On Huawei, Australia shows it can be tough on China and still trade

London: Australia's ban on Huawei shows business can still be done with the emerging superpower, Australia's High Commissioner to Britain, George Brandis has told an audience in London. 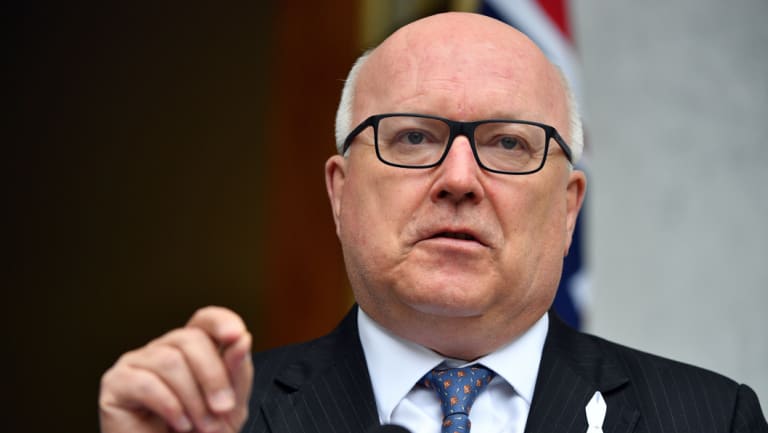 The former Attorney-General's comments to The Policy Institute at Kings College were made just hours before officials in the United States Department of Justice announced charges of bank fraud, obstruction of justice and theft of technology were being filed against the Chinese company.

The charges come on the back of increased tensions between the US and China over Huawei, which is progressively being banned or shunned by the Five Eyes countries, including Australia, amid concerns it could spy on behalf of the Chinese communist party.

George Brandis said Australia's early decision to block Huawei had not led to any disruption to the trading relationship and showed Beijing's "pragmatism" in not allowing its "mercantile interests" to be "intruded upon" by geopolitical tensions in the Pacific.

"The decision by the Australian government to deny Huawei the right to tender to supply Australia's telecommunications spine, the National Broadband Network…did not get in the way of that government entering into a free trade agreement with China," Brandis said.

While Brandis there was a limit to how other countries could replicate Australia's experience he told the London audience: "The Australian experience shows that it is manageable."

He reiterated that Australia balancing of its trading relationship with China alongside its security alliance with the United States was not easy, describing it as "the greatest single challenge to Australian foreign policy"

He said both the United States and China "understand Australia has different equities in the two relationships."

Chinese telecommunications giant Huawei Technologies Co Ltd Chief Financial Officer Meng Wanzhou arrived on Tuesday for a hearing before a Canadian court in a case that has strained Beijing's ties with Canada and the United States.

Canada arrested Meng on December 1 as she was changing planes in Vancouver, at the request of the United States, which on Monday brought sweeping charges against Huawei and Meng that paint the company as a national security threat. Meng was charged with bank and wire fraud to violate US sanctions against Iran.

Her arrest further aggravates US-Chinese tensions at a time when the world's two largest economies are locked in a trade war. US President Donald Trump said in December that he could intervene in Meng's case if it would serve national security interests or help close a trade deal with China.

In her December bail hearing, Meng argued she should be released on bail, citing her longstanding ties to Canada, properties she owns in Vancouver and fears for her health while incarcerated.

In a sworn affidavit, Meng said she is innocent and will contest the allegations at trial in the United States if she is extradited. Meng said she was taken to a hospital for treatment for high blood pressure after being detained. She cited that condition in a bail application seeking her release pending an extradition hearing.

US Treasury Secretary Steve Mnuchin said on Tuesday he expected significant progress in Washington trade talks with Chinese officials set for Wednesday and Thursday. Mnuchin said the US security concerns raised by the Huawei case were separate from the trade issue.

China's foreign ministry has urged the United States to drop the arrest warrant and end "unreasonable suppression" of Chinese companies. China has demanded her immediate release.