Only 50% of Covid jab appointments used at Manchester vaccine centre

Only 50% of appointments for Covid jabs at mass centre in Manchester are being taken up: Mayor Andy Burnham calls for roll-out to be expanded to younger adults so precious doses don’t get wasted

Only half of appointments for coronavirus vaccines are being used at Manchester’s mass vaccination centre, it was revealed today, as Andy Burnham called for the rollout to be expanded to stop doses going to waste.

The mayor of Greater Manchester said the jabs are just ‘sitting in fridges’ at the Etihad stadium’s hub, and warned the situation was similar in other areas.

He said too many Britons in the top priority groups were opting to wait for appointments at local clinics, rather than booking at the major centres.

‘Strictly proceeding by age as the Government is doing at the moment is leading to a massive underuse of resources,’ he told BBC Radio 4’s Today programme.

‘When people are getting the letter, as people in the 65 to 70 age group have got recently, saying “do you want to go to the regional centre at Etihad or do you want to wait to go local?”, most people are going local.

‘That is leading to a situation where we’ve got plenty of slots that are just going unfilled.

‘So our message to the Government is why not open up the mass vaccination centre to a younger, more mobile cohort who then can go and use that and free up then more slots at the primary care level for people who might struggle to get to the regional centre.’

Britain is in a race against time to dish out as many first doses to the top priority groups – including all over-50s – as possible before second jabs must be administered en masse.

No10’s top scientists widened the gap between shots to 12 weeks last month, in a move praised by the World Health Organization, to maximise the rollout.

With the Government taking a cautious approach to easing lockdown this time around, it is widely accepted that all of the nine top groups will need to have had at least one dose before curbs can be eased significantly. 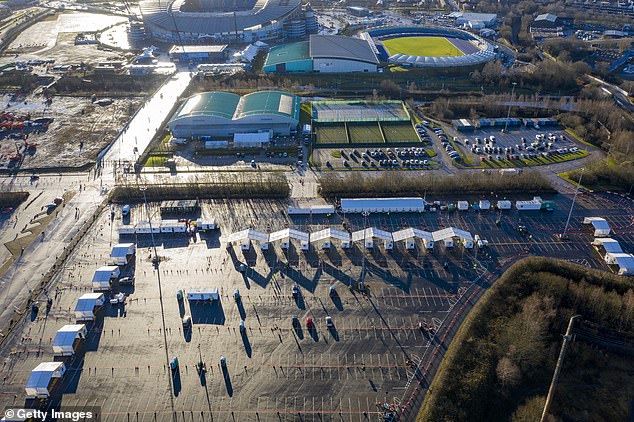 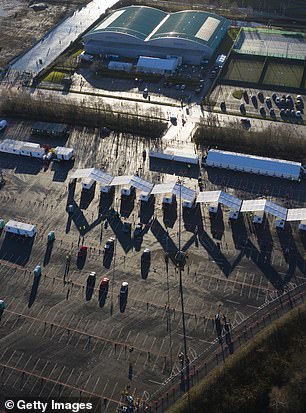 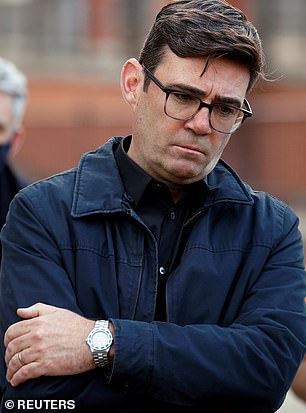 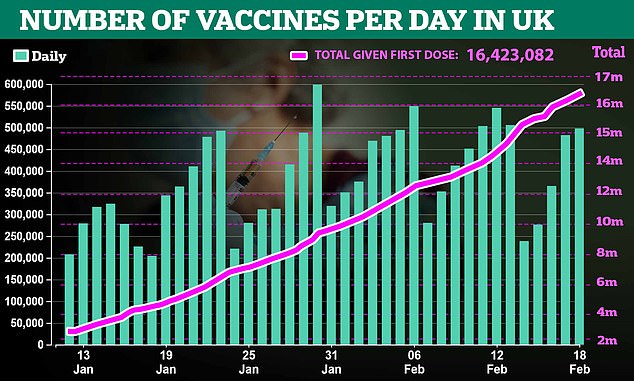 Care home hugs could be allowed after just one jab

Rules on care home visits could be relaxed within weeks to allow people to hold hands with loved ones.

All care home residents and staff in England have now been offered vaccination against Covid, but recipients face a 12-week delay between the first and second shots. Miss Whately said she wants care homes to open up ‘sooner than that’.

She told Sky News: ‘I really, really want to open up visiting in care homes more.

‘What I want to do as we come out of the national lockdown is also increase the amount of visiting.

‘I don’t see that we have to wait for the second vaccination dose – I want us to open up sooner than that.’

Miss Whately said any approach would be ‘cautious’ as most residents will only have had their first dose of the jab, but added she was ‘determined’ to make it happen.

‘Even if it’s to be able to hold hands again and see somebody who you haven’t been able to see very much… I really want to make that happen again.’

Mr Burnham warned ministers that rolling out jabs by age groups is leaving thousands of vital doses just ‘sitting in the fridge’ at mass jabbing centres.

‘I don’t think the picture we have is unique’, he said. ‘I think other mass vaccination centres around the country are reporting something of the same.

He added: ‘What I’m saying to the Government is in the spirit of wanting to see the vaccination programme continue to succeed and recognising the good job that they’ve done it makes sense now to use these mass vaccination centres to the full so that we can make more inroads getting more people vaccinated, and then that will build more confidence about reopening the economy.’

Mr Burnham told a press conference earlier this week that only 50 per cent of appointments available at the Etihad centre were actually being used, local media reports.

It comes after the head of the Francis Crick Institute in London said last week that only 10 per cent of appointments at their centre were being used.

He urged ministers to provide clarity and ensure that more appointments were used, pointing out that Britain needs to get doses to as many people as possible.

The rollout was expanded to the over-65s last week, and in some areas where they are steaming ahead the over-60s have now being added to the list.

But it has been accused of failing to pick up the pace and dish out more doses as the UK remains in lockdown.

The latest figures from the Department of Health show an average of 423,000 doses were being got into Britons arms every day by Wednesday this week.

It comes as the Daily Mail today revealed over-40s could get their first shot of the vaccine within weeks as Government advisers are set to recommend the next phase continues on the basis of age rather than prioritising key workers.

But the age brackets will be wider than before – meaning 40 to 49-year-olds are likely to be invited to have a jab once the 32million people in the top nine groups have had their first dose.

Earlier this week it emerged this target could be hit as soon as March 24, if the daily average is maintained.

This would mean the over-40s being invited for a jab in less than five weeks.

It would be a huge boost for Britain’s vaccine programme and could add to the pressure on ministers to ease the lockdown sooner.

It comes as the head of the Joint Committee on Vaccination and Immunisation said age should be the dominant factor in deciding the next phase of the jab rollout.