Once university management and former auditor of Australian universities, Dr Michael Tomlinson knows the difficulty of ‘herding’ academic opinion but sees increasing value in them.

Academics spend their lives pursuing critical inquiry and pride themselves on demolishing erroneous arguments. Consequently, managing and governing a university is often likened to “herding cats”.

Academics should be ornery and opinionated, and there would be something wrong with a university where they kept quiet and went along with everything proposed by management. 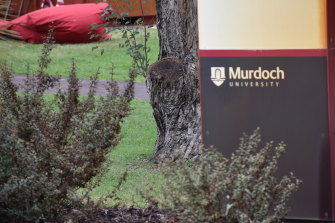 For centuries, universities kept to their traditions as small unworldly communities of self-governing scholars. Then they went through phases of high growth and expansion, funded first by governments and then through fees.

Governments understandably felt that governing organisations with income flows and assets of this magnitude required business skills, and so the membership of university councils was changed to ensure that there is always a majority of external members, and many of these members come from the corporate arena. 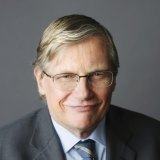 In recent decades, there have been unprecedented opportunities for universities to grow their income and reduce their dependence on government by recruiting large numbers of international students.

There has been a long boom for Australia’s universities over the past few decades, enabling them to finance ever-growing research profiles and so increase their international rankings.

But the pressure to take in more and more international students could potentially lead to compromises in quality, with students being admitted who are not well positioned to succeed.

Staff members might then feel under pressure to pass these students who have paid a lot of money for the privilege of attending the university.

Murdoch University came relatively late to the field and set about increasing its international student numbers quickly to catch up with its peers.

A group of academic staff members came to believe that the pressure to take more and more students was leading to some corner-cutting.

They raised their concerns internally at first before going public.

Like all whistleblowers they then came under fire, which attracted the attention of the Tertiary Education Quality and Standards Agency (TEQSA), the national regulator.

All this has been settled, but it raises issues about university governance that bear thinking through.

Have we gone too far in weighting university council membership towards the corporate sector?

These members have much to contribute, and I learned a lot from them in my time as secretary of a university council.

The higher education sector can be quite inward-looking and the corporate members can be more strategic in their view and can bring in valuable experience from the outside world.

However, they characteristically feel they know little about higher education quality, and so will defer to management on these matters.

There is a strong case for having more people on university councils who understand the core business. Research shows that companies benefit from this, so why not universities?

One valuable avenue to explore consists of ‘hybrid’ individuals who may have started off as academics but gone on to accumulate experience in business, such as the former chancellor of Monash University, who later become Australia’s chief scientist.

Internal academics and students are also a valuable resource.

Staff members can be in an uncomfortable position, as members of a governing body that holds accountable managers they ultimately report to. This is unusual in corporate governance, but in practice usually works well.

According to governance theory and law, they are bound to act in the best interests of the university as a whole when they make a decision, but it is entirely open to them to voice the perspective of staff members in the debate and bring that to bear on their vote.

The COVID-19 pandemic has taken away the punchbowl, the long boom has ended and the pipeline of new international students has dried up for the time being. This gives all providers an opportunity to reset their targets for the future.

It would be wise to set them 5 to 10 per cent lower than they might have done in the past and go for quality.

And make sure when these decisions are made that everyone is around the table. No-one has ever succeeded in herding cats, but at least try and include them and bring them on board.