Millions applying for 90,000 positions highlights Modi’s failure to keep his promise to create 100 million jobs by 2022. 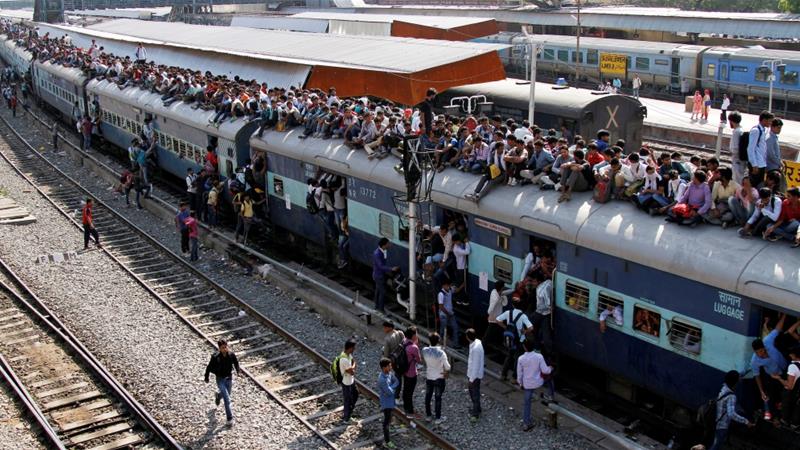 More than 25 million people, a number greater than Australia’s population, have applied for about 90,000 positions advertised by India‘s state-run railways, underlining the challenge Prime Minister Narendra Modi faces in providing millions of jobs ahead of the general elections in 2019.

Modi was voted into power in 2014 on promises to reignite growth in Asia’s third-largest economy and provide jobs.

But his flagship “Make in India” initiative to lift the share of manufacturing in India‘s $2 trillion economy to 25 percent from about 17 percent and create 100 million jobs by 2022 has so far failed to deliver on its promise.

The railway, which currently employs 1.3 million people, said it was filling tens of thousands of vacant positions for engine drivers, technicians, carpenters, track inspection crews and other roles related to improving safety in the world’s fourth-largest network.

“We’ve not been recruiting for the last couple of years and attrition is already there. And so we require people,” Ashwani Lohani, chairman of the railways board, told Reuters news agency.

The Railway Recruitment Board advertised for the positions last month and, since then, 25 million people have filed online applications from around the country, Lohani said. The closing date is Saturday.

The recruitment drive would be the largest conducted by a state-run organisation since Modi took office four years ago, struggling to find jobs for an estimated 1 million young people that enter the labour force each month.

“It shows that there is really a paucity of jobs, and the other thing is about the great preference that Indians have got for government jobs. We need to move away from this.”

The railways are India‘s biggest employer and are in the midst of a $130bn modernisation plan.

Applicants will take a written test available in 15 languages, according to the ad. There is also a physical fitness test, and different criteria for men and women have been specified.

Lohani said it would be a logistical challenge to sift through 25 million candidates, but the railway was equipped to handle it. “We had to come out with an open advertisement, that is the only way to do it,” he said.

Even after the railway completes the recruitment, the challenge will be training the new workers, which is critical for safety, another expert said.

“When you take 90,000 people in one shot, you don’t have the training facilities,” said Pronab Sen, country director for the UK-based International Growth Centre, which is focused on economic policies.