Paedophiles are 'tricking children into abusing siblings and friends'

Paedophiles are tricking children into abusing siblings and friends as they watch online in disturbing new trend, charity warns

Paedophiles are tricking children into abusing their siblings and friends as they watch online in a ‘disturbing’ new trend, an internet safety charity has warned.

The Internet Watch Foundation (IWF) said it had uncovered 511 examples of self-generated child sexual abuse content involving siblings in a three-month study between September and December.

Children as young as three were found to be victims, while the oldest was 16.

Typically, one child was only slightly older than the other, though there were some cases with more significant age gaps of up to five years or more.

There were also a small number of incidents involving more than two children.

The IWF – which is responsible for finding and removing images and videos of child sexual abuse on internet – said it is clear adults are using live video streaming platforms to exploit young people, before sharing snapshots widely elsewhere. 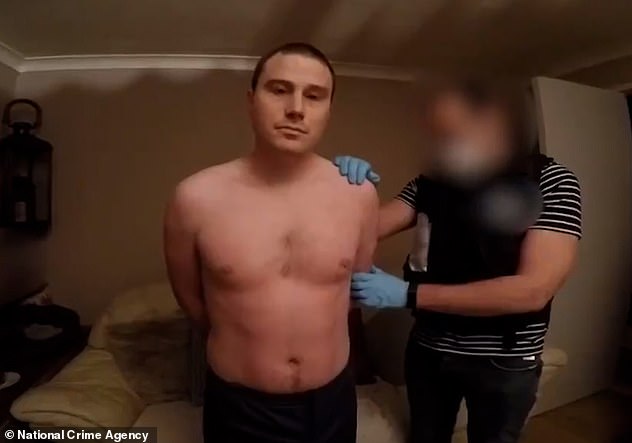 According to the National Crime Agency, David Wilson’s 96 child sex offences included grooming children over the internet into abusing their siblings and friends 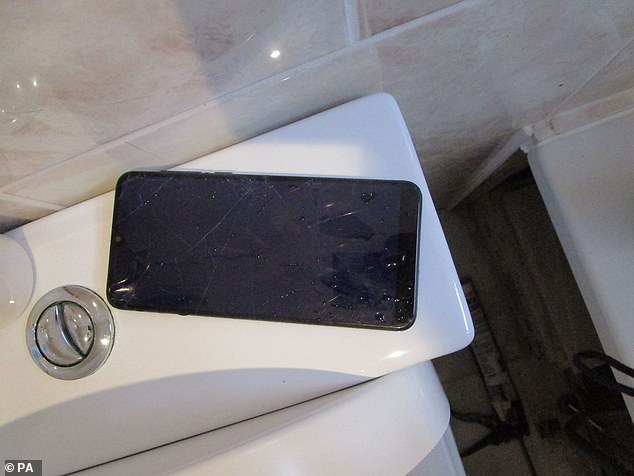 The ploy is eight times worse than experts had feared.

In some cases, adults pose as children and suggest a game or dare activity, with no evidence that the children have any understanding of what is going on.

IWF chief executive Susie Hargreaves said: ‘This tactic is emerging as a disturbing new trend in offender behaviour, and we know the youngest children are the most vulnerable, and often disproportionately suffer the worst kinds of abuse.

‘Predators are now not only using the internet to contact, coerce and abuse children – they are now using those children to get to other victims.

‘Abuse often takes place in children’s own bedrooms, when parents think children are safe – playing with their siblings.’

The IWF said there are fears that this disturbing new trend may indicate that predators are actively seeking to abuse children in this way.

One of Britain’s most prolific paedophiles, who posed as teenage girls on social media to get dozens of young boys to send explicit images of themselves and other children, was jailed for 25 years last month.

He is thought to have approached more than 5,000 children globally before being arrested by investigators, who had been sent information by Facebook.

According to the National Crime Agency, Wilson’s 96 admitted child sex offences included grooming children over the internet into abusing their siblings and friends.

Ms Hargreaves added: ‘The scale of the abuse has been particularly shocking. We know each image is a crime scene, and that all the children are real children. 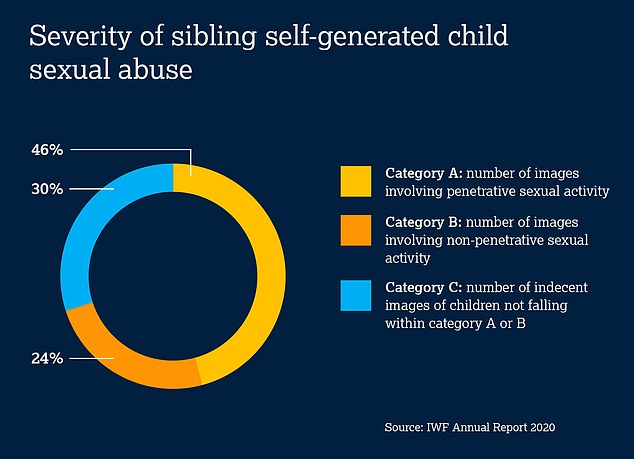 ‘To see them coerced and bullied by dangerous predators into then abusing other children is beyond heart-breaking.

‘If parents think their children are safe because they are inside the house, they need to know they are not.

‘Predators can approach children and strike up a conversation using internet-connected devices without parents even being aware.’

Andy Burrows, head of child safety online policy at the NSPCC, added: ‘The pandemic has permanently changed the landscape of online child abuse with high-risk livestreaming and video chatting features being exploited by offenders.

‘But in the competitive rush to roll out new products tech firms have put commercial interest before children’s safety with dangerous design choices and weak moderation arrangements in place.

‘The upcoming Online Safety Bill must tackle this abuse by compelling tech firms to identify and fix risks on their platforms before launching them and allowing children to come to harm.’

Under the new online harms bill, businesses will have a new ‘duty of care’ to protect children from cyberbullying, grooming and pornography.

They could also be punished if they fail to prove they are doing all they can to tackle dangerous disinformation about coronavirus vaccines.

Ministers say that, as a last resort, senior managers could be held criminally liable for serious failings – although that law would only be brought in if other measures are shown not to work.

The new rules are designed to protect visitors to sites which allow users to post their own content or interact with others.