Painter plummeted to the ground after a pensioner shook his ladder

Moment a painter, 46, plummets 30ft to the ground when a passing pensioner shakes his ladder because it is ‘blocking the pavement’ in Peru

This is the shocking moment a painter plunged 30ft to the ground after a pensioner in a wheelchair shook his ladder because it was ‘blocking the pavement’.

Decorator Fernández Sanchez, 46, was painting the outside of a house on Boxing Day in San Martin de Porres, Lima, Peru.

CCTV shows the ladder propped up against the three-storey house which was tied to a door with rope for extra stability. 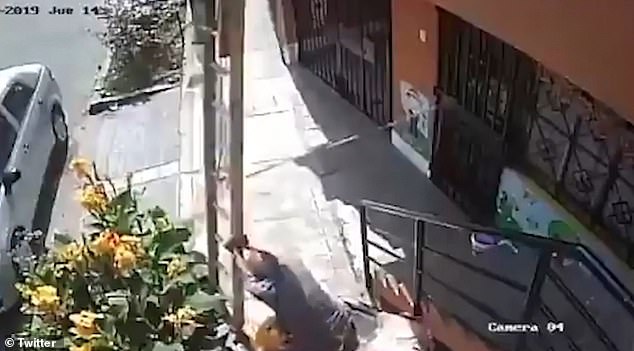 The elderly man in a wheelchair furiously shakes the ladder on the pavement in San Martin de Porres, Lima, Peru, because it was ‘blocking his path’

However it is believed the OAP, who is believed to sell incese at the Palao market, became enraged because the rope was blocking his path.

The video sees the pensioner in the wheelchair grab hold of the ladder and shake it furiously with both hands sending Mr Sanchez crashing onto the concrete.

Suddenly a pedestrian rushes over with his dog as the elderly man, known locally for being rude, waves his hands in the air to justify his actions. 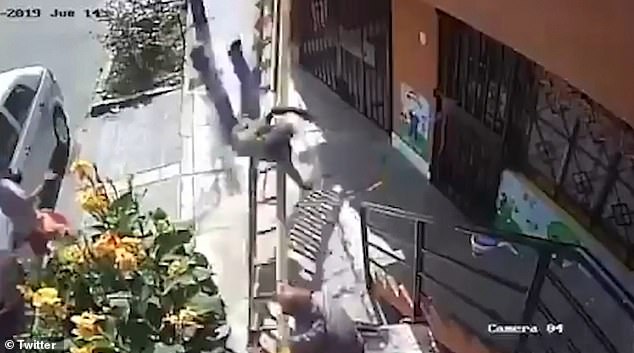 Decorator Fernández Sanchez, 46, plummets to the ground as the pensioner used both hands to pull the ladder down 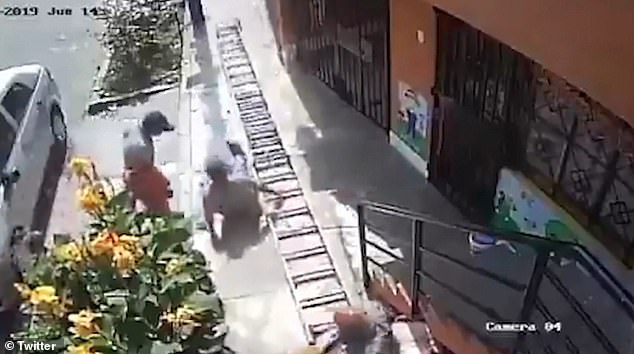 Mr Sanchez miraculously stumbles to his feet before propping himself up against a car.

He was later taken to hospital however he did not suffer serious injuries, according to RPP Noticias.

The homeowner Adam Carranza was with his granddaughter and said they could have been injured if the ladder had fallen the other way. 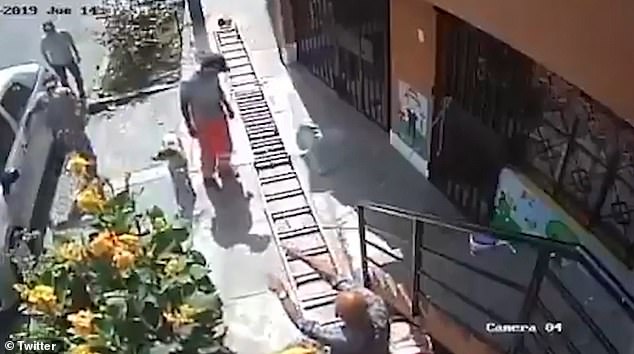 ‘He always speaks with rudeness when there is something on the pavement’, one local said.

Police have now launched an investigation and are attempting to identify the man after the incident was captured on CCTV.