Mother and father attack small boy after WRONGLY thinking he had fouled their son, six, while playing soccer in Brazil – and even order their child to hit the innocent player

This is the extraordinary moment two Brazilian parents took violent revenge on a young boy they accused of fouling their son in a football game.

Footage shows the father holding the youngster back while his son slaps him, before the mother joins in and pushes the six-year-old schoolboy to the ground.

The row was all the more bizarre as the couple’s son had not been fouled at all, but tripped over his own feet while dribbling the ball on a sports court in Brasilia.

The parents, named in Brazilian media as Alexandre Campos and Danielle Santos, may face charges for the attack and could even be sent to prison. 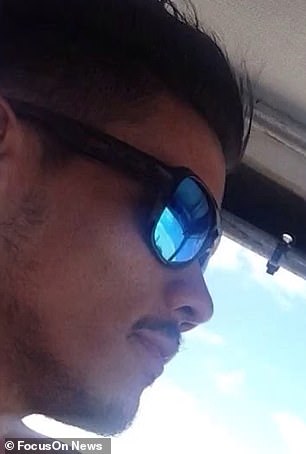 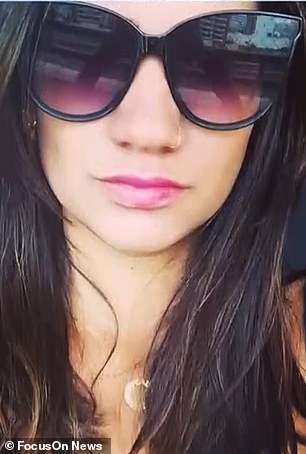 The violence erupted during a three-man kickabout at a private condominium in Brasilia last Sunday, December 9.

The boys were playing together when the couple’s son lost his footing and fell while trying to dribble towards goal.

Moments later a crowd had gathered around the boy, who had cut his lip and was bleeding from the mouth, before an older girl ushers him away.

Two minutes later the injured boy’s father, Mr Campos, is seen hurrying towards the court carrying his son in one arm.

With other children watching the father marches over to the accused player and grabs hold of him while his son appears to slap the other boy.

The father walks off but the boy’s mother, Ms Santos, is seen striding into view and shoving the terrified boy, sending him tumbling to the floor.

The defenceless six-year-old, who has not been named, is said to be so traumatised by the assault he is suffering from nightmares and refuses to leave the flat unless an adult is with him. 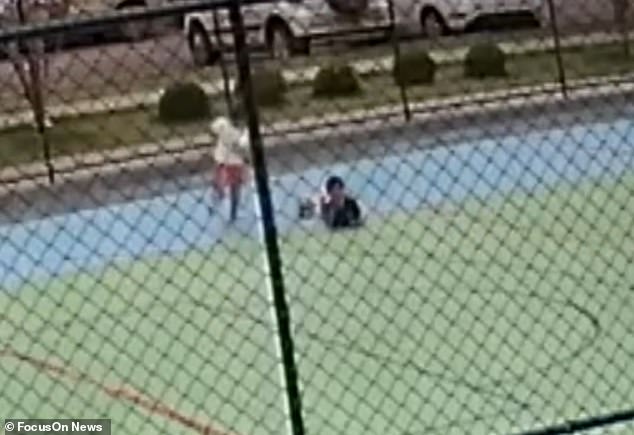 Trigger: The boy in the dark shirt falls over as he tries to manoeuvre past his opponent during a kickabout in Brasilia. His clumsy feet sparked an extraordinary response from his parents 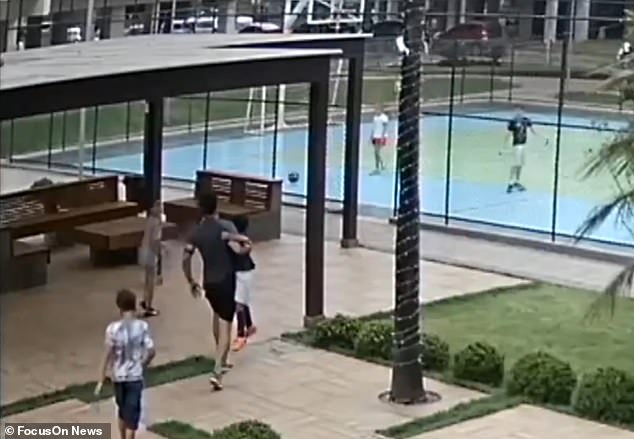 Revenge: The boy’s father, carrying his injured son in one arm, marches towards the sports court in Brasilia to attack the six-year-old schoolboy he thought had fouled his son 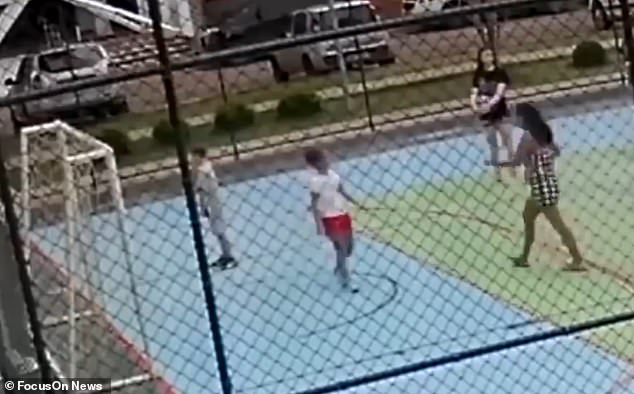 Joining in: The furious mother of the boy who tripped marches into the court before pushing over the terrified six-year-old

A furious aunt of the child who was attacked said the violence was ‘disgraceful, unbelievable and unacceptable’.

The child was reportedly staying with his aunt, Jucinea Nascimento, in the gated community in Brasilia during the school holidays.

She told G1: ‘I went to speak to the pair to try to understand the reason behind their actions but they refused to talk to me because it seems they still believe my nephew attacked their child.

‘It breaks my heart to see a grown man appear to bully a child by approaching him with threatening behaviour then holding his arms behind his back and instructing his son to hit him in his face.’

The aunt said that after falling over and hitting his face the boy had apparently gone to complain to his parents, who saw his mouth bleeding and reacted angrily.

Her sister, the child’s mother Jucimara Merces, said her son had been ‘raised in a family with love and affection’ and was a ‘calm and kind child who does not fight’.

The case has been registered with the Child and Adolescents Protection Police Station where detectives said the couple may be charged with actual bodily harm, which carries a prison term of up to a year.