THE parents of a missing girl have been charged with murder after her remains were discovered in a burnt-out attic following a house fire.

Ana Lorea, then aged 10, vanished in Phoenix, Arizona in 2017 and remained missing for three years. 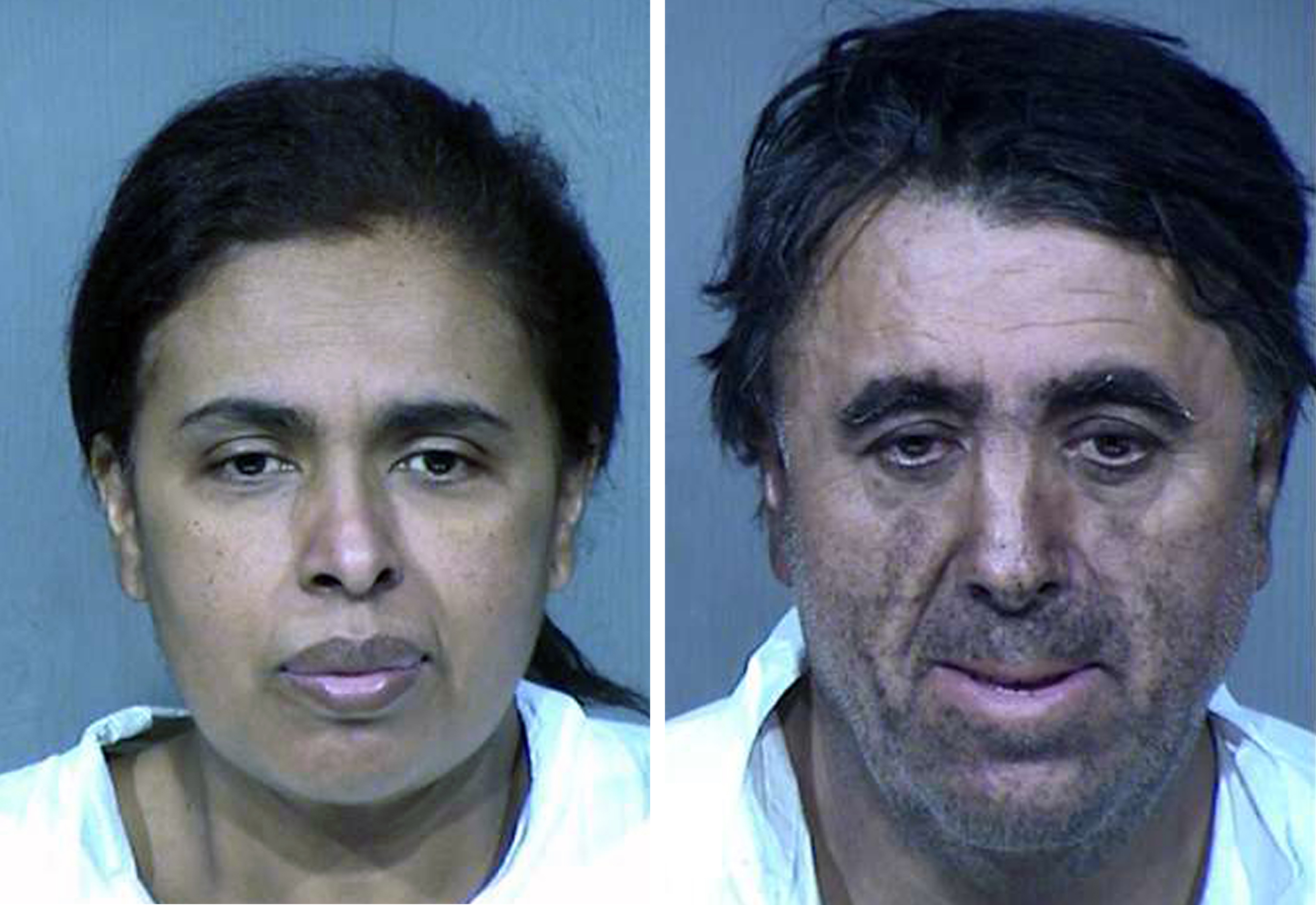 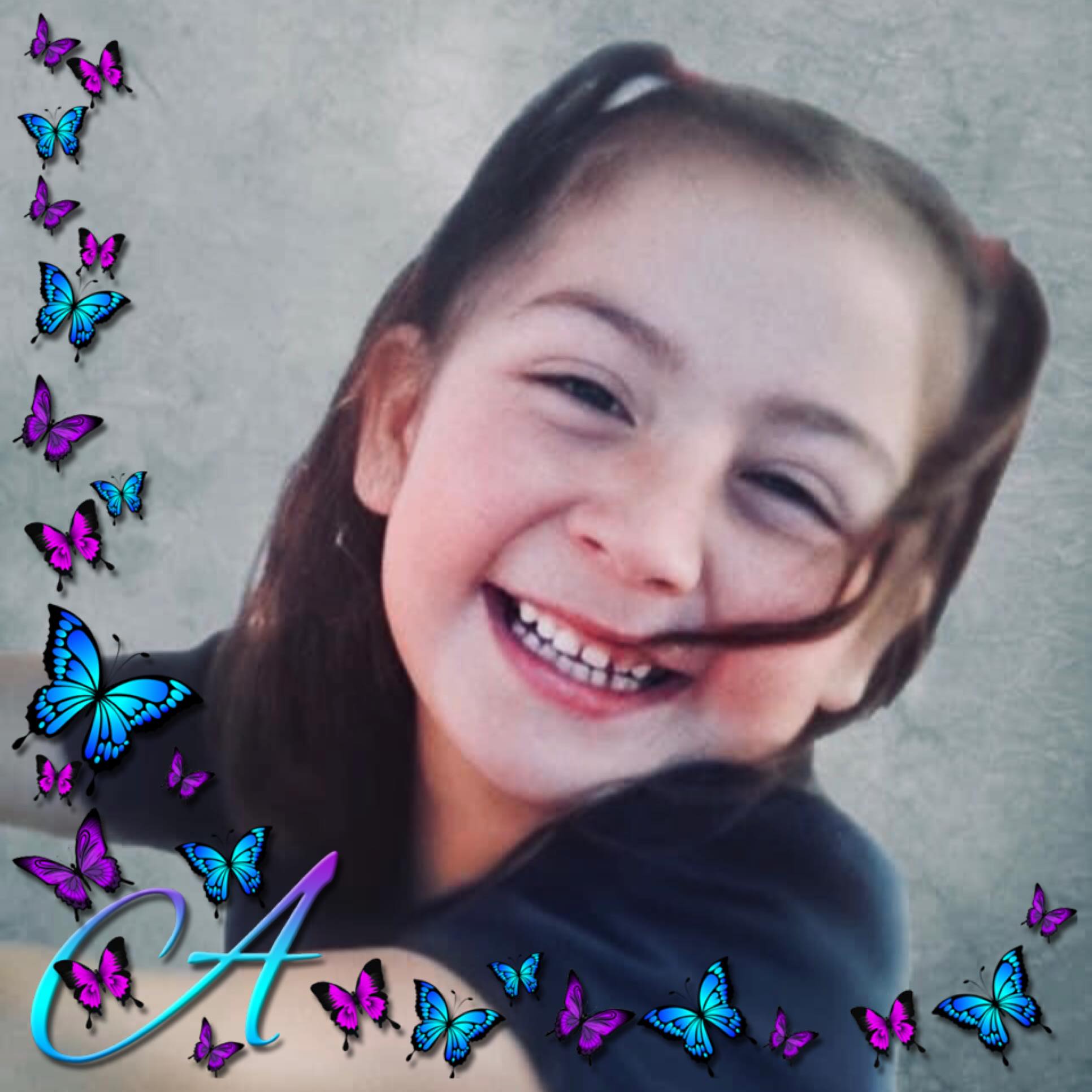 ABC15 reports how Maribel Loera, 51, and Rafael Loera, 57, had already been charged with arson, child abuse, concealing a dead body and endangerment in January 2020.

But on Good Friday the pair were charged with murder after human bones were discovered in the attic of their family home last year, believed to be that of young Ana.

Rafael Loera previously told police that Ana became ill in July 2017 and that he waited several days before trying to seek medical attention.

A police report from the time stated Loera told officers the child died on the way to the hospital.

He also claimed Ana's death wasn't reported out of fear that their other adopted children would be taken away by the state.

Friday's gruesome find came after a girl, aged 11, reported that she’d been neglected and abused by the Loeras. 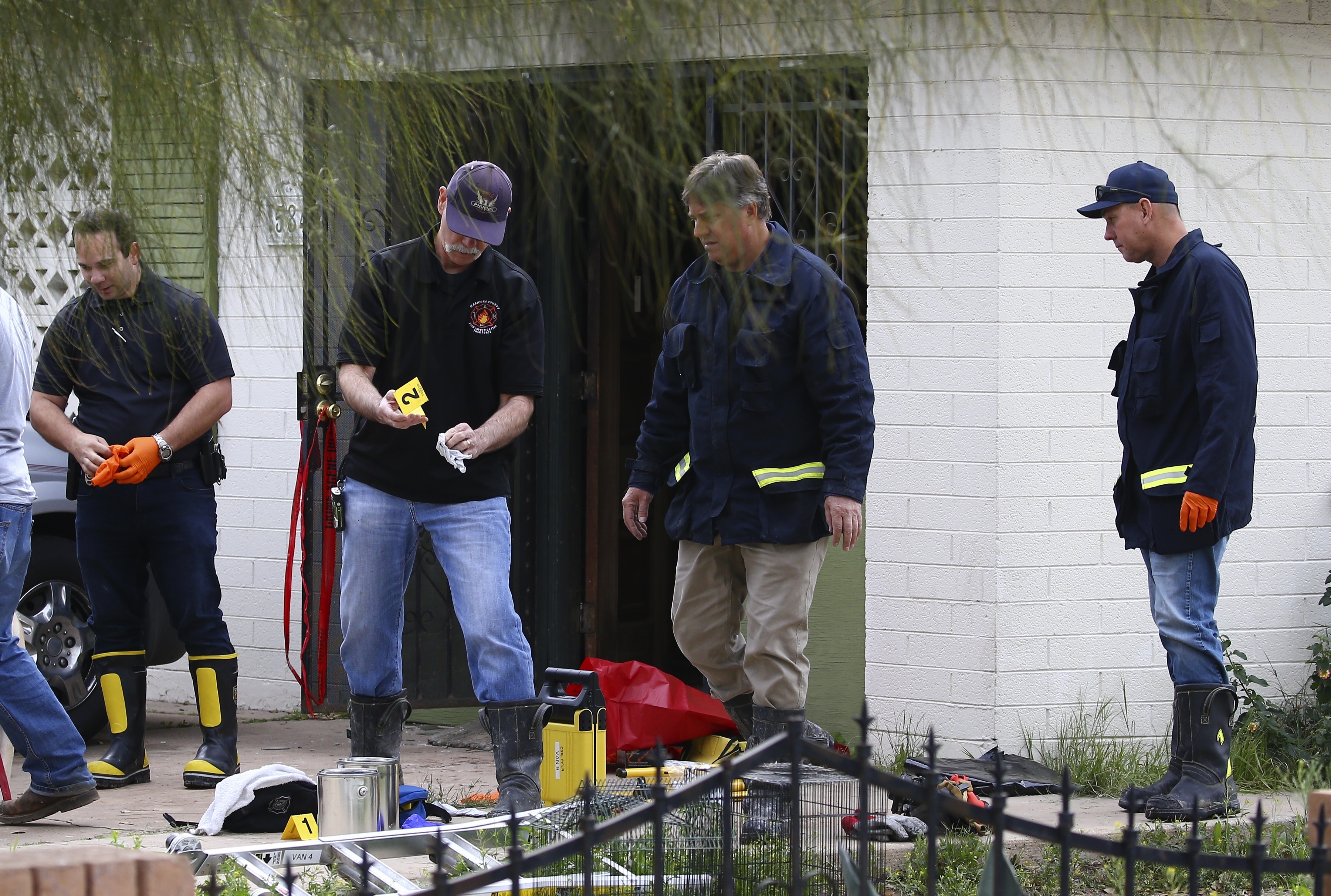 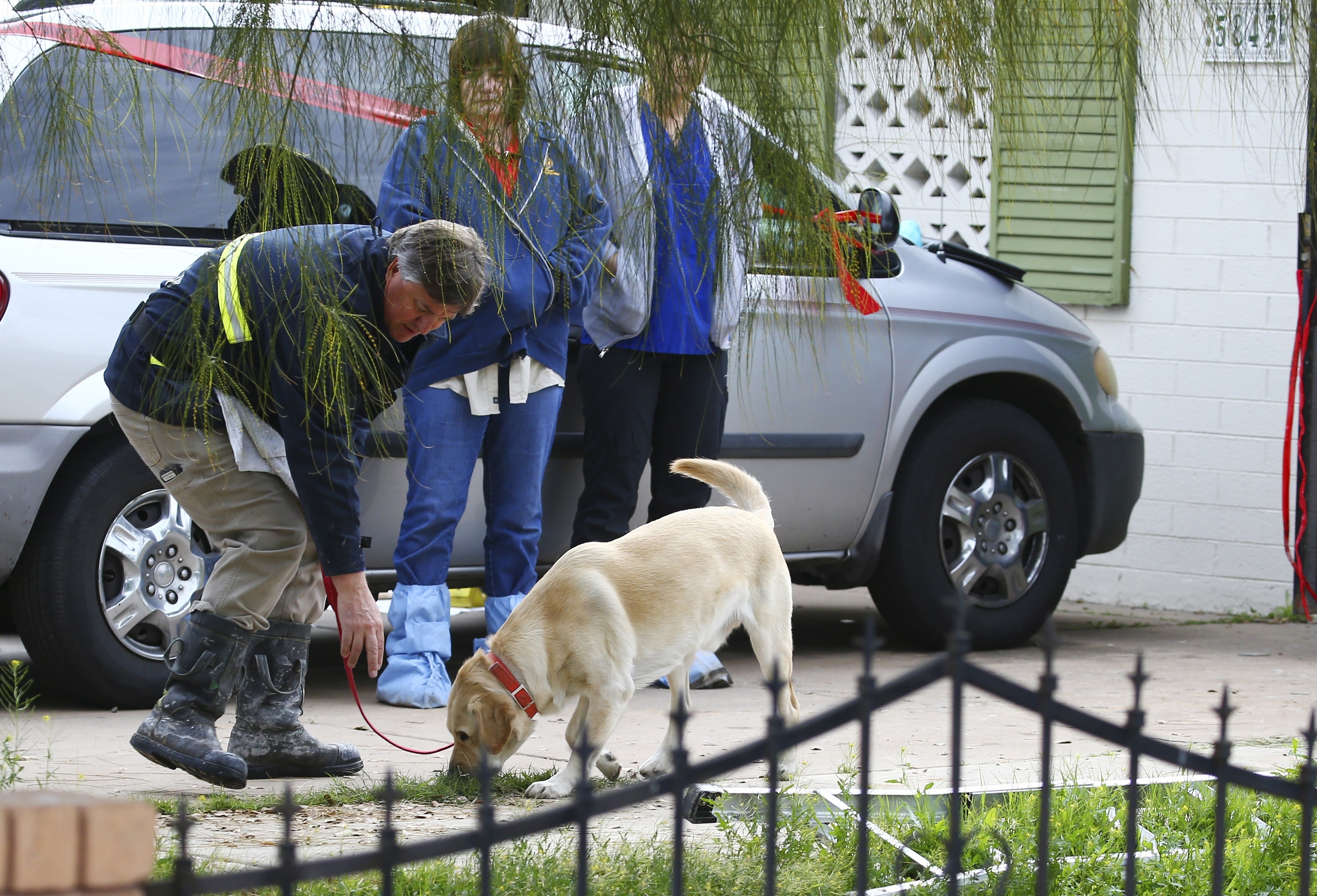 She told authorities Maribel had left her alone while she was in Minnesota with two siblings, a 4-year-old boy and a 9-year-old girl.

The child, who said Maribel struck her on multiple occasions with knotted extension cords and slammed her head into walls, was removed from the home – but there were no other children there at the time.

Responding to the distressing call, police said they arrived at the property to find it in "dissaray" and discovered human faeces on the floor.

The Arizona Department of Child Safety (DCS) took the girl into their custody that evening.

A week later the DCS returned to the property and removed the other two children – but shortly after they left emergency services responded to reports the house was on fire.

And on arrival, fire crews made the gruesome discovery of human remains when they pulled down drywall and ventilation. 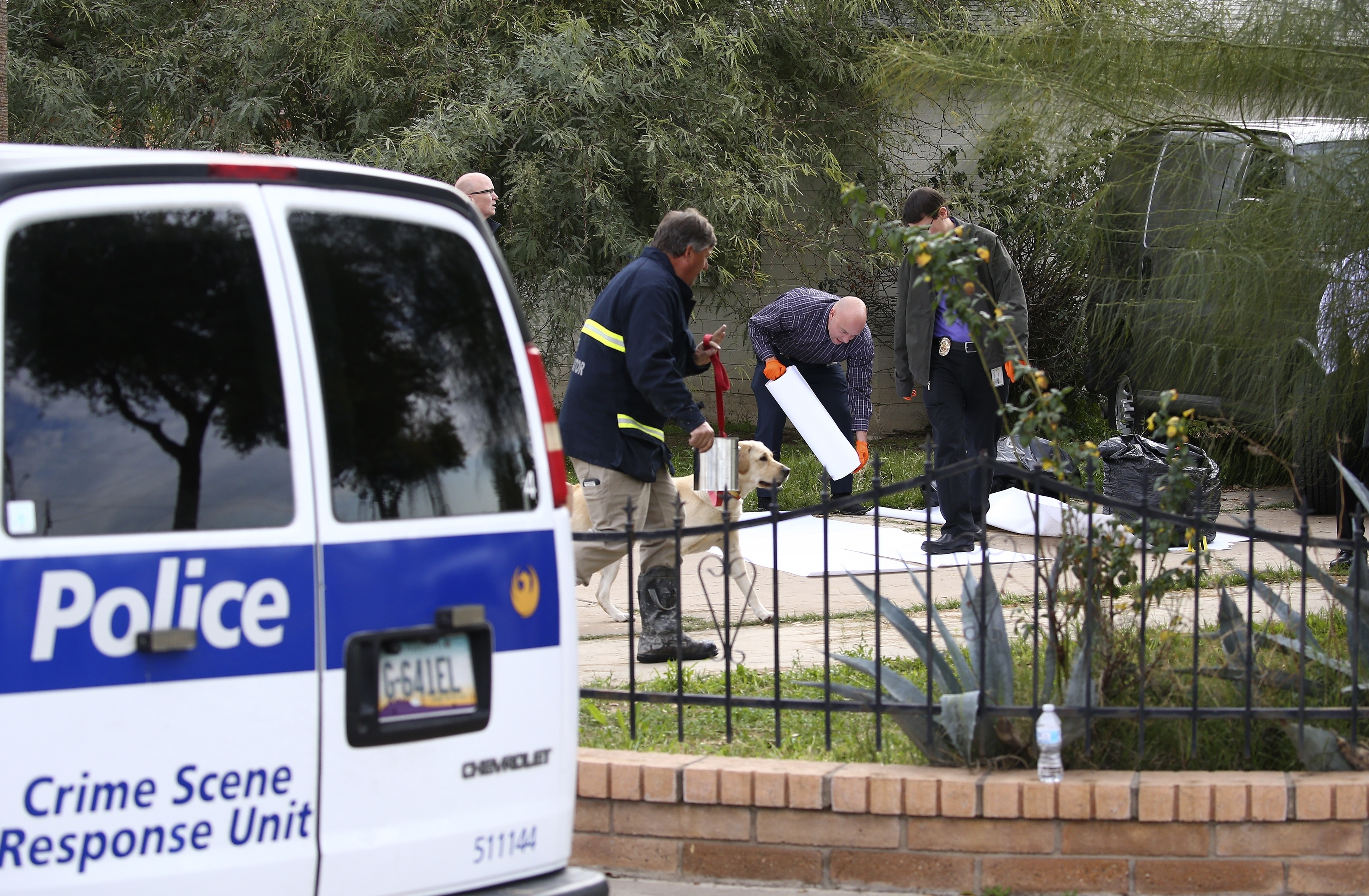 “As they did so, they immediately stopped and observed what they perceived to be human bones which came from the ceiling, resting on top of the attic insulation,” police paperwork filed at the time said.

The medical examiner determined her death to be a homicide.

On January 28, after the two younger children were taken from the home, Rafael said he felt “hopeless” and took Ana’s body from the attic where they’d kept it, poured gasoline around the fireplace, and tried to burn the house down.

A police report said that the 11-year-old had “numerous abrasions, scars, healed burn scars, injuries to her back, buttocks, abdomen and chin,” and that the boy had injuries in various stages of healing over his entire body.

He also had cuts and abrasions on his face and “loop marks on his legs, injuries too numerous to count,” according to CBS5.

Both Rafael and Maribel now face charges of murder, child abuse, concealment of a dead body and arson.