‘Cold sore virus took our baby at 13 days’: Grieving couple warn of lethal danger of HERPES virus that claims the lives of 65 infants a year… and could be passed on by a kiss from a relative

A grieving couple are campaigning to raise awareness of the potentially lethal dangers posed to newborn babies by the common cold sore virus.

Sarah Higson and James de Malplaquet’s son Kit died of the virus – which can be passed on by an innocent kiss or touch from a relative or nurse – at just 13 days old.

Now, in a bid to bring hope from tragedy, the couple have set up the Kit Tarka Foundation, a charity to raise awareness of an infection that experts believe claims the lives of at least 65 babies a year.

Kit was healthy when born at the Royal Sussex Hospital in Brighton last September by emergency caesarean at 39 weeks. 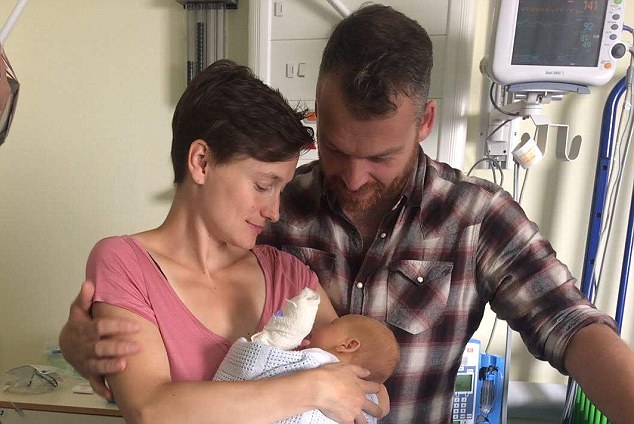 But a blood sugar problem led to him being placed in special care. Doctors suspected a bacterial infection so gave him antibiotics, but they did not test for viral infection.

The youngster rallied and was discharged, but was rushed back into hospital the next day because he appeared jaundiced.

Despite being given more antibiotics, his condition worsened and he was rushed to the Evelina Children’s Hospital in London, where doctors diagnosed herpes simplex virus (HSV) infection – the same virus that cause cold sores. By then, however, the infection had spread, causing sepsis and multi-organ failure and Kit died the following day.

Charity worker Sarah, 37, had looked on helplessly as doctors tried to save her tiny son.

She said: ‘I remember them trying to resuscitate him, trying to bring him back by pumping his little body. That still haunts me.’

‘It’s a very dangerous infection but the earlier it’s recognised and treated, the better,’ he said.

‘If it isn’t spotted, babies suffer multi-organ collapse, which is just irretrievable.’

Almost nine in ten cases of neonatal HSV involve the baby being infected during childbirth, because the mother has genital herpes. 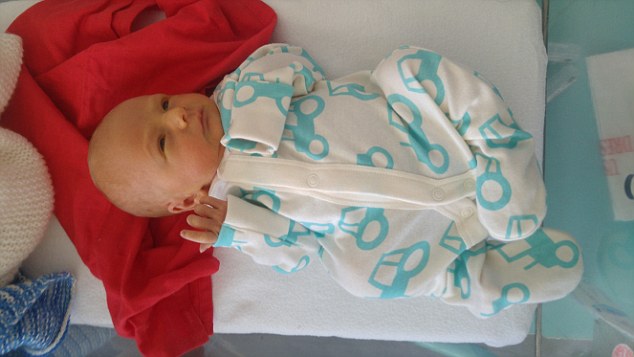 But Sarah had tested negative for the virus and, since she had a caesarean, believes it most likely that Kit was infected by a touch from a nurse or doctor who had a cold sore.

Evidence about baby deaths caused by HSV is scant.

In 1996, a nationwide study concluded it caused eight deaths a year, but a study by Dr Davies in Nottinghamshire in 2014 based on the number of cases there suggested the number of annual deaths nationwide could be at least 65.

The couple’s foundation has so far raised £15,000 towards the cost of a new nationwide study.

Nicola Ranger, Chief Nursing Officer for the Brighton & Sussex University Hospitals NHS Trust, said: ‘HSV infection is very rare in babies and can often be very difficult to diagnose. We are supporting the Kit Tarka Foundation to raise the profile of neonatal HSV infection and absolutely support the Foundation’s mission and vision.’