HUNDREDS of passengers were forced to queue for two hours in a room with 'no ventilation' at Heathrow Airport today – with families slamming "barbaric" conditions.

Returning passengers led chants of "We want more staff" after just three members of staff were available to check passports at the UK's busiest airport. 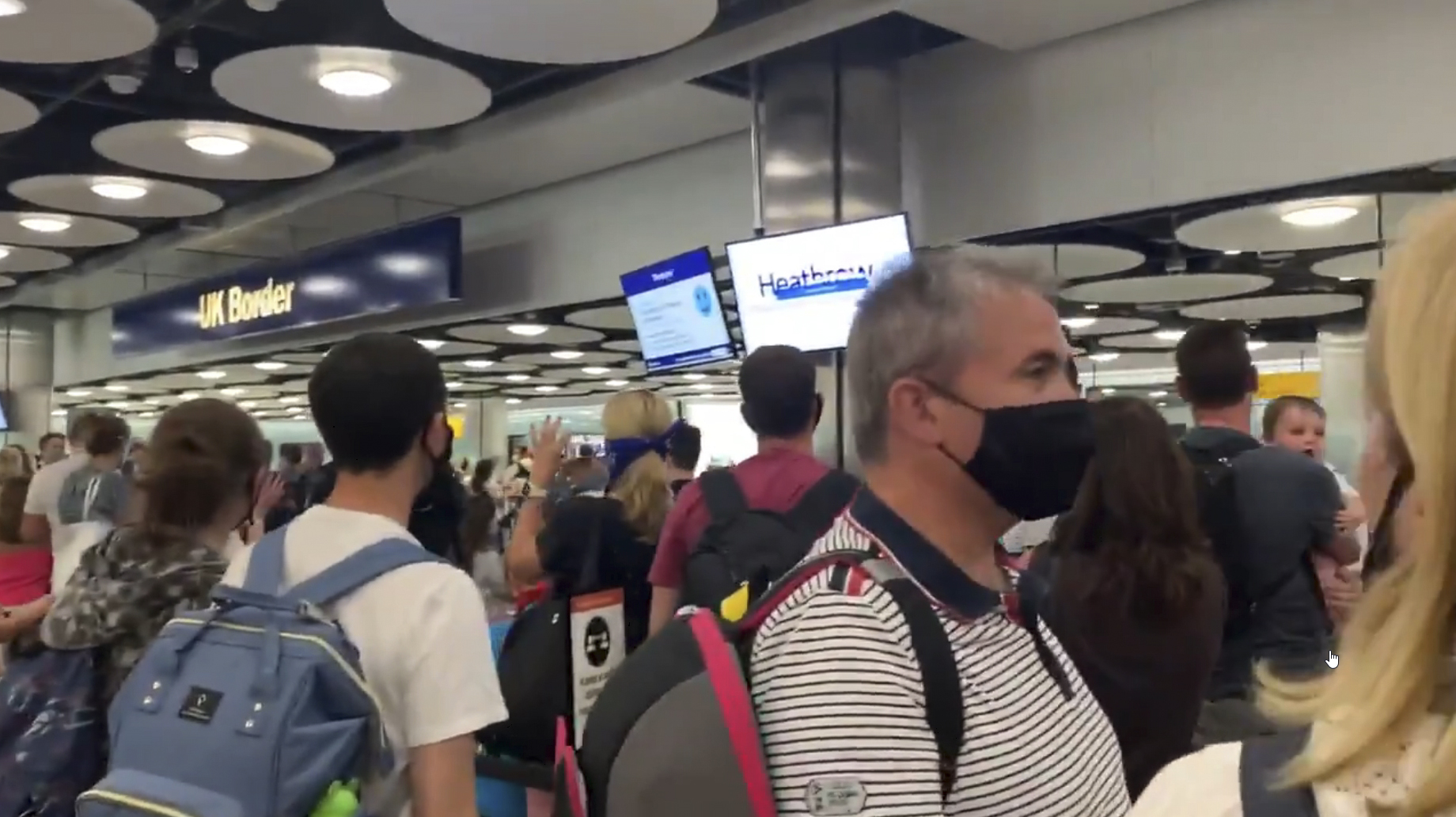 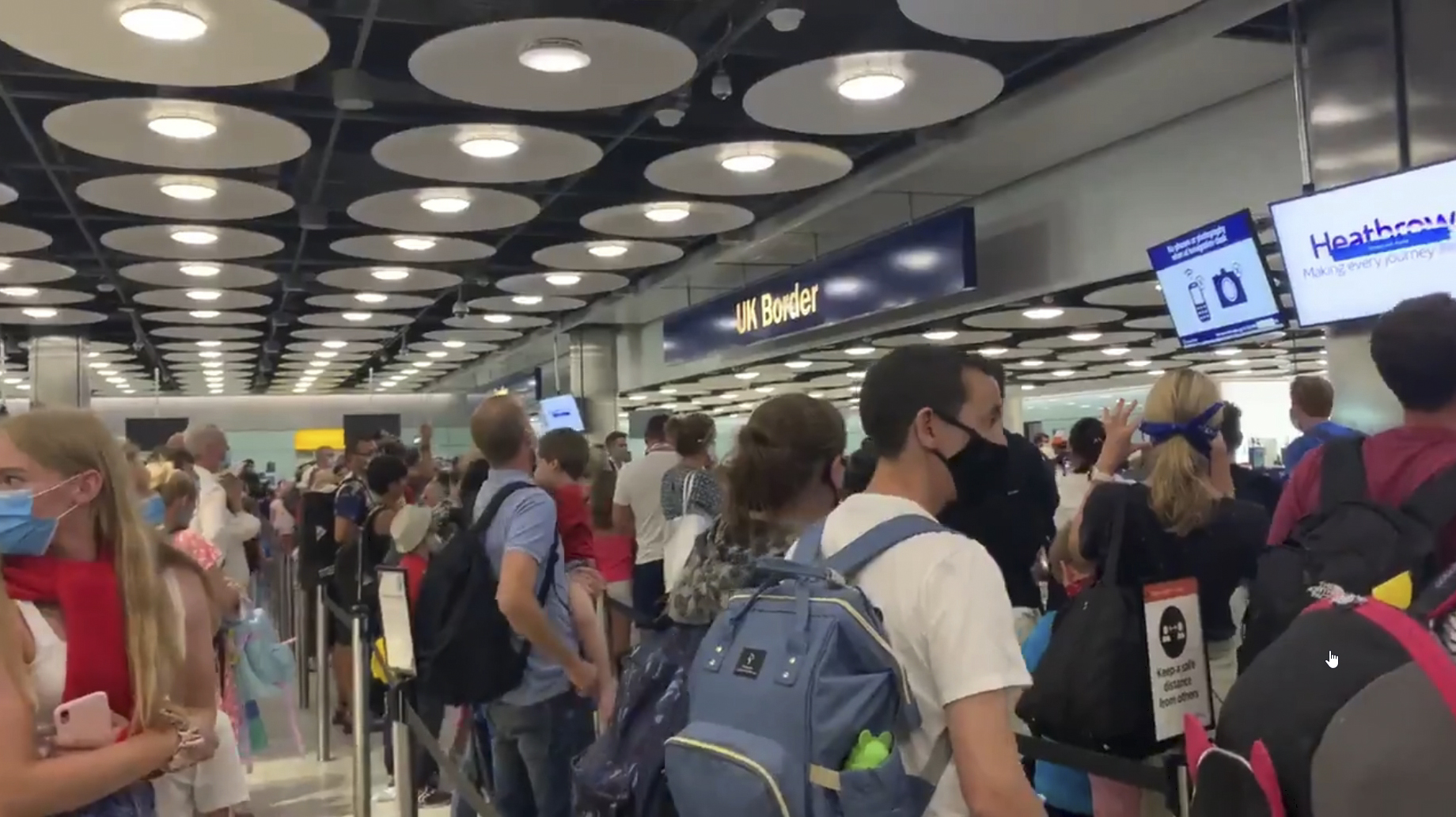 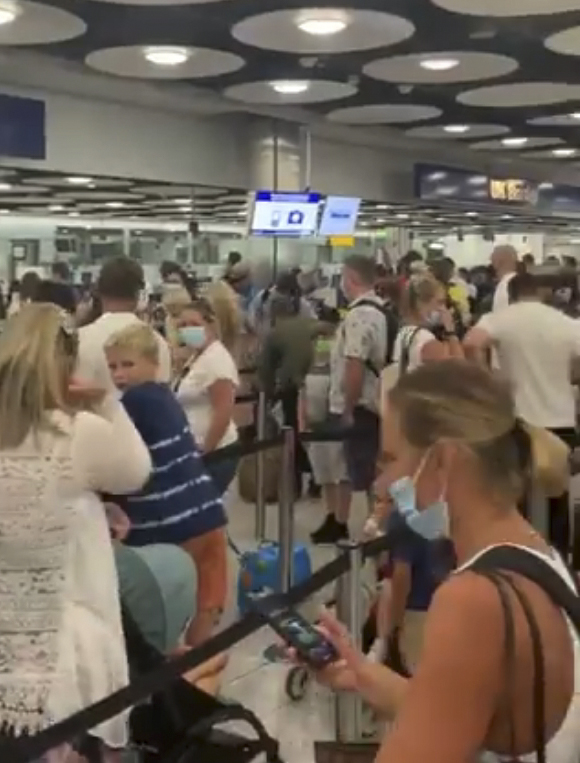 Now bosses at the airport have branded the situation "totally unacceptable" – but say they were powerless as the gates are controlled by UK Border Force.

Natalie Crane, 32, from Surrey, had arrived back from a holiday to Majorca with her husband, mother, and three young children when she was faced with a two-hour delay.

"There was no social distancing, no ventilation – it would have been impossible to socially distance that many people in the room.

"It was just barbaric."

However, many families are unable to use them because of age restrictions for children.

It meant huge queues of Brits returning from summer holidays had to wait to see a border officer.

Natalie said: "After a while we found out there were only three people on the counters checking passports. 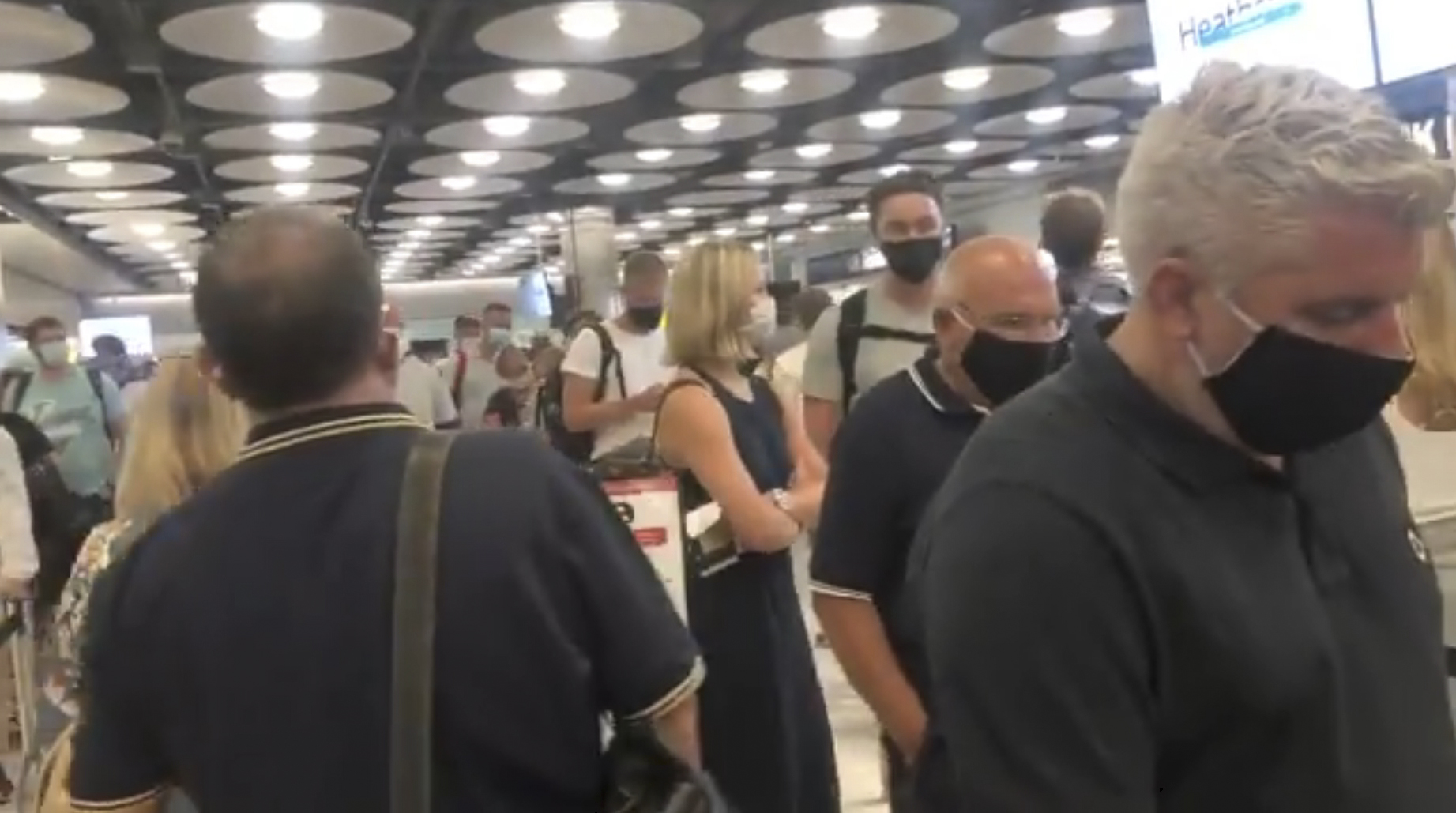 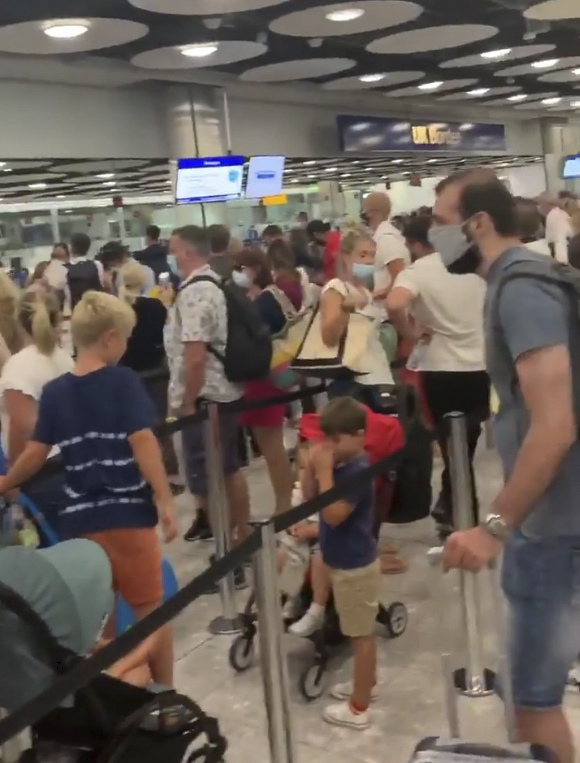 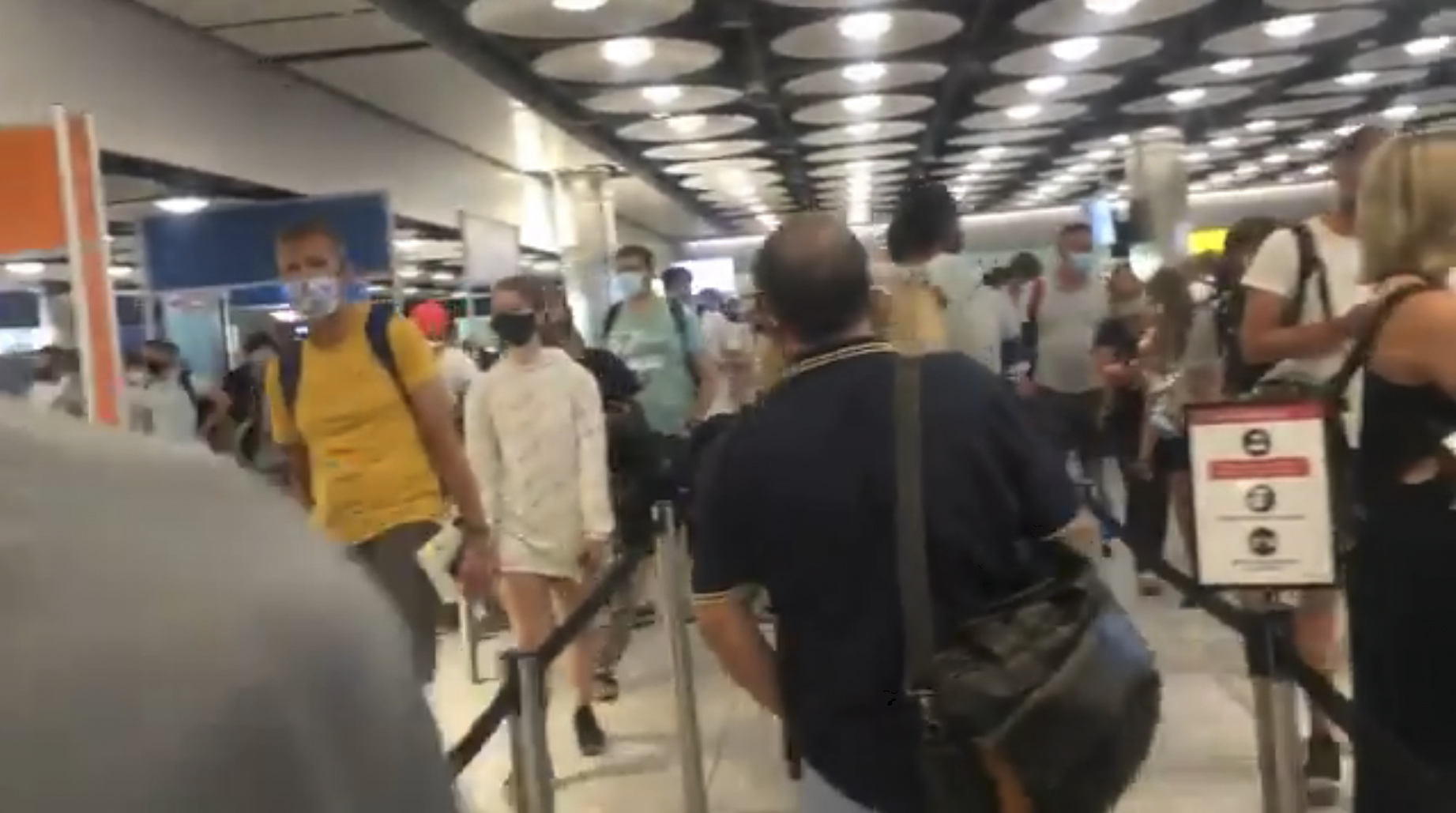 "Ten minutes later, all of a sudden, you’ve got about 10 staff on.

"When we complained to one of the staff on the counters because he wasn't making people aware he was available, his response was, 'Don’t go on holiday'.

"There was no compassion from the staff whatsoever.'

A spokesperson for Heathrow Airport said the queues were "totally unacceptable", but that Border Force have forecasting systems to help avoid passenger queues on arrival.

Natalie said: "We went to Majorca last Saturday, so the evening we arrived, we found out that Spain was being taken off the list and that the Balearics and Canaries were not going to be exempt.

"I can’t say it ruined the holiday because once we were there, we knew we had to try and enjoy it, but it was disheartening, especially when you’ve got your children with you as well.

"I think I would’ve been more understanding if I was in one of the areas of Spain with the highest cases, but I’m on the island of Majorca."

The airport is expecting 280 plane arrivals across the two terminals today.