Paul Gascoigne has joined a legion of former England stars including Sir Geoff Hurst urging the team to seize the moment and beat Croatia tonight.

The marauding midfielder’s fantastic play – and tears – in 1990 made him a national hero but the team’s semi-final loss to West Germany left the nation heartbroken.

Today Gazza said he hoped that he and others will be crying tears of joy tonight.

If the team win it will spark complete pandemonium up and down the land even before they play in the World Cup final against France on Sunday – the first since 1966. 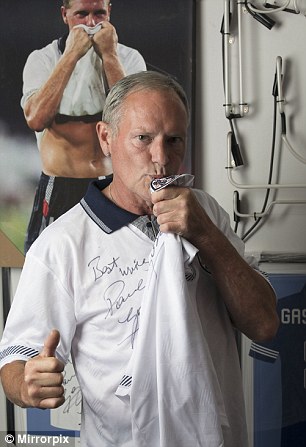 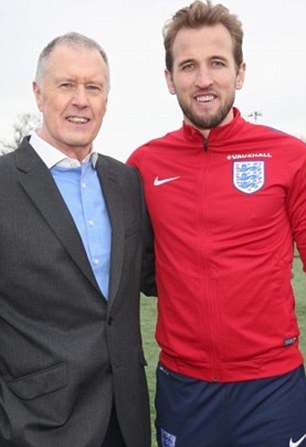 He told the Mirror: ‘Come on, boys, bring this cup home. You have nothing to fear. To conquer fear, you have to face it. It is OK to cry when you win, then you have achieved something’.

Former England manager Sir Bobby Robson would have been ‘thrilled’ by the progress of the current side at the 2018 World Cup, his widow has said. 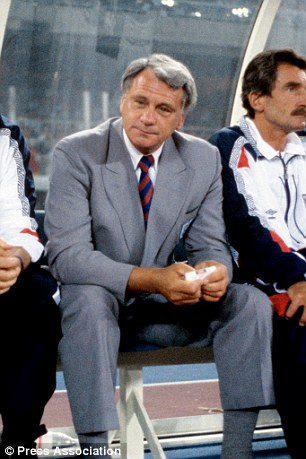 Lady Elsie Robson also claimed that the former manager would be willing Gareth Southgate and his team to win the tournament ‘with every fibre of his being’.

Sir Geoff Hurst is ‘convinced’ England will emulate the success of his 1966 team by lifting this year’s World Cup.

The striker – who remains the only man to score a hat-trick in a World Cup final – said the players have the chance to become immortal.

And he thinks a 2018 win would bring wilder celebrations – because the tournament is ‘1,000 times bigger’ than it was 52 years ago.

Sir Geoff said: ‘Bearing in mind the last two tournaments were an absolute disaster, if I said before the tournament that we were going to win it I would have been looked upon as being deranged.

‘But now you ask me today – and we can win it, it’s as simple as that.

‘I am absolutely convinced it will happen, the interest throughout the country with photographs and videos of people celebrating is like nothing before.

‘The World Cup is 1,000 times bigger today; when we played at the World Cup we weren’t even playing much in Europe and had been beaten in a previous tournament by the USA 1-0.

‘The advice I would give the England team going into the semi-finals is continue to do whatever it is you are doing. They have a great opportunity to make a mark for themselves and their profession.

‘When you win a World Cup it does put you in a different category to everybody else – because there are only 11 players in this country who have won it and it will change their football careers and their lives.’ 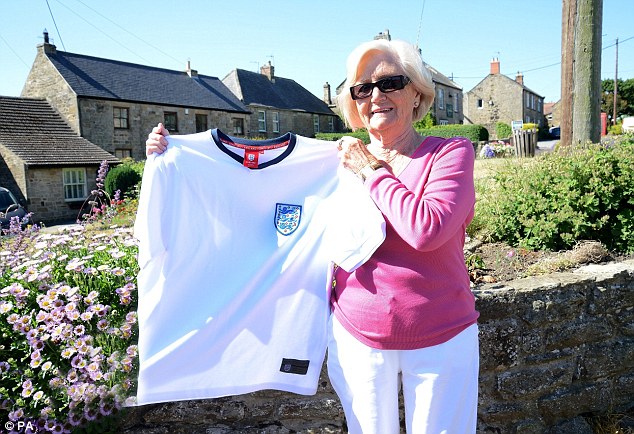 Sir Bobby’s widow Lady Elsie, who says her husband would be so desperate for England to win

The former West Ham United equalised for England against West Germany in the 1966 final – before clinching the game with two goals in extra time.

It was the only World Cup hosted in England – and a crowd of 93,000 spectators filled London’s Wembley Stadium to watch.

The Queen and Prince Phillip watched from the stands – with 400 million people tuning in from their living rooms.

Sir Geoff added: ‘When excitement reaches this level, it transcends the sport and it becomes a national event and people who may have not been very passionate before are now doing the opposite because they can’t do or see anything without it being about the World Cup.

‘People will remember exactly where they were at that moment in time. When any sport does well it starts to inspire people and none more so than the biggest sport in this country, football.’

He said of his hat-trick: ‘I don’t think I would be sitting here talking to you having scored three if we would have got beat in the final.

‘That record still stands – it’s hard to beat but it is nowhere near as important as the team winning the game.’