Peer, 79, who blamed Israeli Government for anti-Semitism will RESIGN

Controversial peer, 79, who blamed the Israeli Government for anti-Semitism at British universities will RESIGN after petition calling for her expulsion gets 10,000 signatures

A controversial life peer who blamed the Israeli Government for anti-Semitism at British universities will resign this month.

Baroness Jenny Tonge, 79, is set to step down from her 15-year stint in the House of Lords after a petition calling for her expulsion gained 10,000 signatures online.

The former Liberal Democrat MP for Richmond Park was hit with allegations of anti-Semitism following a House of Lords debate last month.

She claimed incidents of discrimination against Jews are increasing because of ‘the illegal actions of the Israeli Government’ – prompting Conservative peer Lord Polak to blast her for a ‘career of repeating old, medieval tropes’.

A House of Lords spokesperson told MailOnline that Baroness Tonge ‘has given notice of her intention to retire’ on February 19, but no reason was given.

Baroness Tonge was made a Liberal Democrat life peer in 2005 – but was suspended from the party in 2016 after hosting an event where an audience member said Jews were responsible for the Holocaust.

She quit the party all together a few days after her suspension and subsequently sat in the House of Lords as an unaligned crossbench peer. 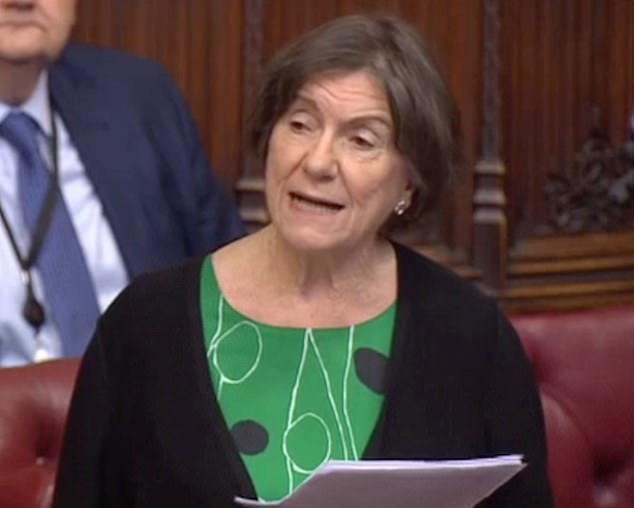 Baroness Jenny Tonge, 79, is set to step down from her 15-year stint in the House of Lords after a petition calling for her expulsion gained 10,000 signatures online 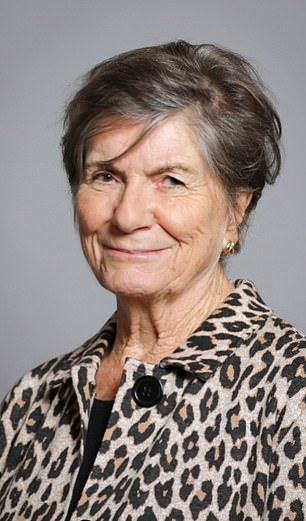 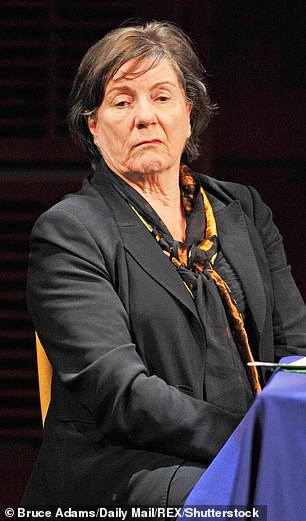 A petition online – first posted in 2017 but recently re-shared online – has nearly 11,000 signatures

In 2012, then-Lib Dem leader Nick Clegg told her to apologise or resign after she said ‘Israel is not going to be there forever in its present form’ at an Israeli Apartheid Week talk at Middlesex University.

And in 2010, an online newspaper – of which she was a patron – published an article making absurd and baseless allegations that an Israel Defence Forces emergency aid hospital in Haiti secretly harvesting organs and selling them on the black market.

The hospital was deployed following the devastating 2010 earthquake.

Baroness Tonge said in a statement – published on the online paper ten days later – calling on the IDF to ‘establish an independent inquiry immediately to clear the names of the team in Haiti’. 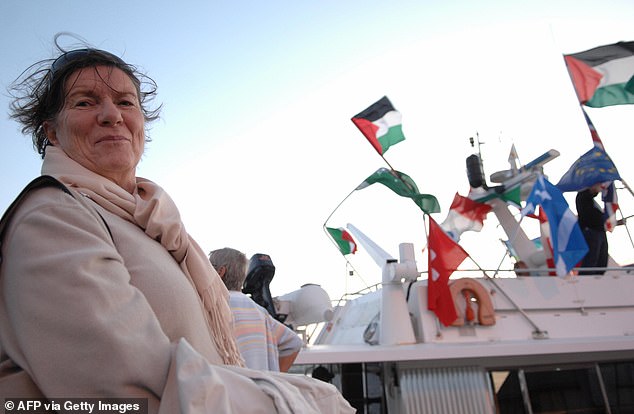 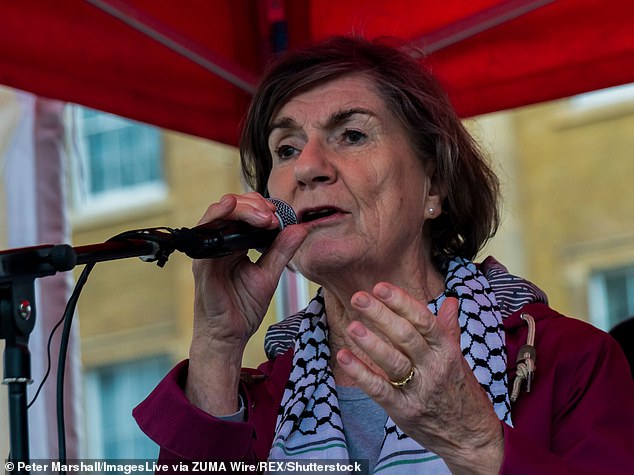 Four years earlier, then-Lib Dem leader Nick Clegg told Baroness Tonge (pictured in 2018) to apologise or resign after she said ‘Israel is not going to be there forever in its present form’ at an Israeli Apartheid Week talk at Middlesex University

Jenny Tonge was suspended and then resigned from the Lib Dems in 2016 after chairing a meeting where it was claimed Jews were responsible for the Holocaust.

The event was called ‘shameful’ by Israel after an audience member suggested Hitler decided to kill six million Jews because he was ‘antagonised’ by a Rabbi in New York who urged people to boycott German goods.

And Cabinet minister David Lidington said he was ‘genuinely horrified’ that the event was allowed to be held in Parliament.

The male audience member, described as an ultra-orthodox Jew, said Hitler was antagonised ‘over the edge’ by the American Zionist Rabbi Stephen Wise, who caused the Nazi leader to ‘systematically kill Jews wherever he could find them’.

Footage of the hugely controversial meeting chaired by Baroness Tonge also showed the male audience member referring to a famous quote regularly used by Holocaust deniers to suggest the figure of six million Jews killed by the Nazis was a hoax.

He won more applause after telling the meeting: ‘If anybody is antisemitic, it’s the Israelis themselves.’

Baroness Tonge was forced to resign the Lib Dem whip in 2012 after claiming the state of Israel was ‘not going to be there forever’. But until today she remained a member of the Lib Dems.

Later she defended her actions, insisting she did not hear the full ‘rant’ by the audience member.

She said: ‘I was chairing, I did not make any speeches, I introduced the speakers and in the course of that meeting there was a great rant.

The Palestinian Return Centre said after the event it does not tolerate any type or form of anti-Semitism and refuses to associate the Jewish people with the actions of the Israeli occupation.

Mr Clegg said her comments were ‘wrong, distasteful and provocative’ and she was removed from her position as health spokeswoman in the House of Lords.

A statement said neither Tonge – nor the then-party leader – gave ‘any credence whatsoever’ to the claims.

A petition calling for her expulsion online – first posted in 2017 but recently re-shared – has nearly 11,000 signatures.

The description says it is ‘intolerable’ for Baroness Tonge to remain a peer.

It says the ‘last straw’ was an email sent to Jewish charity Community Security Trust who shared a 2016 report on rising cases of anti-Semitism.

The 2017 email – shared on the petition which purported to be from Baroness Tonge states: ‘Do you NEVER consider that the actions of the Israeli Government are contributing towards this rise?

‘Sadly, many people do not distinguish between Jewish people and [Israeli Prime Minister Benjamin] Netanyahu and his colleagues.’

In January this year, Baroness Tonge told the House of Lords that she was ‘shocked’ to hear of rising cases of anti-Semitism at British universities, following a report by the CST.

She went on to say: ‘What is missing, however, is any investigation into why these incidents are increasing […] with increasing violence in the West Bank and Gaza, the expansion of settlements and the occupation of east Jerusalem, antisemitic incidents have continued to rise.

She said ‘innocent Jewish people’ are victims ‘because of the illegal actions of the Israeli Government’.

Conservative peer Lord Polak blasted her comments, saying: ‘I am unsure how a one-minute contribution from the noble Baroness, Lady Tonge, will be sufficient to put right a career of repeating old, medieval tropes.’

Former Labour MP and Jeremy Corbyn critic Lord Ian Austin said it was wrong for her to ‘blame racism against Jewish people in Britain not on the racists responsible but on Israel’.

In 2018, she sparked fury for apparently blaming Israel’s policies for the Pittsburgh synagogue massacre which saw 11 people gunned down at the Tree of Life synagogue.

Responding to the atrocity, Baroness Tonge said the policies of PM Mr Netanyahu – known as ‘Bibi’ – fueled the anti-Semitism which led to the massacre.

She wrote on Facebook: ‘Absolutely appalling and criminal act, but does it ever occur to Bibi and the present Israeli Government that its actions against Palestinians may be reigniting anti-Semitism?

‘Some people will not know the difference between the Zionist government in Israel and Jewish people in all countries who do not support that Government’s actions.

‘We must never conflate the two.

‘I suppose someone will say that it is anti-Semitic to say so?’ 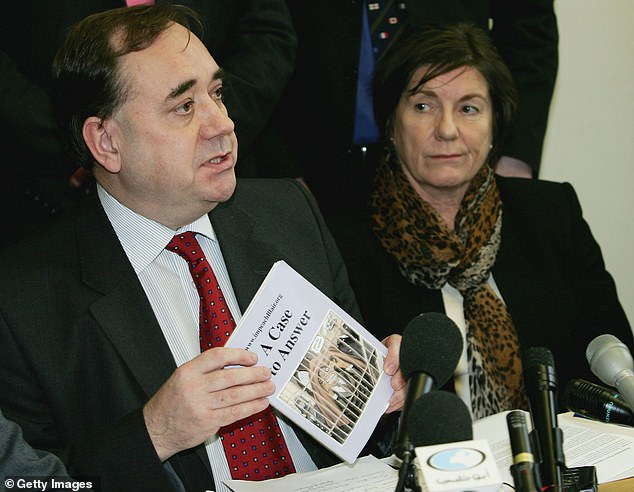 In 2012, then-Lib Dem leader Nick Clegg told Baroness Tonge (pictured with Alex Salmond) to apologise or resign after she said ‘Israel is not going to be there forever in its present form’ at an Israeli Apartheid Week talk at Middlesex University

Her remark was branded ‘abhorrent’ by Jewish leaders and campaigners who furiously demanded she was stripped of her peerage.

Baroness Tonge told Jewish News: ‘I have always promised myself and my family that I would retire when I am 80 years old which is in mid- February.

‘I informed the authorities some months ago.

‘Indeed I think many of us should retire from the Chamber at my age—there are far too many people in the Lords.’ 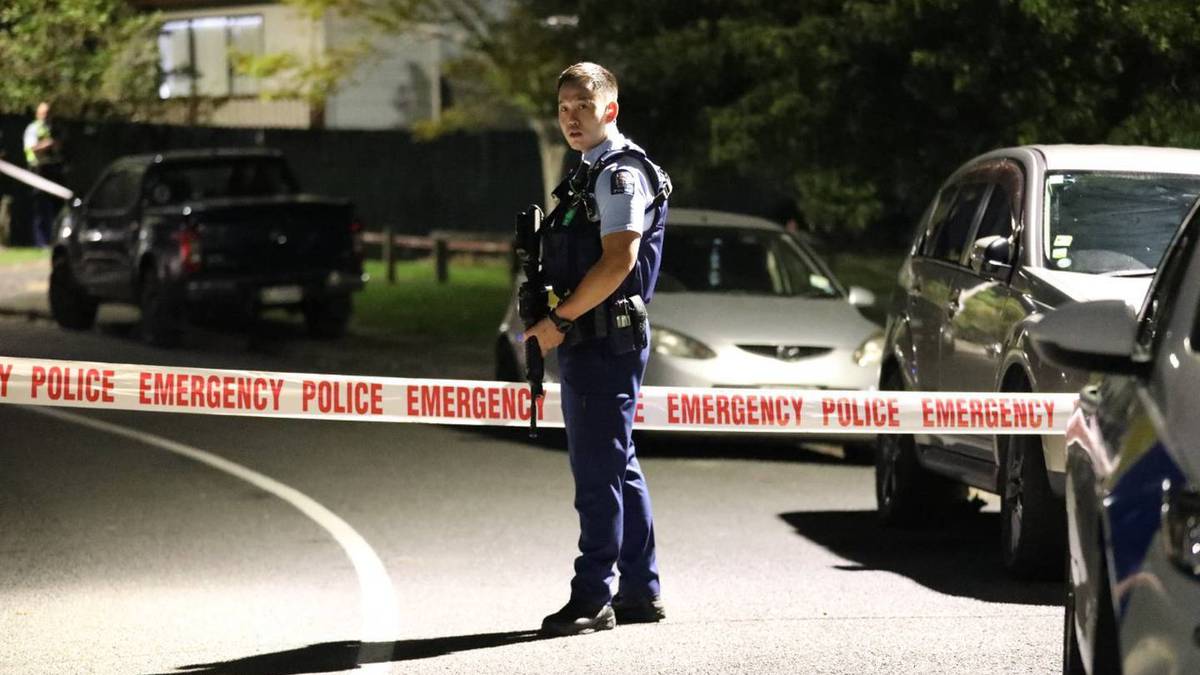 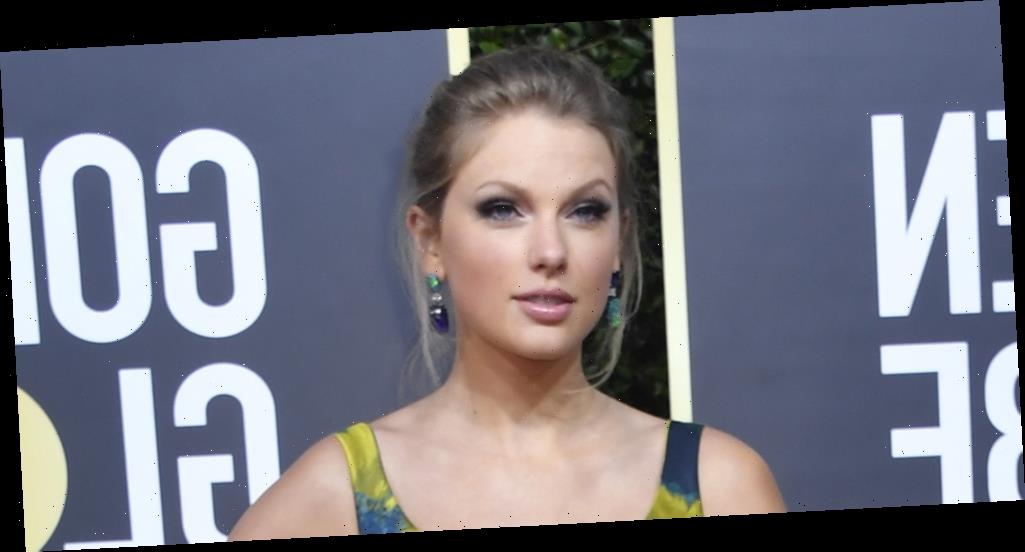 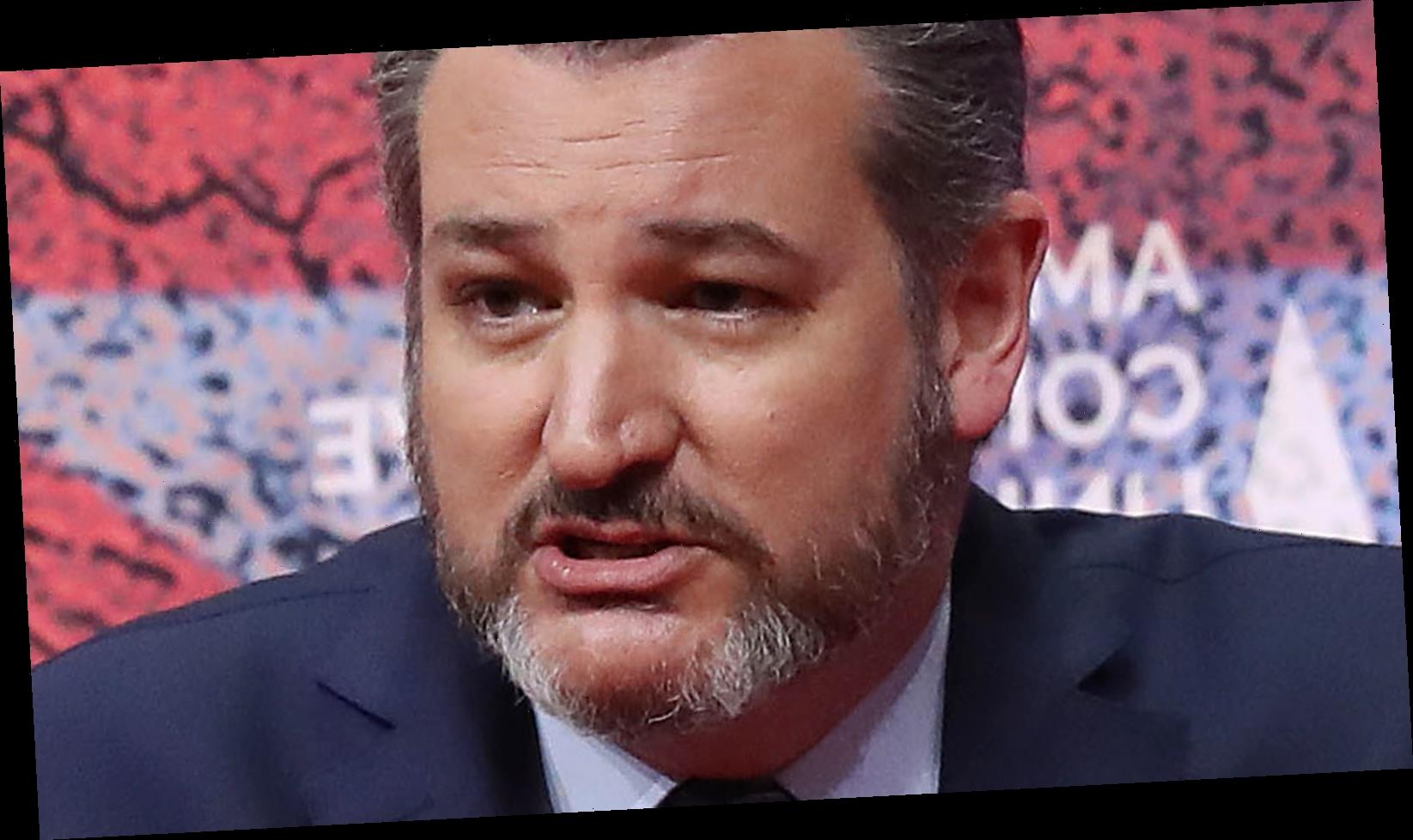 Ted Cruz Makes A Cringey Joke About His Cancun Trip 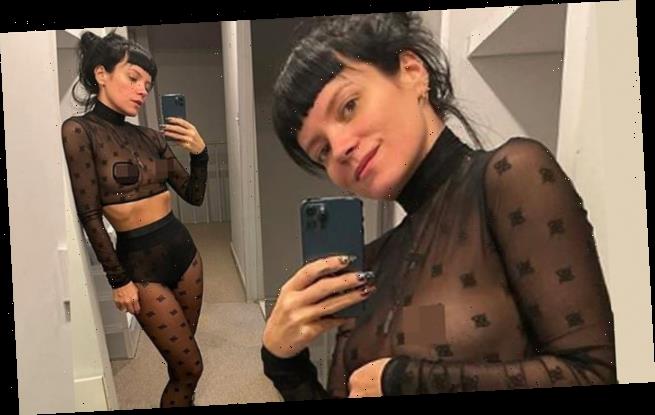