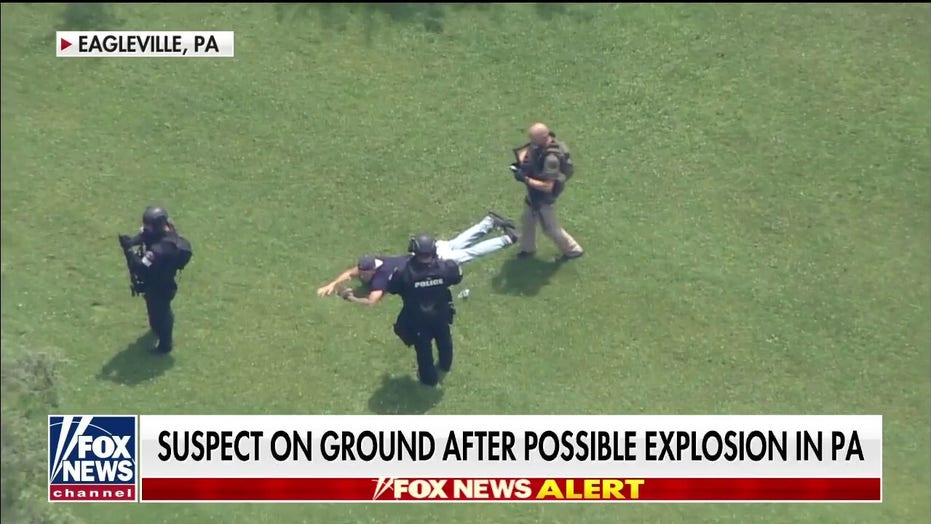 Police responded to reports of a shooting while firefighters extinguished a fire that broke out after an apartment complex exploded.

A standoff between police and a suspect resulted in multiple explosions and a massive fire at an apartment complex in Pennsylvania on Thursday.

A code enforcement officer with the Lower Providence Police was conducting a “follow-up inspection” at the Eaglestream Apartments in Eagleville around 1 p.m. When the suspect brandished a weapon, the officer retreated and immediately requested backup.

Additional officers arrived at the scene and engaged him before he retreated into his home. 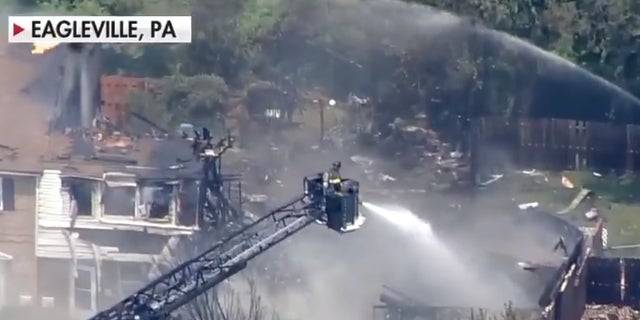 Firefighters fight a three-alarm fire that broke out after a number of explosions at a Pennsylvania apartment complex.

Police heard a number of explosions, which led to three homes burning and an active firefight that lasted hours and reached the level of a three-alarm fire, according to reports.

Montgomery County officials issued a shelter in place advisement, which lasted for about 2 hours. Students at local school facilities were placed under a lockout, Patch reported.

Police were able to evacuate residents in the surrounding homes and establish a perimeter. One person sustained minor injuries, FOX 29 reported.

Video showed SWAT officers apprehending a suspect, but police said during press conference that a suspect had not yet been taken into custody.