Washington: Pennsylvania Republicans will ask the US Supreme Court to decide the legality of allowing voters to return mail ballots up to three days after Election Day, potentially queuing up the first partisan election case for the court to consider since the death of Justice Ruth Bader Ginsburg.

The state's top four legislative Republicans indicated in a court filing that they plan to ask the Supreme Court for an emergency stay to block a state court's decision from taking effect in time for the November 3 election. The Republicans filed a stay request with the Pennsylvania Supreme Court on Tuesday, local time, writing that they planned to appeal to the country's highest court. 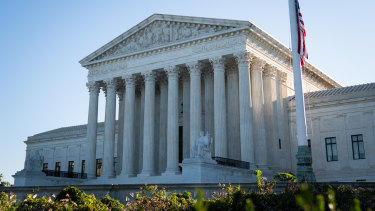 The American flag flies at half mast outside the US Supreme Court in Washington, DC.Credit:Bloomberg

It remains to be seen how the Supreme Court will handle the appeal. The death of Ginsburg, heralded by liberals as a powerful champion for voting rights, has brought new uncertainty to the battles over election rules playing out across the country.

Last week, the Pennsylvania Supreme Court ruled in Democrats' favour on a number of mail-voting rules, permitting voters to turn in ballots to drop boxes in addition to using the US Postal Service; allowing ballots to be returned up to three days after Election Day; and blocking a Republican effort to allow partisan poll watchers to be stationed in counties where they do not live.

Republicans are asking the Supreme Court to weigh in only on the state court's ruling pushing back the deadline for mail ballots to arrive. The state court ruled that such ballots must be counted if they are postmarked by November 3 – and even if they are not, "unless a preponderance of the evidence" shows that the ballots were mailed after Election Day.

The Republicans argued that the ruling allows ballots to be counted even if they are cast after Election Day.

"The Elections Clause of the United States Constitution vests the authority to regulate the times, places, and manner, of federal elections to Pennsylvania's General Assembly, subject only to alteration by Congress, not this Court," the Republicans wrote to the state court on Tuesday.

Democrats said they will oppose the GOP's efforts to delay implementation of the new ballot deadline.

Once the Republicans file their request for an emergency stay with the US Supreme Court, it will land on the desk of Justice Samuel Alito, who oversees the Philadelphia-based US Court of Appeals for the 3rd Circuit. The entire court can weigh in on the decision whether to grant the stay. 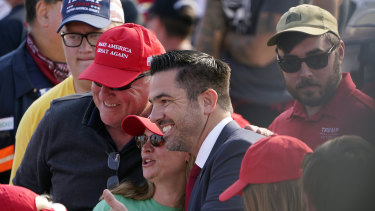 Without Ginsburg, the court has eight justices headed into Election Day, as it had four years ago, but this time with a more conservative tilt – five justices nominated by Republican presidents and three nominated by Democrats. Trump has said he plans to nominate someone to the open seat by the end of the week.

Separately, Republicans returned to a lower federal court Tuesday seeking to declare some of the other provisions of the state court decision unconstitutional, including allowing election officials to install drop boxes for voters and prohibiting out-of-county individuals from serving as partisan poll watchers.