Police investigating the death of ‘beautiful’ peregrine falcon say they believe the creature was ‘deliberately’ poisoned.

The incident, in Barnsley, South Yorkshire, was described as ‘a deliberate act that caused the death of a beautiful and protected bird’.

It’s believed an individual targeted the juvenile falcon by lacing bait with poison and leaving it out for the animal to eat. 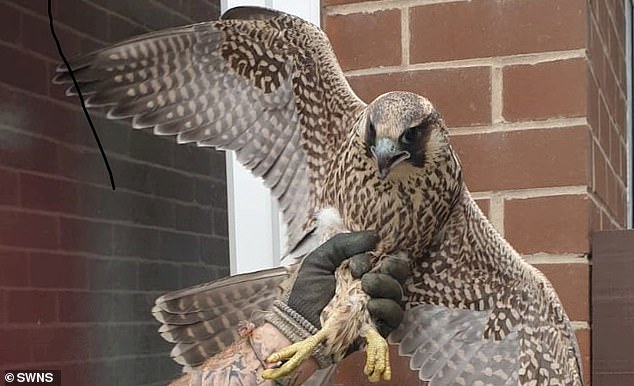 Police investigating the death of ‘beautiful’ peregrine falcon in Barnsley, South Yorkshire, say they believe the creature was ‘deliberately’ poisoned

All wild birds, their nests and eggs are protected by law in the UK under the Wildlife and Countryside Act 1981.

A wild bird is defined as any which is resident or is a visitor to, in this case, the UK.

Birds bred to be shot for sport – known as game birds – are not included in this definition.

Game birds are covered by the Game Acts, which means they are also fully protected outside of shooting season.

Penalties for criminal offences against a single wild bird, nest or egg range from up to six months in prison or an unlimited fine or both.

Subject to certain exceptions, it is illegal to:

The bird died in July, a short time after being found ill.

Forensic test results on Monday revealed the falcon was poisoned with Bendiocarb – a highly toxic pesticide.

Peregrine falcons are protected under The Wildlife and Countryside Act 1981, meaning its a criminal offence to kill one.

South Yorkshire Police have launched an investigation into the incident and are appealing for anyone with information to come forward.

Investigating Officer PC Fran Robbs De La Hoyde said: ‘It is believed the poisoned peregrine falcon ingested bait laced with the poison which was deliberately set out to target the bird.

‘There is nothing to suggest that this bait was laid in open land.

‘This was a deliberate act that caused the death of a beautiful and protected bird.

‘I am saddened by this and I am asking for your help to bring those responsible to justice.’

‘The fastest birds in the world, they are highly adaptable creatures and often make their homes in urban areas these days.

‘Bendiocarb is one of the most commonly-abused substances for killing birds of prey and we have sadly seen it used for this purpose on many occasions.

‘It is illegal to kill these birds, and we urge anyone with information to come forward.’

According to figures quoted by the BBC in 2015, there are around 1,500 breeding pairs of Peregrine flacons living in the UK.

Poisons commonly used to commit a crime like this are incredibly toxic to humans and pets, according to the RSPB.

Should any person locate any dead or injured birds they are advised not to touch them or let pets come into contact with them.

Police are asking anyone with information to call 101 and quote crime reference number 14/104692/20.

Alternatively, stay anonymous by contacting the independent charity Crimestoppers via their website Crimestoppers-uk.org or by calling their UK Contact Centre on 0800 555 111. 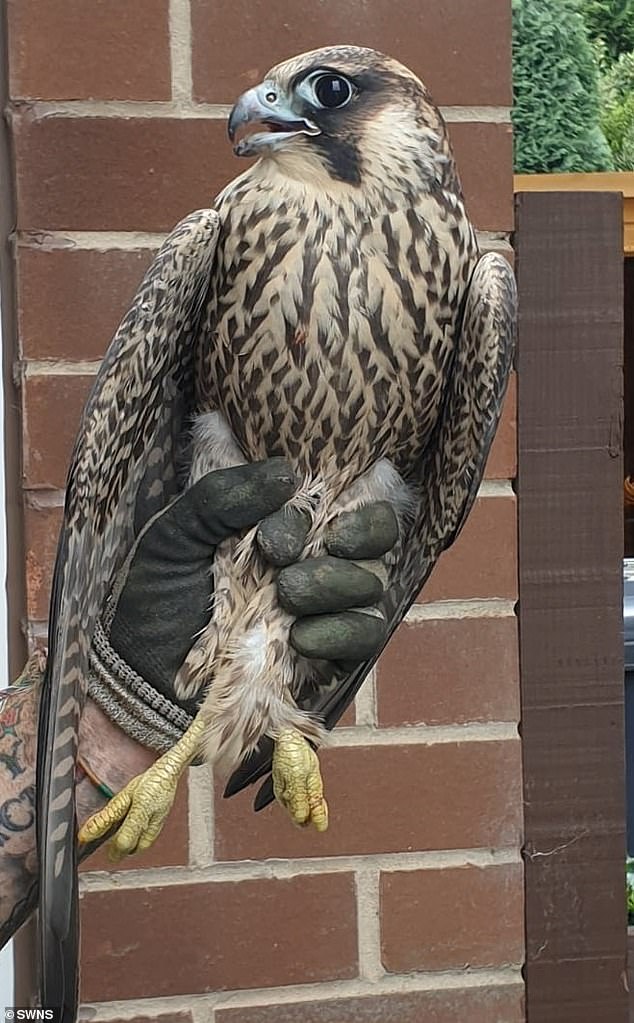 Gabourey Sidibe Showers Fiance Brandon Frankel With Praises When Announcing Engagement
We and our partners use cookies on this site to improve our service, perform analytics, personalize advertising, measure advertising performance, and remember website preferences.Ok