Defence Minister Peter Dutton will receive $35,000 in damages after he won a defamation case against refugee advocate Shane Bazzi, who referred to the politician as a “rape apologist” on social media.

Dutton, 51, who was formerly home affairs minister and immigration minister, sued Mr Bazzi in the Federal Court over a tweet posted on February 25 this year which said: “Peter Dutton is a rape apologist.” 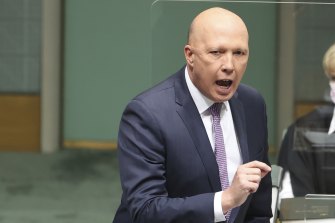 The post linked to a Guardian Australia article reporting Mr Dutton’s comments in 2019 that some women on Nauru “have claimed that they’ve been raped and came to Australia to seek an abortion”. Mr Dutton suggested they were “trying it on” to secure a medical transfer to Australia.

The tweet was also in the context of Mr Dutton’s comments that day that he had not been provided with the “she said, he said” details of the Brittany Higgins rape allegation. 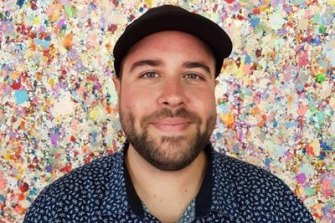 Dutton, who was the only witness called in the case, told the court he was “deeply offended” by Mr Bazzi’s “egregious” tweet, which prompted him to sue for defamation for the first time.

“Obviously as Minister for Immigration or Home Affairs, it’s a rough-and-tumble business and there are lots of advocates and a lot of passion in the space where people make comments which are false and untrue, offensive, profane,” Mr Dutton said.

“This went beyond that, and it went against who I am, my beliefs.”

Mr Bazzi sought to rely on the defence of honest opinion and the public interest-style defence of qualified privilege.

In a judgment on Wednesday, Justice Richard White rejected these defences, finding the tweet defamed Dutton by suggesting he excuses rape.

“Mr Bazzi has not established the statutory defence of honest opinion or the common law defence of fair comment on a matter of public interest,” Justice White said.

Justice White said he accepted Dutton was offended and distressed by the tweet, but the politician was not entitled to aggravated damages because there was “no suggestion” he has been affected “in his day-to-day political or ministerial activities, or in his relationships with other people”.

Several hours before the judgment was handed down, Mr Bazzi said: “Whatever the outcome, I’m proud that I’ve stood by my principles.”

The case will return to court in December to discuss costs.