Petrol prices have fallen for the first time this year in what is the first sign of a slowdown after they hit an eight-year high this summer.

Government figures show a week-on-week reduction of 0.09p per litre was recorded on August 23 after the cost had increased for 39 consecutive weeks.

Motorists are now typically being charged £1.35 per litre for petrol or £1.37 for diesel, according to the Department for Business, Energy and Industrial Strategy.

In May 2020 average costs fell as low as £1.05 for petrol and £1.12 for diesel as the global shutdown caused by the pandemic led to a collapse in oil prices.

But since then, the cost of filling up a 55-litre family car has risen by around £17 for petrol and £14 for diesel. 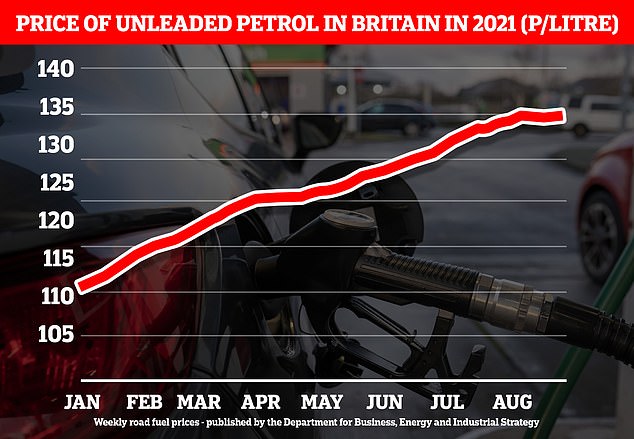 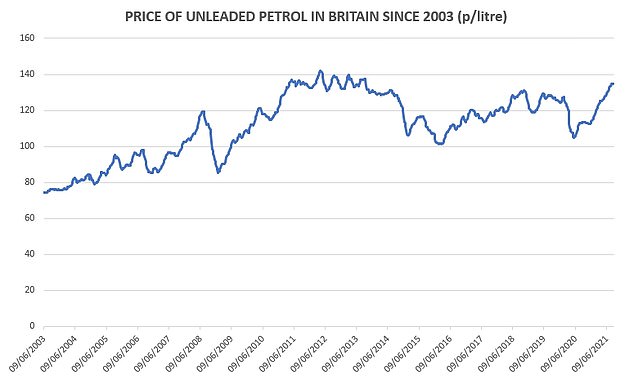 RAC spokesman Rod Dennis said that drivers can ‘at last breath a sigh of relief’ that the constant rise in petrol prices is over ‘for now’.

But he added: ‘A meeting of some of the biggest oil-producing nations on Wednesday will, at least in the short-term, have the effect of firming up the oil price, meaning that it is unlikely that forecourt prices will fall in any significant way in the next few weeks.

‘Decisions about oil supply combined with international progress in getting through the pandemic and increasing economic activity are two of the major factors that will determine the direction pump prices take over the coming months.’ 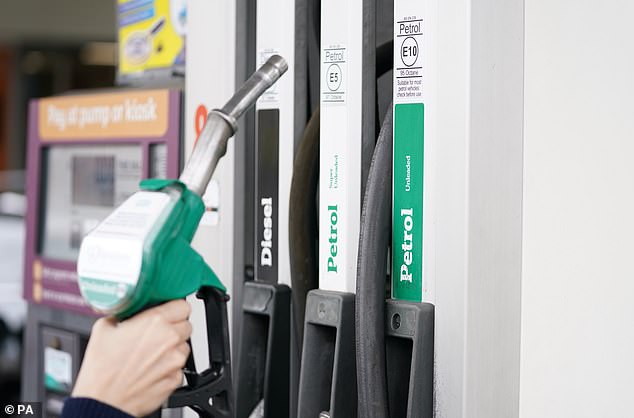 A cleaner form of petrol began being rolled out at filling stations across Britain yesterday.

E10 petrol, which is made with up to 10 per cent bioethanol – a type of renewable fuel – is becoming the standard offering at forecourts as part of efforts to cut carbon emissions.

It is replacing E5 petrol, which is blended with up to 5 per cent bioethanol.

AA analysis found that the 2.4p per litre fall in the wholesale cost of petrol since last week was more than 10 times higher than what the Government predicted would happen following the introduction of E10.