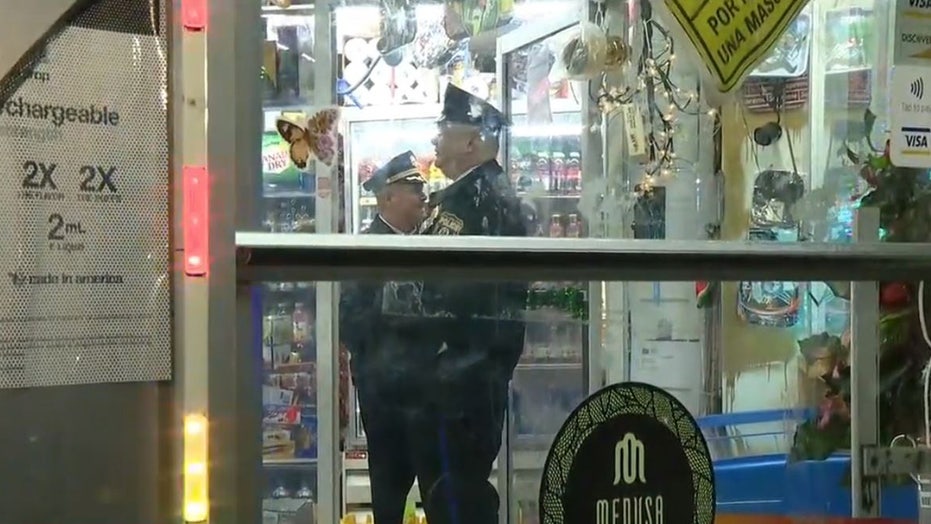 An armed Philadelphia store clerk who is in critical condition early Tuesday fought back against two armed robbers despite being wounded during a gun battle with the suspects, authorities said.

The shootout unfolded just before 4 a.m. in a convenience store on the 5500 block of Torresdale Avenue in the city’s Wissinoming neighborhood, the Philadelphia Police Department said.

The 32-year-old woman, whose name has not been released, was standing with her manager behind the store counter when two Black males walked in and attempted to get behind the counter, Philadelphia Police Chief Inspector Scott Small told FOX29 Philadelphia. 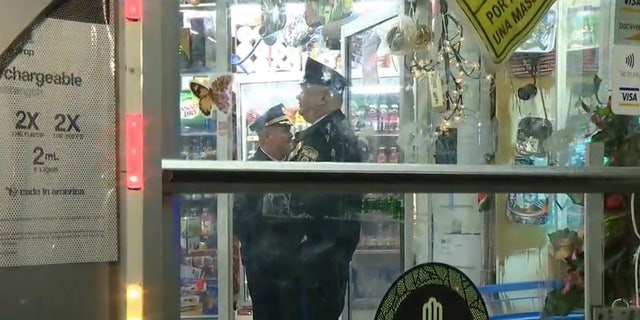 The 32-year-old clerk was standing with her manager behind the store counter when the suspects walked in and attempted to rob the store, police said. She was shot several times, but managed to return fire and strike at least one suspect.
(FOX29 Philadelphia WTXF)

“We believe that’s where they were going to commit this robbery,” Small said. “And that’s when there was clearly a shootout between at least one of the perpetrators and the female store clerk who tragically was shot several times.”

The woman suffered three gunshot wounds to her groin and one to her right hip, police said. She was able to return fire, according to Small, striking at least one of the suspects.

Small said that initially the woman was listed in stable condition, but she has since been downgraded to critical and is undergoing surgery.

“She was a brave, young woman involved in a shootout with two males that were armed with guns,” Small told WPVI-TV. “She stood her ground. We’re hoping for the best for her.”

Shortly after the attempted robbery, police said a man matching the description of one of the suspects arrived at Temple University Hospital with multiple gunshot wounds. His condition was not immediately clear.

The second suspect remains on the loose.

The shootout is one of several recent incidents in Philadelphia in which would-be victims have fought back and turned the tables on their assailants.

On Jan. 17, a 60-year-old man with a license to carry shot an armed 16-year-old male who attempted to carjack him, FOX29 reported. The teen was wounded and later arrested. 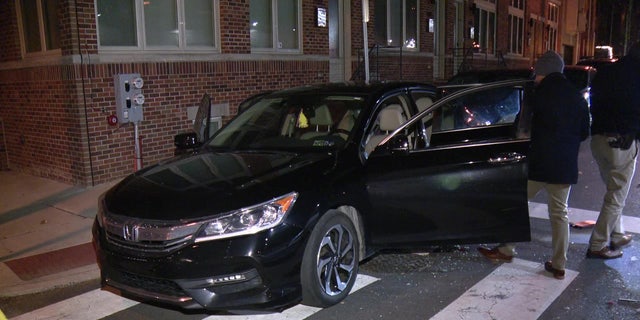 On Jan. 10, a 32-year-old victim was sitting in his Honda Accord just before midnight on Folsom Street in Philadelphia when an armed man approached the driver side door and pointed a gun at him.
(FOX29 Philadelphia WTXF)

On Jan. 10, a 32-year-old victim with a license to carry a firearm was sitting in his car when an armed 18-year-old suspect pointed a gun at him. The victim fired through the car window, hitting the suspect multiple times. The 18-year-old was later arrested.

On Jan. 3, two men carjacked a Lyft driver who also had a license to carry a firearm. The driver shot both suspects, who were each wounded and arrested shortly after the incident.