The Duchess of Cambridge will unveil her woodland wilderness garden – which aims to encourage children to spend more time outdoors – at the event in London this week.

Her children spent almost an hour playing in the Back To Nature Garden with their parents, as shown in six candid images taken on Sunday.

A barefoot George, five, and Charlotte are seen dangling their legs over a stream, while an excited Louis runs along a wooden path carrying a branch as the Duke of Cambridge looks on smiling. 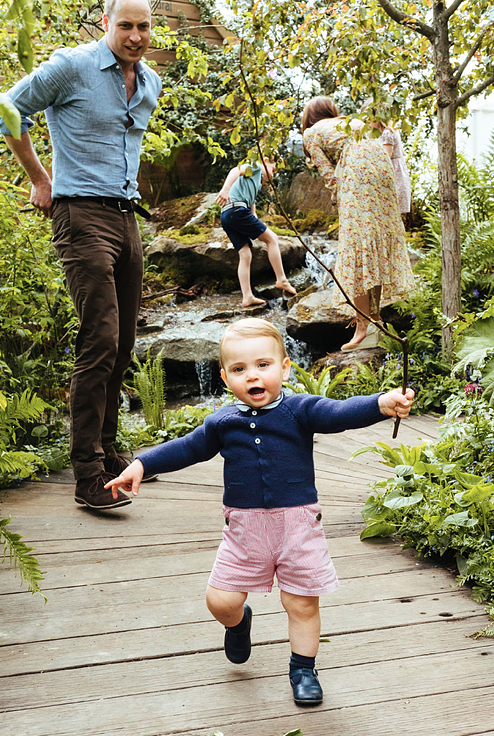 Charlotte, four, dressed in a floral frock and Louis, one, wearing shorts and a cardigan, can be seen trying out a swing seat which Kate has already been snapped on in the build-up to this week’s show.

The space, which Kate hopes will inspire families “to get outside” and “enjoy nature”, features a tree house, waterfall rustic den and a campfire as well as tree stumps, stepping stones and a hollow log for children to play on.

William and his two oldest children climbed into the tree house, while the duke also enjoyed a go on the swing.

George, Charlotte and Louis added to their mum’s creating by collecting leaves, moss and twigs over the past months which were then incorporated into the surroundings of the campfire. 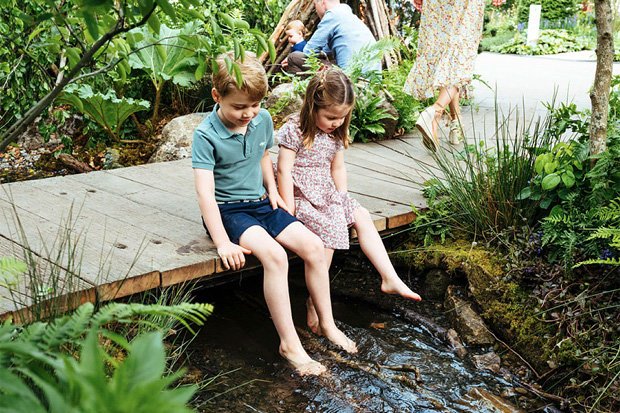 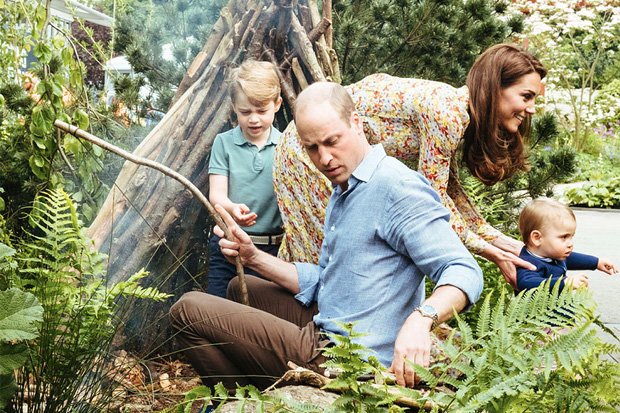 Hazel sticks collected by the family were also used to make the garden’s den.

In the snaps, released by Kensington Palace, the family can be seen next to the campfire and den.

Toddler Louis looked fascinated as he held a stone, while Kate, kneeling at his side, wrapped her arm around her youngest child.

It is understood Kate, who wore a colourful patterned dress and wedges for the outing, wanted to show her children the finished project on Sunday, so they could see what she has been spending time working on.