A DAREDEVIL Playboy model whose stunts have caused outrage around the world has plunged to new depths – to swim with man-eating sharks.

Marisa Papen dived naked into the deep BLUE sea off the coast of Hawaii to get up close and very personal with the terrifying marine predators. 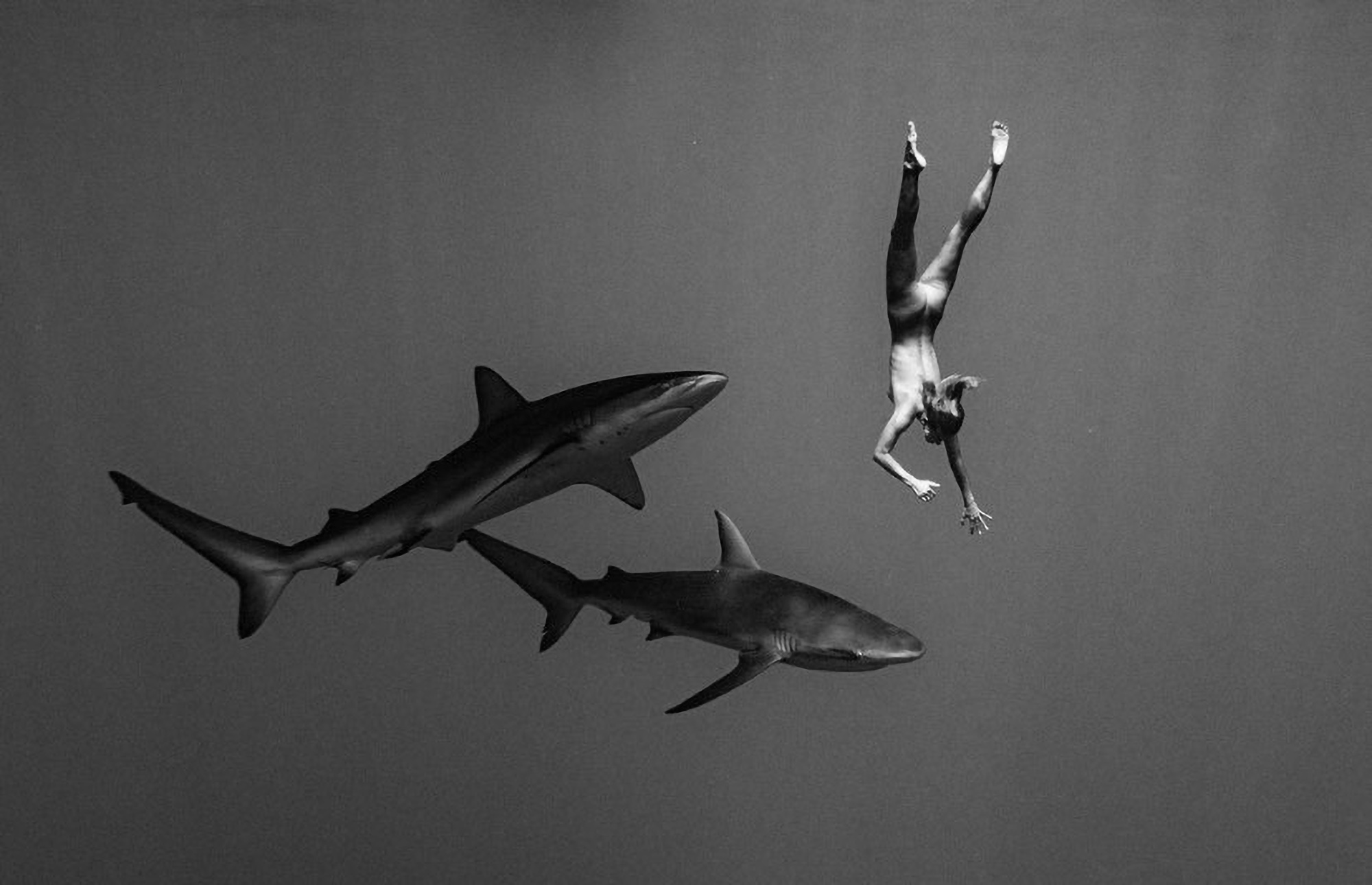 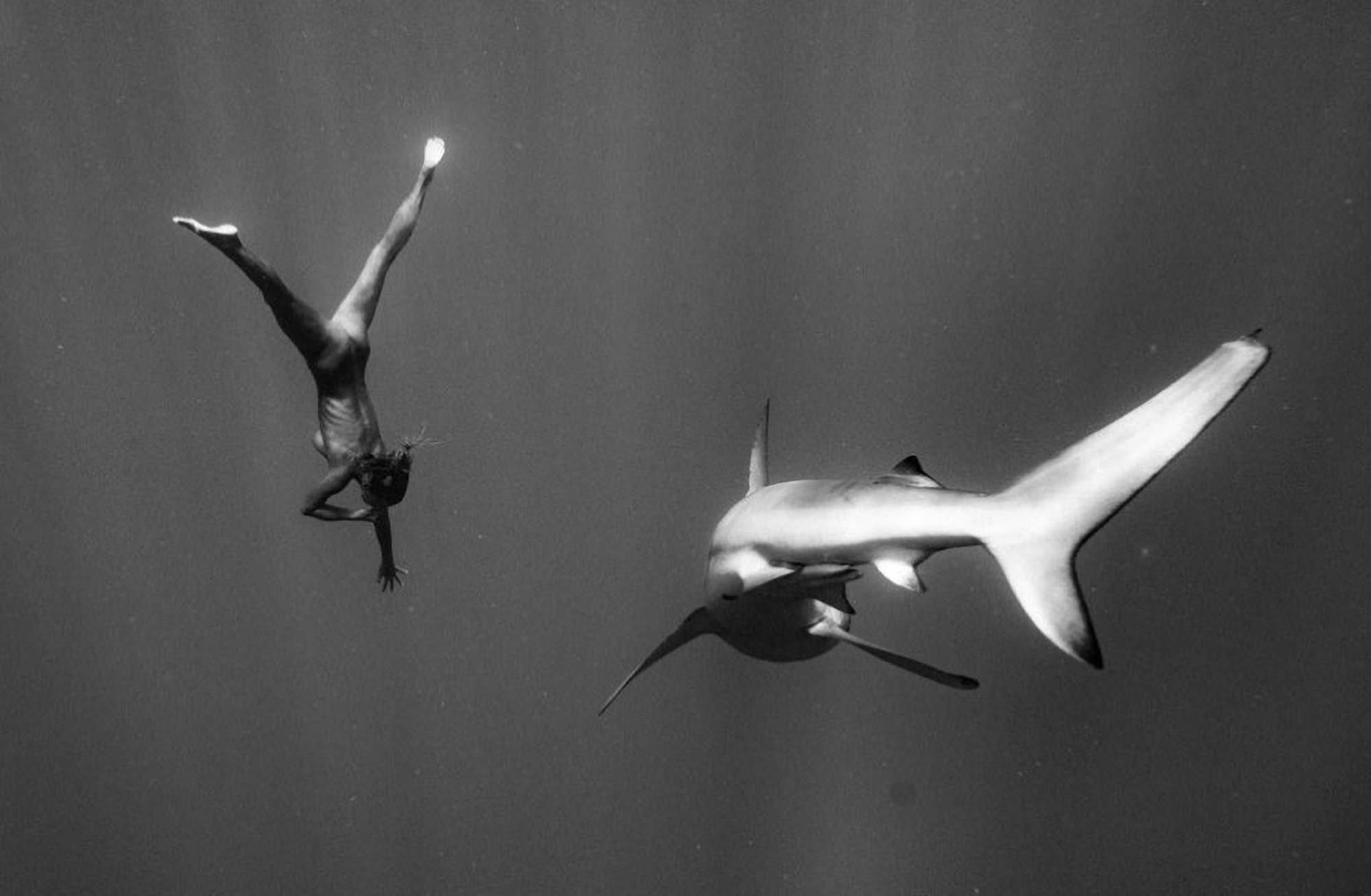 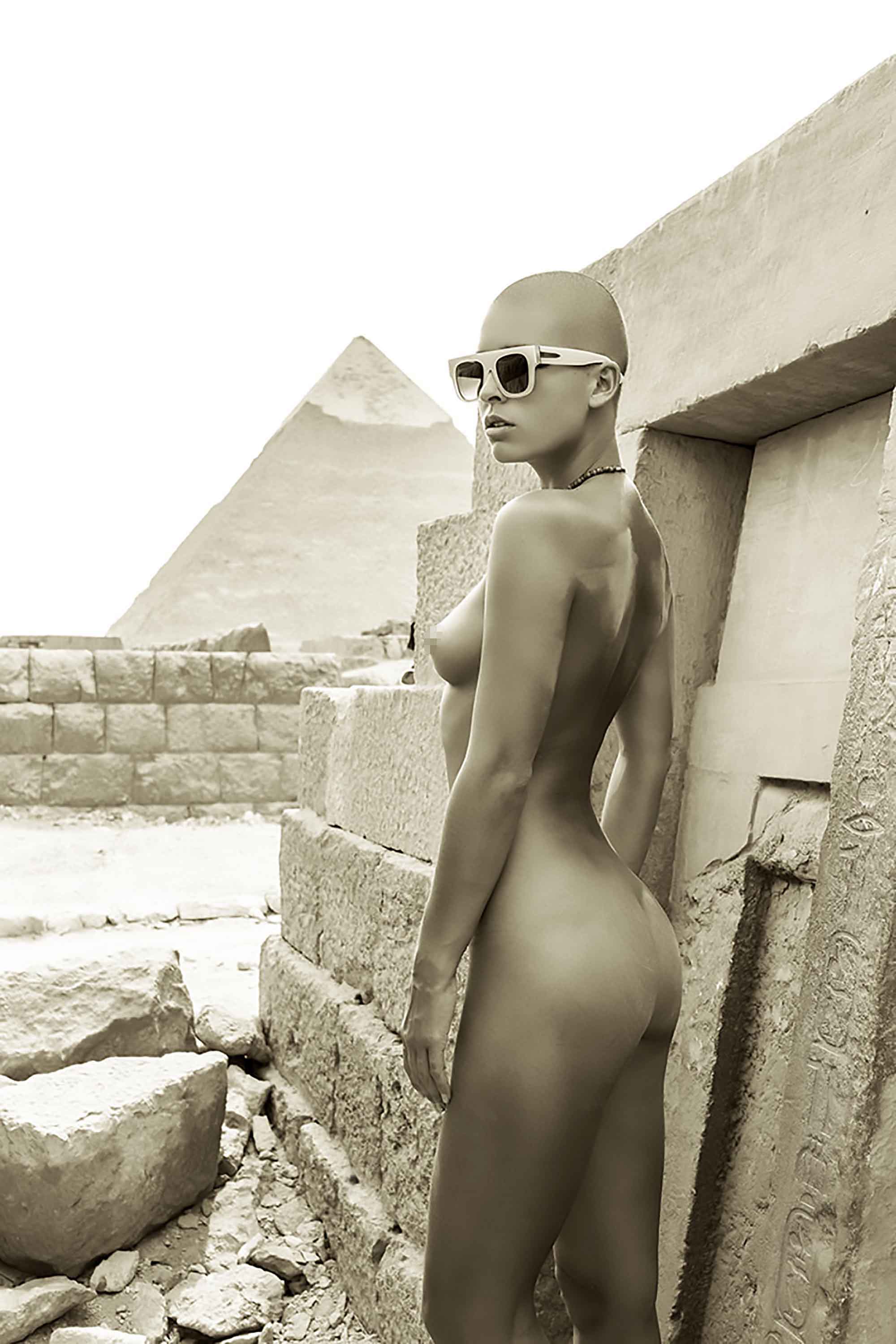 The Belgian beauty said she put her life on the line to challenge the taboos surrounding sharks as well as nudity.

The 28 year old is no stranger to danger and is infamous for stripping off at some of the world's holiest sites.

She made headlines around the world when she was imprisoned for posing nude at the Karnak Temple Complex in Egypt.

The "shock model" has also stripped at The Vatican, the Wailing Wall in Jerusalem, and Istanbul's Hagia Sophia mosque.

Her shocking shark shoot took place at the end of summer off the island of Oahu.

And she revealed her risky photoshoots in the past were far more frightening than coming face-to-face with the sharks. 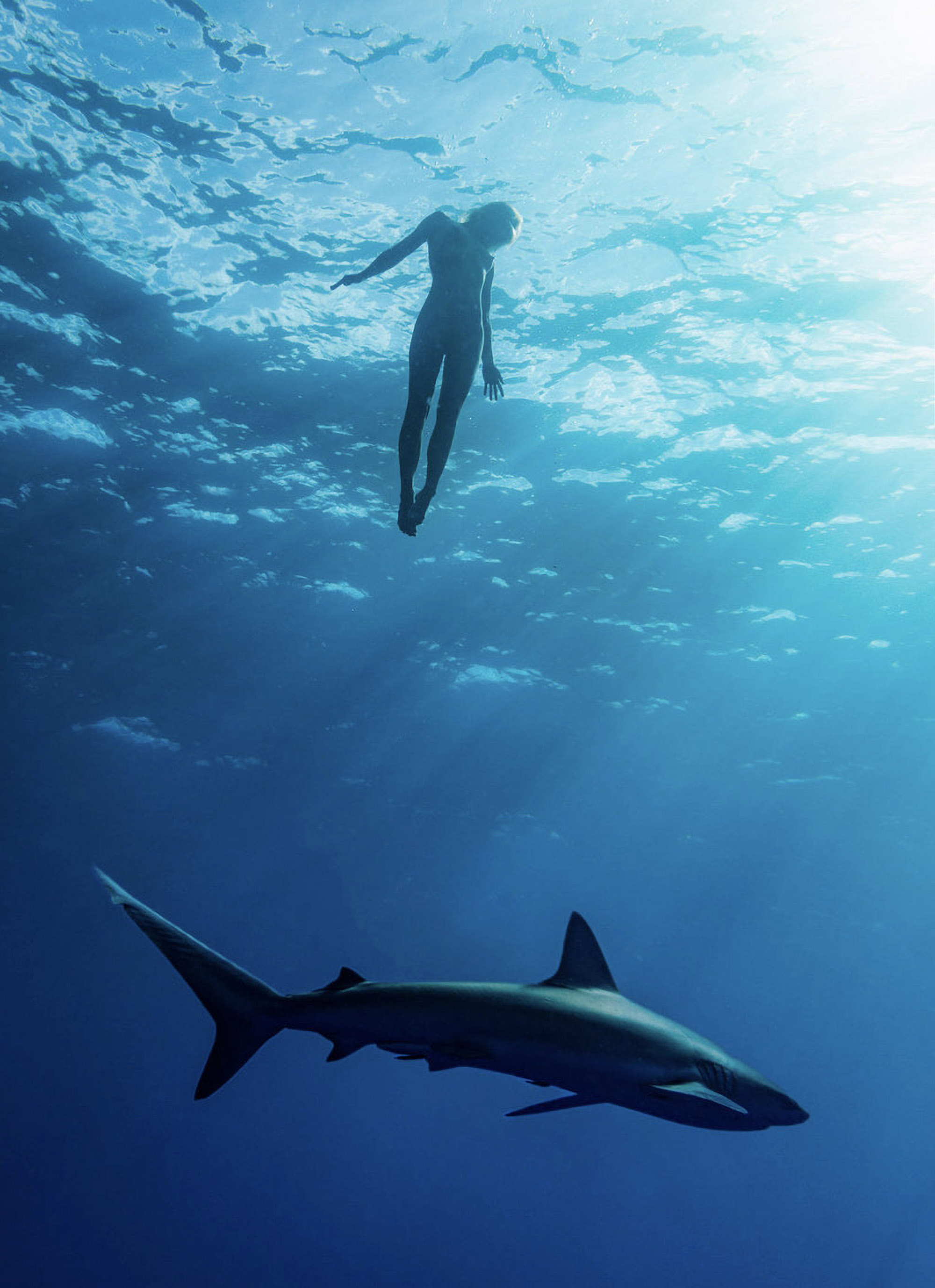 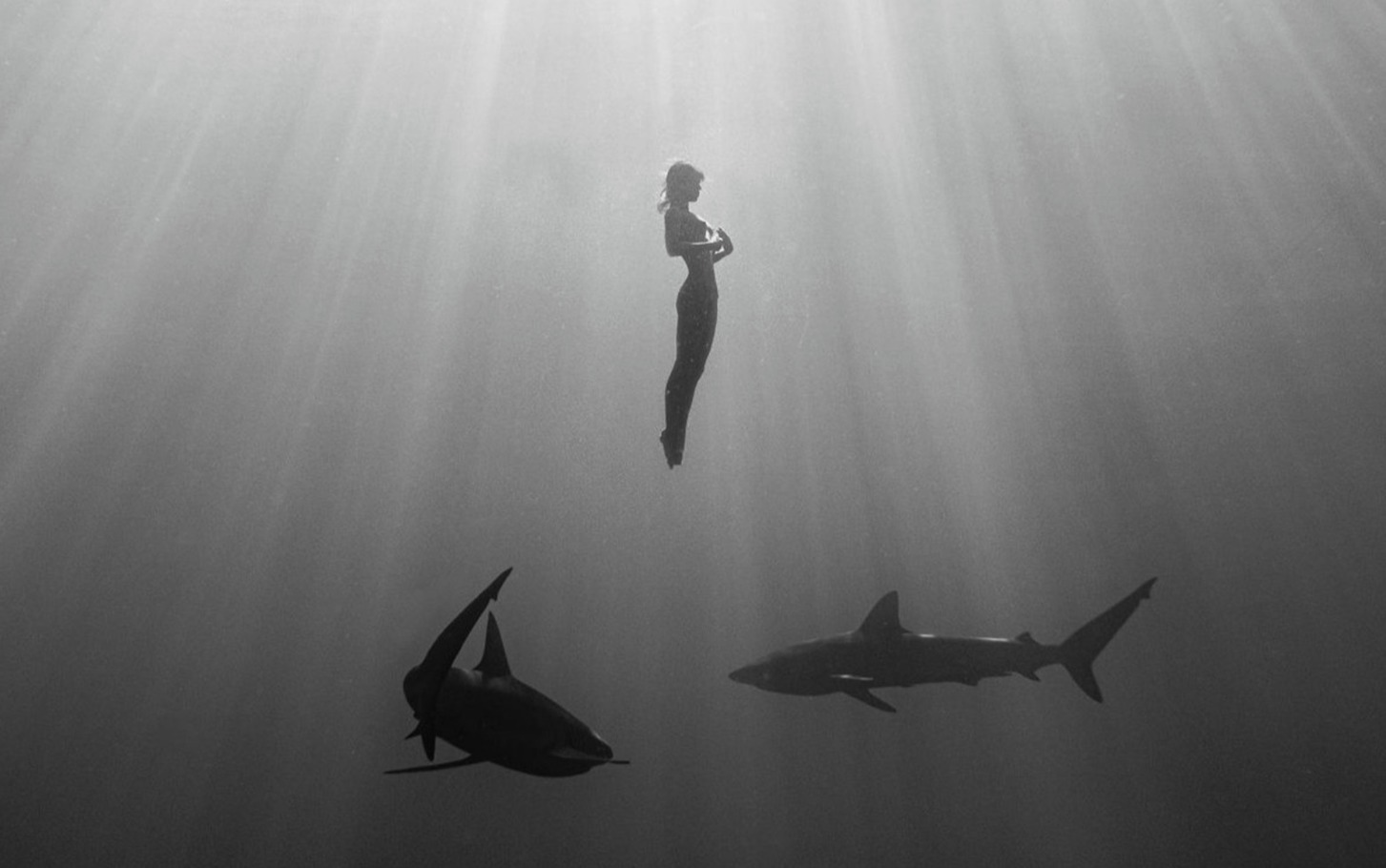 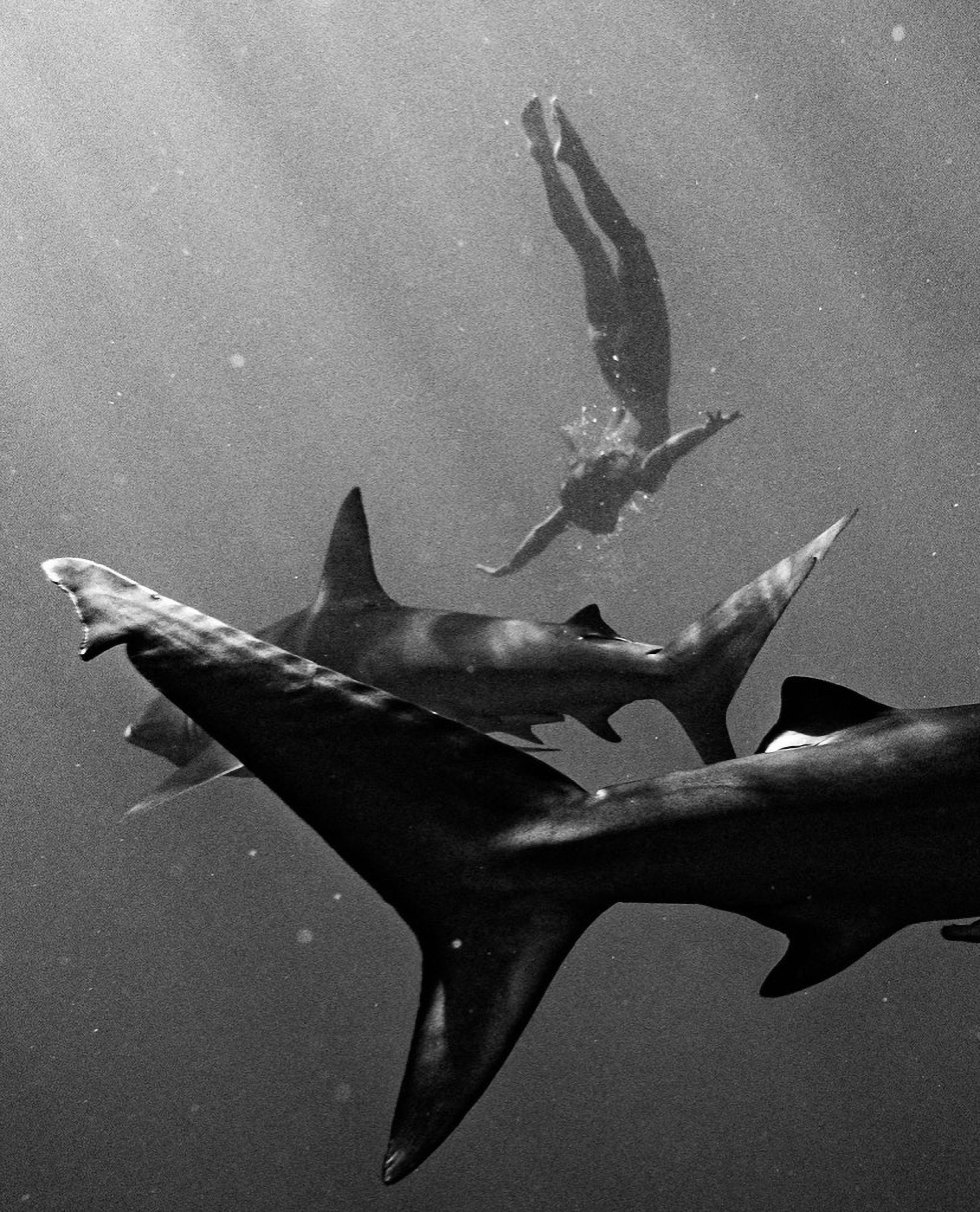 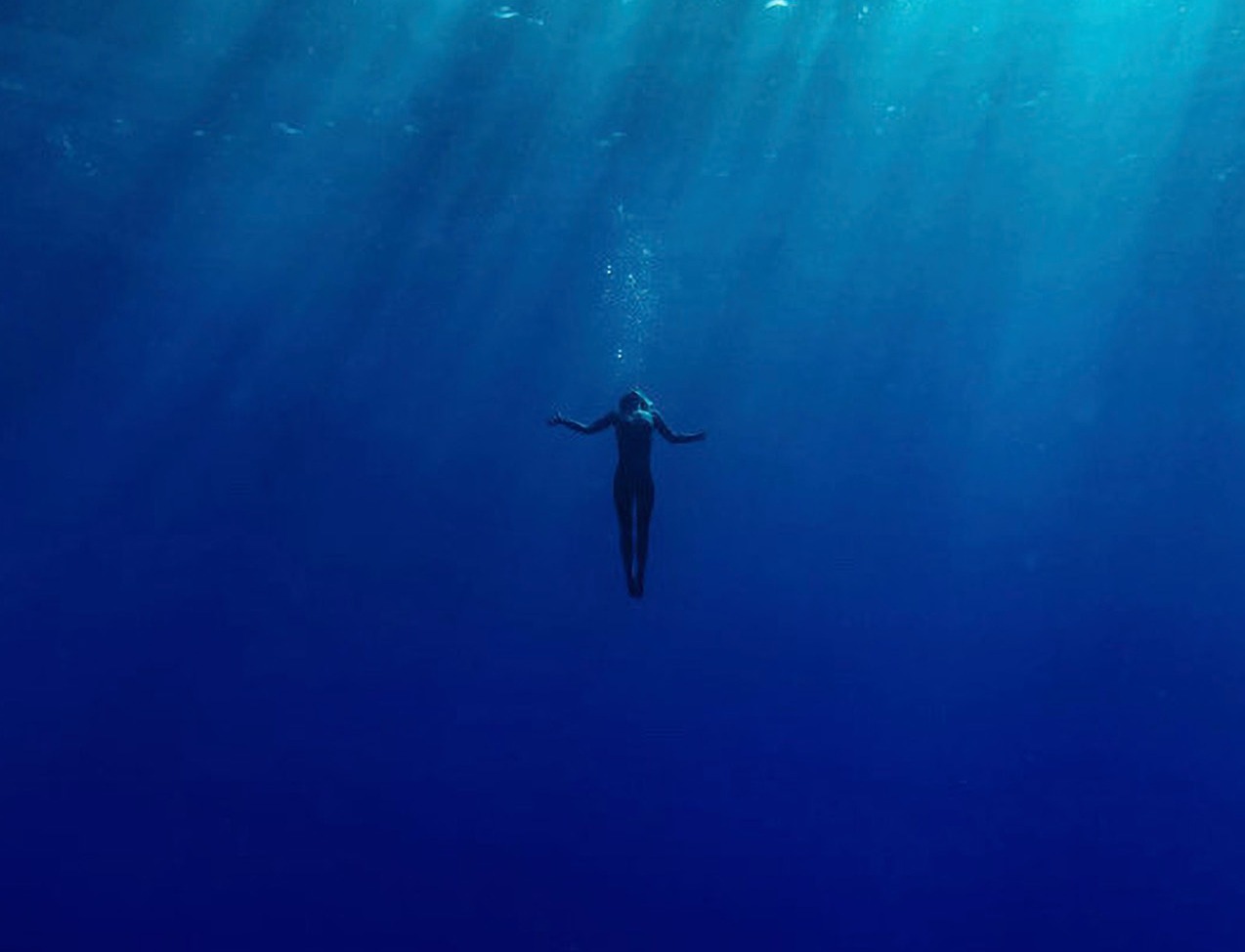 She told Real Press: "It was one of the most peaceful experiences of my life being with the sharks.

"Being in their presence, I felt complete serenity. People ask me if I was scared, but actually, I was not scared at all.

"They were Galapagos sharks. There were also a couple of reef sharks around and one tiger shark that swam up to us, we didn't get to photograph him though, he was in and out."

Papen said she hoped to challenge taboos by making people rethink their ideas about nudity and sharks.

She said: "The message is all about breaking stigmas and taboos, nudity is seen as bad in our society, and so are sharks.

"Over the years, sharks have gained a bad reputation because of the film industry. I wanted to challenge viewers by looking at these magnificent creatures with a different eye." 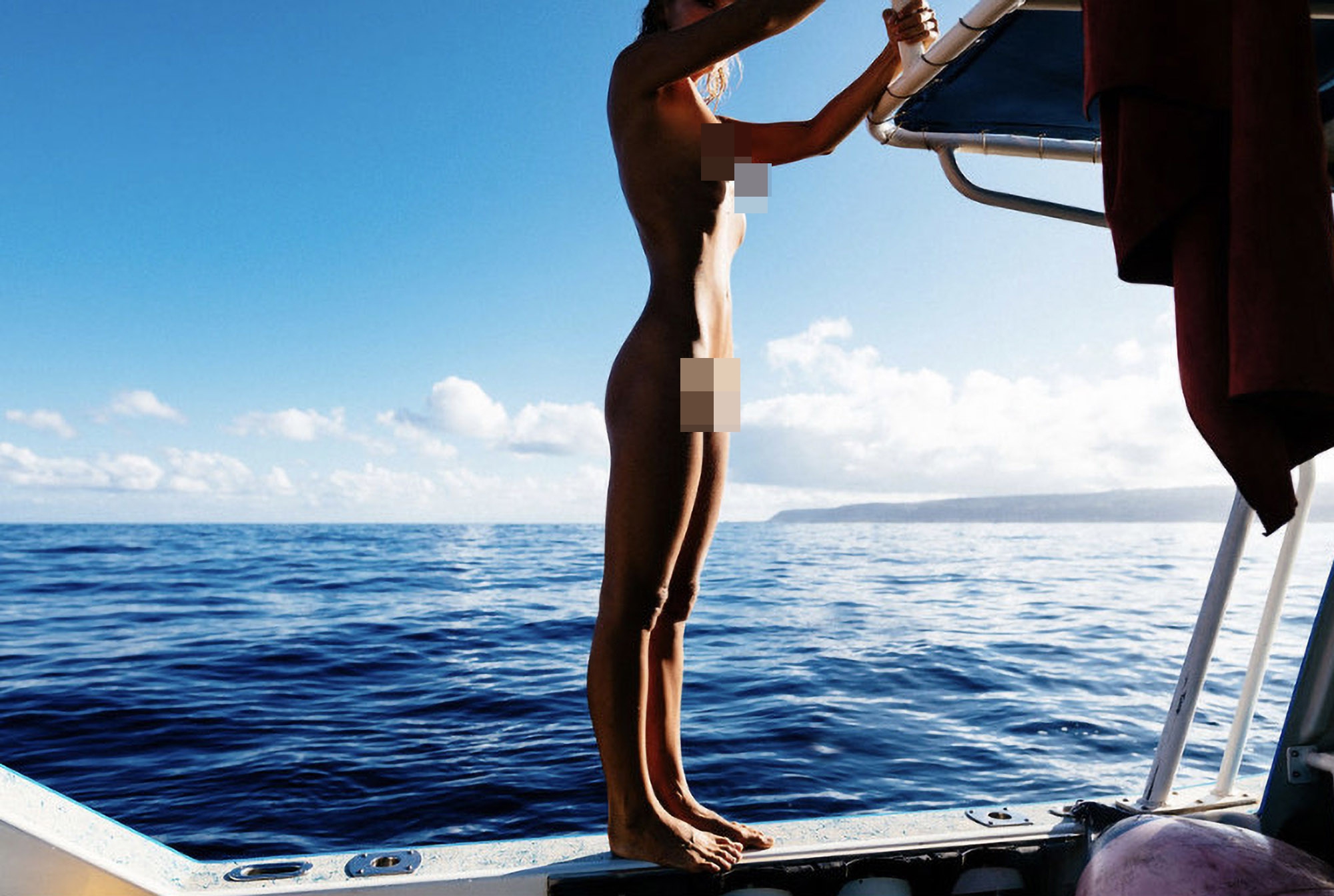 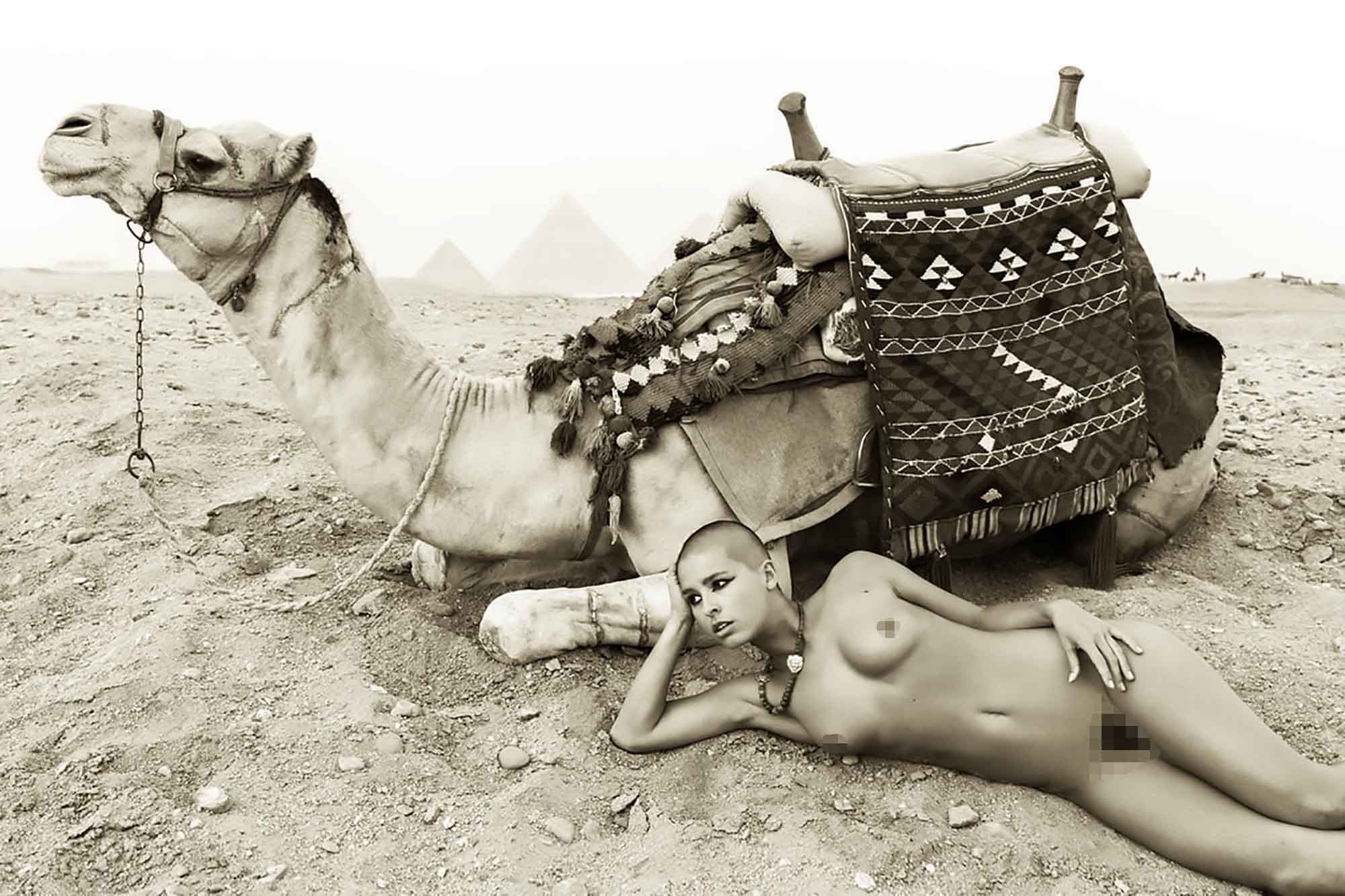 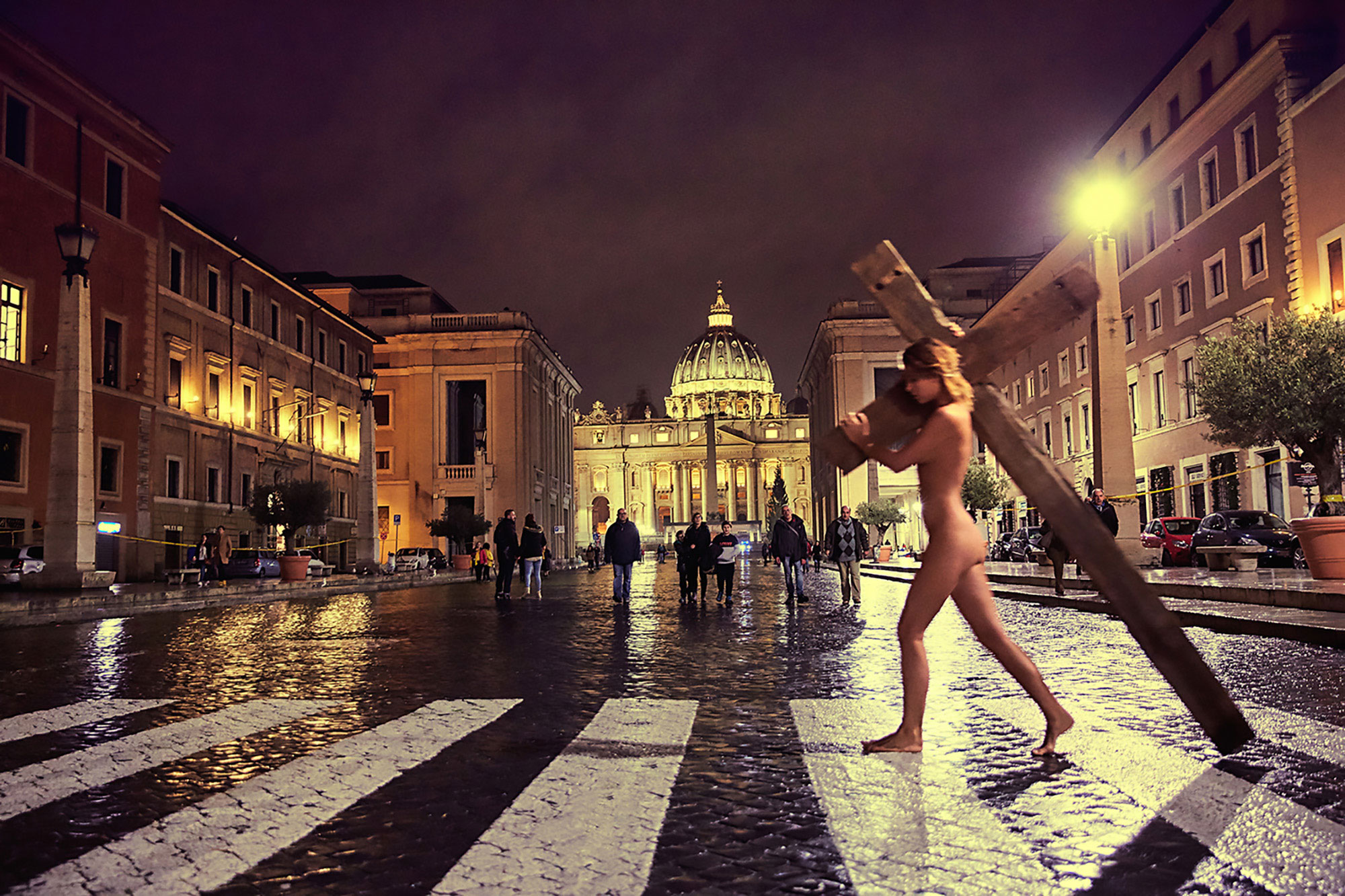 Asked how she prepared mentally for being in the water nude with the sharks, she said: "Before I jumped off the boat, I was meditating… and preparing myself to tap into their energy.

"I had no clue what that would feel like since I had never swum with them before.

"I wasn't going to wear any goggles because I didn't want to be able to read their movements, I just had to trust I would be okay.

"After a couple of dives I realised that their energy is actually so subtle, they are so at one with the ocean, I could barely feel their vibration."

She added: "We dived around 20 times in the span of around 45 minutes. We didn't want to bother them too long."

The images of Papen swimming naked with the sharks were used for her Earth Family Calendar which she said "shows an intertwining of two completely worlds, co-existing in harmony".

The Belgian model added: "I'm inspired by everything I observe in nature. And being in my natural state makes it so much easier to connect with the natural elements.

"I'm driven by a will for a better planet, one of unity, equality and beauty."