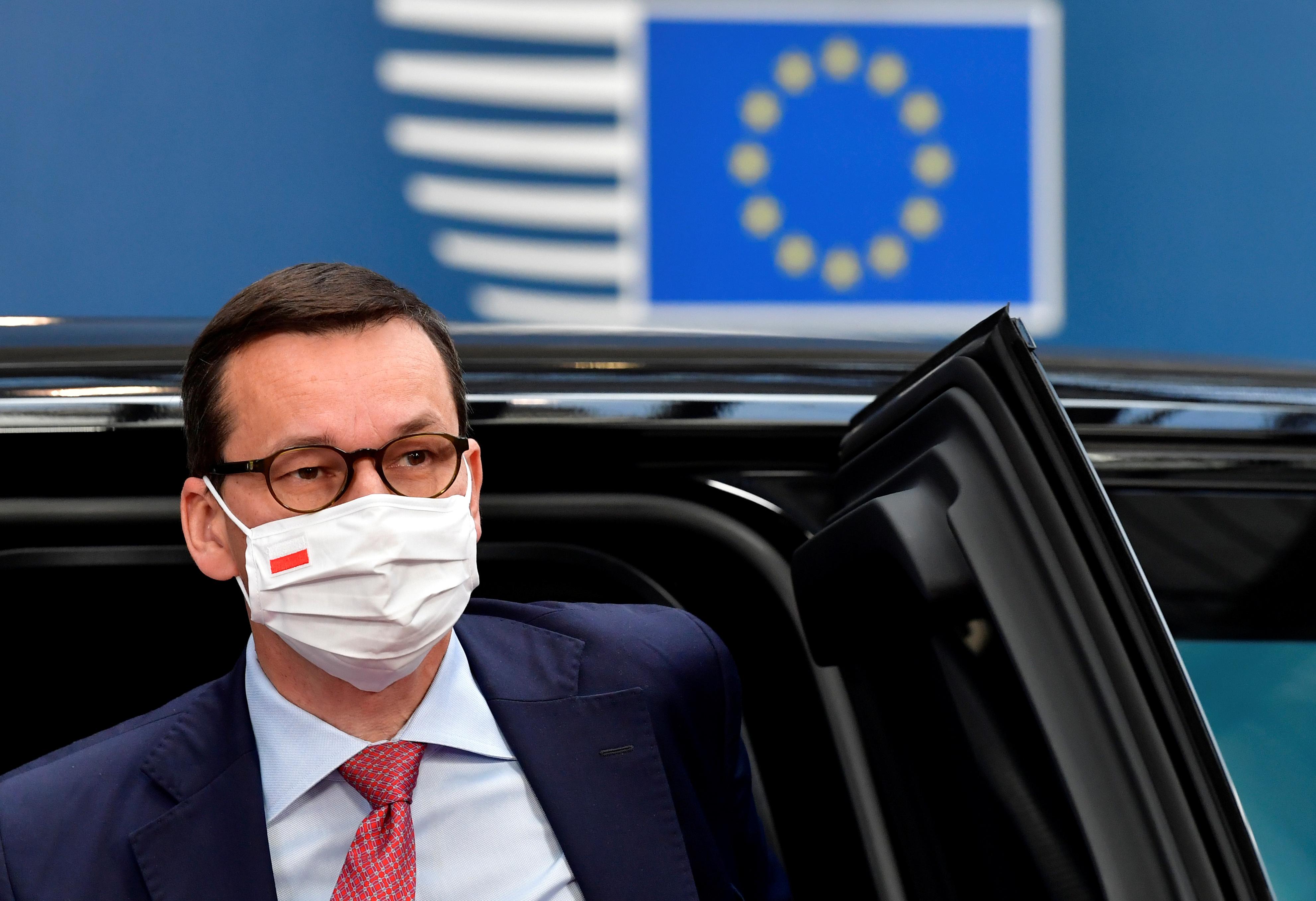 WARSAW (Reuters) – Poland’s Prime Minister Mateusz Morawiecki called on Wednesday on Germany to halt the construction of the Nord Stream 2 gas pipeline, as Warsaw sees the project as a threat to the stability of the region.

Nord Stream 2, an underwater pipeline to bring gas from Russia to Germany, is 90% complete and is due to start operation next year. But German politicians have suggested they could withhold support after the suspected poisoning of Alexei Navalny, a leading Kremlin critic now being treated in Germany.

Germany is consulting European and NATO partners on how to respond if Russia fails to help explain the case of Navalny, who German doctors say was poisoned with a rare nerve agent. Russia says it has seen no evidence he was poisoned.

“This reaction should lead, first of all, to the stoppage of work on the Nord Stream 2, which strengthens Russia’s power, helps President Putin to build a military power, helps to intimidate other nations,” Morawiecki told public radio.

Poland, which imports most of the gas it consumes from Russia, has long opposed Nord Stream 2, arguing it would strengthen Russia’s already dominant position on the region’s gas market.

The pipeline will double the capacity of the existing Nord Stream 1 and will help Russia bypass Ukraine, the main route for Russian gas. Moscow and Kiev have been at loggerheads since Russia’s annexation of Crimea in 2014.