A ‘drug lord’ dubbed ‘Don Carlos’ who was linked to the feared Colombian Cali and Medellin cartels has been arrested in Spain after police tracked a 130lb haul of cocaine hidden inside flower boxes.

Florentino Fernández, who was said to have been involved in the smuggling of drugs in Colombia for 30 years, was detained while he was drinking coffee in Marbella on the Costa del Sol.

Policia Nacional, the national police force of Spain, said the arrest came following a joint investigation with Colombian authorities which traced 130lb of cocaine hidden in boxes of flowers from Colombia.

A video posted on Policia Nacional’s official Twitter account showed the arrested being made as well as officers on the outskirts of Seville searching a vehicle which had been used to move drugs from Seville to Malaga.

Two people were arrested at the scene after the drugs were found hidden in a compartment in the boot. 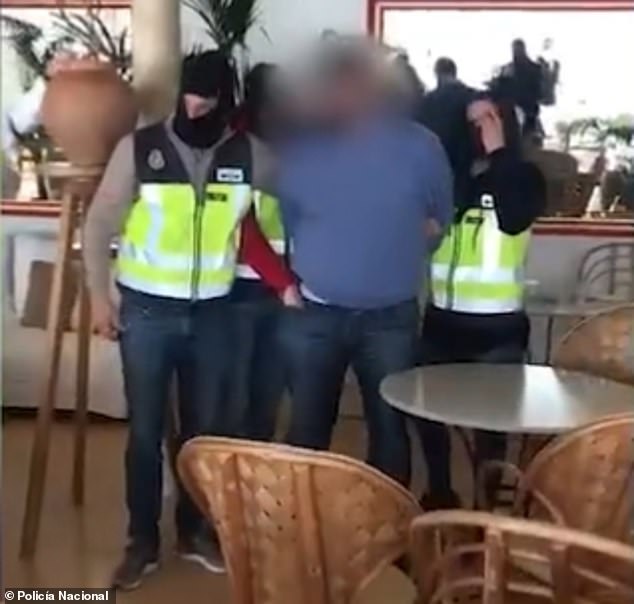 Florentino Fernández, nicknamed Don Carlos, was arrested by Spanish police while drinking a coffee in Marbella. Police said he was in the process of transferring 130lb of cocaine to its final buyers 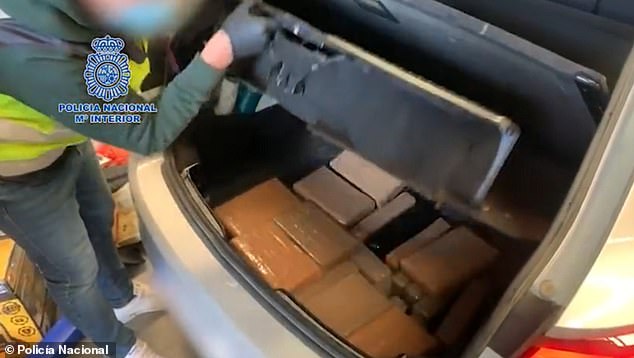 Officers in the outskirts of Seville found drugs hidden in a compartment of a car boot. The car was to be used to move the drugs from Seville to Malaga

Police said the investigation had been ongoing for 18 months when detectives first became aware that the suspect intended to import ‘large quantities of cocaine from South America’.

Police intervened and arrested Fernández while he was in the process of transferring the drug load to its final buyers, police said in a statement.

At his house, detectives found more than €200,000 in cash and a revolver containing ammunition.

Police said €350,000 worth of real estate would be blocked, as well as the accounts of three people and six companies related to the investigation.

Policia Nacional said it has been aware of Fernández, nicknamed Don Carlos, since 1993 when officers discovered his contacts with significant exponents of drug trafficking in Europe and South America. 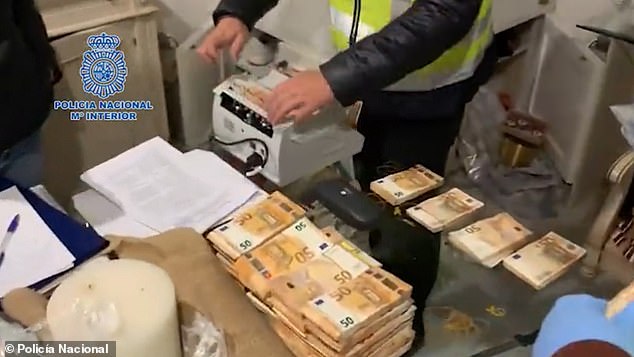 At Fernández’s home, detectives found more than €200,000 in cash and a revolver containing ammunition

He was jailed for 24 years after being accused of leading an organisation that kidnapped two women for an outstanding debt derived from drug trafficking but returned to drug smuggling when he was released.

Described as a ‘powerful Spanish drug trafficker, Fernández, who was born in northern Spain, has lived in Colombia and Venezuela for many years where he was involved in a huge money laundering network.

Police said he surrounded himself with the ‘main drug traffickers’ in South America and provided services to the Medellin cartel, and even established his residence in the Madrid home of Gilberto Orejuela, a former head of the Cali drug cartel.