This is the horrifying moment a man creeps up behind a woman and slashes her across the bottom with a sharp object before casually strolling off.

Police released CCTV footage of the moment the man steps up behind the victim, a woman in her 20s, while she rummages in her bag outside a flat on Craven Terrace in Westminster.

During the late night attack the suspect, who is wearing a hat, quickly reaches out with his left hand and strikes her on the bottom. 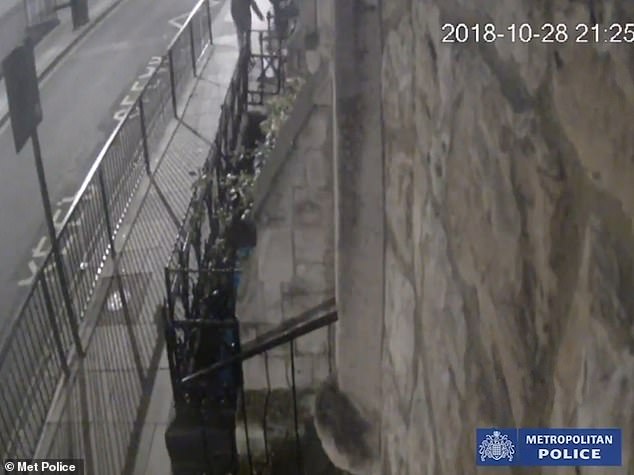 She is seen spinning around and grabbing her behind in shock, by which time the suspect – who has barely broken stride – has walked off.

The assault caused a superficial wound which required medical attention at hospital, according to Scotland Yard.

Officers investigating the assault wish to speak to the man in connection with the incident, which took place at 8.45pm. Sunday, October 29.

Police believe the incident was a random attack and are urging anyone who can identify the man to come forward. 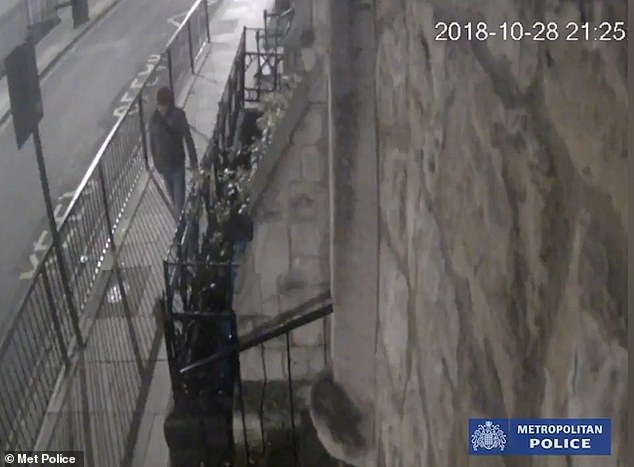 He is believed to be of medium-to-tall build and was wearing a big jacket at the time of the assault.

Detective Constable Yousuf Bhamjee said: ‘This assault has had a significant impact on the victim. 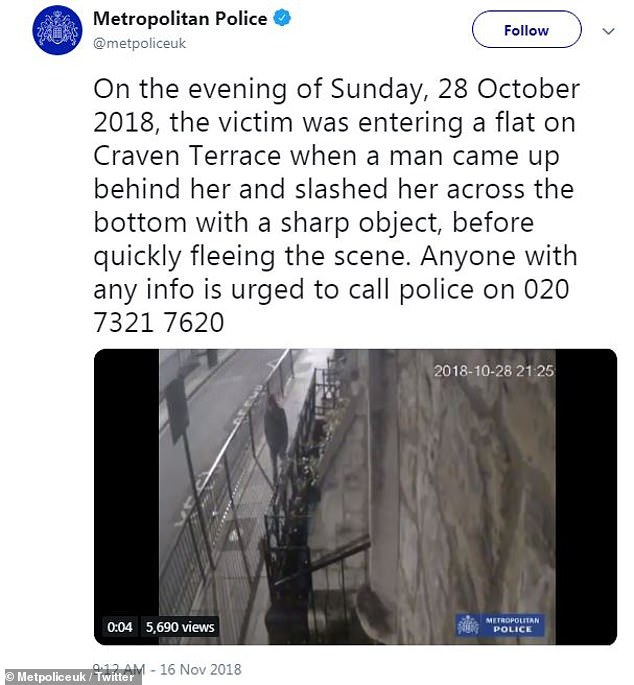