Police issue £10000 Covid superfine as they break up christening party

Police issue £10,000 Covid superfine as they break up christening party featuring marquees, DJ decks, live musicians and 50 guests who had travelled up to 140 miles

This is the moment police issue a £10,000 Covid superfine to a baby’s parents as they break up a christening party featuring marquees, DJ decks, live musicians and 50 guests who had travelled up to 140 miles to attend.

Body-cam footage shows the father complaining about spending money on the party, asking police to ‘give them an hour’ and that ‘he didn’t believe it the virus.’

He can be seen telling officers upon their arrival at the house in Blakenhall: ‘I’m christening my small baby, we’re just having a bit of a party.’

He then admits only four people live a the property after being told by a female police officer: ‘No parties are allowed.’

The organiser claimed there were 20 guests – but officers who broke up the party believe up to 50 people were present. 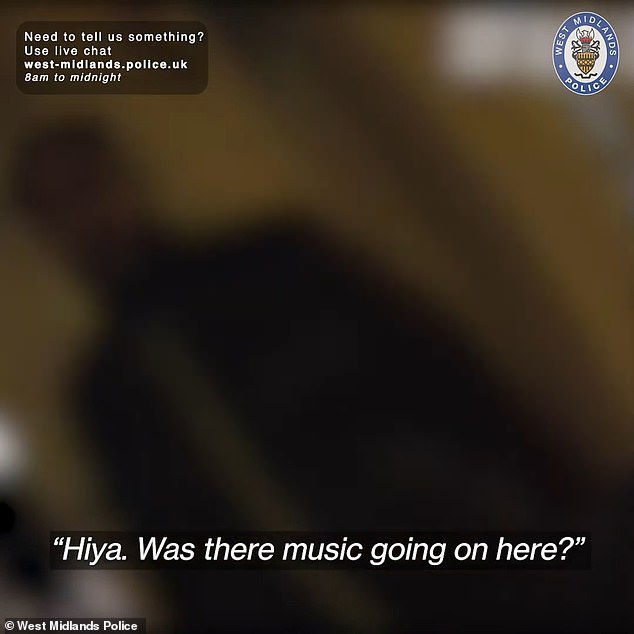 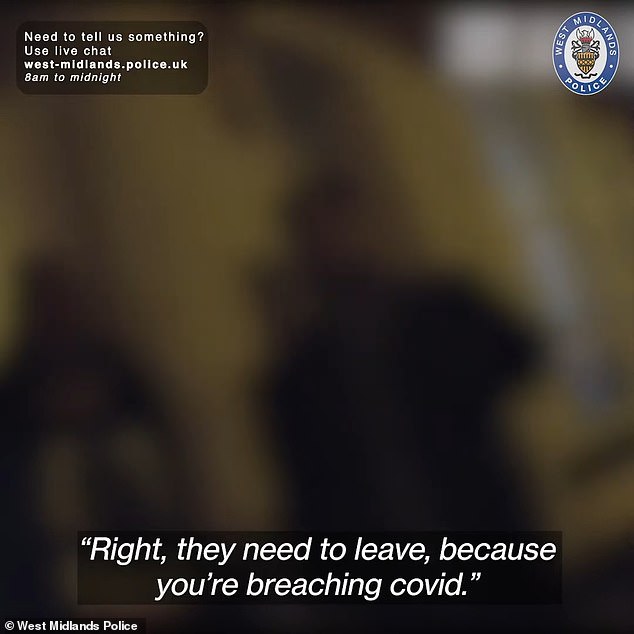 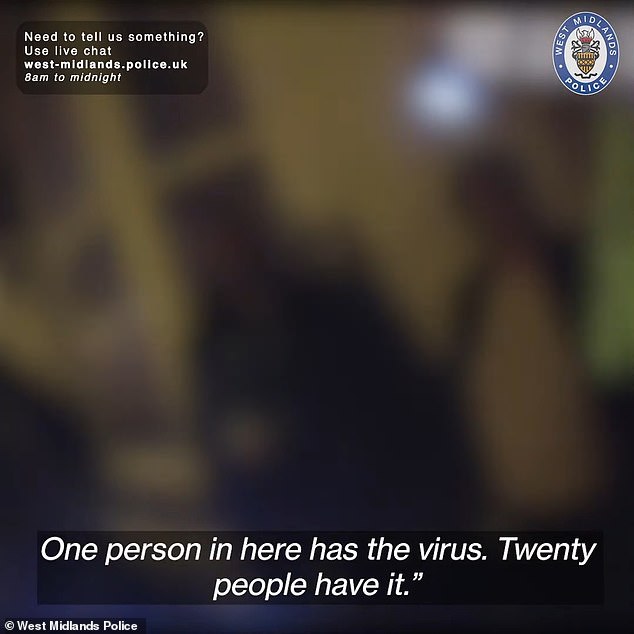 An officer makes the point that if one person in the house has the virus, so will everybody else

The officer says to the father: ‘They need to leave. You are beaching Covid’ before he moans: ‘I’ve spent too much money on this party. Give me an hour.’

Another officer tells him: ‘We can’t. We are in a pandemic. We hate doing it. We don’t want to do it.

‘It is hard on everyone. We understand that. But we have to try and protect people. One person in here has the virus – 20 people have it.’

The father then replies: ‘I know, but I don’t believe in this virus because it’s no harm.’

The footage then shows huge marquees erected in the back garden with buffet food and drinks laid out for guests.

The father can be heard saying to officers: ‘You see how much money I’ve spent now.’

Wolverhampton is currently under Tier 2 lockdown restrictions, which forbids people from socialising with anybody outside their household or support bubble in any indoor setting, meaning Saturday’s gathering in Blakenhall was a blatant breach.

Guests were moved on and the household was served with notice of the £10,000 super fine – the first at a residential property in the region.

Superintendent Simon Inglis, from Wolverhampton, said: ‘This was a reckless breach of Covid rules at a time when the deadly virus is spreading and harming our communities.

‘It was clearly pre-planned and bringing together this many people at a residential property is not only illegal, but increases the risk of any infections being passed on.

‘We’re fully aware this is a really difficult time for people, but we won’t be able to control this disease and return to a sense of normality if we allow such events. This is not about stopping people’s fun and celebrations, but it is about saving lives from this awful virus.

‘The vast majority are following the guidelines and having to make personal sacrifices. There are people unable to attend funerals and say goodbye to loved ones while abiding by the restrictions.

‘So we must make a stand when we do come across blatant, and unnecessary, breaches such as pre-planned large parties. It is unacceptable and we will take action.

‘We’re continuing to work with our partners across the city to tackle this virus and help to protect those who live work and visit the city in the coming weeks and months.’ 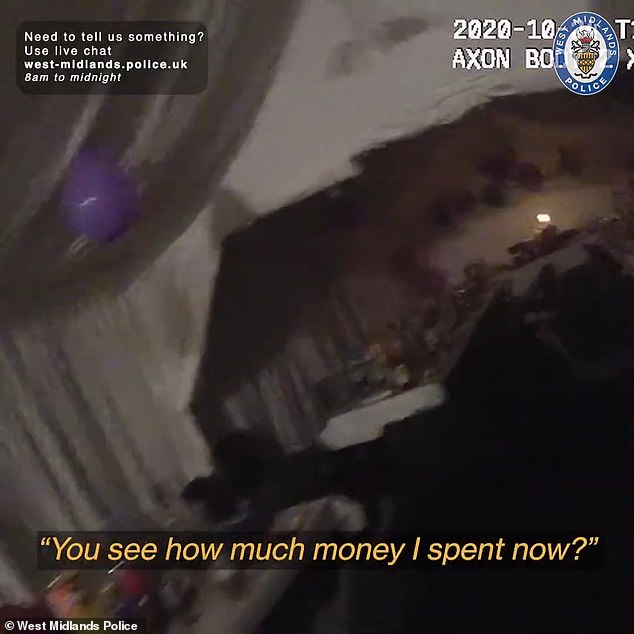 Footage shows the size of the party, with the homeowner having set up a large buffet of food 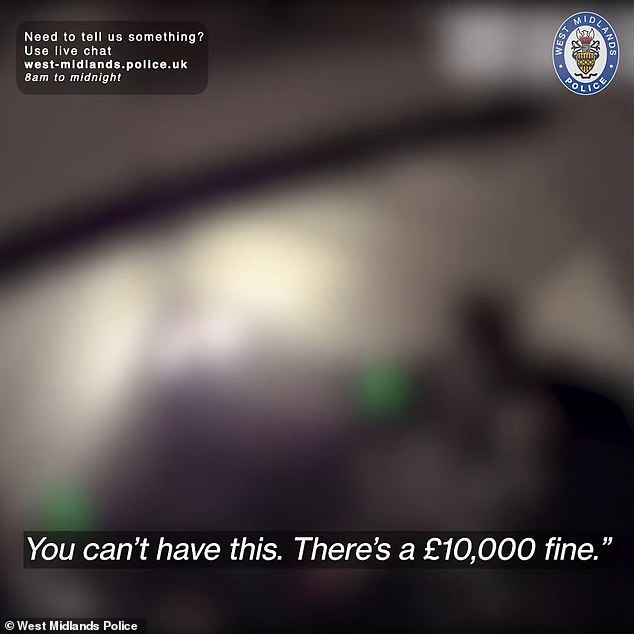 The officers tell him that hosting such a gathering means he now faces a £10,000 fine 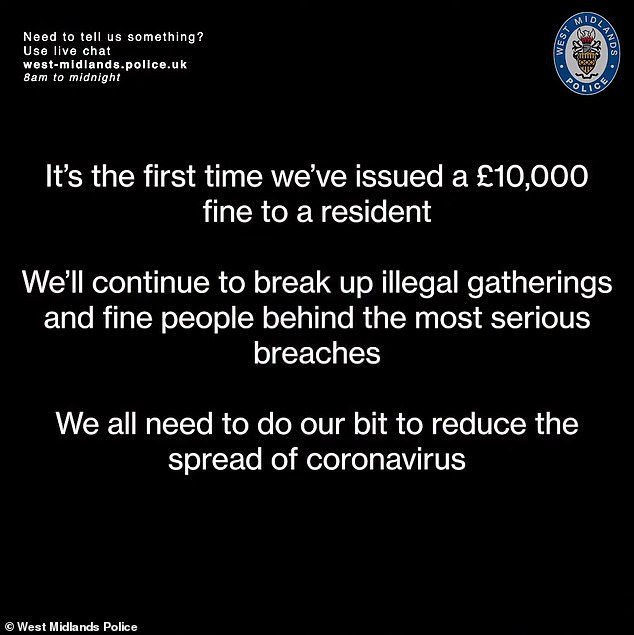 A message at the end of the video reads: ‘It’s the first time we’ve issued a £10,000 fine to a resident. We’ll continue to break up illegal gatherings and fine people behind the most serious breaches. We all need to do our bit to reduce the spread of coronavirus’

Councillor Jasbir Jaspal, the City of Wolverhampton Council’s Cabinet Member for Public Health and Wellbeing, added: ‘Every single one of us has a key role to play in the fight against Covid-19, and the vast majority of Wulfrunians are doing a brilliant job in following the measures which are in place to prevent the spread of coronavirus.

‘The sacrifices they are making day in, day out, are helping to keep infection rates as low as possible, and I am sure they will be as disgusted as I am at the actions of others who, through their thoughtlessness, are putting people’s lives at risk.’

It comes as shocking footage also released today shows officers raiding a Peckham nightclub packed with revellers as it has its licence yanked for breaching Covid rules.

Officer’s from the Met visited Afrikiko Restaurant and Club in Old Kent Road, Southwark on six occasions between Friday, July 31 and Saturday, September 26.

On the final visit last month, they were blocked from entering before they raided the club and found 45 revellers in the basement.

Video from the raid shows a DJ blaring loud music in a basement club room with coloured lighting and crowds of revellers not adhering to social distancing rules.