Police officer breaks down in tears after sneaking into hospital

A police officer in Peru has broken down in tears after disguising himself as a doctor to reach his father in a Covid hospital ward only to discover him dead in bed.

Jampier Gaspar Montes, 21, was handcuffed and led away after donning PPE to pose as a medic and get past security at Daniel Alcides Carrion Hospital in the city of Huancayo.

A local TV station filmed him as he sat on the pavement outside the hospital as he stripped off his blue gown and cap surrounded by armed officers after being caught. 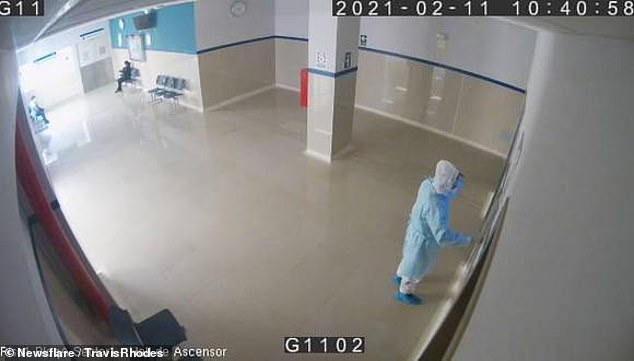 Jampier Gaspar Montes, 21, (pictured) made it to the sixth floor of the hospital where he discovered his father dead in bed 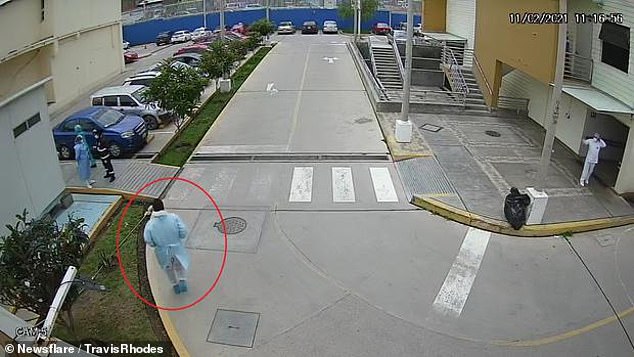 Jampier Gaspar Montes, 21, was handcuffed and led away after donning PPE to pose as a medic

Health chiefs have launched an investigation to find out whether an accomplice helped him get into the quarantined ward where the officer’s dad had been admitted.

Jampier, said to have acted after ’48 hours of frustration’ in which he was left without any updates on his father’s condition, reportedly claimed he worked as a nutritionist at the medical centre when he was questioned about his status.

He made it to the sixth floor of the hospital and fled after discovering the grim truth but was held by his own colleagues after a short chase.

The hospital called the security breach ‘regrettable’ in a statement, saying: ‘The patient was admitted on February 9 with advanced coronavirus and diabetes.

‘He was taken to a restricted area and connected to a makeshift ventilator while we waited for an intensive care bed to become available. 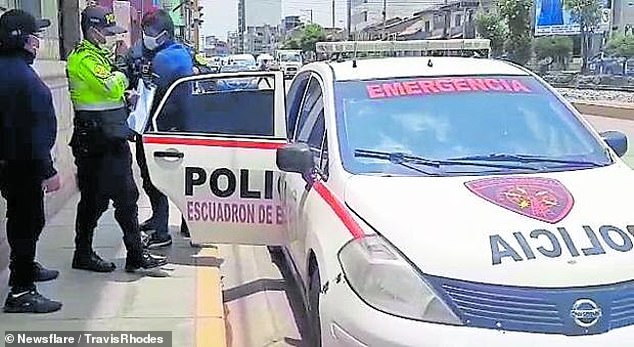 He was held by his own colleagues after a short chase. The hospital called the security breach ‘regrettable’ in a statement

‘Twelve patients were still waiting for an intensive care bed when a second request for a transfer to a high-dependency unit was made.

‘Health officials discovered the patient was in a serious condition before the transfer occurred and he was pronounced dead after a mask he was being helped to breath with was removed.’

Police chief Roger Arista said: ‘I understand the officer’s father has died and in a desperate attempt to see how he was, he entered the hospital disguised as a doctor.

‘We will be investigating to see whether he was on duty at the time or not.’