Police officer, 45, who was jailed for 18 months after his dangerous driving killed 59-year-old shopkeeper in head-on smash is allowed to KEEP his job 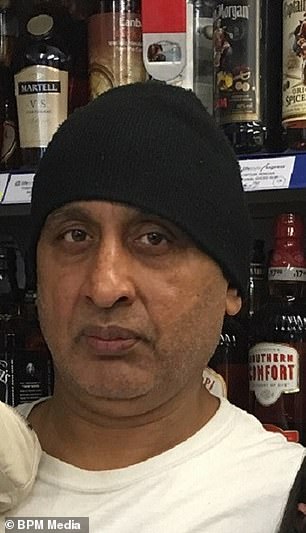 A serving police officer who was jailed for 18 months after he admitted killing a 59-year-old man, will get to keep his job.

Jason Bannister, 45, pleaded guilty to death by dangerous driving and has been told he can keep his job despite killing shopkeeper Balvinder Singh.

Birmingham Crown Court heard how Mr Singh had been driving his Mercedes Sprinter van when he was hit head-on by a Hyundai, being driven by Bannister in Wolverhampton on December 29 2016.

Despite the conviction, Staffordshire Police said that it had not released an image of Bannister due to ‘safeguarding issues’.

Death by dangerous driving can carry a sentence of up to 14-years in prison as well as a fine.

At a Staffordshire Police Special Case Hearing on Friday December 14, Chief Constable Gareth Morgan found that Bannister’s conduct amounted to gross misconduct and he was issued with a final written warning and retained in service. 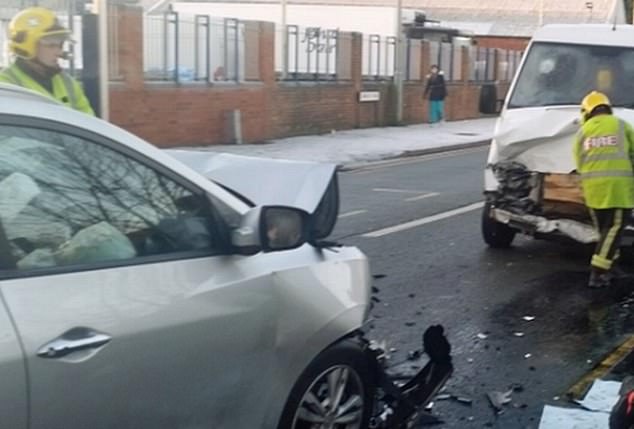 The Hyundai (left) and the van (right) pictured on Cannock Road, Wolverhampton, after the accident

Ch Con Morgan said: ‘The events that led to this hearing are profoundly tragic for all involved, but none so much as the family of Balvinder Singh.

‘The pain and loss felt by his family is evident in the statements submitted to the court and to this hearing. Jason Bannister’s remorse and acknowledgement of his guilt is also very clear.

Death by dangerous driving – how are the perpetrators sentenced?

According to the CPS (Crime Prosecution service, the offence of causing death by dangerous driving is committed under section one of the Road Traffic Act 1988 and occurs when the suspect’s driving is a cause or factor in the death of another person.

It is an offence triable only be indictment and currently carries a maximum penalty of 14 years’ imprisonments and/or an unlimited fine. However the UK government had previously suggested the sentence be upped to life imprisonment, in November last year.

The court must ban the driver for at least 2 years, unless special reasons are found.

‘The purpose of misconduct hearings is not simply to punish. I am satisfied that these exceptional circumstances warrant the application of my discretion provided for in the regulations.

‘Jason Bannister’s service record underscores that he has served the public in an exemplary fashion throughout his time in Staffordshire Police and provides significant reassurance that he would do so in future.

‘I know that nothing can undo the tragedy that blights the life of the Singh family as a result of this tragedy, but in my view Jason Bannister should not be prevented from rebuilding and rehabilitating his life having served his custodial sentence.

‘Therefore, after much deliberation and reflection, I have made the decision to retain Jason Bannister in service in these specific and unprecedented circumstances.’

Bannister, from Wombourne, Staffordshire, will not be paid for the duration of his custodial sentence.

He was also banned from driving for three years and nine months, after the accident on Cannock Road in Wolverhampton.

Shortly after his death, Mr Singh’s family said: ‘He was the most loyal and hard-working family man, with three children and six grandchildren who were his everything one of which he never got to meet.

‘He was loved throughout the community.’

Being a police officer with a criminal record

The Metropolitan Police states that ‘ideally you should not have a criminal conviction’ upon applying to be a part of the police force.

The force states that care needs to be taken recruiting officers with a criminal record as officers with criminal associations or convictions may be vulnerable to disclosing information and that convictions and cautions for certain offences can undermine a police officer’s position as a witness in court.

Checks on officers are currently carried out internally, prospective officers are required to go through a screening process where they are checked against the Police National Computer.

However, if an officer is convicted whilst already being a serving member of the police force, the officer may be able to keep his/her job.

In a Freedom of Information Request from 2017, it was revealed that six serving police officers had been convicted of offences in the last five years, with only one of the officers having been dismissed due to being convicted of a criminal offence.