The searched locations included Navalny’s apartment, where police detained his brother, Oleg, and a rented apartment where Navalny’s wife, Yulia, has been living.

BBIDEN HAS FIRST CALL AS PRESIDENT WITH PUTIN, ADDRESSES NUKES AND ELECTION INTERFERENCE

Video on the internet TV station Dozhd showed Yulia Navalny telling journalists from the window that police had not allowed her lawyer to enter the apartment.

The raids came four days before protests that Navalny’s supporters have called for Sunday.

Demonstrations calling for his release took place in more than 100 cities across the nation last Saturday, a strong show of rising anger toward the Kremlin. Nearly 4,000 people were reported arrested at those protests. 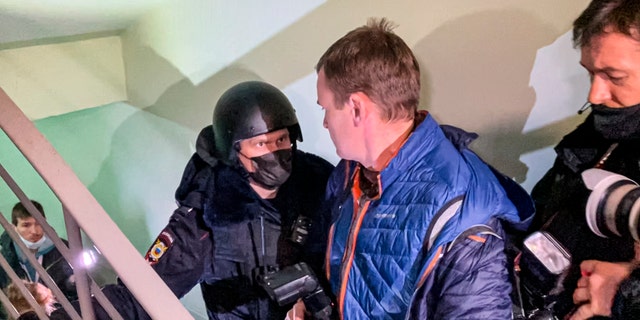 A police officer pushes photographers from a door of the apartment where Oleg Navalny, brother of jailed opposition leader Alexei Navalny lives in Moscow, Russia, Wednesday, Jan. 27, 2021. Police are searching the Moscow apartment of jailed Russian opposition leader Alexei Navalny, another apartment where his wife is living and two offices of his anti-corruption organization. Navalny’s aides reported the Wednesday raids on social media. (AP Photo/Mstyslav Chernov)

Other locations raided by police Wednesday were the offices of Navalny’s anti-corruption foundation and the studio that produces his videos and online broadcasts. The popular videos and broadcasts helped make Navalny into Russian President Vladimir Putin’s most prominent and persistent foe.

There was no immediate police comment on the searches. Navalny associates said on social media that the searches were connected to alleged violations of epidemiological regulations from last week’s mass protest in Moscow.

But “the real reason for the searches of Navalny’s teams, relatives and office is Putin’s crazy fear,” Navalny’s team said in a message.

Navalny’s challenge to Putin grew after he was arrested on Jan. 17 upon his return from Germany, where he spent five months recovering from nerve-agent poisoning that he blames on the Kremlin. 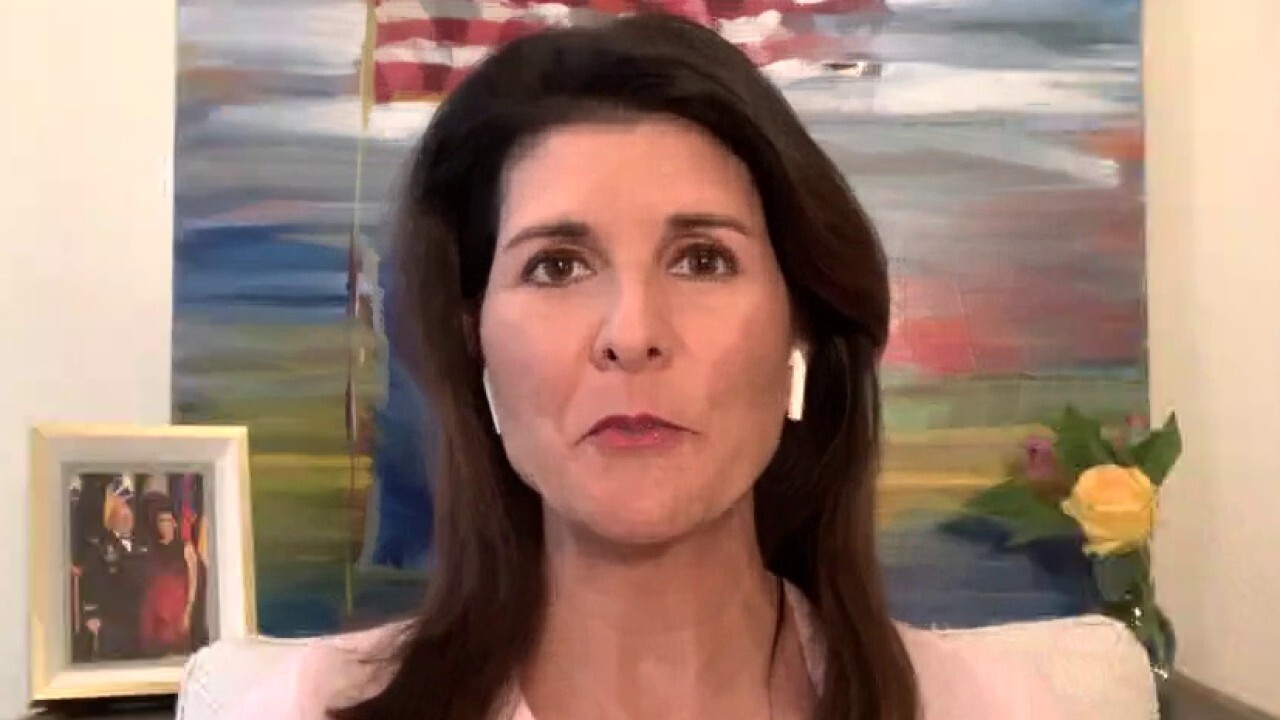 Two days after his arrest, his organization released an extensive video report on a palatial seaside compound allegedly built for Putin. It has been viewed tens of millions of times, further stoking discontent.

Navalny, the Kremlin’s most prominent and durable foe, fell into a coma while aboard a domestic flight from Siberia to Moscow on Aug. 20. He was transferred from a hospital in Siberia to a Berlin hospital two days later. Labs in Germany, France and Sweden, and tests by the Organization for the Prohibition of Chemical Weapons, established that he was exposed to the Soviet-era Novichok nerve agent.

Russian authorities have refused to open a full-fledged criminal inquiry, citing a lack of evidence that Navalny was poisoned.

In December, Navalny released the recording of a phone call he said he made to a man he described as an alleged member of a group of officers of the Federal Security Service, or FSB, who purportedly poisoned him in August and then tried to cover it up. The FSB dismissed the recording as fake.

Navalny’s arrest and the harsh police actions at the protests have brought wide criticism from the West and calls for his release.