Police say eight people have been killed in shootings in the German city of Hanau on Wednesday evening.

Six other people are thought to have been seriously injured in the bloodbath in the Kesselstadt district of the city, which is near Frankfurt.

Police also said special units are chasing the perpetrators who fled the scene of the first attack in a dark-coloured car.

A short police statement gave no information on the victims. It is not immediately clear what the reason for the shootings might have been. 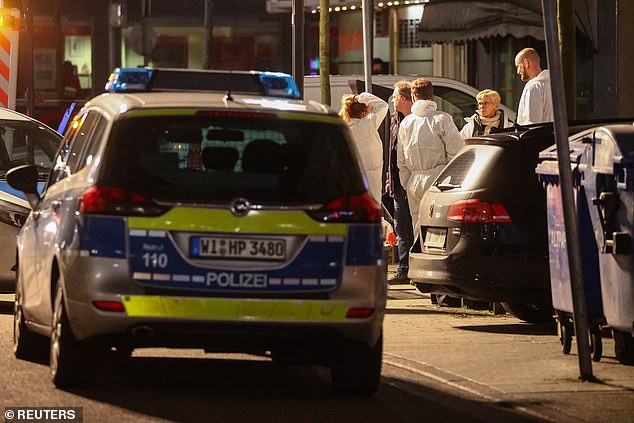 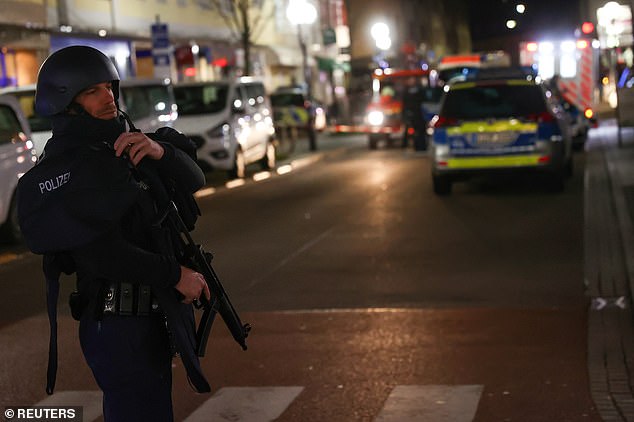 A police officer secures the area after a shooting in Hanau near Frankfurt, Germany

It said witnesses reported hearing eight or nine shots and seeing at least one person lying on the ground.

The perpetrator or perpetrators then apparently went to another part of the city, where shots were fired in another hookah lounge, the broadcaster said.

Police said people were killed but it was not clear exactly what was behind the incident, the dpa news agency said.

No arrests have been made and the suspects are thought to be at large.

Hanau is around 12 miles east of Frankfurt. 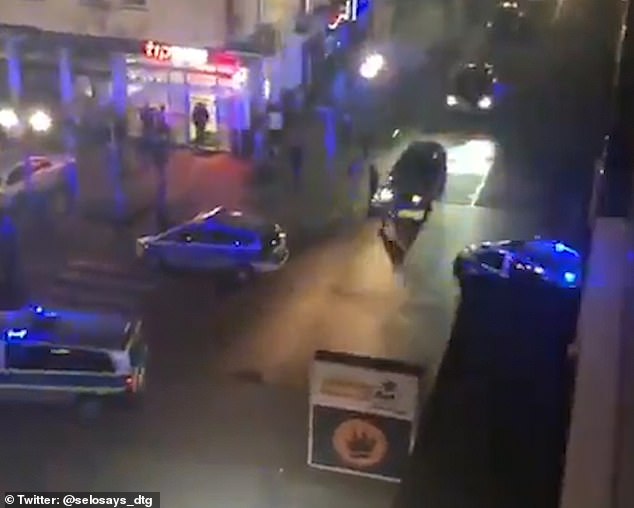 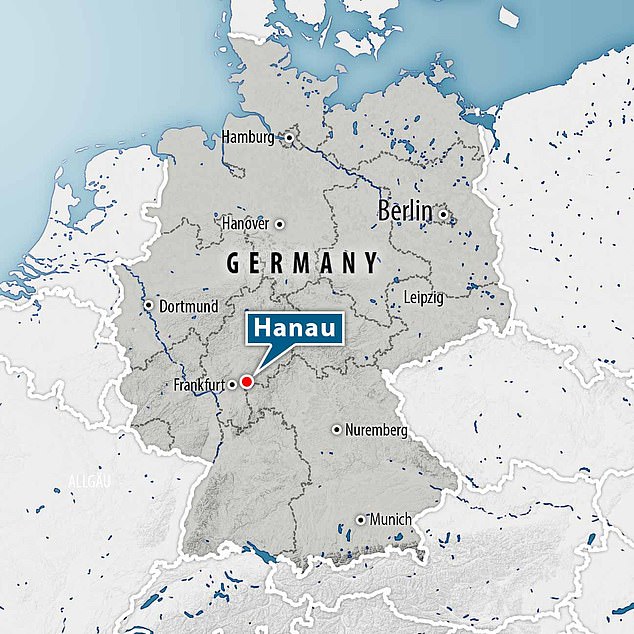