Poll: Fewer Americans willing to get vaccine amid fears Trump is putting politics before safety.

In early May, most Americans (55 percent) said they would get vaccinated for COVID-19 if and when a vaccine becomes available.

Now, four months later, less than a third of Americans (32 percent) say they plan to get vaccinated, according to the latest Yahoo News/YouGov poll — a stunning 23-point decline that reflects rising concern about the politicization of the vaccine process and underscores how challenging it will be to stop the pandemic through vaccination alone.

The survey, which was conducted from Sept. 9 to 11, found for the first time that more Americans say they would not get vaccinated (33 percent) or that they’re not sure (34 percent) than say they would. As recently as late July, 42 percent of Americans had said they planned to get vaccinated, meaning 10 percent of the public has moved into the “no” or “not sure” column over the last month or so. 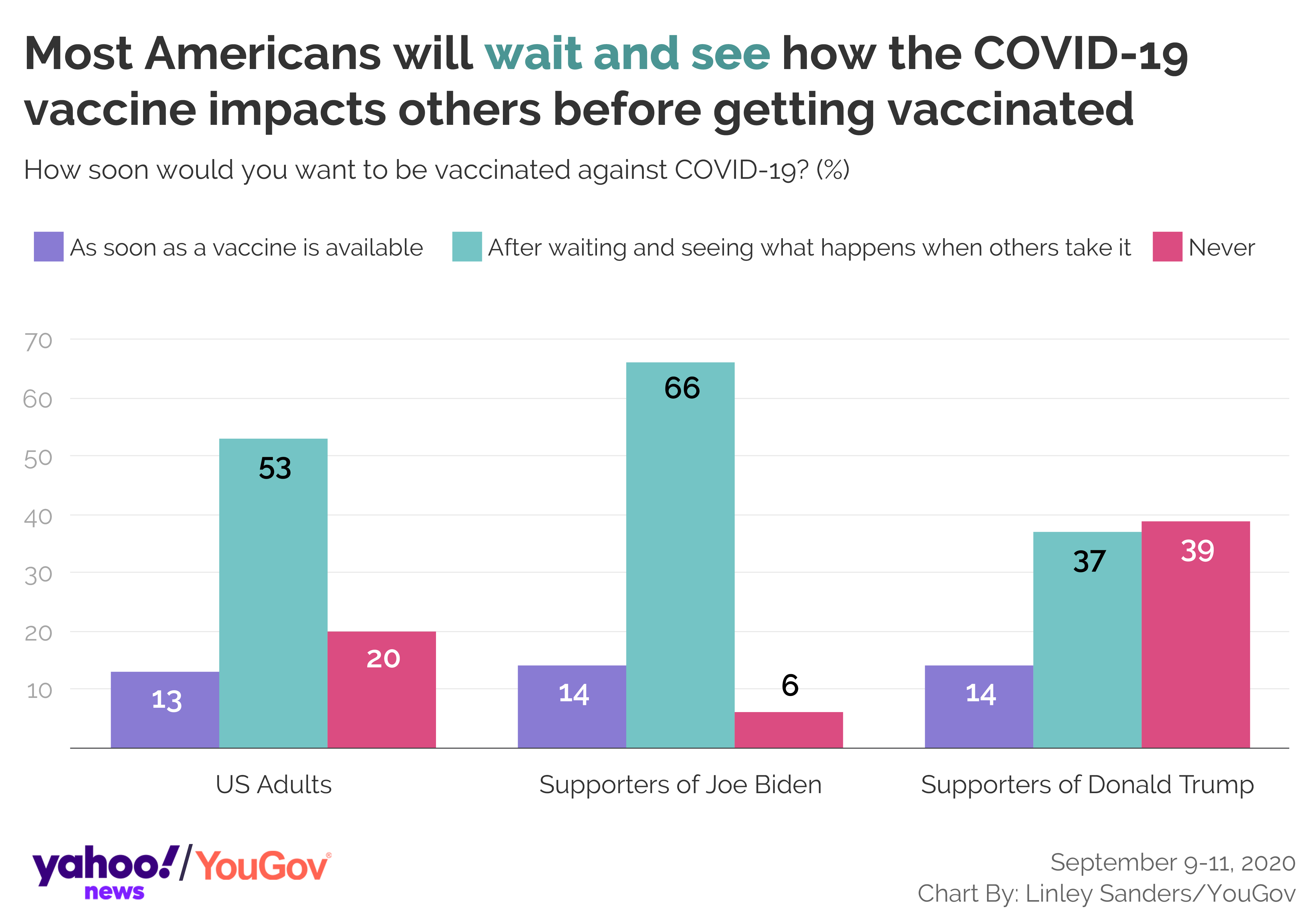 The question is why. The data shows that the accelerated pace of President Trump’s Operation Warp Speed vaccine program combined with fears that the safety of the vaccine could be compromised if politics takes precedence over science have served to transform many of those previously willing to get vaccinated against COVID-19 into skeptics.

These newer skeptics tend to be Democrats.

Yet while the number of Republicans who say they would get vaccinated has declined 14 points since May (from 47 percent to 33 percent), the corresponding number of Democrats has plummeted by twice as much (from 70 percent to 42 percent) over the same period of time.

The latest Yahoo News/YouGov poll suggests Democrats are being turned against COVID-19 vaccination by Trump’s increasingly public push to unveil a vaccine before Election Day in order to boost his chances of winning a second term. According to administration officials who spoke to the Washington Post, “The president is so fixated on finding a vaccine … that in meetings about the U.S. pandemic response, little else captures his attention.” Last week, Trump predicted that “we’re going to have a vaccine very soon, maybe even before a very special date. You know what date I’m talking about.” Privately, Trump campaign advisers have called a pre-election vaccine “the holy grail.”

As a result of Trump’s Election Day timeline, what could have been seen as a revolutionary breakthrough — a vaccine developed four times faster than ever before — is instead coming to be seen as an untrustworthy, politically motivated stunt. A majority of Americans say Trump wants “a vaccine to be released quickly” for political reasons (57 percent) rather than health reasons (24 percent); 82 percent of Democrats and 61 percent of independents agree with that assessment. In turn, a similar majority of Americans (55 percent) believe the vaccine would not be safe if released before Election Day. Just 14 percent say the opposite — 9 percent of Democrats and 27 percent of Republicans. 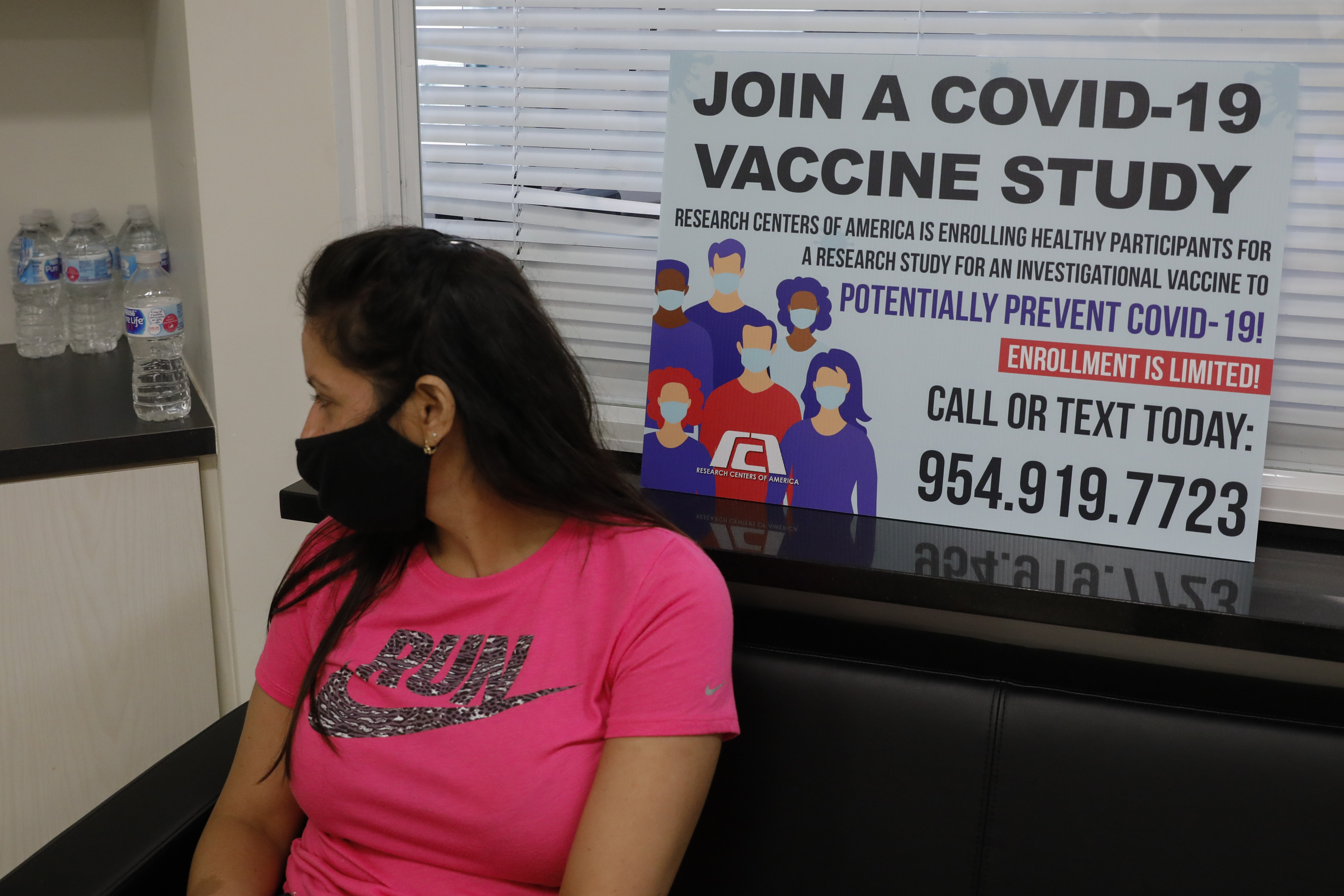 The question was also posed with a preface explaining that the fastest previous approval for a vaccine took four years. But that tweak didn’t alter the results significantly, indicating that the concern for most Americans isn’t speed as such, but the Election Day deadline — and the suspicion it fosters that Trump would sacrifice Americans’ safety to help himself at the ballot box.

That’s likely why only 16 percent of Americans think it’s a “good idea” for Trump to push health officials to release a COVID-19 vaccine before Election Day, and why most (57 percent) think it’s a “bad idea.” Even more Republicans think it’s a bad idea (34 percent) than good (31 percent). Among undecided voters or voters who plan to vote for someone other than Trump, a mere 7 percent say a pre-election vaccine would make them more likely to vote for the president. Five times as many (34 percent) say it would make them less likely to vote for Trump.

The fact that only 27 percent of Republicans believe a vaccine released before Nov. 3 would be safe is telling. All along, Republicans have been less open to vaccination than Democrats. They remain so today, with fully half of those who intend to vote for Trump (50 percent) saying they would not get vaccinated compared with just 29 percent who say they would. Among Biden supporters, those numbers are reversed: 42 percent yes and 21 percent no.

The problem now is that all those numbers are heading in the wrong direction. If only 32 percent of Americans get vaccinated, it will not create enough herd immunity to stop the pandemic. For that to happen, scientists estimate that at least 60 percent of the population — and probably more like 75 or 80 percent — would need to sign up, a number that depends on many factors, including the efficacy of the vaccine itself and how widely the virus has already spread.

It’s possible that could still happen. Experts are hopeful that uptake — i.e., the percentage of the population that agrees to get vaccinated in the near term — will far exceed the 32 percent who already say they’re on board. 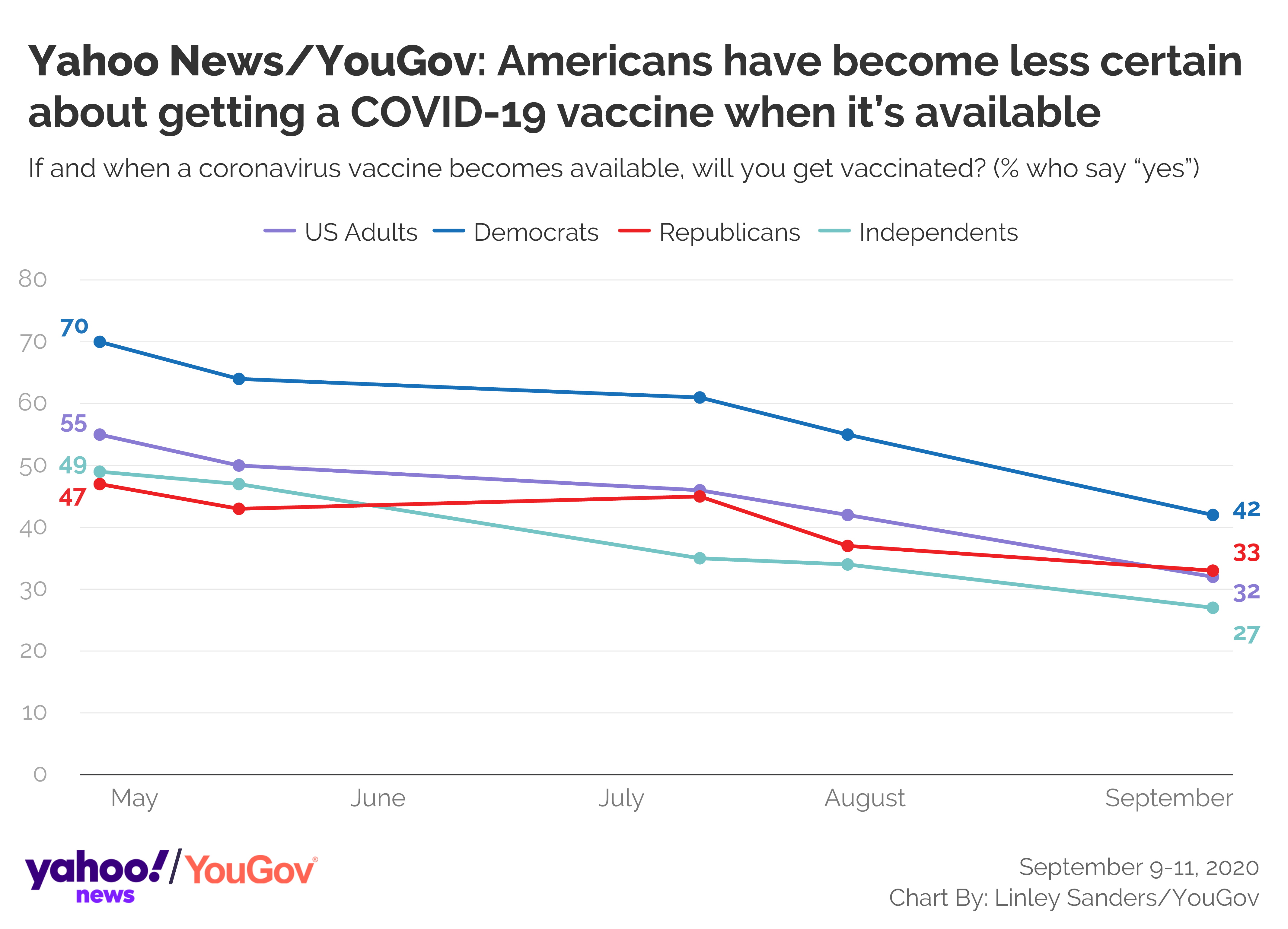 “It seems likely to me that many activities will require a vaccine, including many schools and some employers,” data journalist Nate Silver recently predicted. “If people see a vaccine as a ticket back to normal life, not just for society but also in a more literal way for themselves personally, that could encourage more vaccination.”

And so what happens next is critical. Trust is low and anxiety is high — on both sides of the political divide. A plurality of Trump supporters (45 percent) don’t “trust the CDC and public health authorities to judge the risks of vaccines.” Nearly all Biden supporters (91 percent) believe Trump’s motivations are political, not medical. And despite Trump’s Election Day push, his own supporters are no more likely to want to get vaccinated as soon as the vaccine is available (14 percent) than Biden supporters (14 percent).

Meanwhile, a record number of Americans (75 percent) say they’re either very or somewhat concerned about the safety of COVID-19 vaccines “fast-tracked through the approval process.” Ninety percent say it is either very or somewhat likely that other vaccines may cause side effects like the one that recently halted the global trials of AstraZeneca’s candidate vaccine (which have since resumed, without much transparency). And the share of the public (35 percent) that thinks drugmakers will live up to their promise to resist political pressure and refuse to release an unsafe or ineffective vaccine is outweighed by the combined share that says they’re not sure (39 percent) or predicts these corporations will cave (26 percent).

In other words, America’s reluctance to get vaccinated against COVID-19 is becoming more bipartisan, not less. If any vaccine is going to work, politicians and public health officials will have to overcome this growing skepticism in the months ahead.

The Yahoo News survey was conducted by YouGov using a nationally representative sample of 1,577 U.S. adult residents interviewed online Sept. 9 to 11, 2020. This sample was weighted according to gender, age, race and education based on the American Community Survey, conducted by the U.S. Bureau of the Census, as well as 2016 presidential vote, registration status, geographic region and news interest. Respondents were selected from YouGov’s opt-in panel to be representative of all U.S residents. The margin of error is approximately 3.3 percent.