Archaeologists have welcomed the discovery of a near-intact Roman ceremonial chariot during recent excavations at Pompeii’s excavation site. Excavations in the area have recently resumed following the lengthy shut down the coronavirus pandemic sparked. Italian Minister of Cultural Heritage Dario Franceschini hailed the finding as he forecast Pompeii will continue to return amazing artifacts for years to come.

Speaking to Euronews, Mr Franceschini said: “Pompeii continues to amaze with its discoveries and will continue to do so for many years to come with its 20 hectares to be excavated.

“Above all, it shows it’s possible to enhance the park and attract tourists from all over the world.”

Mount Vesuvius covered Pompeii and nearby Herculaneum in 79 AD in lava and ash but spared the large four-wheeled ceremonial chariot from damage and looting.

The chariot was found buried 6 metres below ground in front of what is believed to have been a stable as the remains of three horses were also found. 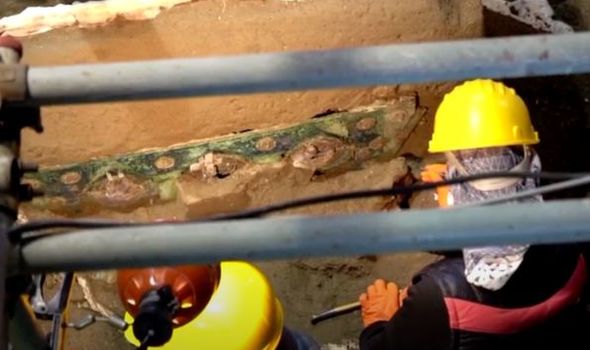 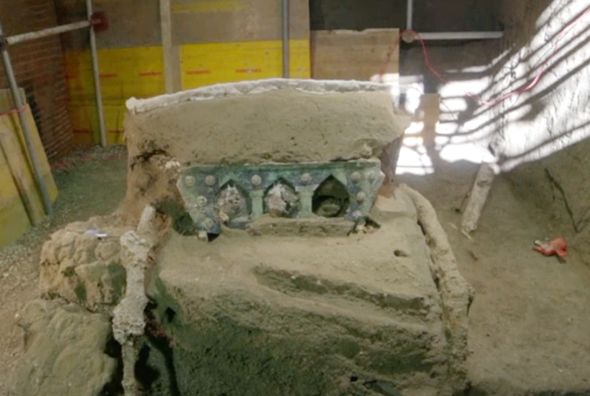 The director of Pompeii’s Archeological Park Massimo Osanna insisted the finding was of the “utmost importance” for archaeologists seeking to expand their knowledge of ancient customs.

Mr Osanna said: “This is a unicum for Italy, a discovery of the utmost importance for the advancement of knowledge about the ancient world.”

Mr Osanna suggested the chariot could be an example of a so-called pilentum, a ceremonial chariot traditionally used by top aristocrats attending special ceremonies.

He continued: “We’ve never seen such an example in Italy. We can only compare it with a series of chariots found around 15 years ago in a grave in Thrace, in the northern part of Greece bordering Bulgaria.”

Teotihucan archeology discoveries to go on display in 2015 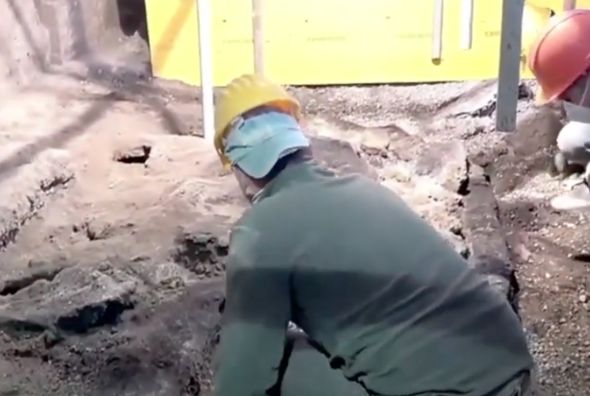 The discovery sparked renewed interest in the excavation site at a villa in Civita Giuliana, around 700m away from Ancient Pompeii’s walls.

Mr Osanna added: “A very large villa and particularly valuable for historical investigations, because unlike many others that had been emptied by the renovations following the earthquake of 62 AD, in the days of the eruption it was still inhabited.”

The remains of two men, believed to be a master and his servant, were found inside of the villa earlier last year.

The Park’s director also revealed the archaeological finding came close to disappearing because of tomb raiders very active in the area. 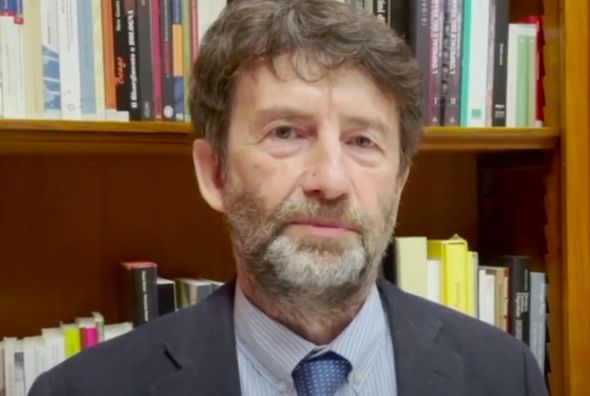 He added: ” Skilled people who by a whisker did not manage to take away even the sumptuous chariot we have just brought to light.

“One of their tunnels almost touched the point where we found it.”

Archaeologists, architects, engineers, restorers, volcanologists and specialized workers intervened to free the four-wheeled cart from the concretions of ash.

As the excavation progressed, paleobotanists and anthropologists were also brought in to help out to free the chariot without causing any damage.

A composite team of many professionals committed to saving every little detail of what was immediately identified as an “exceptional find”, a type of cart widely cited in ancient sources yet never before emerged from an archaeological excavation.