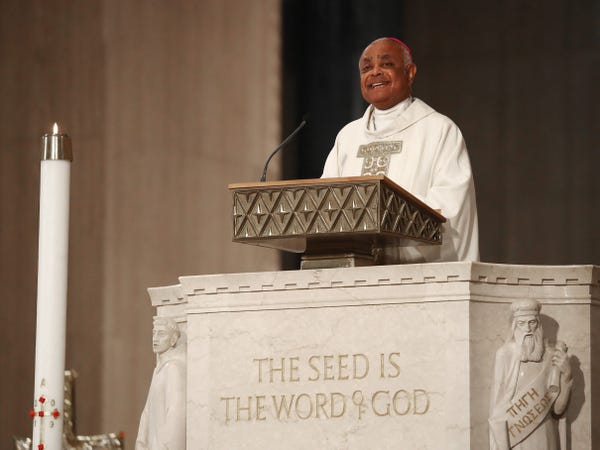 On Sunday, Pope Francis announced he would make D.C. archbishop Wilton Gregory cardinal next month, becoming the first Black American to do so.

The Pope named 13 new cardinals in a surprise announcement, including Gregory, according to the Associated Press. All of these churchmen will earn a red hat on November 28, the AP reported.

Gregory, 73, was born in Chicago and had been ordained as a priest in the city in 1973, according to the Chicago Sun-Times.

This summer, in the wake of the killing of George Floyd, Gregory joined eight bishops in writing a letter acknowledging the Church's "sins and failings" as it pertains to racial justice.

"With regret and humility, we must recognize that as Catholic leaders and as an institution we have, at times, not followed the Gospel to which we profess and have been too slow in correcting our shortcomings," the letter said.

The letter said "prayer and dialogue, alone, are not enough," and affirmed the Bishops' support of policies including access to health care, prison reforms, housing anti-discrimination reforms, and juvenile justice reforms.