Pope delivers blessing to empty St Peter’s Square as coronavirus kills 1,809 in Italy and over-80s ‘may be left to die’ – The Sun

THE Pope made a blessing over an empty St. Peter's Square in Rome yesterday as coronavirus deaths surged to 1,809 in Italy.

Pope Francis defied the lockdown in the country to deliver his noon remarks from inside the Apostolic Library at the Vatican. 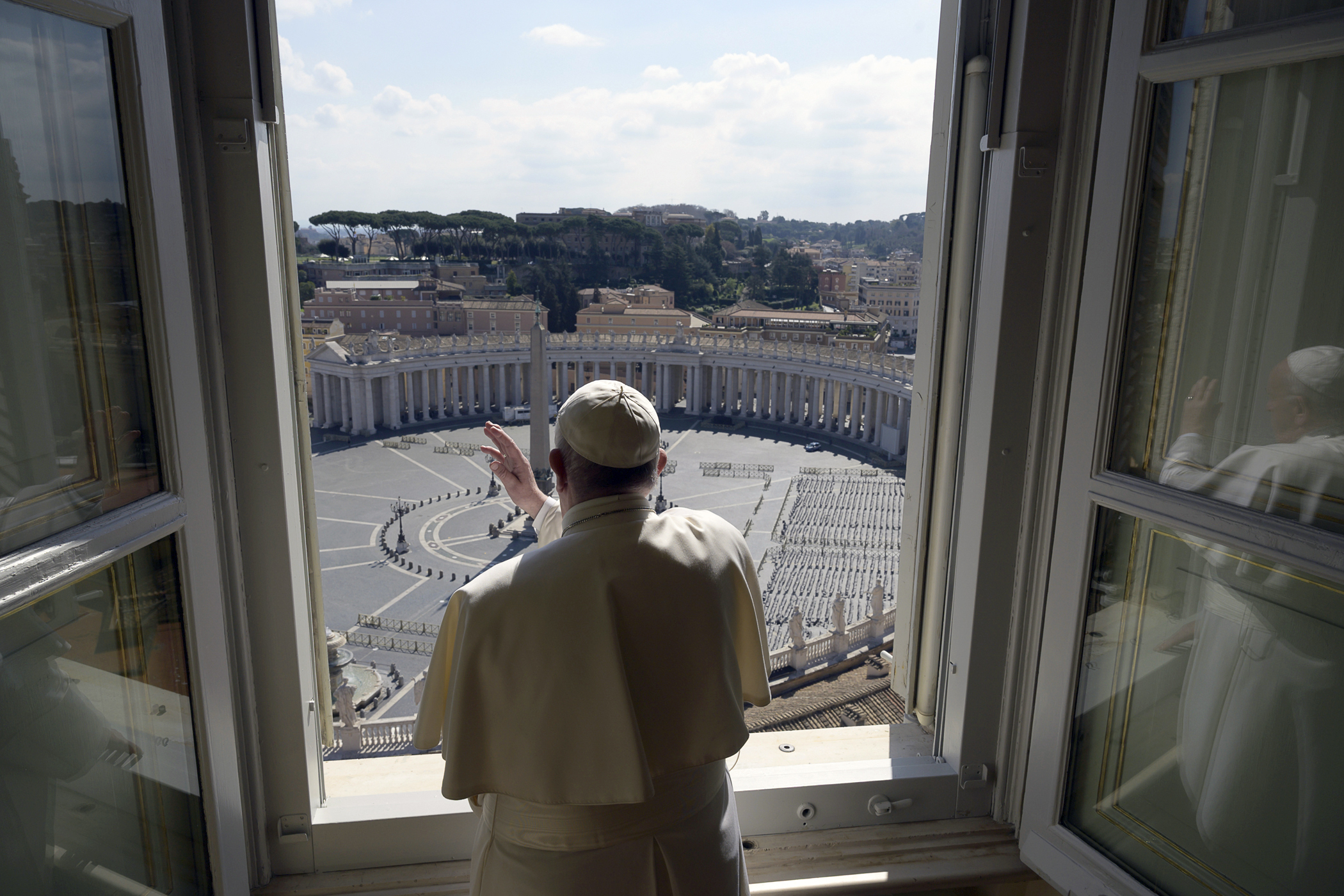 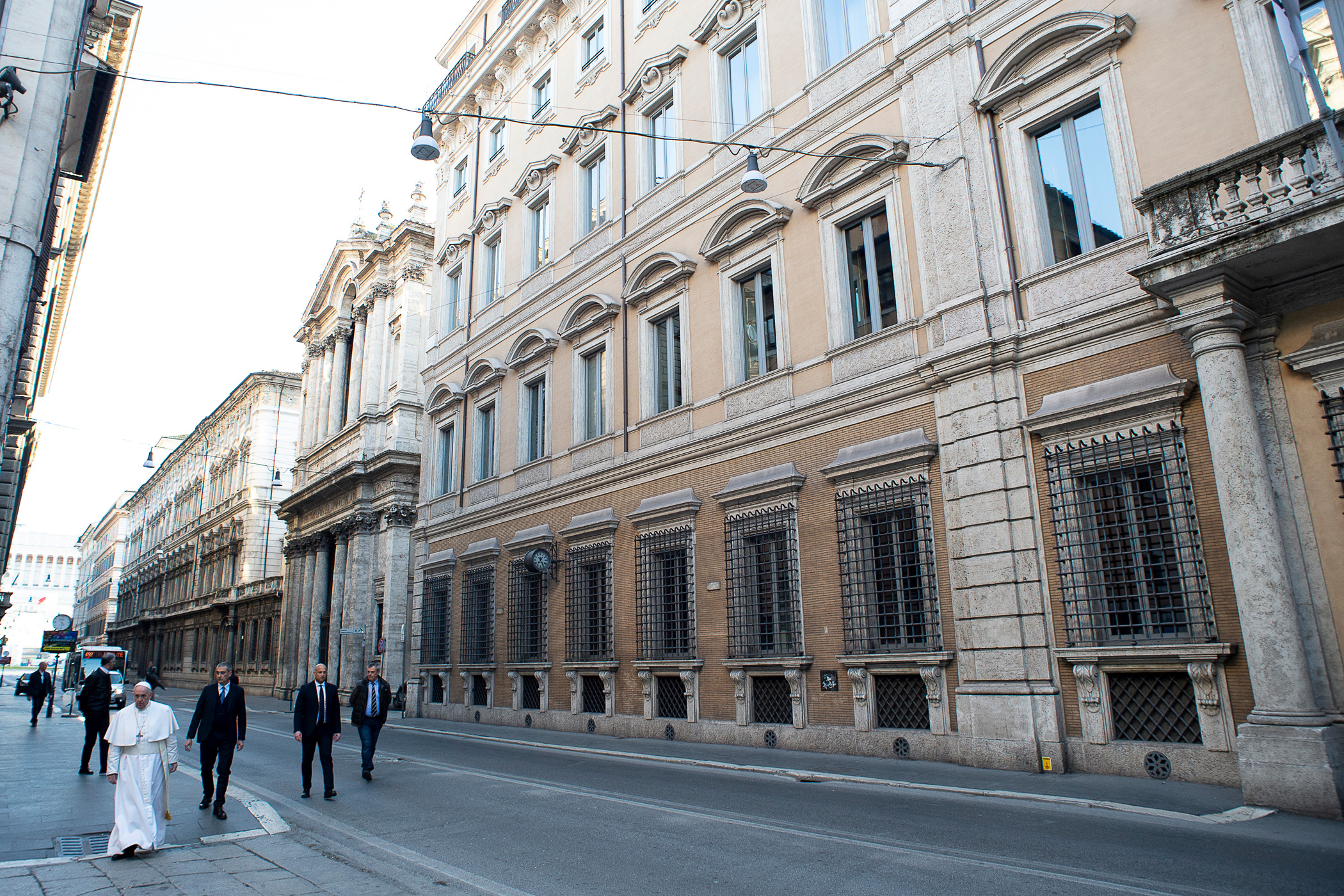 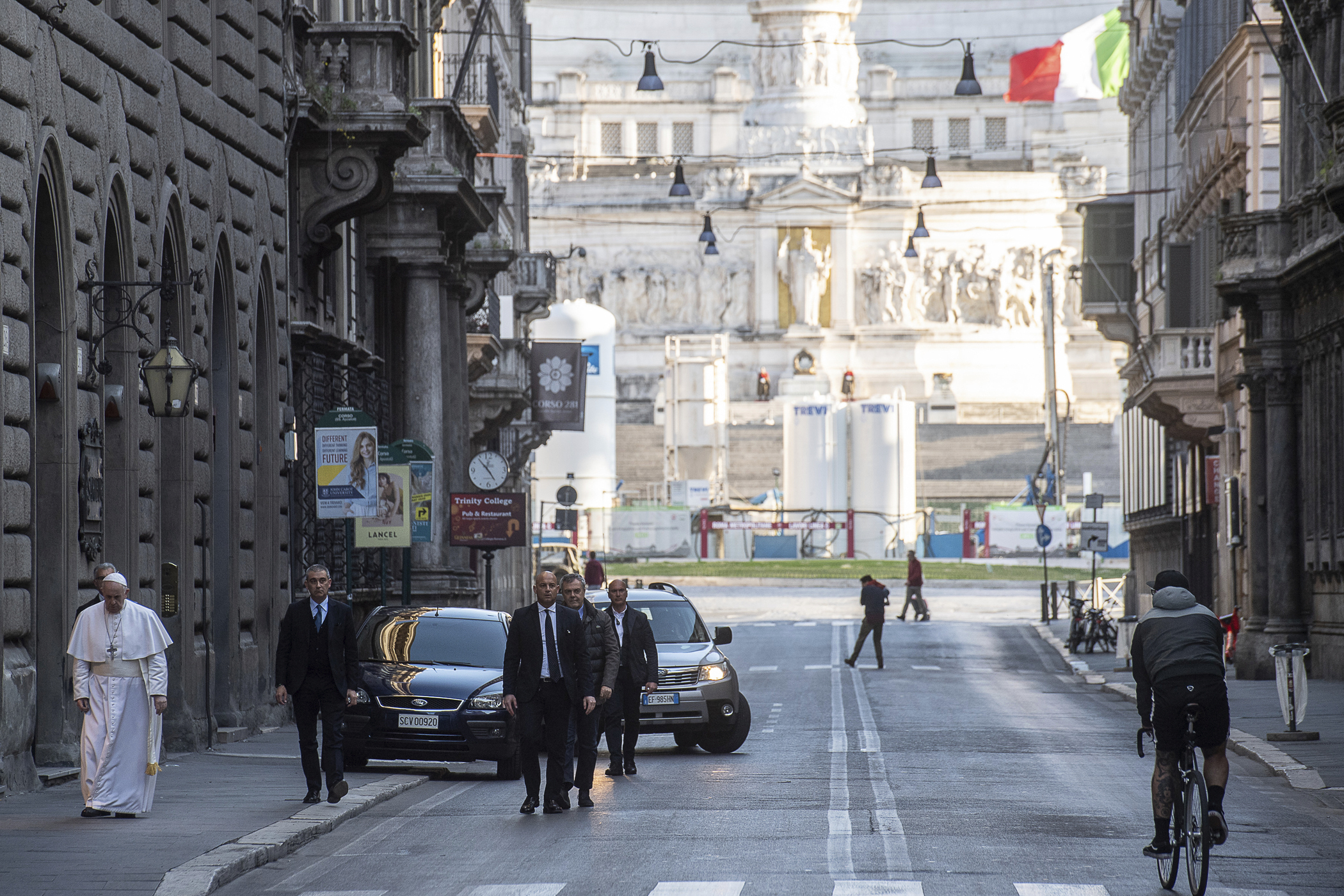 The Catholic leader, who has a cold, praised those who risked being infected to help the poor and vulnerable in his noon address.

Later in the day, he left the Vatican to visit the Basilica of Santa Maria Maggiore and St Marcello al Corso churches in the capital.

He wanted to seem "as if on a pilgrimage", according to Vatican spokesman Matteo Bruni.

It came after the announcement that all of the Vatican's Holy Week ceremonies would happen behind closed doors to stop the spread of the virus.

Currently in a 15-day lockdown, Italy is the worst affected in Europe with 24,747 people infected up from 21,157 on Saturday.

And just yesterday it was revealed that over 80s could be denied intensive care treatment, effectively leaving them to die.

The shocking plan for the elderly was made in a document drawn up by a crisis management team in Turin.

The country's death toll jumped by 368 in just one day as health authorities struggle to cope with the unprecedented health crisis.

Lombardy is the hardest-hit region although the neighbouring Piedmont is also badly affected with 180 new cases recorded in just one day and deaths totalling 27.

Under the proposed measures some patients would be denied intensive care as a way to relieve pressure on beds, effectively leaving them to die.

The Italian team drew up a protocol to determine which patients would receive treatment in intensive care and who would not, if there were insufficient spaces in hospital.

The document, drawn up by the civil protection department of the Piedmont region and seen by The Telegraph, said: "The criteria for access to intensive therapy in cases of emergency must include age of less than 80 or a score on the Charlson comorbidity Index [which indicates how many other medical conditions the patient has] of less than 5."

It added: "The growth of the current epidemic makes it likely that a point of imbalance between the clinical needs of patients with COVID-19 and the effective availability of intensive resources will be reached.

"Should it become impossible to provide all patients with intensive care services, it will be necessary to apply criteria for access to intensive treatment, which depends on the limited resources available."

It went on: "The criteria set out guidelines if the situation becomes of such an exceptional nature as to make the therapeutic choices on the individual case dependent on the availability of resources, forcing [hospitals] to focus on those cases in which the cost/benefit ratio is more favourable for clinical treatment."

The ability of the patient to recover from resuscitation will also be another factor considered.

The document only needs approval from a technical-scientific committee before it is sent to hospitals and the criteria is expected to apply throughout the entire country, according to government sources.

One doctor said: "[Who lives and who dies] is decided by age and by the [patient's] health conditions. This is how it is in a war."

Luigi Icardi, a health councillor in Piedmont said: "I never wanted to see such a moment. It [the document] will be binding and will establish in the event of saturation of the wards a precedence code for access to intensive care, based on certain parameters such as potential survival." 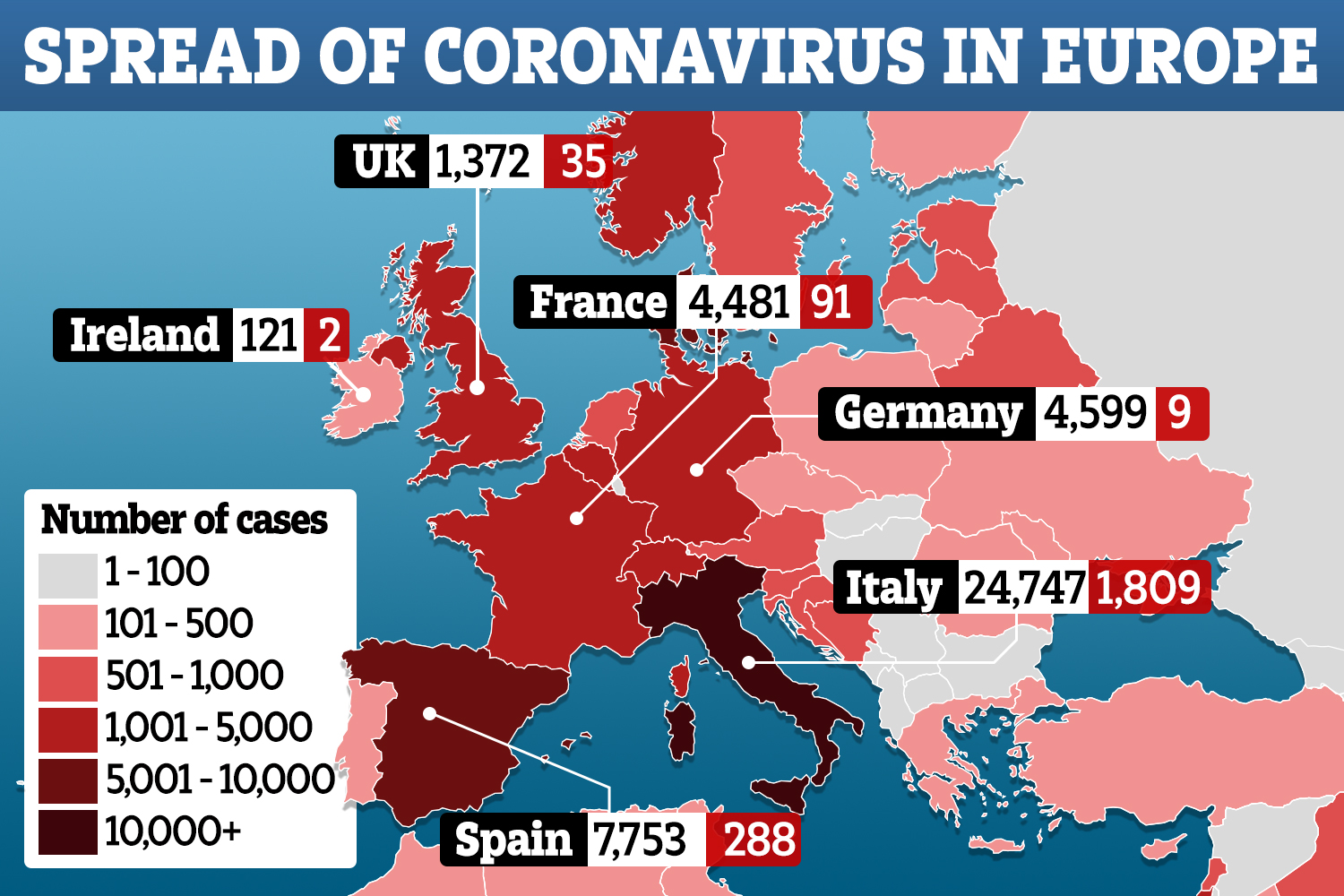 Meanwhile, the virus death toll in Spain doubled to 288 overnight as the number of case almost hit 8,000.

Intensive care units are currently under strain in Italy which is the European country with the highest number of coronavirus cases.

The country is currently on a 15 day lockdown with all bars and restaurants closed.

Roberto Testi, president of the coranavirus technical-scientific committee for Piedmont, told The Telegraph: "Here in Piedmont we aim to delay as long as possible the use of these criteria. At the moment there are still intensive care places available and we are working to create more.

"In medicine we sometimes have to make difficult choices but it's important to have a system about how to make them."

The whole country was placed on lockdown on Monday, with all public events banned, cinemas, gyms and pubs closed, funerals and weddings cancelled and sporting matches suspended.

Current prime minister Giuseppe Conte later said that all businesses in the country would closed except for pharmacies and grocers. 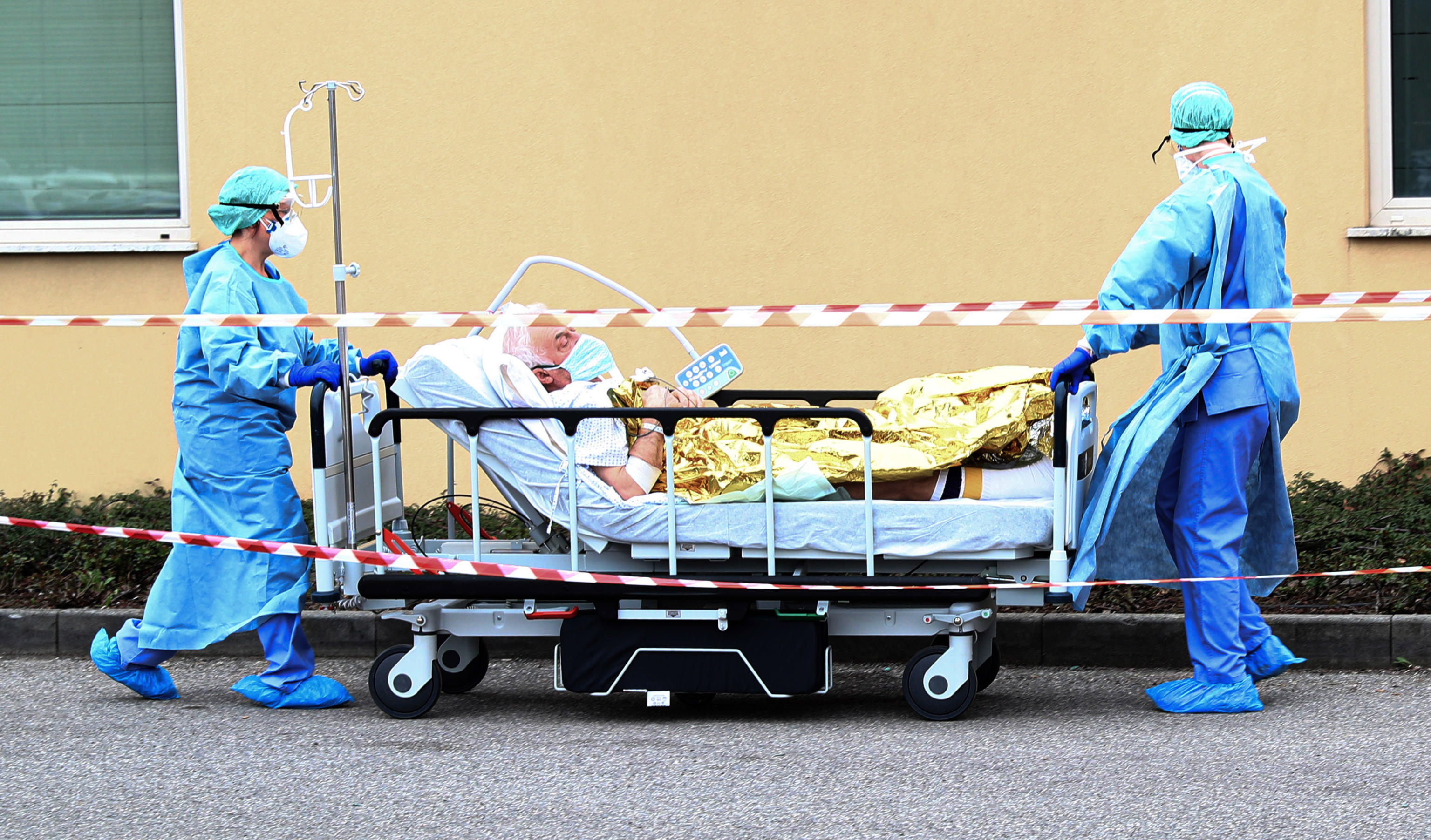