Pope Francis today paid tribute to Prince Philip and praised him for his ‘distinguished record’ of public service and his devotion to his marriage and family.

The leader of the Catholic Church said he was ‘saddened’ to learn of Prince Philip’s death on Friday at the age of 99 and offered his ‘heartfelt condolences’ to Her Majesty and the royal family in a telegram sent by the Vatican’s secretary of state.

The tribute read: ‘Saddened to learn of the death of your husband Prince Philip, Duke of Edinburgh, His Holiness Pope Francis offers heartfelt condolences to Your Majesty and the members of the royal family.

‘Recalling Prince Philip’s devotion to his marriage and family, his distinguished record of public service and his commitment to the education and advancement of future generations, His Holiness commends him to the merciful love of Christ our Redeemer. 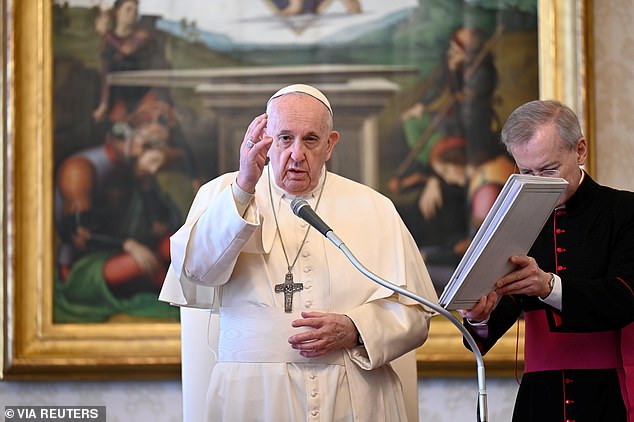 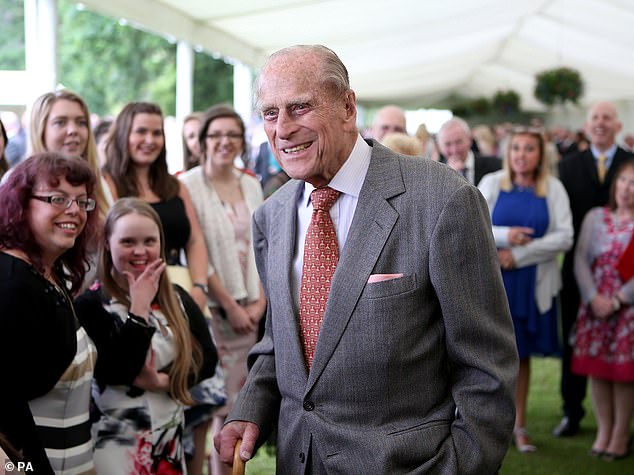 ‘Upon you and upon all who grieve his loss in the sure hope of the resurrection, the Holy Father invokes the Lord’s blessings of consolation and peace.’

The Queen and the Duke of Edinburgh met the pope for the first time during a one-day visit to the Vatican in Rome, Italy, in 2014.

During the private visit, the pope presented the royal couple with a blue orb decorated with a silver cross for their then eight-month-old great-grandson Prince George.

In return, the Queen and the Duke of Edinburgh gave the pontiff a hamper of British food and drink, which included honey produced in the gardens of Buckingham Palace.

The royal couple also had tea with the pope in a suite of rooms in the Pope Paul VI Audience Hall during their visit.

The pope’s condolences come as Royal Navy warships today led a worldwide gun salute in honour of Prince Philip, firing 41 shots over 40 minutes from midday in unison with batteries in London, Edinburgh, Cardiff, Belfast and Gibraltar.

Crowds gathered on Tower Bridge to watch members of the Honourable Artillery Company fire their cannons from the Tower of London as shots also echoed around the capital from the historic barracks seven miles away at Woolwich.

‘Solemn’ 41-shot salutes also started in Belfast, Cardiff and Edinburgh as well as from Naval bases in Portsmouth, Plymouth and the Rock of Gibraltar.

It came as floral tributes laid by members of the public outside palaces were swiftly moved away by staff at Windsor Castle and Buckingham Palace today as the nation faced seven days of socially distanced mourning.

While palace security are urging people not to congregate, waves of mourners are still arriving to pay their respects to Her Majesty’s devoted husband, who dedicated his life to public service and supported her through their 73-year marriage. 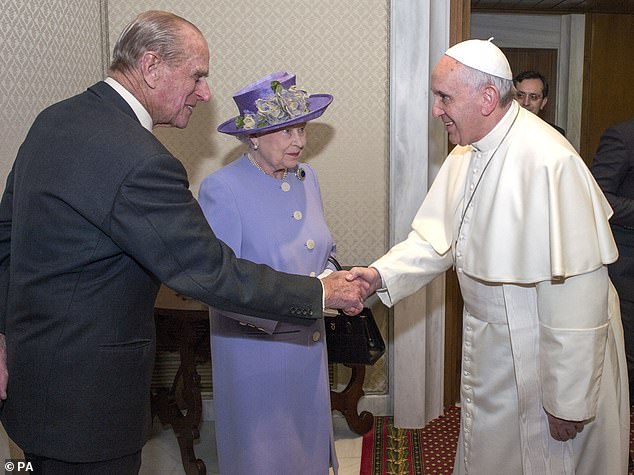 The Queen and the Duke of Edinburgh met Pope Francis during a one-day visit to the Vatican in Rome, Italy, in 2014 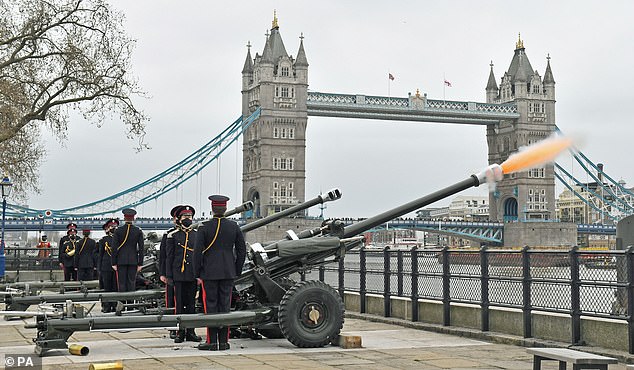 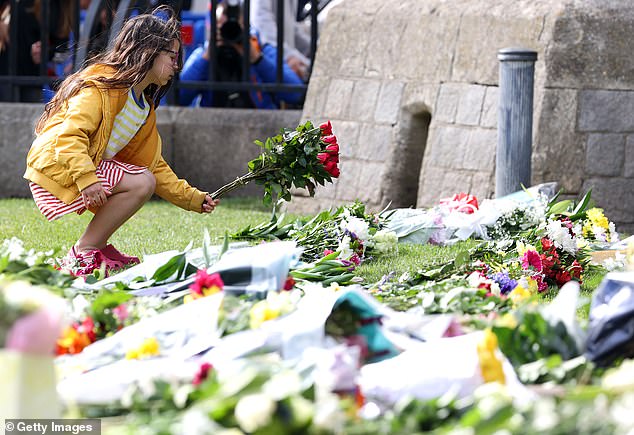 Well-wishers, all respecting social distancing and wearing masks, waited patiently to lay their tributes and briefly stood to pay their respects, with some wiping away tears or quietly singing hymns before returning home.

Prince Philip is expected to be laid to rest in the Royal Vault during his private family funeral at St George’s Chapel next Saturday which will see only 30 relatives able to attend.

The duke spent his final days at Windsor Castle with his wife, who he lovingly called Lilibet, after a 28-night stay in hospital having been admitted in mid-February for an infection and a pre-existing heart condition.

Her Majesty announced her husband’s death at midday yesterday as the Union Flag was lowered to half-mast outside Buckingham Palace, in Downing Street and on public buildings across the UK and Commonwealth.

The Royal Family said in a statement: ‘It is with deep sorrow that Her Majesty The Queen announces the death of her beloved husband, His Royal Highness The Prince Philip, Duke of Edinburgh.

‘His Royal Highness passed away peacefully this morning at Windsor Castle. Further announcements will made in due course. The Royal Family join with people around the world in mourning his loss’. 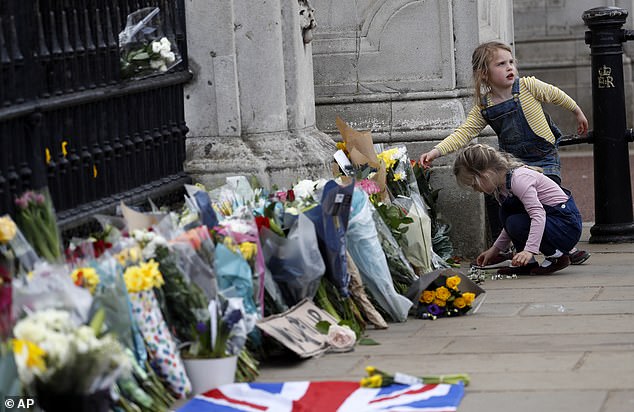 Last night Prince Philip’s children paid homage to their father in pre-recorded interviews with the BBC and described him as a person who ‘treated everybody as an individual and gave them the respect that he felt they were due as individuals.’

Prince Charles said: ‘Well you know he didn’t suffer fools. So if you said anything that was in any way ambiguous – he’d say ”make up your mind!”.

‘Perhaps it’s made one choose your words carefully. He was very good at showing you how to do things, instruct you in various things.

‘His energy was astonishing, in supporting my mama, and doing it for such a long time, and some extraordinary way being able to go on doing it for so long. What he has done has amounted to an astonishing achievement.’

Meanwhile Princess Anne said: ‘He treated everybody as an individual and gave them the respect that he felt they were due as individuals.

‘As you grew older, there was a lot of talking to you about the things he had done, so you became aware of what else was going on and the things he’d been doing. But there was a huge amount of encouragement to do things and quite a lot of leeway of pushing your own boundaries, which is probably not given to many nowadays, I have to say.

‘I think I will best remember him as always being there.And a person you could bounce off ideas, but if you were having problems you could always go to him and know that he would listen and try to help.’