A TEEN has been charged with an arson attack on a Portland Federal Courthouse during on-going protests in the city.

Cops identified Gabriel Agard-Berryhill, 18, after his grandma boasted she’d bought a distinctive green protective vest for him in a product review on Twitter. 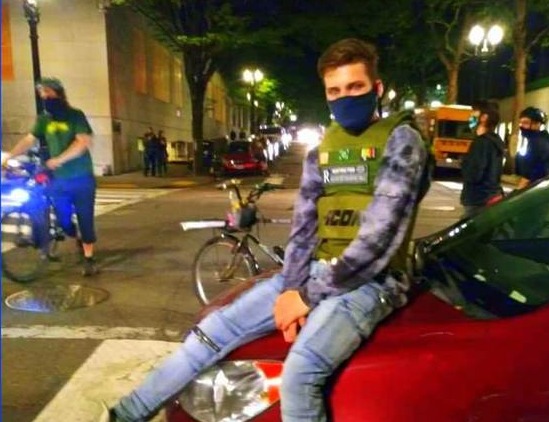 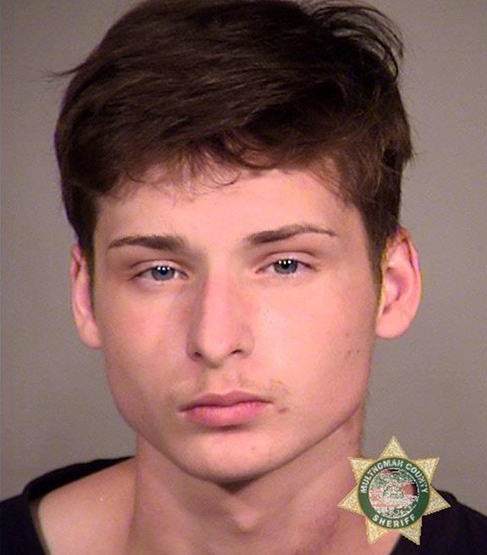 Agard-Berryhill appeared in a federal court on Friday and accused of lighting and throwing a large firework over the fence at the front of the Mark O. Hatfield U.S. Courthouse.

Portland has been the site of violent clashes between protesters and cops for several weeks with the courthouse a flash point.

In early July, the Trump administration sent federal agents to the Oregon city as apart of Operation Legend, in order to help local law enforcement keep order between police and “violent” crimes plaguing the city.

Federal authorities said the firework thrown by Agard-Berryhill struck protective wood covering the entrance and set it on fire in Tuesday’s attack.

He was identified through a YouTube video that captured the clothing he was wearing and a post on social media, the Oregonian reports.

Investigators also spotted his grandma said she bought the tactical vest he was seen wearing in photos from a recent night at the downtown protests, according to the affidavit.

The product review on the online retailer’s website also had a photo of Agard-Berryhill wearing the vest. 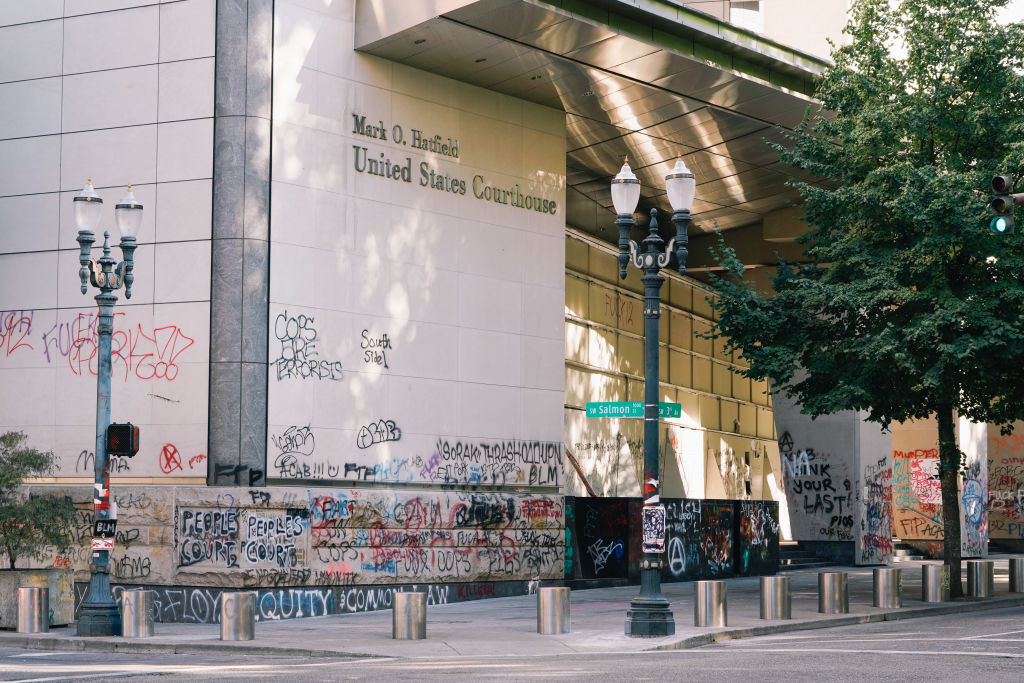 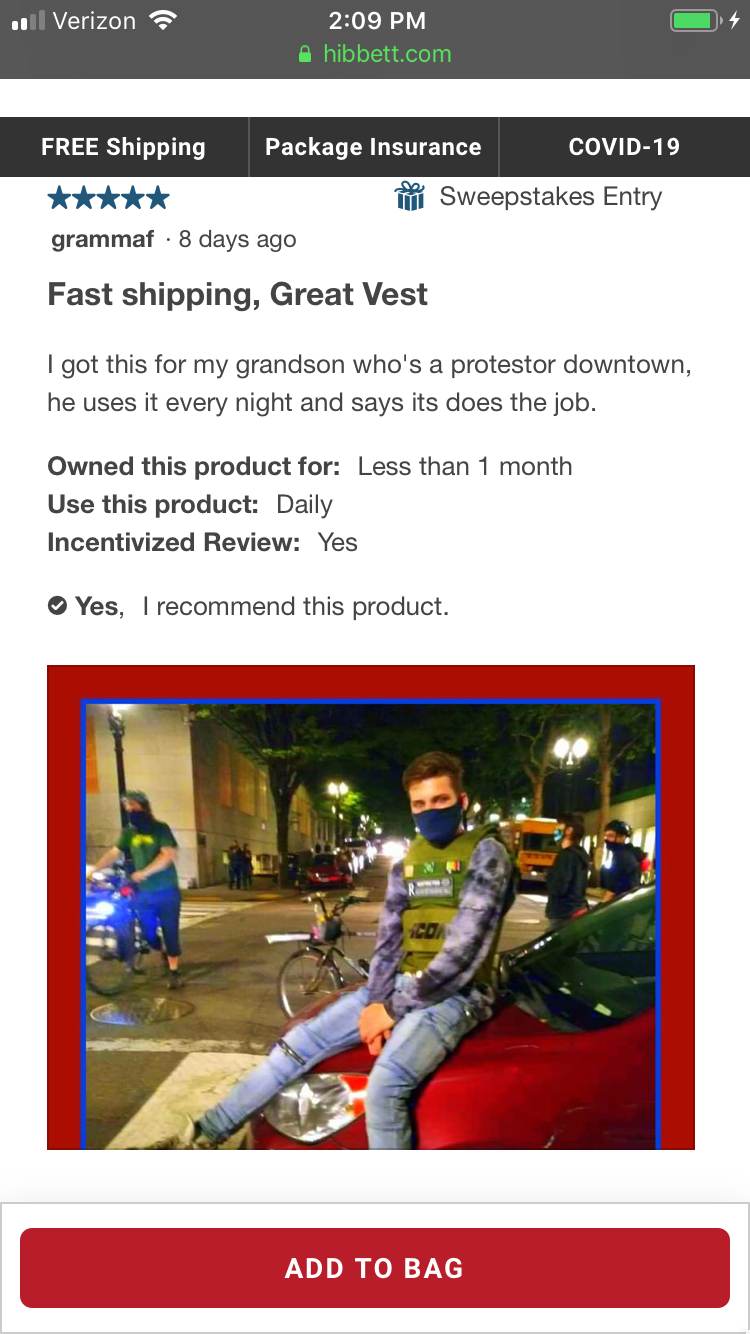 “I got this for my grandson who’s a protestor downtown, he uses it every night and says it does the job,” said the woman using the ID “grammaf”.

The explosion started a fire inside the courthouse and federal officers collected samples of the fragments to be sent to the Bureau of Alcohol, Tobacco, Firearms, and Explosives (ATF) for analysis.

Gabriel Agard-Berryhill turned himself in to authorities on Thursday and they said surveillance footage also shows throwing an “incendiary object” into the entrance of the downtown courthouse.

Agard-Berryhill told federal officers an unknown man in a ski mask handed him what he thought was a spinner-type firework that would rotate with varied colors when lit.

He admitted lighting the device, described as the size of a piece of chalk and throwing it over the fence, ATF agent Amanda Johnson wrote in an affidavit.

Agard-Berryhill said he was shocked to hear the “concussive” sound that it produced and it scared him and told federal officers he didn’t intend to hurt anyone, Johnson wrote.

U.S. Attorney Billy J. Williams said Friday praised the work of the ATF and US Marshals Service in identifying the suspect “before he had an opportunity to hurt others”.

“No legitimate protest message is advanced by throwing a large explosive device against a government building,” he said.

“Mr. Agard-Berryhill’s actions could have gravely injured law enforcement officers positioned near the courthouse, other protesters standing nearby, or himself.” 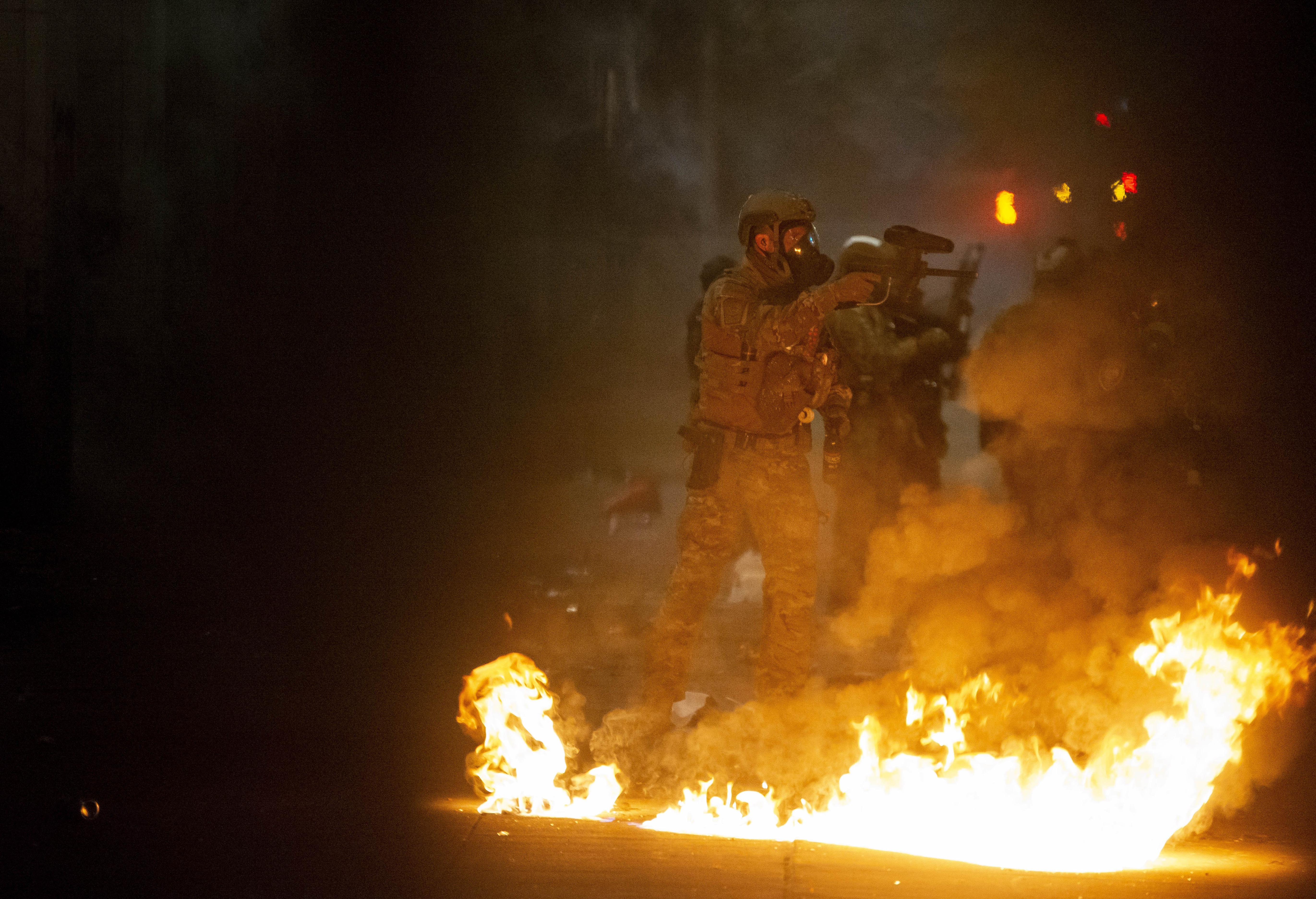 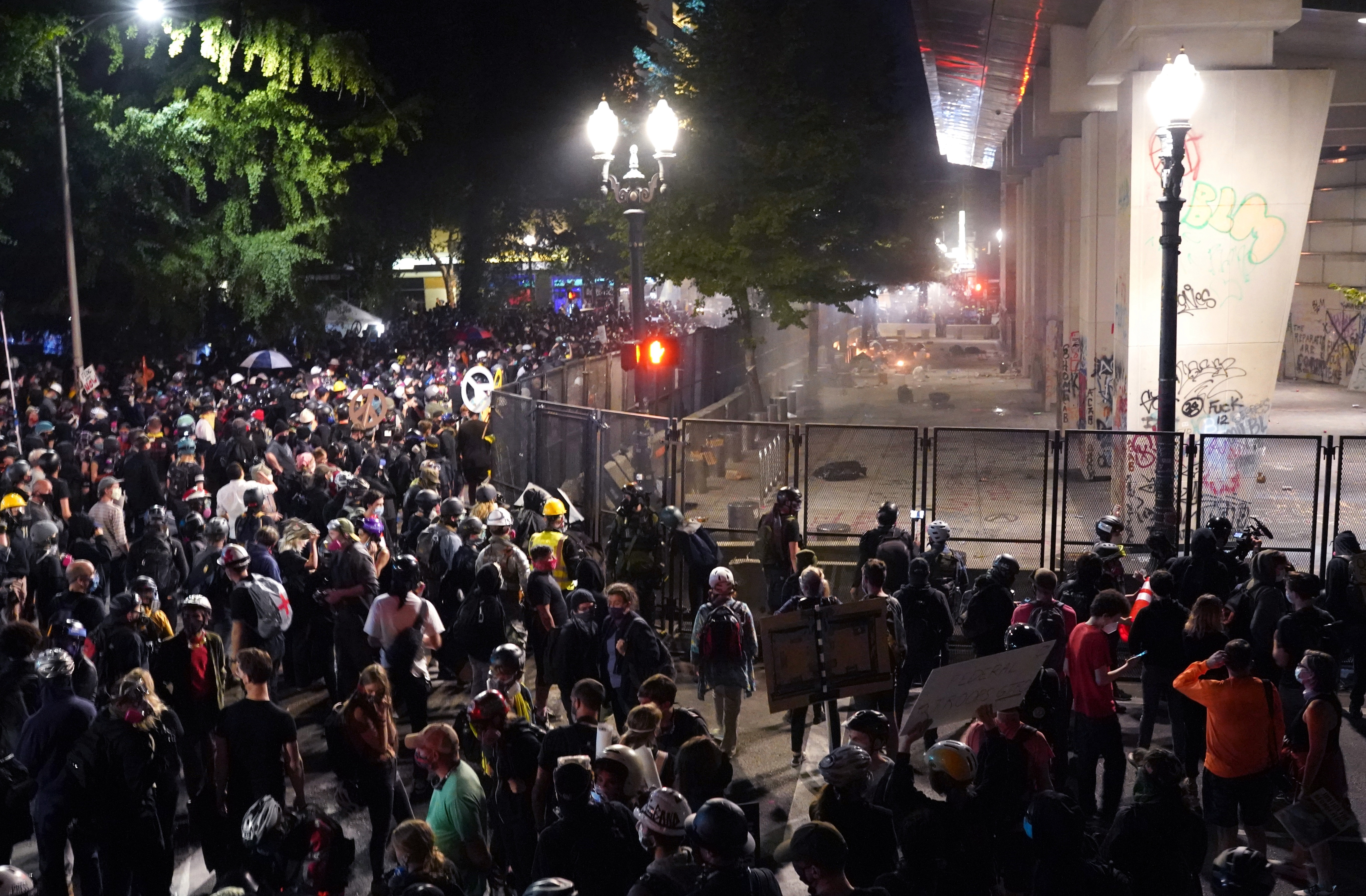