Something fungi’s going on here: Good Samaritan tries to rescue ‘injured baby owl’… before she realises it’s actually a MUSHROOM

When Rachael Lee saw what appeared to be an injured baby owl in her mother’s garden, she felt compelled to investigate further.

The bird seemed to be stuck still and had one of its eyes closed, so postal worker Miss Lee decided to rescue it. 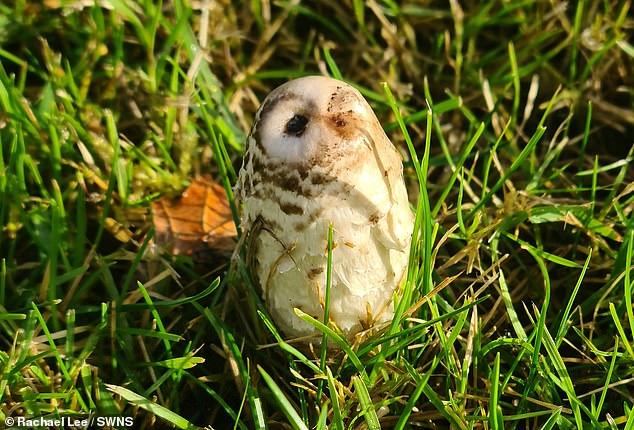 Rachel Lee thought she had discovered an injured baby owl in her mother’s garden, but it turned out to be a mushroom

However, as she approached the injured animal, with it’s heart-shaped face and big, brown eye, she discovered she had, in fact, been cooing at a mushroom, pictured.

The 27-year-old, who spotted the fungi in Harrogate, North Yorkshire, said: ‘When I first saw it, I honestly thought it was a little owl that had been hurt.

‘When I realised it was a mushroom, I couldn’t help but take a picture.’