Powerful 6.0-magnitude earthquake strikes off the coast of Australia

Powerful 6.0-magnitude earthquake strikes off the coast of Australia

A powerful 6.0-magnitude earthquake has struck off the northern coast of Australia sending shockwaves felt across the Northern Territory.

The quake hit around 4.30pm local time on Wednesday in the Tanimbar region in Indonesia, about 550km from Darwin.

The Bureau of Meteorology said there was no Tsunami threat to Australia from the earthquake. 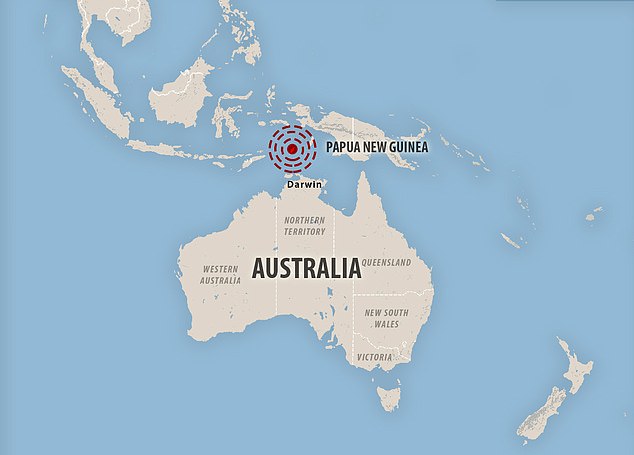 Residents took to social media to report tremors felt across Darwin, moments after the quake

The European Mediterranean Seismological Center (EMSC) said it was as at a depth of 49km.

Australians took to social media with reports of tremors felt in the Top End moments after the earthquake struck.

‘Am I really tired or was there an earthquake here in Darwin?’ one woman tweeted.

‘Anyone just feel that shaking???’ another said.

Darwin resident Prem Rangwani told the NT News he was at home eating when he felt his house start to shake.

‘I was eating fruit when I felt it and saw water was shaking in my jug, then the flat screen TV started shaking and sliding door started making wiggling sounds,’ he said. 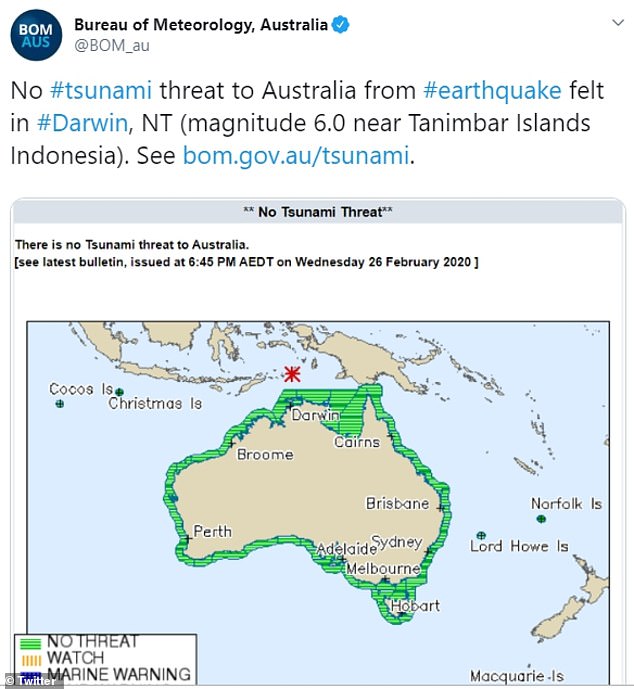