Have a shot! Ministers ‘to use Premier League footballers to encourage under-30s to get Covid vaccines’ amid fears many don’t see virus as a threat

Premier League footballers will be used in a PR blitz to encourage young Britons to get vaccinated against Covid, it was claimed today.

Culture Secretary Oliver Dowden has reportedly written to top clubs to ask for their help in the mammoth roll-out.

There are fears that uptake will be lower in younger adults, who are least likely to fall seriously ill or die from Covid. But their participation in the programme is essential because they are among the most likely to carry and spread the disease.

A Whitehall source told The Sun newspaper that the Premier League was ‘involved’ in the scheme to boost uptake in under-30s.

The insider added that footballers would be used because they are ‘people younger groups look up to’. 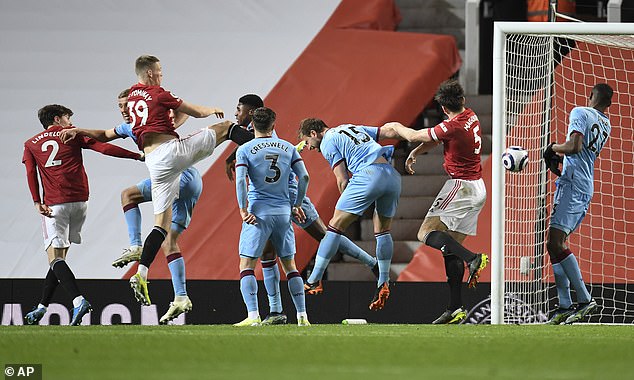 The NHS ‘blueprint’ for fighting the dual epidemics of Covid and disinformation includes the following:

The Sport Select Committee chairman told the newspaper: ‘This campaign should… enlist the help of major sporting figures from the likes of the Premier League in order to put out the message that vaccination is safe, and the right thing to do for yourself and others.’

Healthy under-30s aren’t due to be invited for their Covid vaccine for at least another month, with the roll-out currently focused on over-55s.

The Government has launched a campaign calling on everyone to get their Covid vaccines, with uptake levels already far higher than expected.

It is being backed by Facebook and Instagram, which allow celebrities and regular users to update their profile images with graphics telling friends and followers they’ve had their vaccine.

The social media giants have made the graphics available in 13 different languages in a bid to target black, Asian and ethnic minority (BAME) Britons who have been less inclined to get a jab. 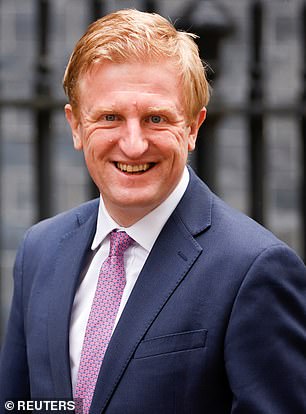 An Office for National Statistics survey published last week showed more than nine in ten unvaccinated Brits would get the jab. Ministers had initially predicted 75 per cent would turn up for appointments.

NHS figures show that more than 90 per cent of over-60s have already had at least one of their injections.

But there are still concerns about uptake among BAME, young and poor Britons.

The ONS survey found, among black adults, 44 per cent reported vaccine hesitancy, more than twice the proportion of any other ethnic group.

The 16 to 29 age group was the most likely to turn down the jab (17 per cent), while the figure was 16 per cent among adults in the most deprived areas of England.

It comes after it was claimed every adult in Britain could receive their first Covid jab by early June— two months ahead of the EU.

In yet another boost to the UK’s rapidly moving vaccine roll-out, the Government is understood to have had a ‘bumper supply’ of jabs.

The Telegraph said it meant the NHS could offer vaccines to the over 40s as early as Easter.

And, if the roll-out continues at a faster rate, all adults in the UK could get their first jab by June 10, according to the Times.

However, health sources said the targets were not ‘doable’. Number 10 has pledged to offer a jab to all 32million Britons in the top nine priority groups by April 15.