Prince Andrew hinted that the Queen would discourage Scots from voting to split the United Kingdom, it has been claimed.

Former Financial Times editor Lionel Barber sparked fury with claims that the Duke of York told him one week before the 2014 Scottish referendum that the Queen was set to intervene in the discussion.

Mr Barber says he met with Andrew and former Chinese vice-premier Ma Kai at Buckingham Palace on September 11, following a shock poll that put the ‘yes’ campaign ahead of those planning to vote ‘no’ to independence, The Sunday Times reports.

Barber writes in his diaries that Andrew gave him a ‘nod and a wink’ and made some ‘pretty bloody amazing’ remarks about how the Queen was planning on entering the discussion.

He says that on the day of the lunch the mood at the palace ‘was one of concern that the referendum was on a knife edge’.

Three days after the lunch, the Queen said that she hoped the people of Scotland would ‘think very carefully about the future’ while speaking to a member of the public outside Crathie Kirk, near Balmoral.

Reacting to the claims, SNP MP Tommy Sheppard told The Scottish Sun: ‘This is shocking and extremely concerning. If true, it means that political pressure was applied to the Queen to press her into areas where the monarch should not go.’ 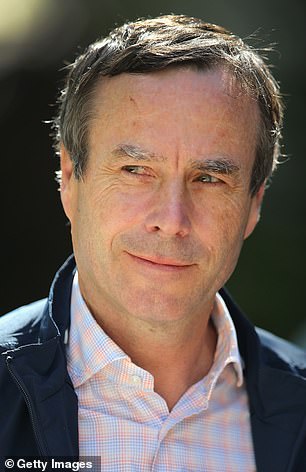 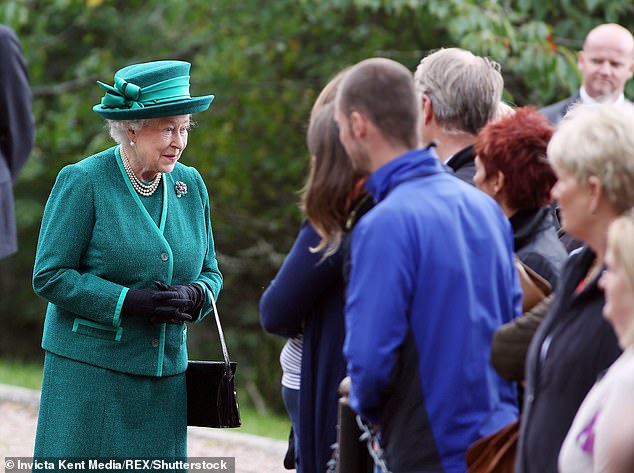 Queen Elizabeth pictured at Crathie Church, Balmoral, on September 14, 2014. The Queen said that she hoped the people of Scotland would ‘think very carefully about the future’

In Barber’s diaries, published this month, the former FT editor writes: ‘There is this scene where I am at Buckingham Palace, invited by the roguish Duke of York to lunch with the Chinese foreign minister, and Andrew suddenly half lets loose that the Queen is going to intervene on the Sunday.

‘That was interesting. They had clearly planned it. It was very artfully done … Andrew knew about it.’

David Cameron had said that the Sunday Times poll that put the ‘yes’ vote ahead had compounded a ‘mounting sense of panic’, and he then sought help from royal officials on how the Queen could stay neutral but still comment.

The then Prime Minister suggested that the Queen raising an eyebrow ‘even a quarter of an inch’ could help stop the independence bid.

Buckingham Palace had said at the time that any suggestion that the Queen was seeking to influence the referendum’s outcome was ‘categorically wrong’.

A Buckingham Palace spokesperson today told MailOnline: ‘We never comment on people’s recollections of what were private conversations.’

David Cameron wrote in his memoirs that he was ‘delighted’ when the Queen made the dramatic and controversial intervention. 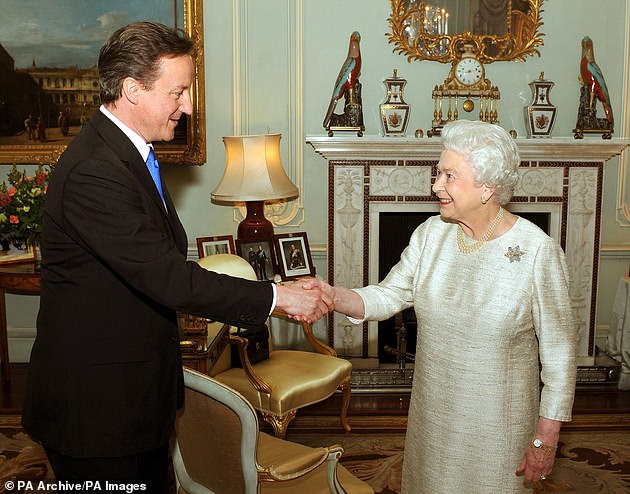 Mr Cameron (pictured with the Queen in 2010) said he was delighted when she spoke out about the Scottish independence referendum, which he was in danger of losing

A week after the vote the Queen issued an ‘unprecedented’ plea to the nation to ‘come together’ and strive for a truly united kingdom.

Today’s revelations come as the issue of Scottish independence flares up again as Boris Johnson warned that Nicola Sturgeon’s drive to split the UK ‘has got to stop’, just days after he called Scottish devolution a ‘disaster’.

In a speech during the Scottish Tory virtual conference, the PM said ‘frankly’ now is not the time for ‘division or distraction about our national constitution’.

He also blasted what he called the SNP’s ‘abysmal record’ over 13 years of government, pointing to Scotland’s ‘plummeting education standards, low business confidence and the lowest satisfaction in public services ever’.

Mr Johnson is desperately engaged in damage limitation after he branded devolution a ‘disaster’ in a private Zoom meeting with MPs.