PRINCE Charles today paid tribute to those killed in war after travelling to Berlin for his first official overseas trip since the coronavirus outbreak.

The future king and the Duchess of Cornwall travelled to Germany for the National Day of Mourning. 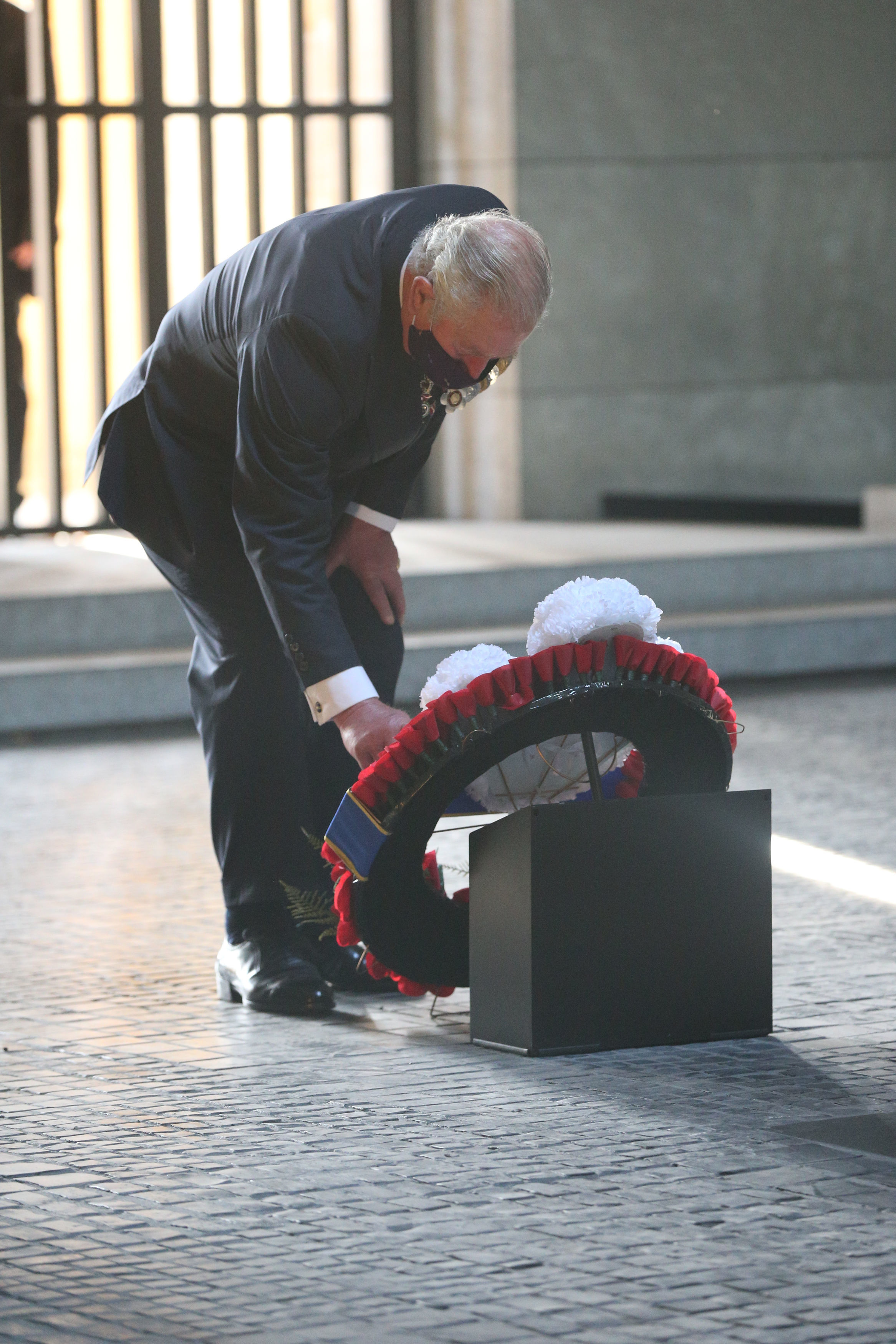 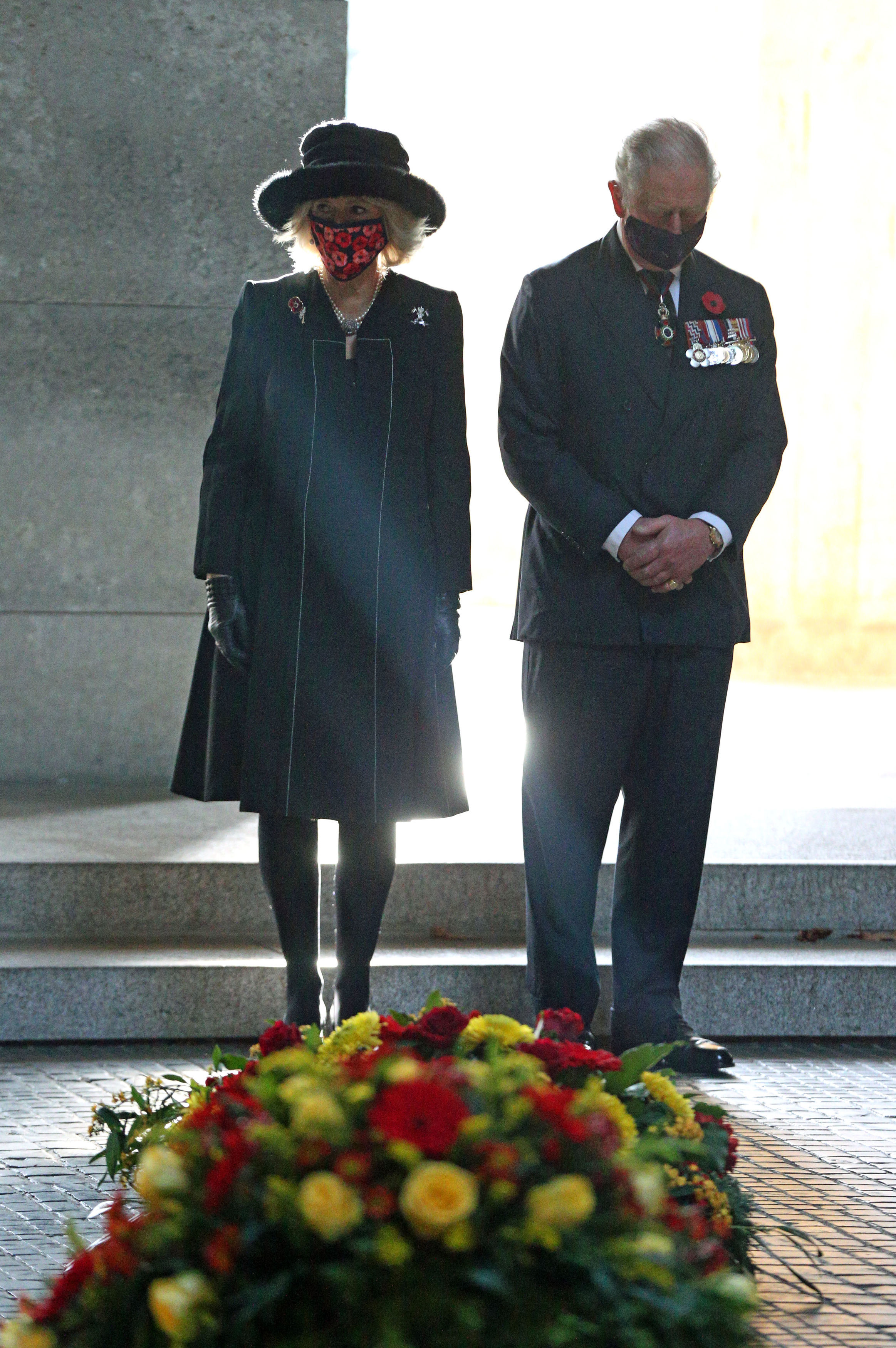 A wreath had been laid on behalf of the prince at the centre of the stone memorial in front of a lone sculpture titled Mother With Her Dead Son by German artist Kathe Kollwitz, designed in memory of her own son who died in the First World War.

The royal couple stepped forward together and touch their wreaths in the German tradition of symbolically tidying the ribbons, before a moment of silence.

The message on the prince's poppy wreath read: "In everlasting remembrance of all victims of conflict and tyranny. Charles."

A solo trumpeter then played The Good Comrade for the touching memorial at Neue Wache – New Guardhouse – home to the Central Memorial of the Federal Republic of Germany to the Victims of War and Tyranny.

This afternoon, Prince Charles will give a speech at the German lower house of parliament Bundestag.

The royal pair had earlier been officially welcomed to Germany by the country's president ahead of events commemorating the National Day of Mourning.

Charles, 72, and Camilla, 73, were greeted by President Frank-Walter Steinmeier and his wife Elke Budenbender on the steps of the Bellevue Palace in Berlin.

The foursome exchanged namaste welcomes – clasping their hands together and bowing their heads – before posing for a socially distanced photograph.

Mr Steinmeier ushered his guests inside the 18th-century palace which is his official residence and invited them to sign the guests' book.

When inside the building Charles took his mask off and quipped: "At least you can see us smiling now."

The prince and his wife arrived on Saturday evening on Charles' 72nd birthday, after becoming the first VIPs to travel in the ministerial jet RAF Voyager following its repainting costing almost £1 million.

Charles celebrated his 72nd birthday yesterday – marking the occasion with a cake on the plane. 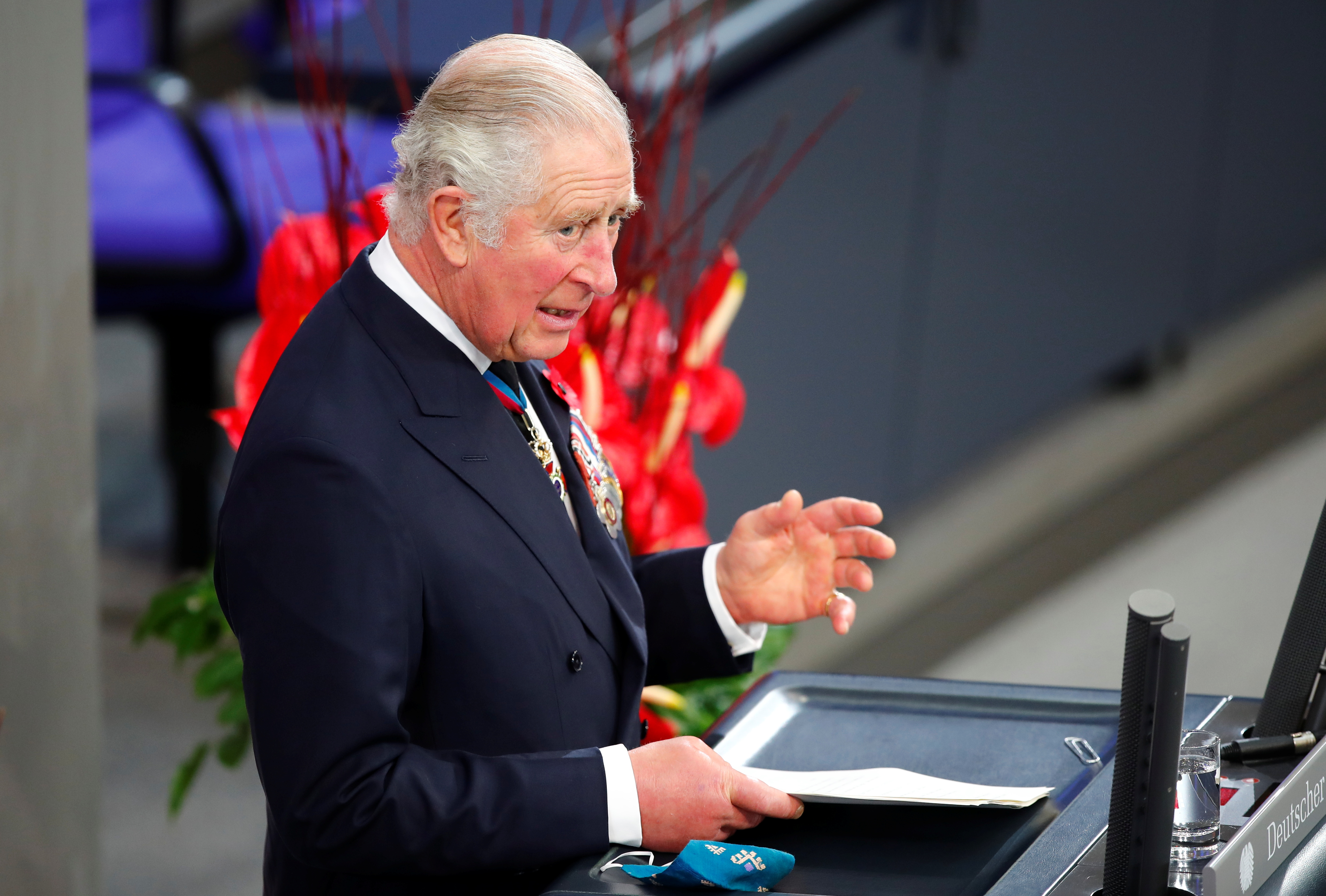 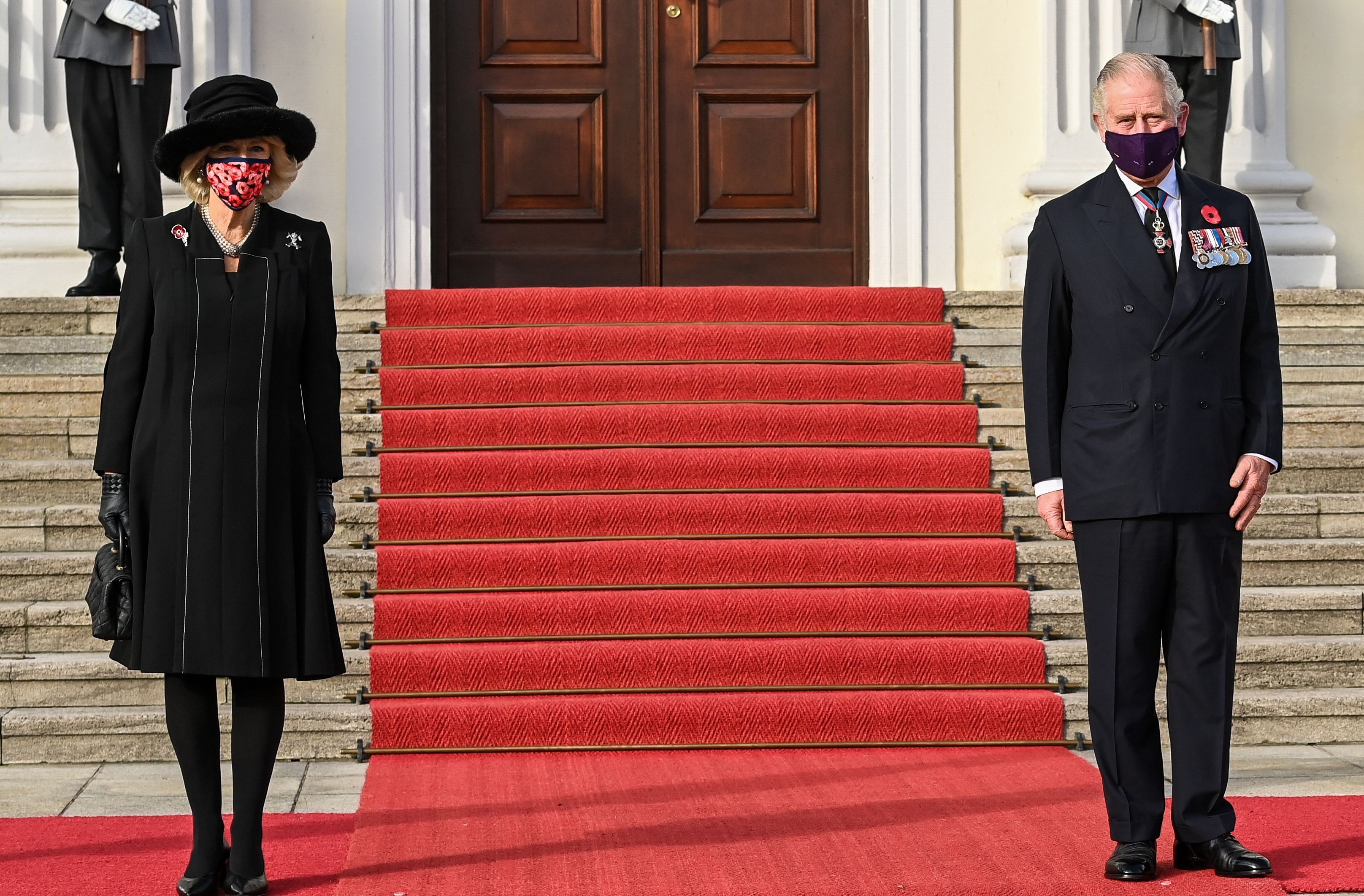 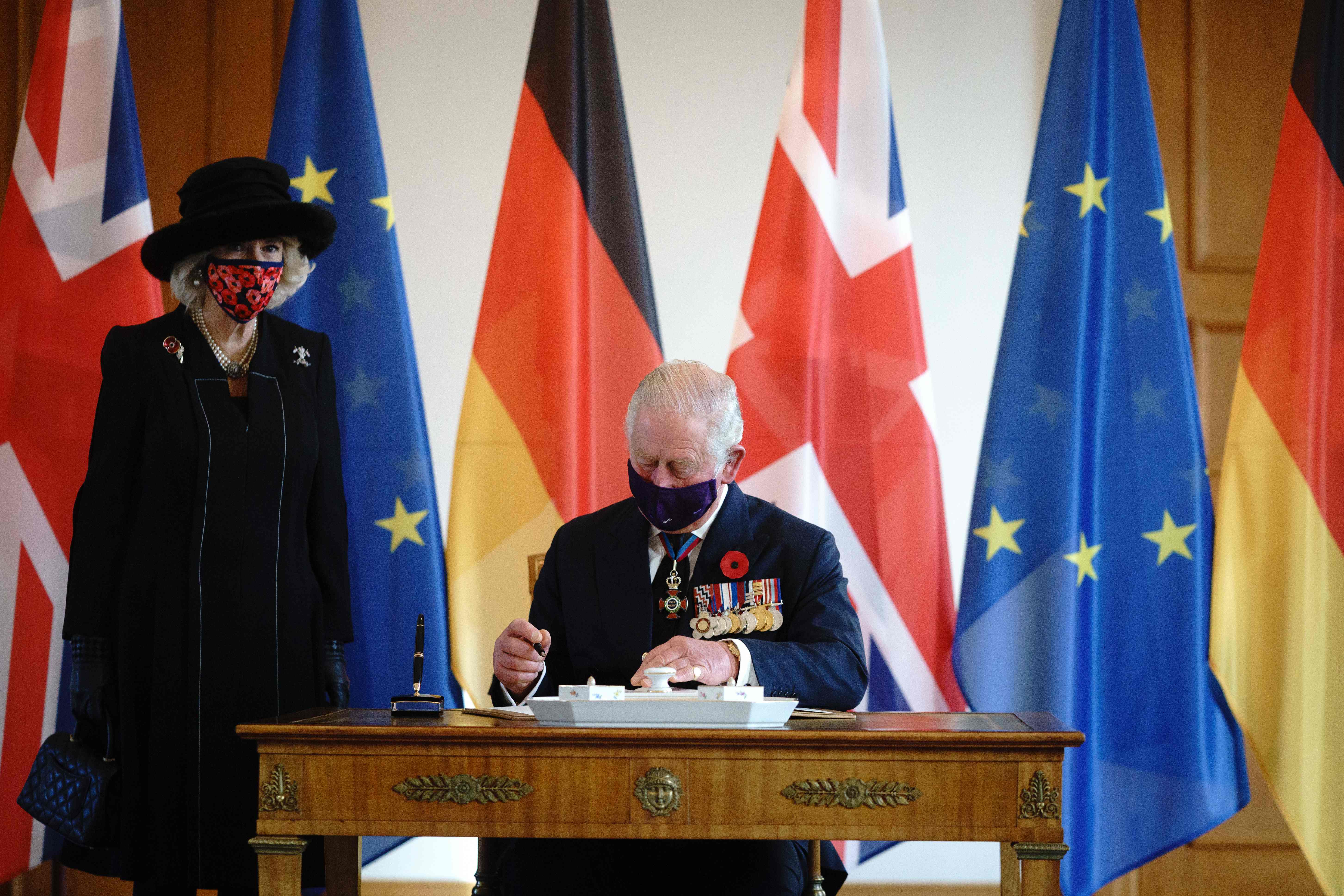 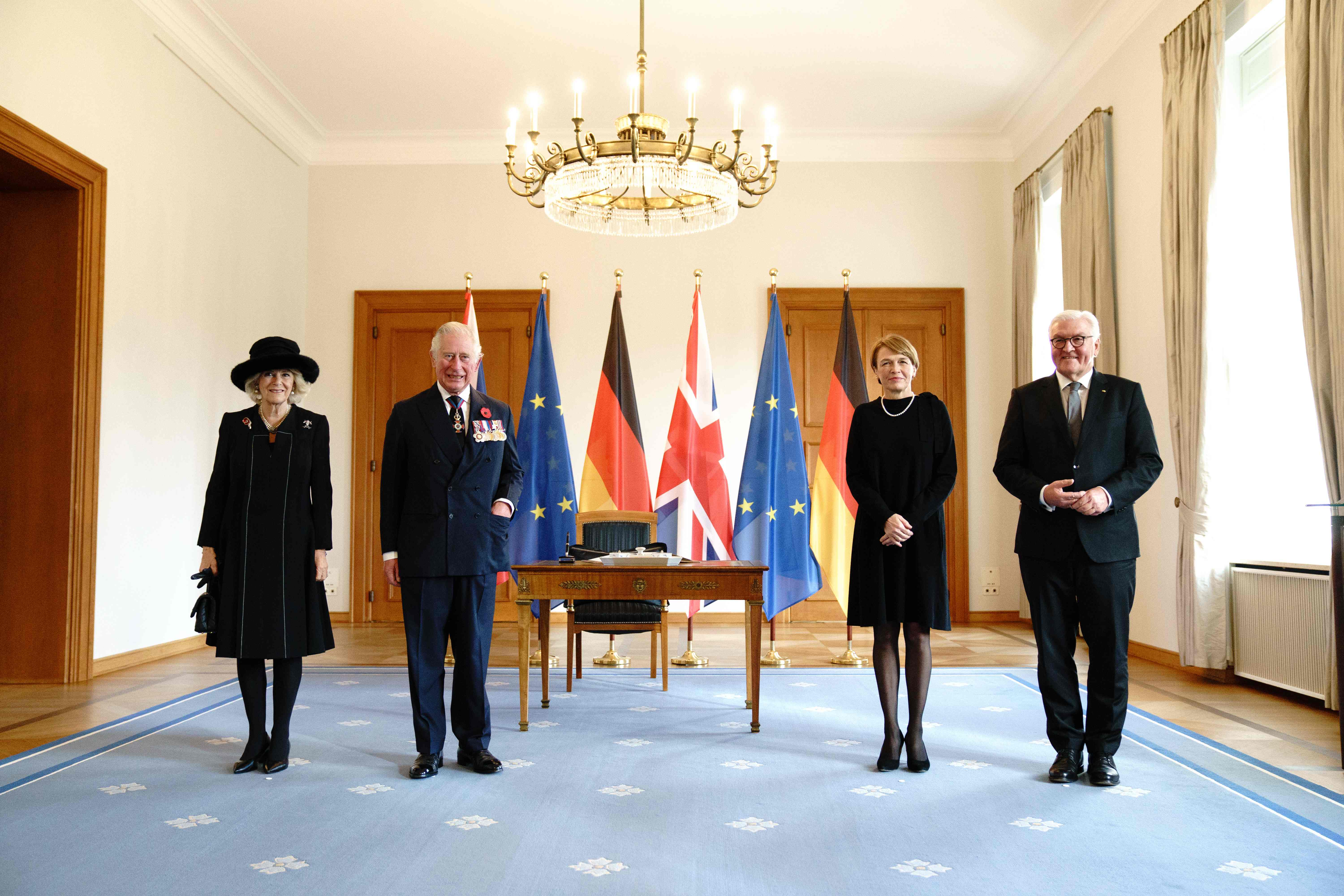 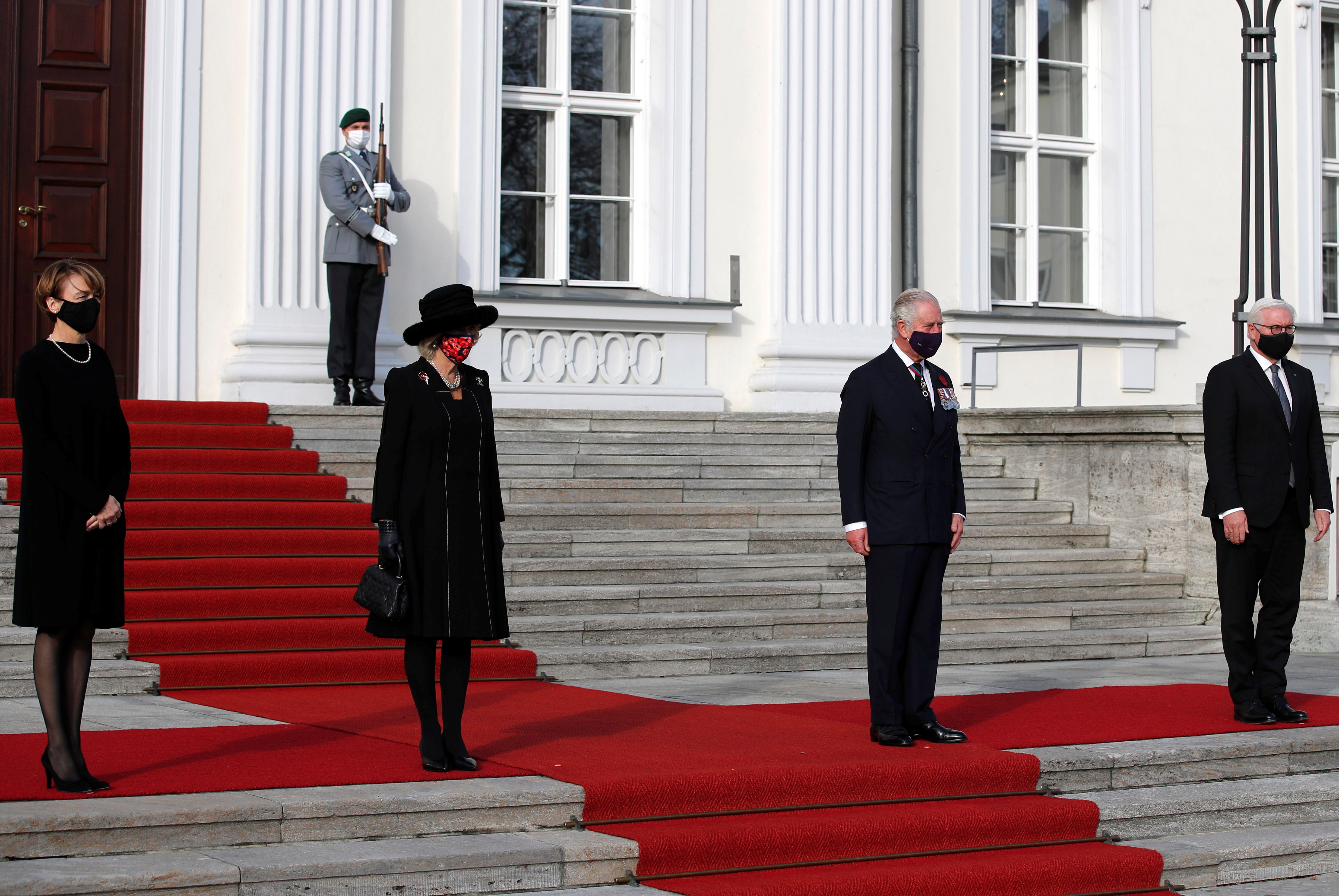 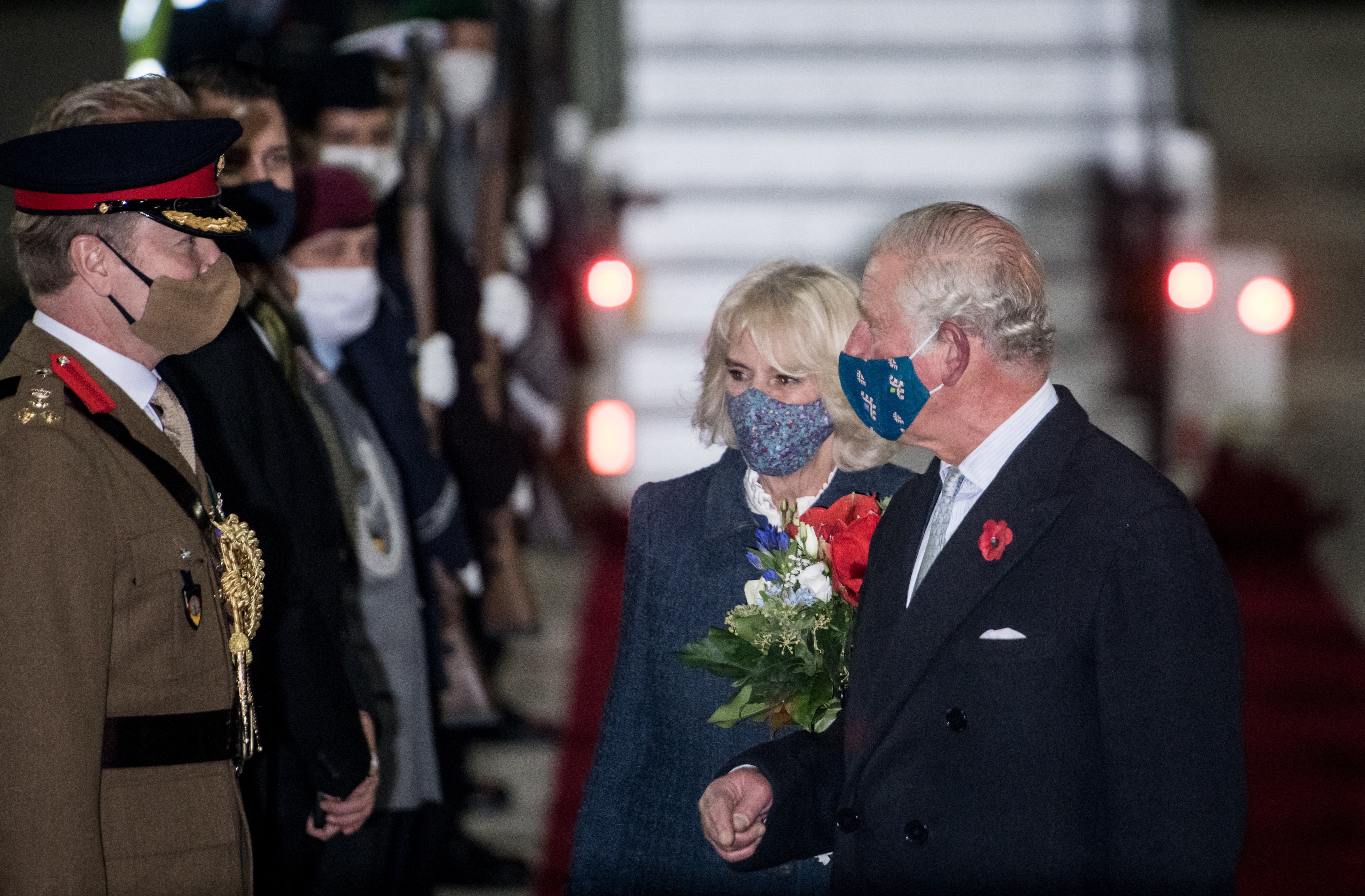 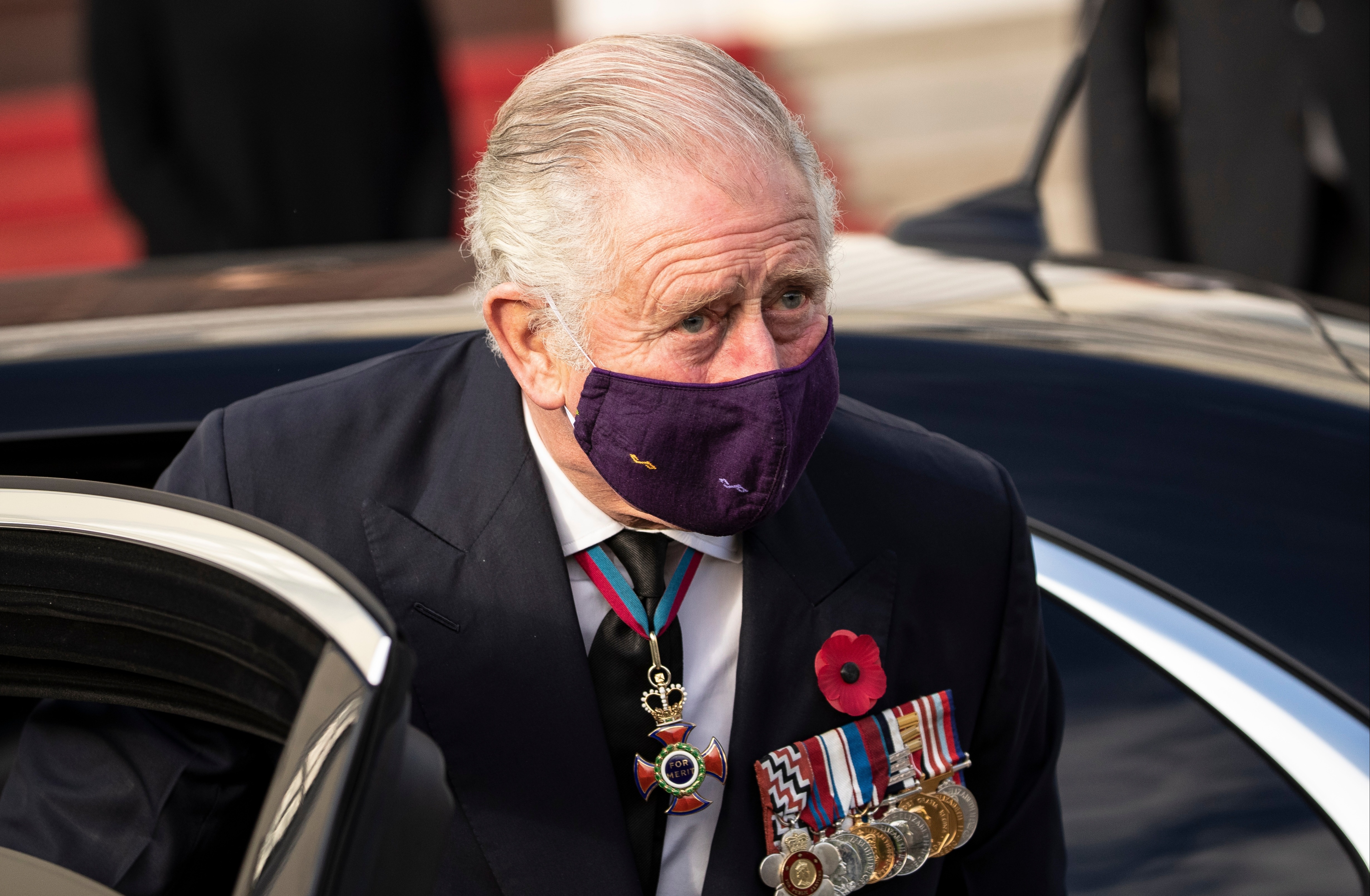 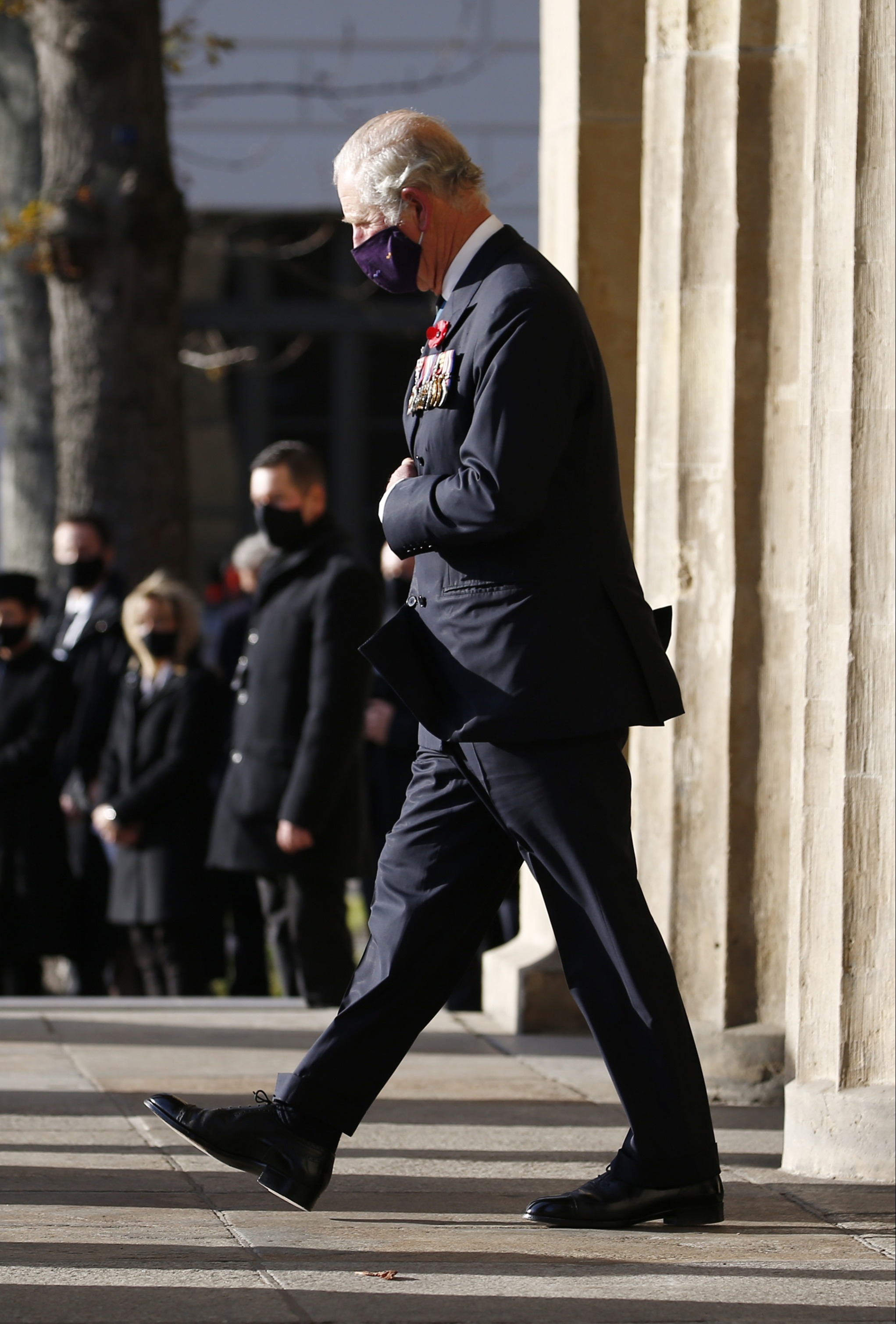 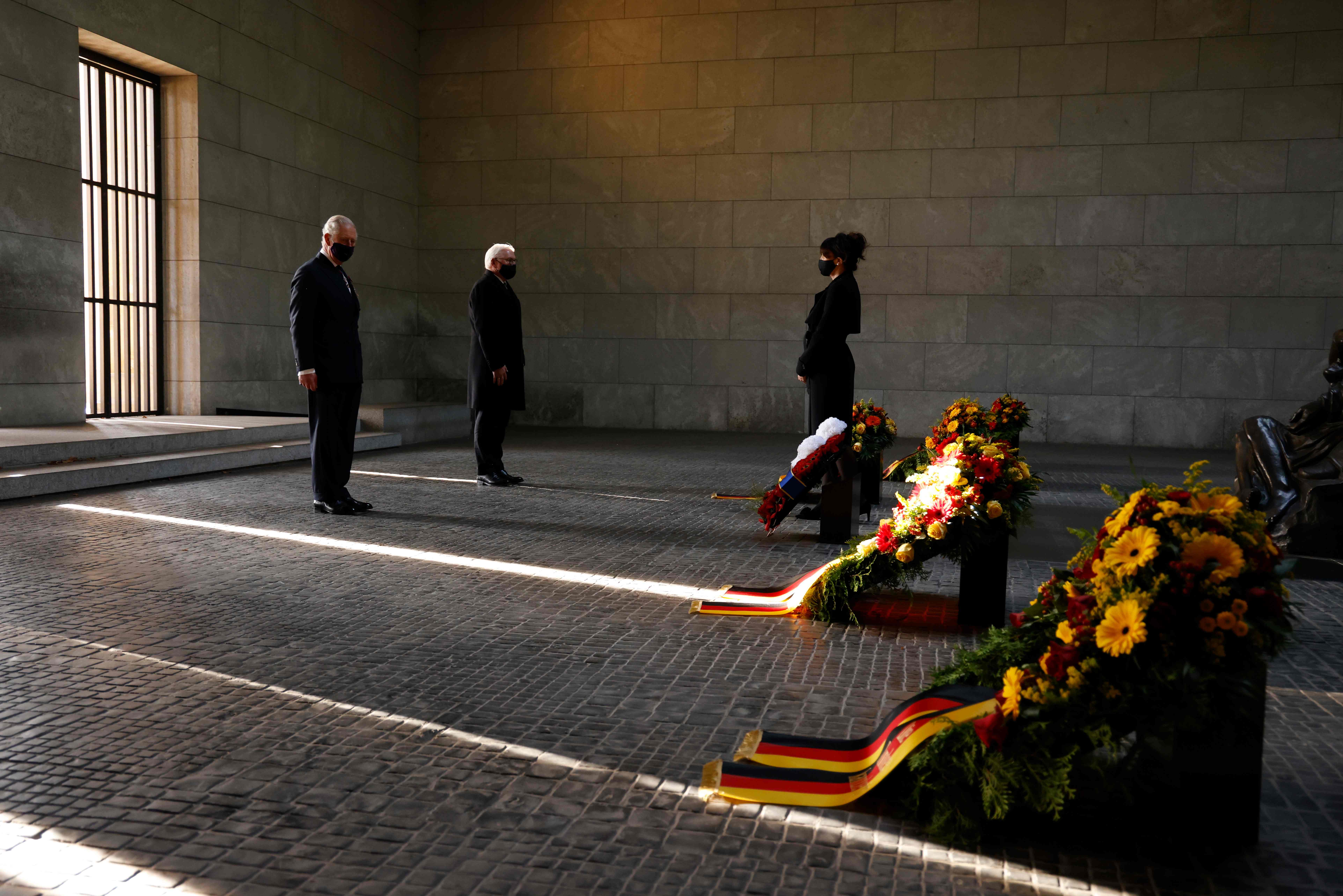 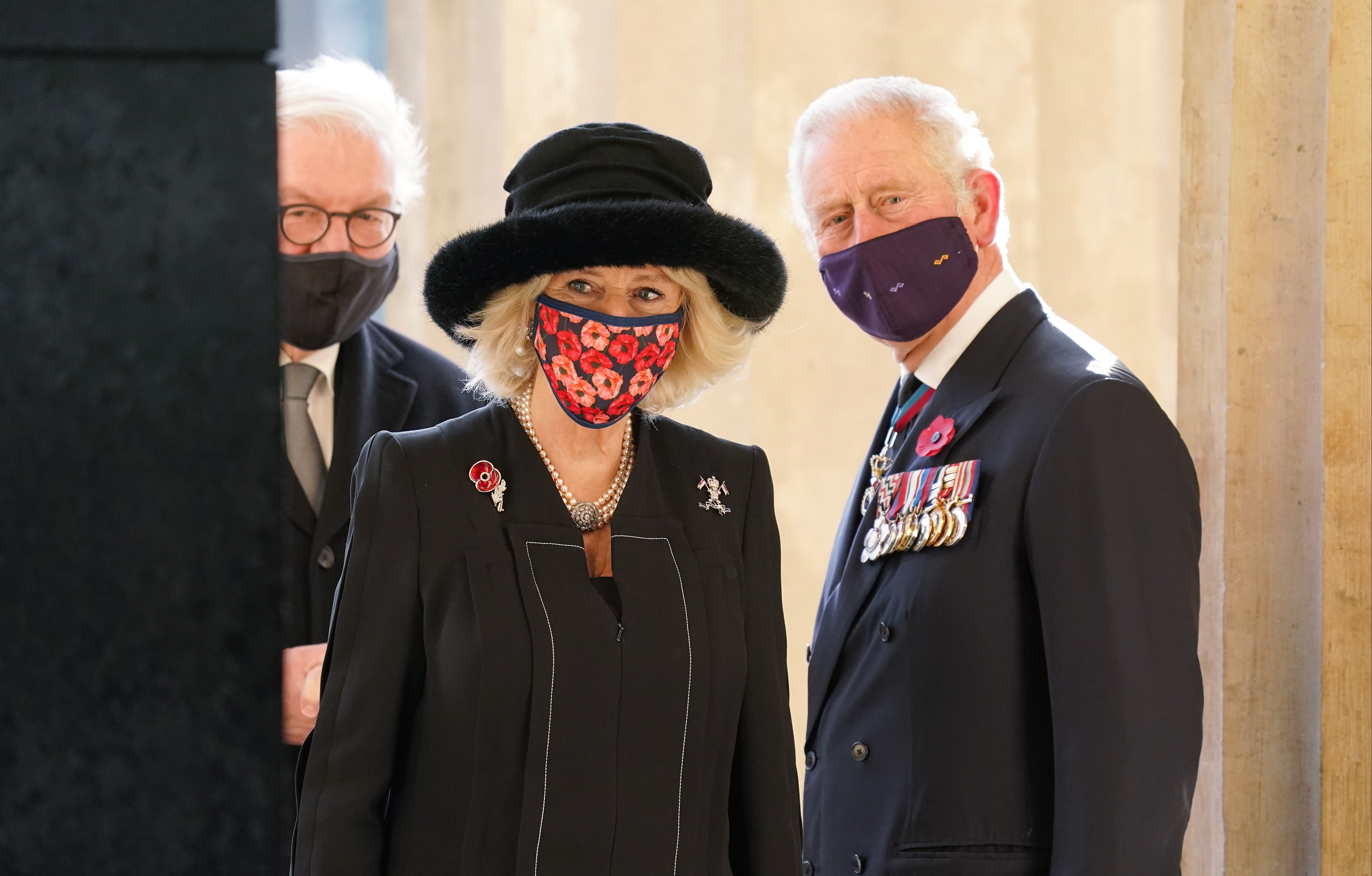 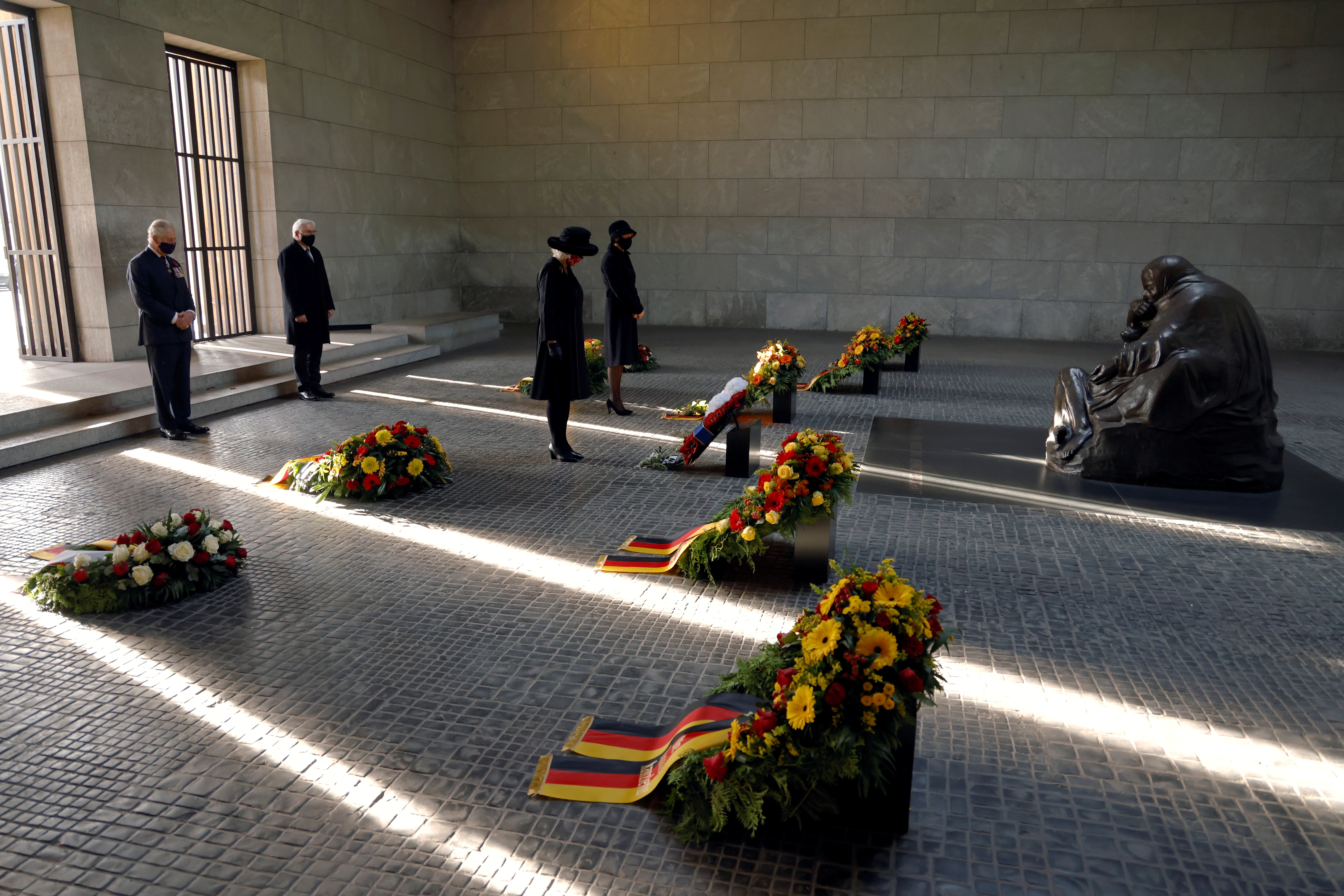