Prince Charles has officially changed his mind over longstanding plans to build a grand country house in Herefordshire, which was tipped to be the future home of Prince William and Kate Middleton.

The Prince has dropped his ambitious vision for a new Highgrove on a country estate in Herefordshire, nearly two decades after he first drew up plans for it.

The proposed mansion was meant to breathe new life into Harewood End, which lies between Ross-on-Wye and Hereford.

The Duchy has confirmed that their work at the 900 acre estate is done, even though the mansion, which was supposed to be a focal point, has not been rebuilt. 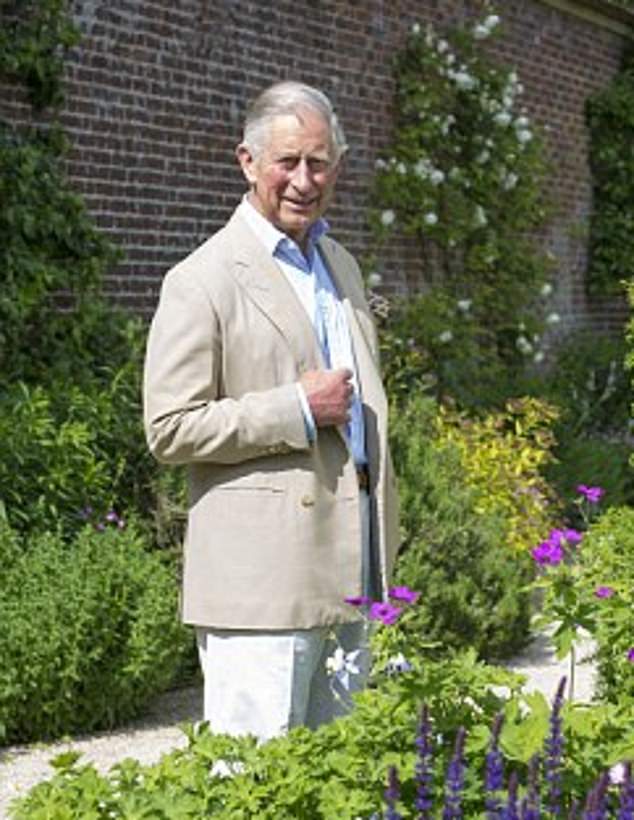 Prince Charles (pictured) has dropped his ambitious vision for a new Highgrove on a country estate in Herefordshire, nearly two decades after he first drew up plans for it

Prince Charles’ Duchy of Cornwall acquired the sprawling yet dilapidated estate in 2000, and three years later, work started on an ambitious £9 million renovation.

Although many buildings were restored, work has never started on the final piece of the jigsaw, the recreation of a grand mansion house demolished by the SAS in the 1950s.

Herefordshire Council approved plans to replace a bungalow with a Georgian style mansion in November 2004, not long after Prince William graduated from university.

Royal reporters claimed that Prince Charles was assembling a future home for Prince William in the borderlands between England and Wales, within an hour’s drive of his own country estate in Gloucestershire.

When news finally broke that William was involved in a serious relationship with Kate Middleton in 2004, rumours that they were about to marry and settle down in Herefordshire reached fever pitch.

But in 2007 the couple split briefly and in the same year Prince Charles successfully submitted plans for a scaled down ‘mini-mansion’ as the centrepiece for Harewood End.

Although it looked traditional on the outside the new design was filled with 21st century features which made it environmentally friendly on the inside.

The Duchy wanted to build a smaller, sustainable home that had ‘sufficient architectural presence’ in the countryside.

The application concluded: ‘The house is the symbolic heart of the estate and it’s construction will give meaning to the whole project.

‘The complete restoration of the devastated Harewood Park by the Duchy of Cornwall is possibly the first total restoration of an entire estate in Herefordshire.

‘The construction of the house will form the final phase of the project and it will be a triumph if this can be achieved; Hence the ‘triumphal arch’ with its architectural and symbolic significance. 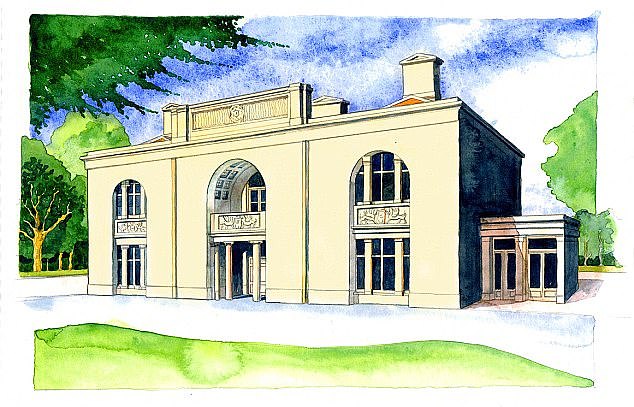 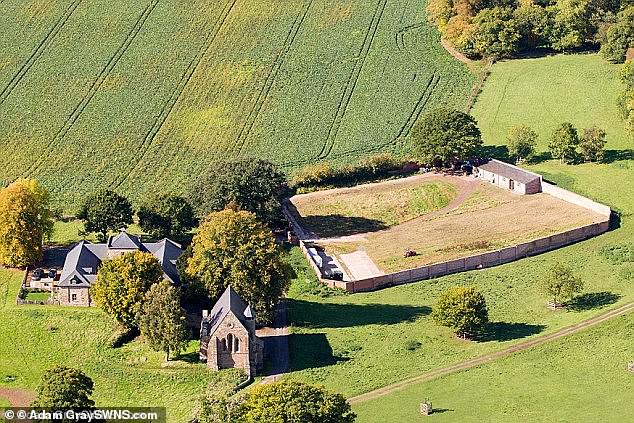 Prince Charles’ Duchy of Cornwall acquired the sprawling yet dilapidated estate in 2000, and three years later, work started on an ambitious £9 million renovation

Work was continuing on the rest of the estate when William and Kate announced their engagement on November 16, 2010.

After their wedding on April 29, 2011, it was widely reported that they would live in Herefordshire when the house was completed.

However, it later emerged that the Queen had offered William and Kate Anmer Hall on the Sandringham estate as a wedding present, which was already undergoing a £1.5 million transformation so they could move in.

The couple eventually moved into Anmer Hall in 2015, two years after they welcomed their first child Prince George.

More recently, the couple spent lockdown there with their three children.

Any lingering hopes of a future in Herefordshire for the Royal couple have been dashed after Prince Charles earmarked Windsor Castle as their future home.

The man charged with delivering the Herefordshire project for the Prince, David Curtis, retired last year and the Duchy has finally confirmed the house will not happen at all.

‘Although planning consent for a statement house was granted some time ago, the Duchy never took it forward, said the Duchy spokesman.

‘The regeneration project at Harewood Park is now complete and the estate comprises a number of let residential and office units in converted barns, together with farmland.’

However, Prince Charles is currently working up plans for a slimmed down monarchy when he sits on the throne and that includes re-evaluating the property on the royal estate.

And, although Prince Charles has failed to build his new house, he has restored an abandoned group of farmsteads, a ruined chapel, stables, lake and other buildings across Harwood End.