Prince Harry laid a wreath of poppies on the field at Twickenham today ahead of England’s crunch match against New Zealand.

The Duke of Sussex appeared in a sombre mood as he bowed his head in memory of the fallen soldiers who sacrificed their lives for Britain during the First World War.

The Prince, a patron of the Rugby Football Union, met with descendants of two England captains, Lancelot Slocock and Ronnie Coulton, who both died in the First World War.

His Royal Highness, who was not with his wife Meghan at the ground, will also meet two rugby players who are supported by the RFU Injured Players Foundation, of which The Duke is also Patron. 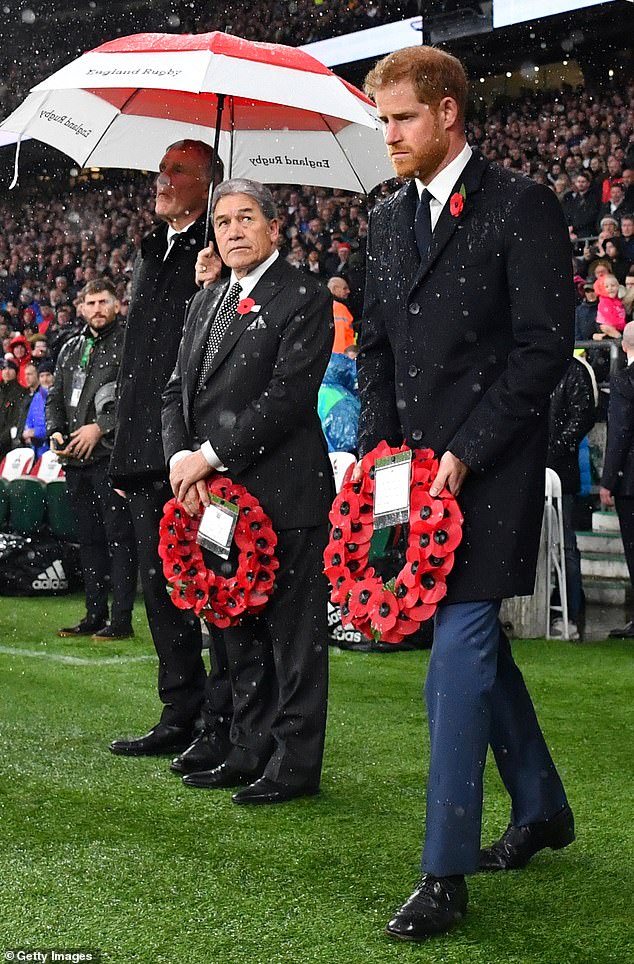 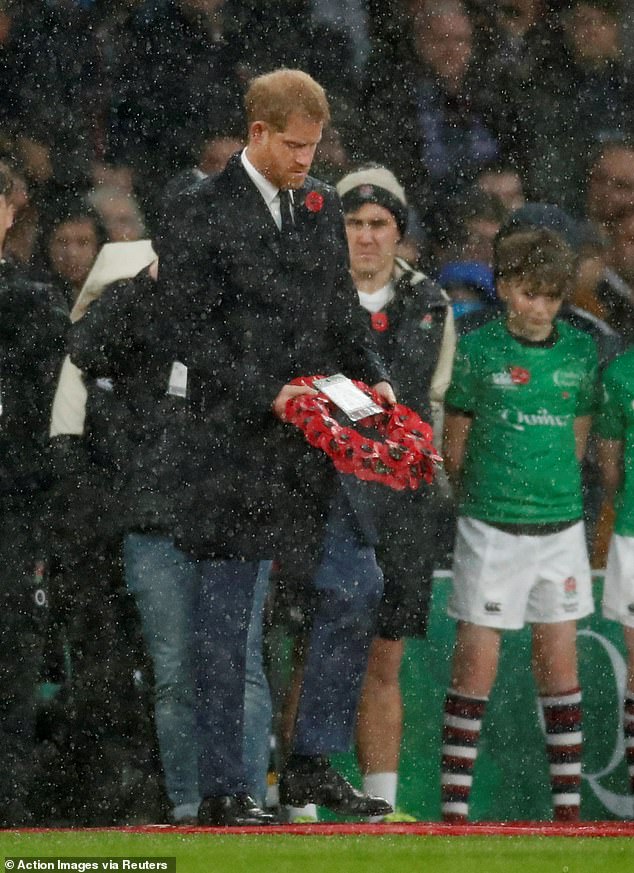 The Duke of Sussex, who was not accompanied by his wife to Twickenham, walks onto the field 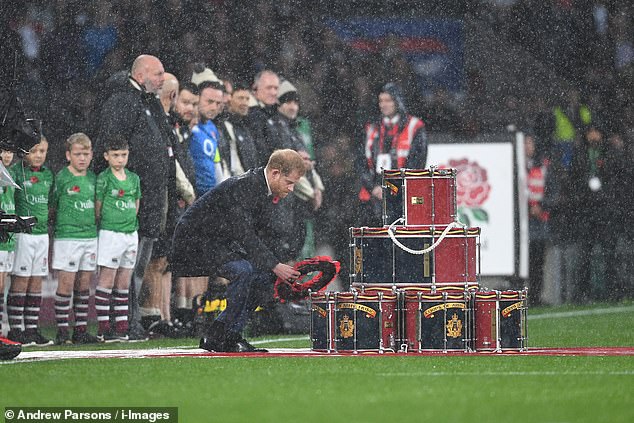 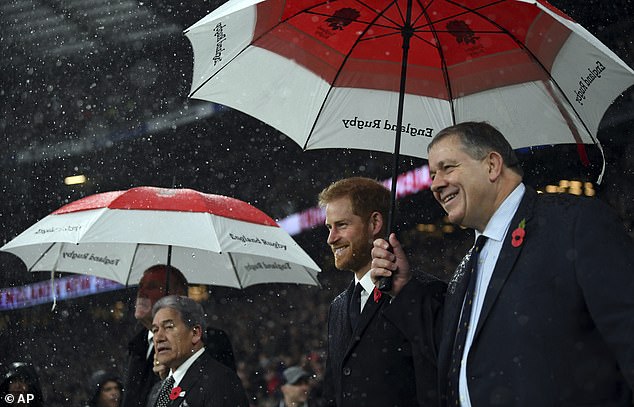 Prince Harry will then lay a wreath on the pitch as part of England’s Rugby commemorations to mark the centenary anniversary of the Great War.

A moment’s silence for those who served and gave their lives for their country.

Tomorrow marks 100 years since the first Armistice Day, which signalled the end of the First World War.

England go into the game against the All Blacks as underdogs but will be buoyed by their recent victory over South Africa in the opening autumn international.

England coach Eddie Jones joked that he did not care what fans sang during the Maori challenge, even if it was tunes from the reforming 1990s girl-band. 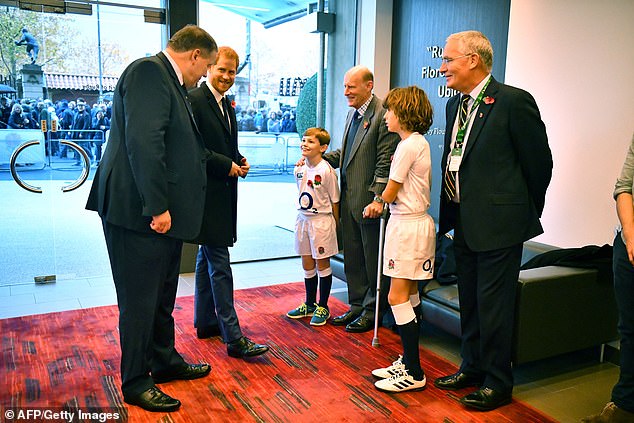 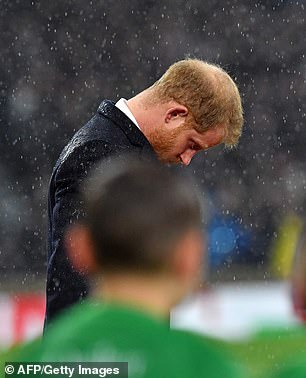 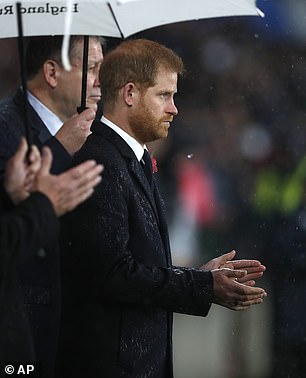 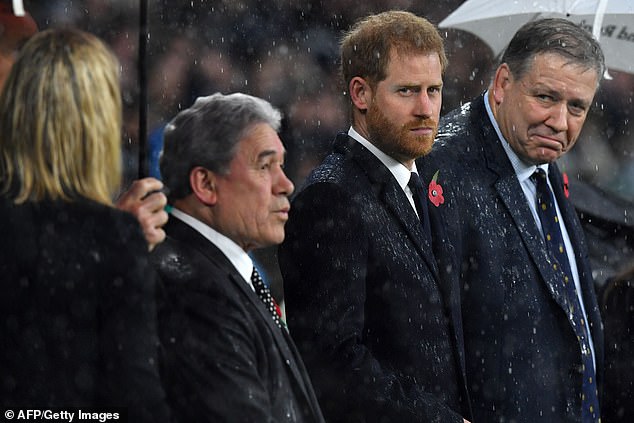 Britain’s Prince Harry, Duke of Sussex arrives to take part in the pre-game activities in honour of Remembrance Day ahead of the autumn international rugby union match between England and New Zealand 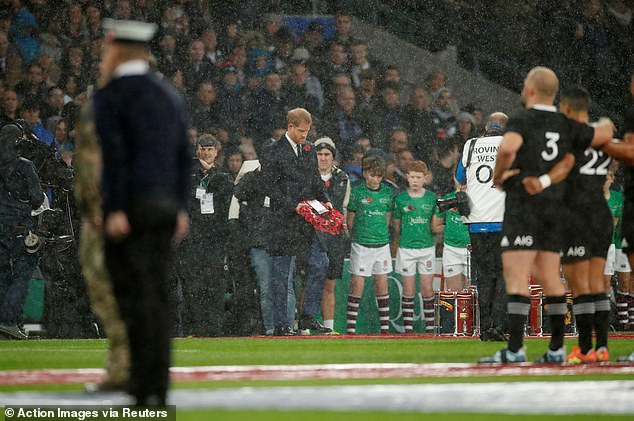 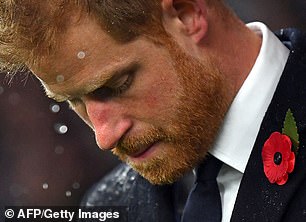 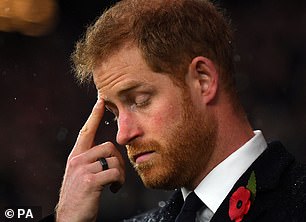 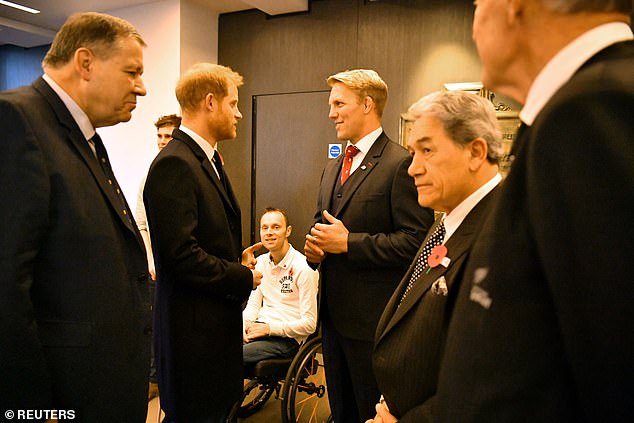 The Duke of Sussex talks with Lewis Moody, former international rugby player, before the match