Luxembourg prince enjoys six holidays a year and a rent-free Paris flat but can only pay his ex £75-a-week for each of his children because his parents pay him ‘just’ £35,000-a-year (and he admits he needs to get a job soon) 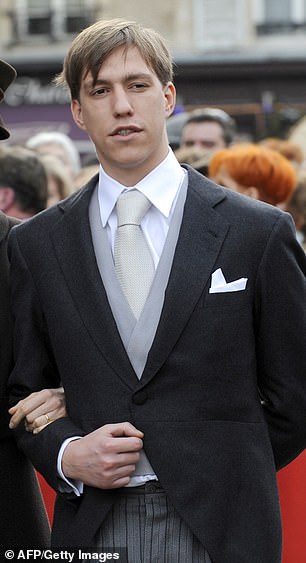 With a rent-free flat in Paris, a £35,000 annual allowance from his parents and up to six holidays a year, one would think that Prince Louis of Luxembourg has it all.

But, like many children of wealthy parents, the 32-year-old royal insists he just wants a fulfilling job and to stand on his own two feet.

His father, the monarch Grand Duke Henri, was stripped of his powers to approve his country’s laws when he refused to wave through a euthanasia bill ten years ago.

And a High Court judgement given in London yesterday suggests his third son Louis suffers from a similar sense of powerlessness.

Louis has been locked in a bitter court battle with his ex-wife, Princess Tessy, over how much maintenance he should pay for her and their two sons, Princes Gabriel and Noah, who are 12 and 11.

A judge ruled that Prince Louis should pay £4,000 for each child, per year, the equivalent of £75-a-week, after finding that Luxembourg’s royal family could not be expected to cover the costs of the Prince’s break-up.

In his lengthy ruling yesterday, Mr Justice MacDonald paints a vivid picture of a Prince with means beyond the dreams of most people, but apparently little control over his own finances. 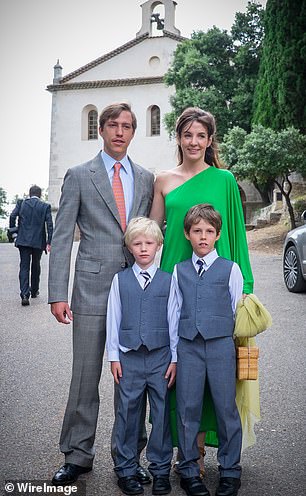 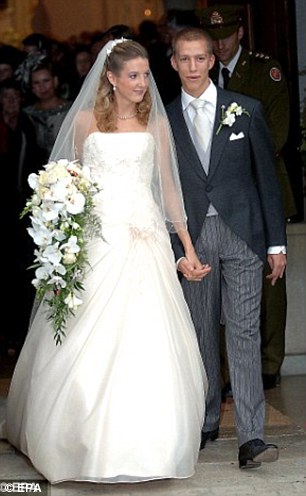 The Prince told of his financial woes to a family judge looking at his divorce from ex-wife Princess Tessy. The couple are pictured, right, on their wedding day in 2006 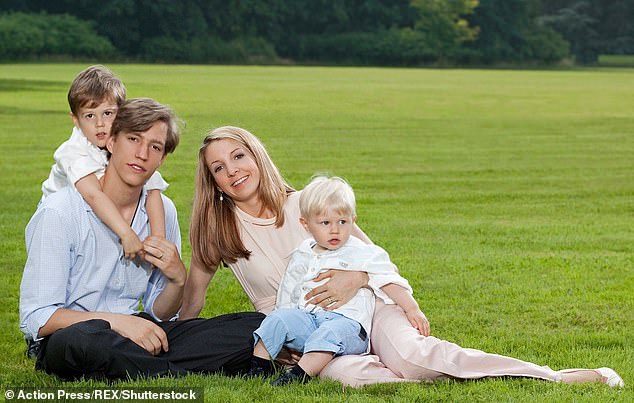 The court heard the Prince now lives entirely rent free in a family-owned flat in Paris, in which he and his four siblings have a ‘nue-propriété’, or joint interest.

The flat is serviced by a maid and a cleaner, and his utility bills, television service and health insurance are paid for by his parents, Grand Duke Henri and Grand Duchess Maria Teresa.

The Grand Duke and Duchess also pay their grandchildren’s school fees and their medical insurance, the court heard.

To help him along, the Prince is given an annual allowance of £35,000 (€40,000) and his accommodation is paid for during the up to six holidays he takes each year.

His father also gives him around £250 spending money for each of the jaunts, but the Prince insists he pays for the flights.

The Prince previously received an inheritance payout of around £450,000 (€510,750) with a possibility of a further £890,000 (€1million) in the future, although he disputes whether this would be forthcoming. 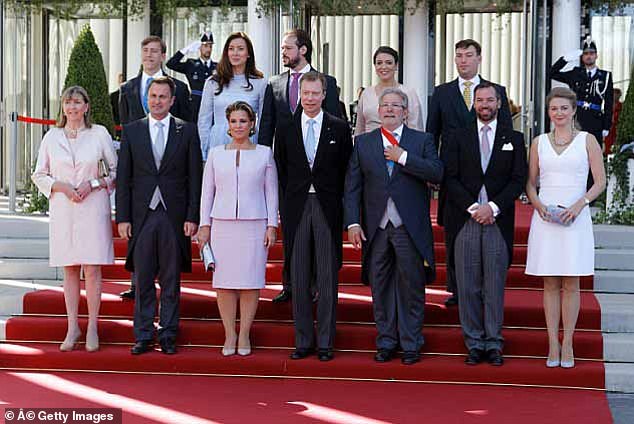 The Luxembourg royal family cover most of his costs, but Louis (top left) is expected to find a job soon, he told the court 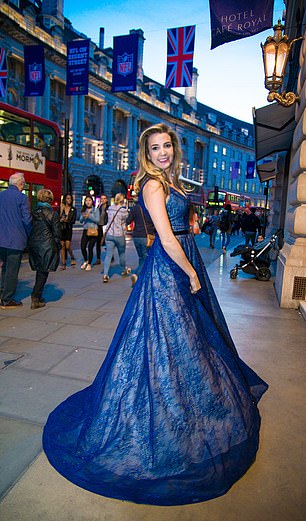 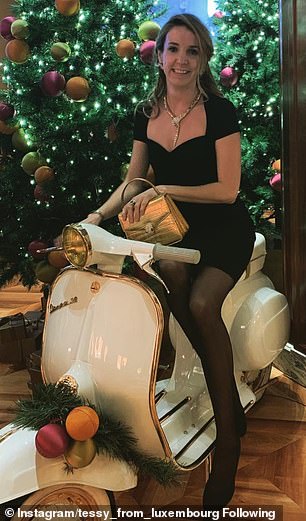 His ex-wife, Princess Tessy, described their life together as ‘luxurious’ with regular holidays to the family’s properties around Europe, and

His ex-wife said their married life together had been nothing short of ‘luxurious’.

‘She stated that the family had spent most of their holidays in family properties in Europe and could stay in such properties rent free with staff at their disposal,’ Mr Justice MacDonald said.

‘The wife noted that she and the husband had houses bought for them to live in wherever they wished to live and never wanted for funds.

‘Passports, driving licences, medical insurance and medical appointments were organised and paid for, as were cars to the airport and flight upgrades. The children’s schooling and health costs were also paid for.’

But the Prince insisted their lifestyle was ‘relatively modest’.

In his testimony to court, the Prince said the days of open coffers were coming to an end and he was, in fact, struggling to find work. 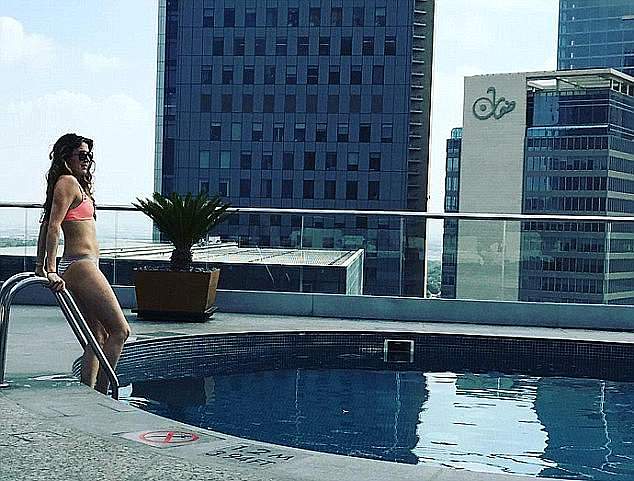 Since their split, Princess Tessy has gone online, posting photos of her at Dubai hotels 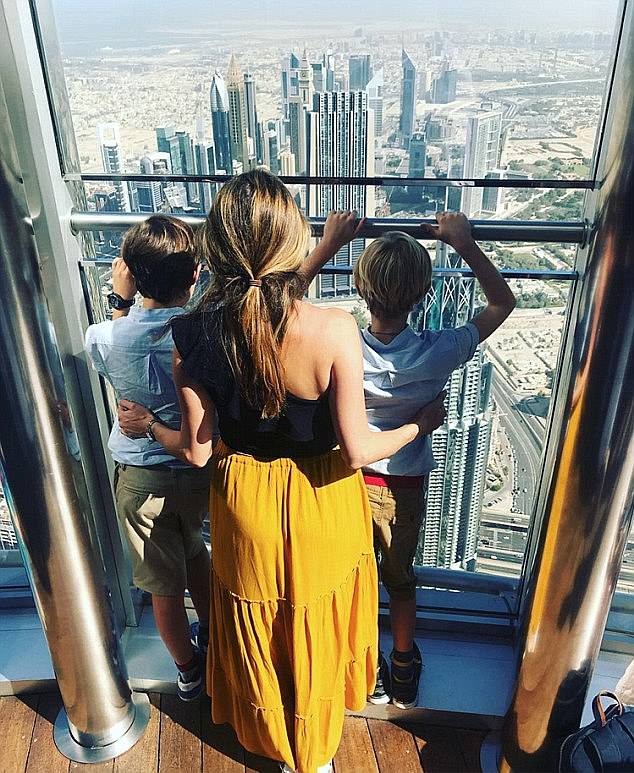 The boys live their mother, the court heard, but Tessy has said she is on good terms with her ex

The Prince said: ‘The custom and indeed the current expectation in my family has been and is that members, save for HRH the former Grand Duke Jean, HRH the Grand Duke, and the Heir Apparent… are financially self-sufficient, I am therefore expected to develop my own earning capacity, and live according to my own means, which I fully intend to do.’

The judge described his position, saying: ‘His family cannot be, and are not a ‘resource’ to which he can resort at will, that his family do not intend to treat him more generously than they do his siblings.’

The Prince ‘expressed an intention to the court to move out of this property and into rented accommodation funded by himself as soon as he is able to afford to do so,’ the judge said.

But the court heard that, despite having a private pilot’s licence, a BA in Communications and a Masters degree in psychology, the Prince, a former Army officer, has failed to bring in much by the way of money.

The judge said: [He] has established a consultancy focusing on directional counselling. He told the court that he continues to undertake training in this regard. The [Prince] however, contends that the consultancy does not yet provide any income.’ 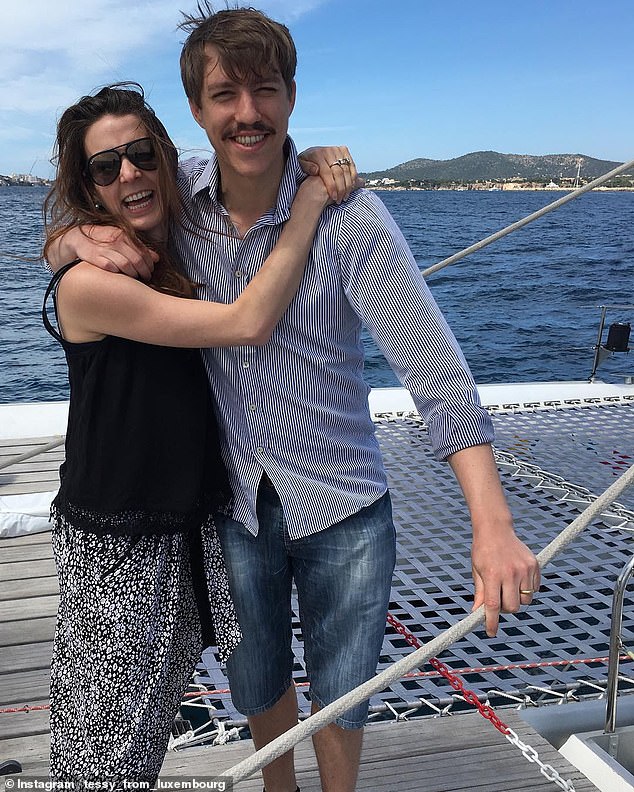 The judge said the dispute was ‘simply a sad case’ involving a couple who were determined to marry for love and had been happy before their ‘fairytale’ soured.

In the court battle, his wife insisted his claims of lack of means should be treated with a pinch of salt, considering his family could cover the cost of anything the court awarded her. 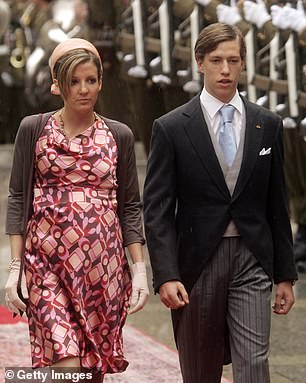 She originally asked for £1.5million to buy a new family home for her and their sons.

But judge Mr Justice MacDonald found ‘it would be wrong in this case to conclude that the husband’s family represent a financial resource on which this court can rely’.

The judge also ordered the princess and children should be given a ‘licence to occupy’ the former family home in London ‘until the youngest child finishes his first degree’.