Back to work: Prince William officially opens London Bridge station after £1billion revamp as he makes his first royal engagement since birth of baby Louis

Prince William unveiled a plaque following the transformation of Britain’s fourth busiest railway station which is said to have nearly doubled its capacity and created two-thirds more space for passengers.

The 35-year-old royal carried out his first engagement this morning after a break following the birth of his new son Prince Louis Arthur Charles of Cambridge, who was born on April 23, weighing 8lb 7oz. 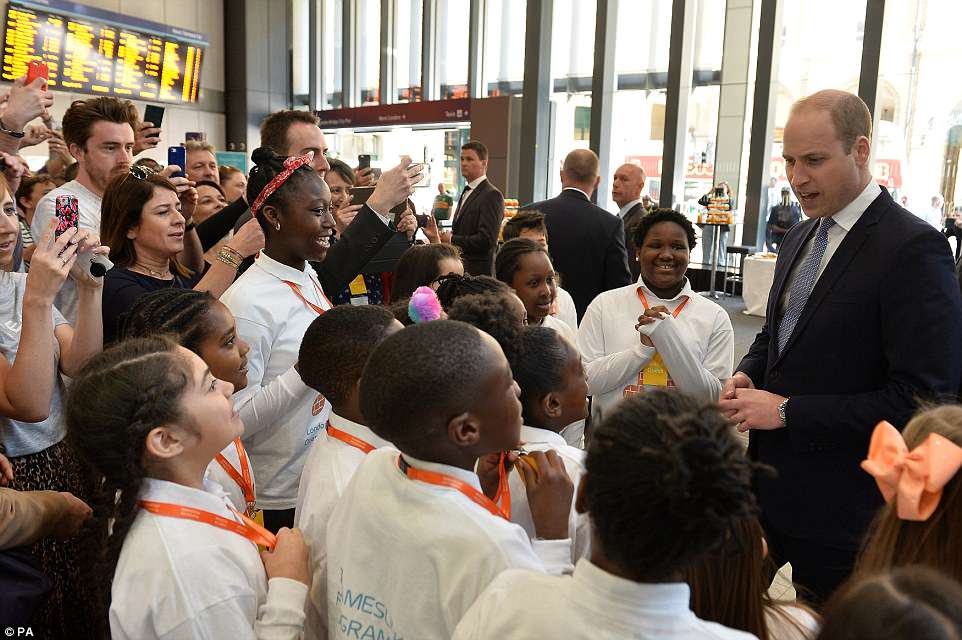 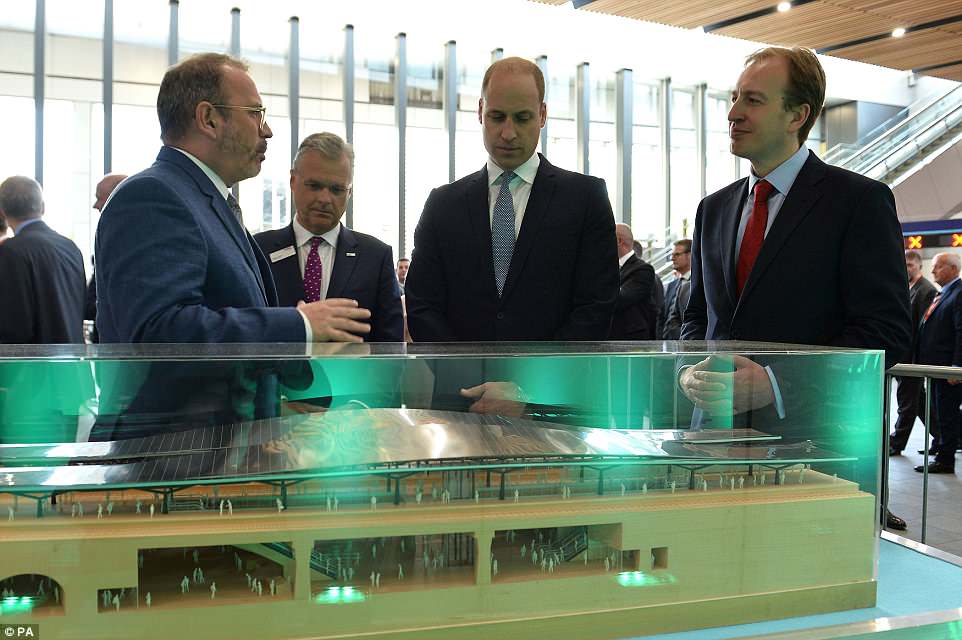 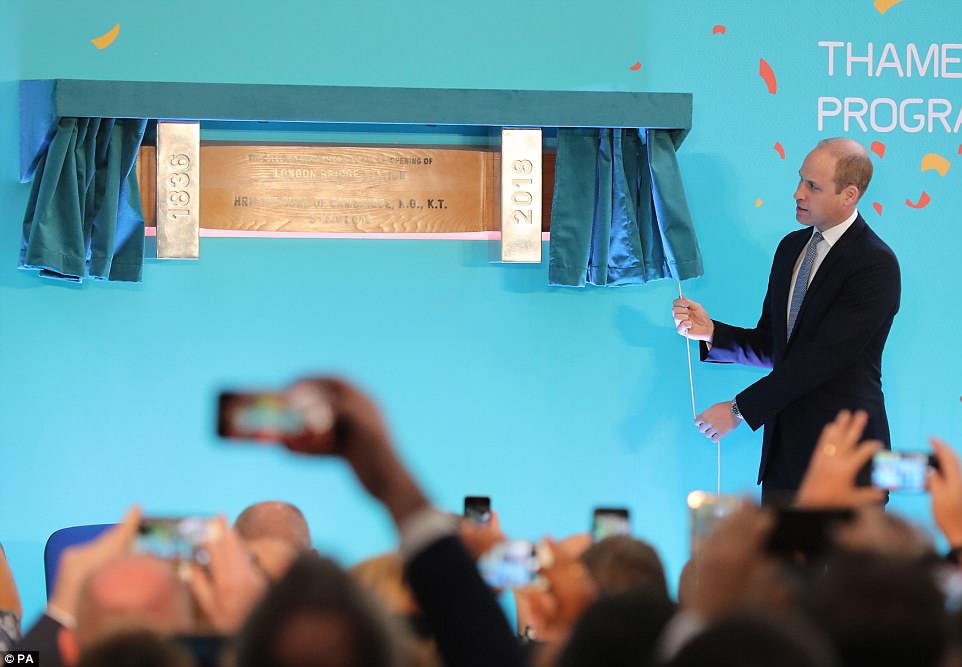 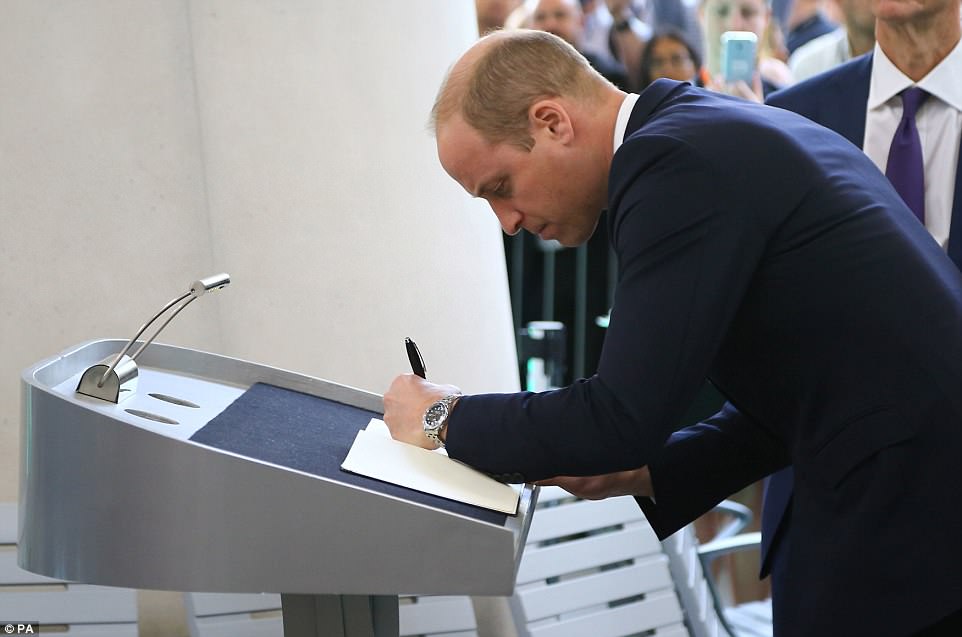 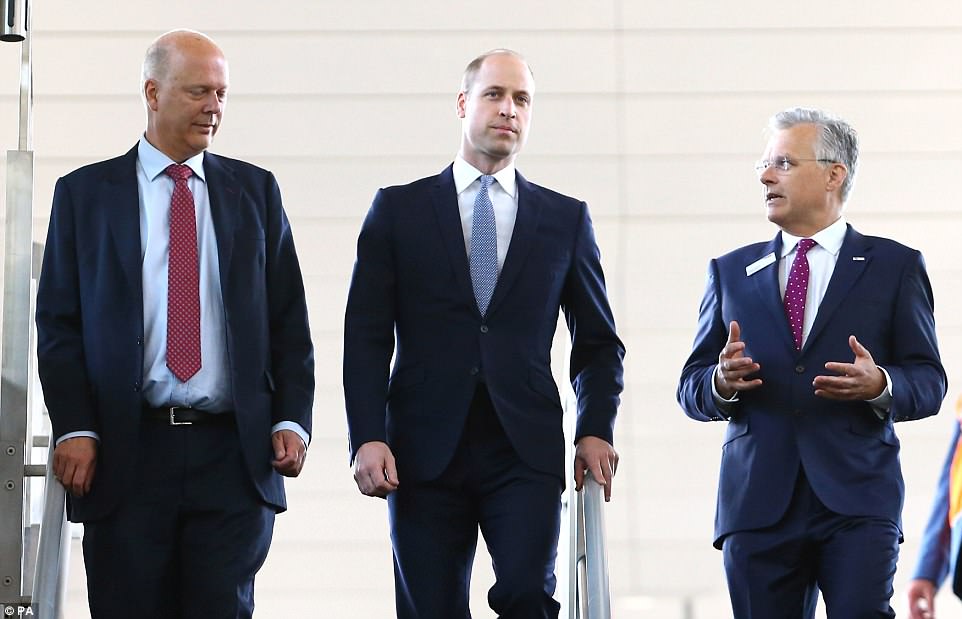 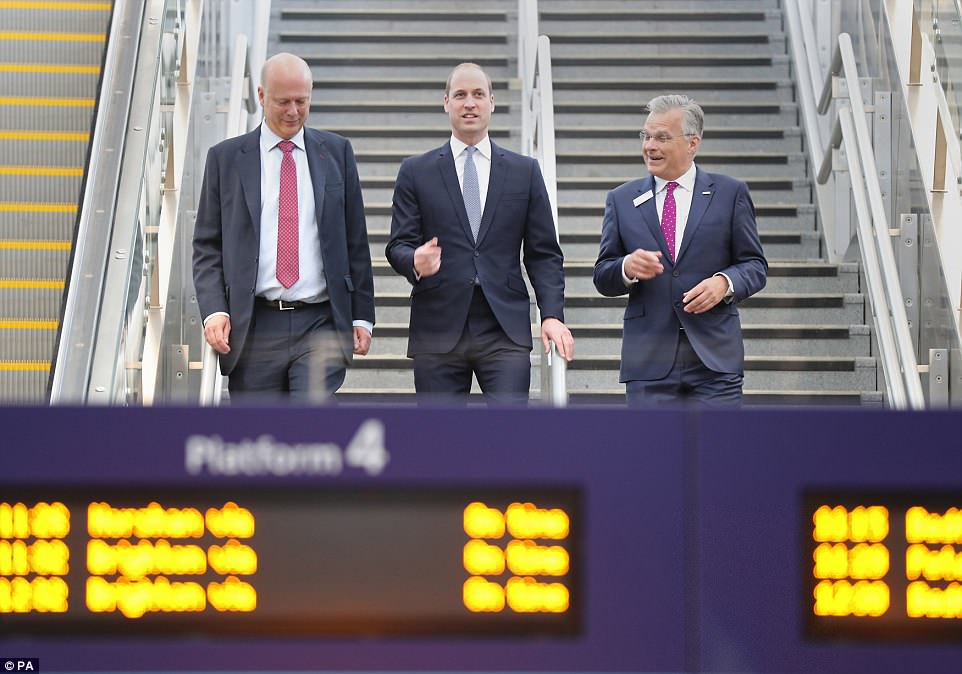 William with Mr Grayling and Mr Carne at London Bridge station today, which has had a new track layout implemented

He was given a present for his family – Prince George, Princess Charlotte and Louis – of a book about Southwark Cathedral’s cat and laughed when the Network Rail chief joked Louis might one day have a career on the railways.

William arrived by train at the station, which brings 56million passengers into London a year, before meeting apprentices and staff involved in the project, which began in 2012 with the old train shed’s removal.

Mark Carne, chief executive of Network Rail which carried out the redevelopment, began by mentioning the birth of Louis on St George’s Day – April 23.

He said: ‘On behalf of everyone on Britain’s railways I’d like to congratulate you and the Duchess of Cambridge on the birth of Prince Louis. 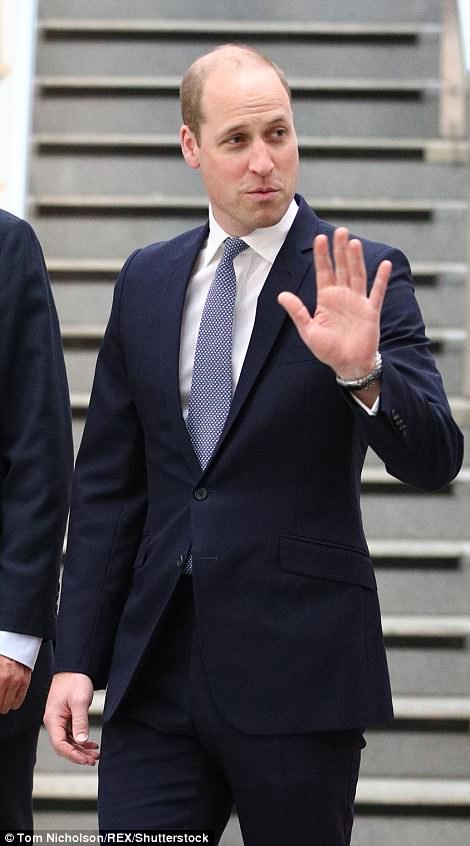 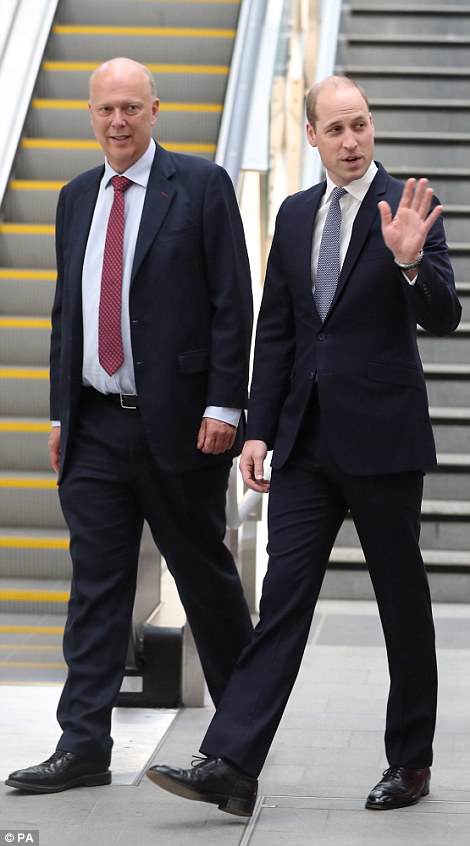 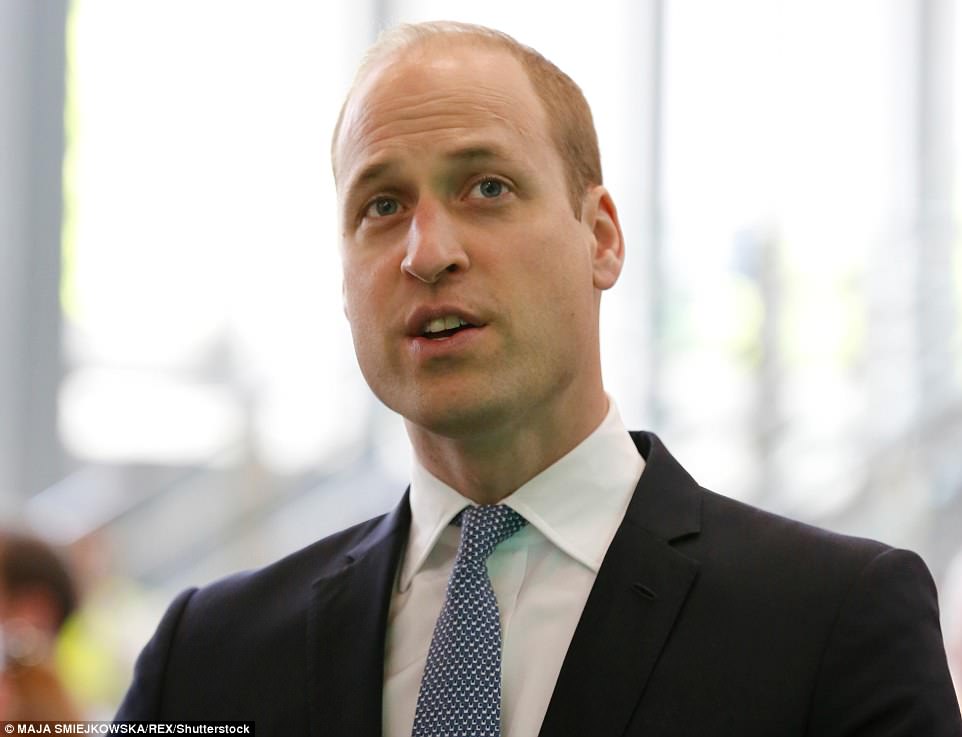 William spoke at the revamped station, where all 15 platforms can now be accessed from a single central point 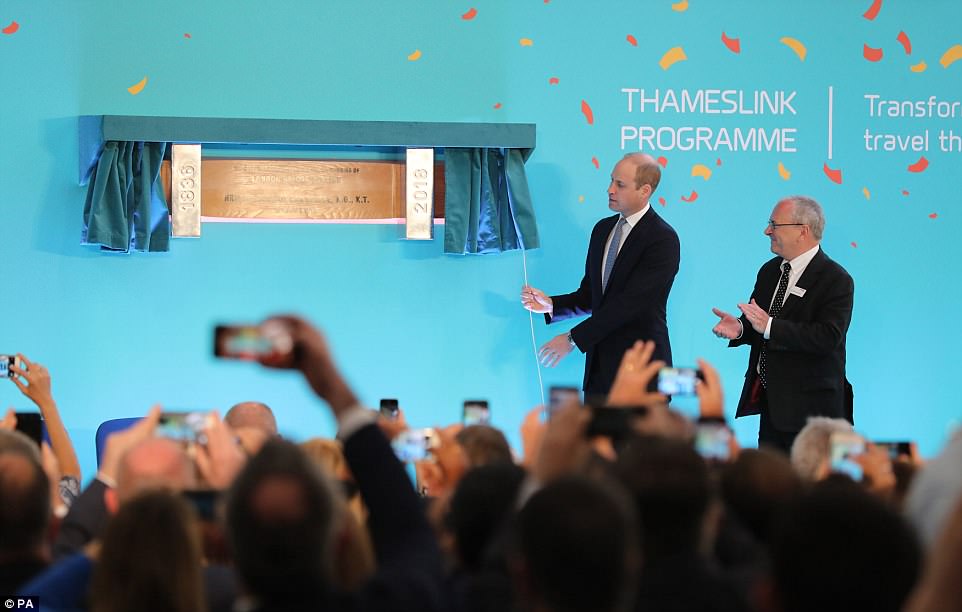 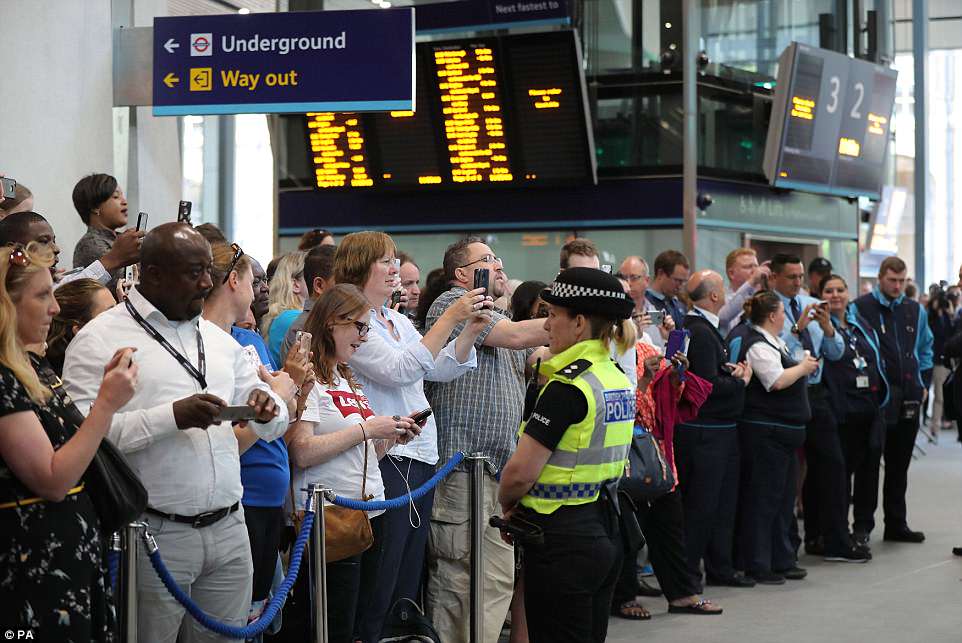 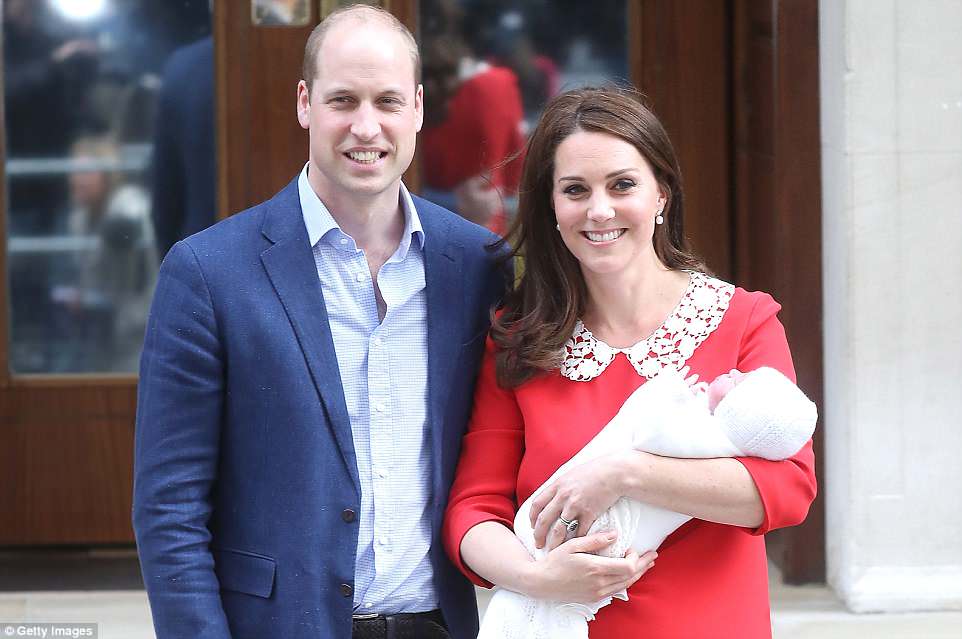 ‘I know that the royal family have always been tremendous supporters and users of the railway and I hope that Prince Louis will perhaps have a flourishing career as a railway engineer.

‘I am immensely proud that we brought this wonderful station into service on the very day we said we would, more than five years ago.

‘This station has been rebuilt from the Victorian foundations upwards, the team of engineers that achieved this had to carry out this huge project whilst still providing a service for 48million people who use this station every year.’

All 15 platforms at the station can now be accessed from a single central point, while the street level concourse has become the largest in the country and is roughly the size of the Wembley Stadium pitch.