Prince William vows to take a stand against slum landlords

‘A sadder side to Blackpool’: Prince William vows to take a stand against slum landlords as he and Kate are left ‘deeply affected’ on visit one of Britain’s most deprived streets

Prince William vowed to take a stand against slum landlords yesterday as he visited one of the most deprived streets in Britain with his wife Kate.

The royal couple were said to have been ‘deeply affected’ as they were given a tour of mould-ridden houses left in a dangerous state in Blackpool.

They were highlighting troubling issues surrounding multiple occupancy homes unfit for habitation that litter the once prosperous resort. William tackled the subject head-on in a speech, saying: ‘Blackpool has always been one of the UK’s most loved seaside towns. It is famous for its beaches, its promenade, its iconic venues and its stunning illuminations. 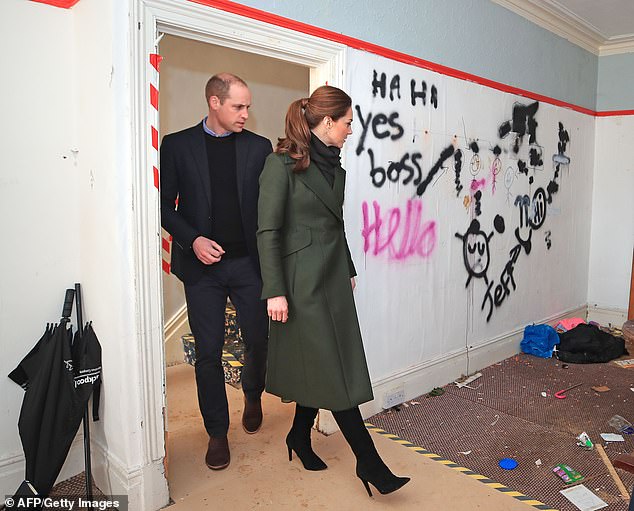 ‘But there obviously is a sadder side to Blackpool that we will see a bit of today – and we shouldn’t attempt to skirt around this issue. Dispiritingly, those challenges are felt very strongly today and they are more pressing than ever.

‘Unemployment remains quite high, skilled professionals continue to leave faster than they arrive and Blackpool has become a transitory town for many without the right employment opportunities. Against this backdrop, mental health issues and social problems have risen.

‘And a unique problem has also arisen as a result of falling demand for tourist accommodation, which has created an over-supply of what the council now perceive to be extremely low-quality private-rented accommodation.’ 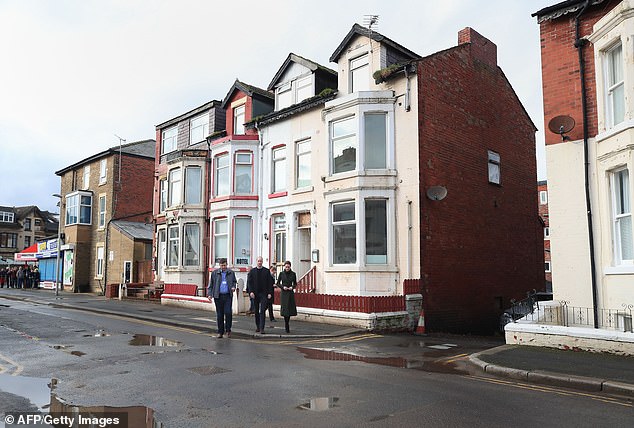 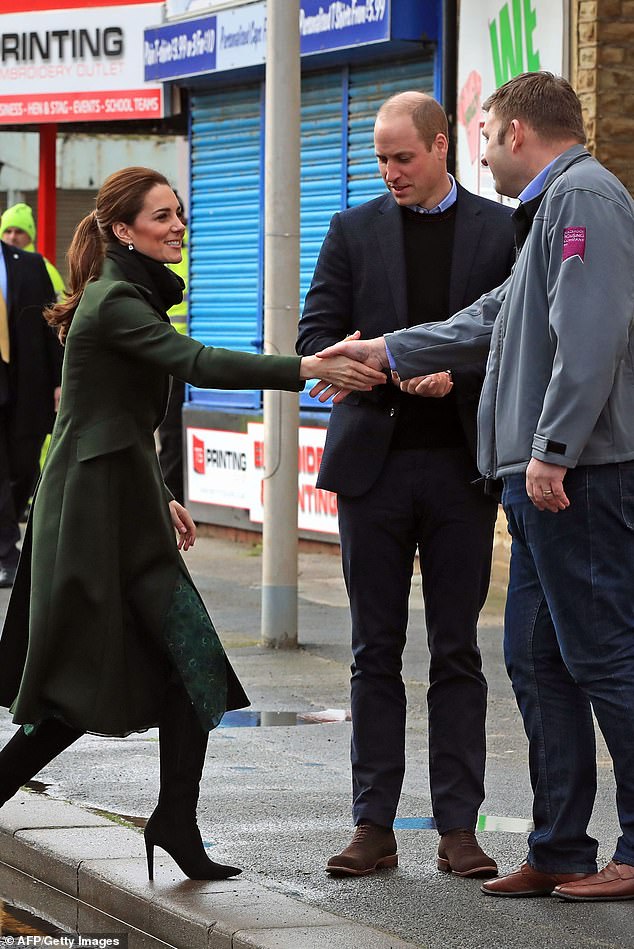 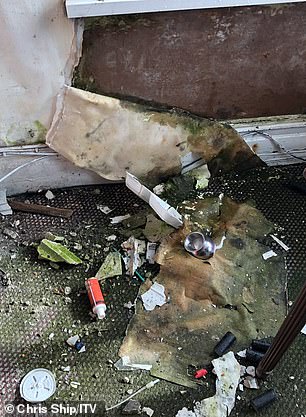 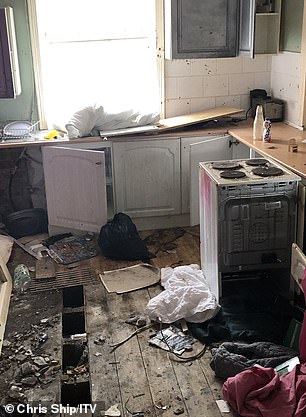 The couple were given a tour of mould-ridden houses left in a dangerous state in Blackpool, like the ones pictured 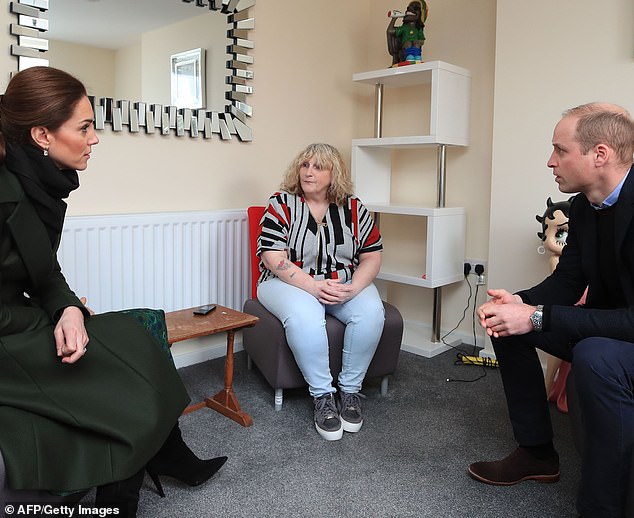 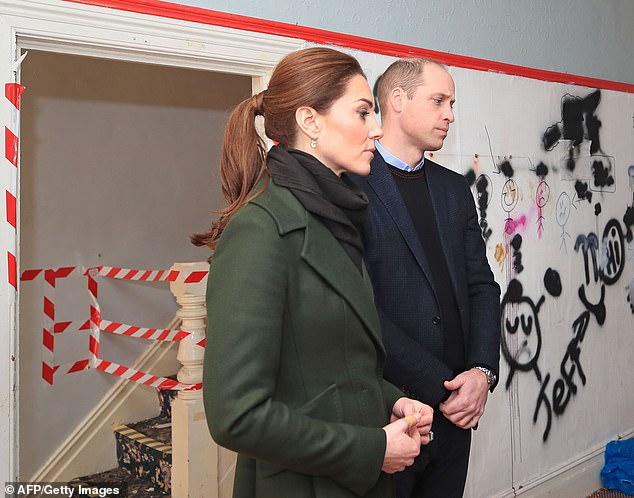 William and Kate toured homes where children had lived in squalor at the mercy of unscrupulous private landlords. They visited Kirby Road, where 16-year-old Sasha Marsden was stabbed by her killer 58 times and dumped in an alleyway in 2013.

One empty house – which was formerly a B&B business called the Williams Inn – was covered in black mould and graffiti, with debris littering the floor and children’s toys and a small coat left behind. The duke and duchess, who was wearing a £940 Sportmax coat and high-heeled boots, were asked to walk on planks to avoid dangerous rotting floorboards, while water dripped from the living room ceiling.

It was one of many houses bought by private landlords and used for multiple occupancy homes to take advantage of housing benefit.

Blackpool Housing Company has since bought them for about £40,000 each and renovated them completely before renting them out as safe family homes. Lee Burrell, BHC development director, said the couple were ‘incredibly interested’ in the project and had expressed their concern that people might move back into housing of such poor standard.

‘They seemed quite shocked,’ he said. ‘There was an element of surprise that properties could be in that position.’ 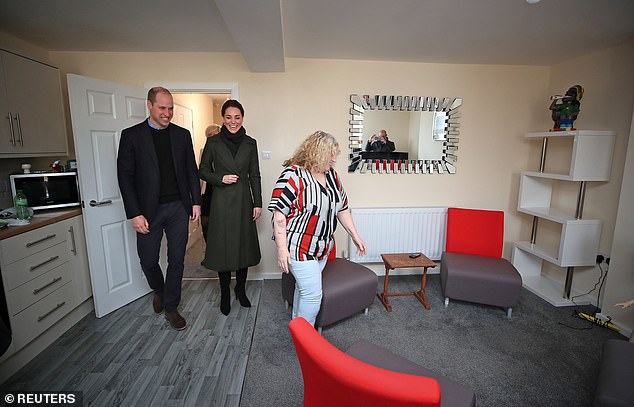 Alan Cavill, director of regeneration at Blackpool Council, added: ‘I think they were very concerned to know what could be done. The duchess was clearly unhappy about the fact that children had been living there – it’s not a place she would want to see any child.’

The couple also visited a newly-renovated house lived in by Christina Jackson, 59, who explained afterwards: ‘They said the house is absolutely lovely. They’re so down to earth, they really got it. They seem to know everything that was going on and were very understanding.’

The duke and duchess also met recovering drug addicts who explained how they were getting their lives back on course. Blackpool is a former jewel in the crown of the British tourism industry, but has suffered as a result of the rise of package holidays abroad. 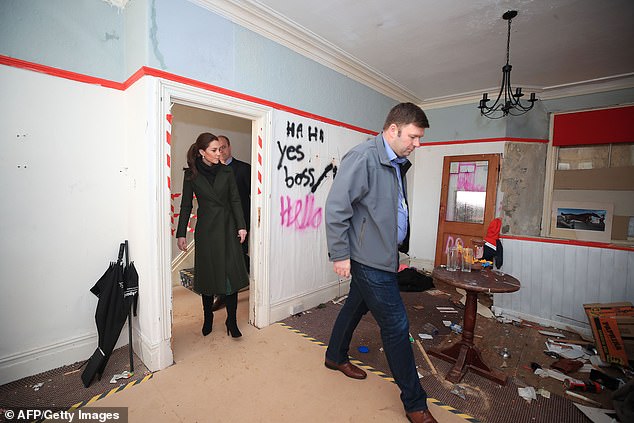 William and Kate spent the day at the seaside, starting at the famous Blackpool Tower.

The duchess said she would love to bring her three children back to the tower and William admitted he had once been to Blackpool for a stag party and tried the resort’s famous roller-coasters. Kate said: ‘There’s so much here the children would love as well.’ However, some locals admitted they were not sure how serious she was about returning to the resort.