Princess Eugenie took to Instagram to celebrate her anniversary with husband Jack Brookshank by posting a loved-up picture.

The 30-year-old married her husband on October 12 2018 but the couple met when Princess Eugenie was skiing in Verbier, Switzerland, and her friends introduced her to Jack.

To celebrate their decade together, the tenth-in-line to the throne posted a picture on Instagram of her and Jack grinning into the camera while smiling.

On the post she said: ‘Jack and I are celebrating our 10th anniversary today… and we are lucky enough to be together at this time. 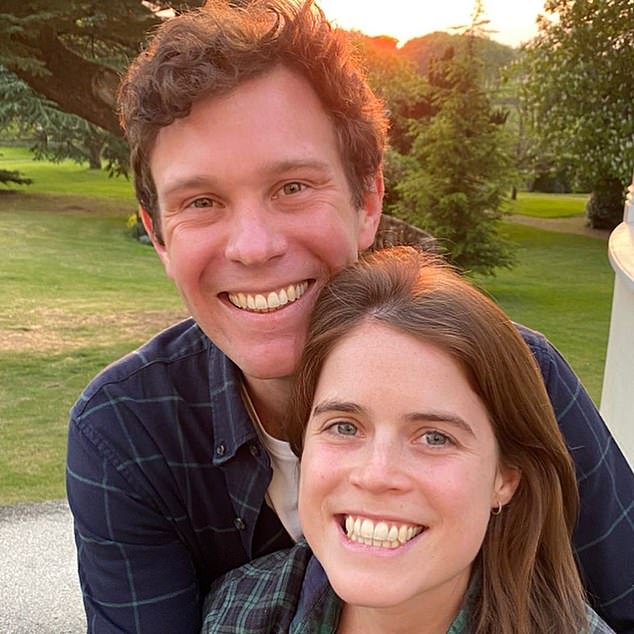 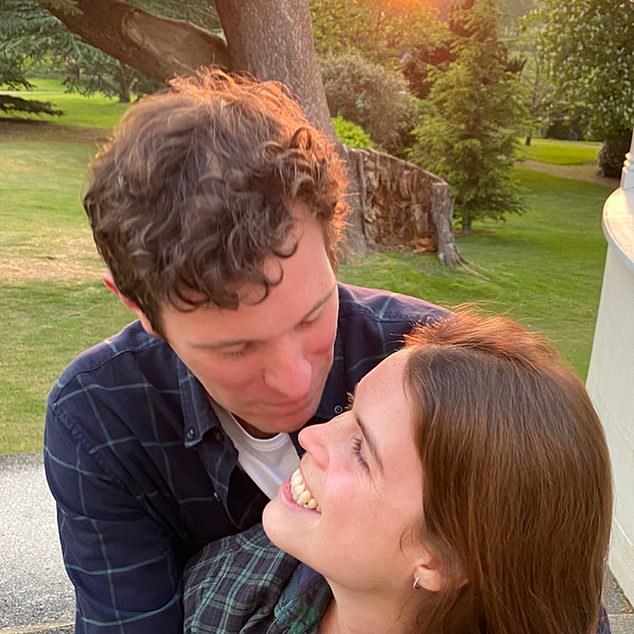 The couple, seen smiling here, met when Princess Eugenie was skiing in Verbier, Switzerland, and her friends introduced her to Jack

‘If anyone has an anniversary this week, if you are together or not because of this challenging time, if you are a frontline worker wishing to tell your person you love them, then please do send me a photo and message via DM of how you are celebrating and I will share your messages on my story over the next few days. #anniversary’

Her sister Princess Beatrice, 31, was recently forced to postpone her wedding to millionaire property tycoon Edoardo Mapelli Mozzi, 37, which was scheduled for May 29, because of the coronavirus lockdown.

A spokesperson told People magazine: ‘There are no plans to switch venues or hold a bigger wedding. They aren’t even thinking about their wedding at this time. There will come a time to rearrange, but that’s not yet.’

The princess appeared for the first time in public since she cancelled her wedding in a video posted on the Helen Arkell Dyslexia Charity Twitter. In it she said: ‘This is an incredibly challenging time for the world and the United Kingdom.

‘Yes, they are doing things online at the moment rather than face to face, but their incredible team of specialists is here to help whenever you need them.

‘Whether that is online courses, tuition sessions, or their online helpline, please get in touch.

‘I would encourage you to look at their website and see what’s available to you.’

The Queen’s granddaughter, who was diagnosed with dyslexia aged seven, has written about her struggles as a child, and how the support of her parents and the magic of stories helped her fall in love with reading. 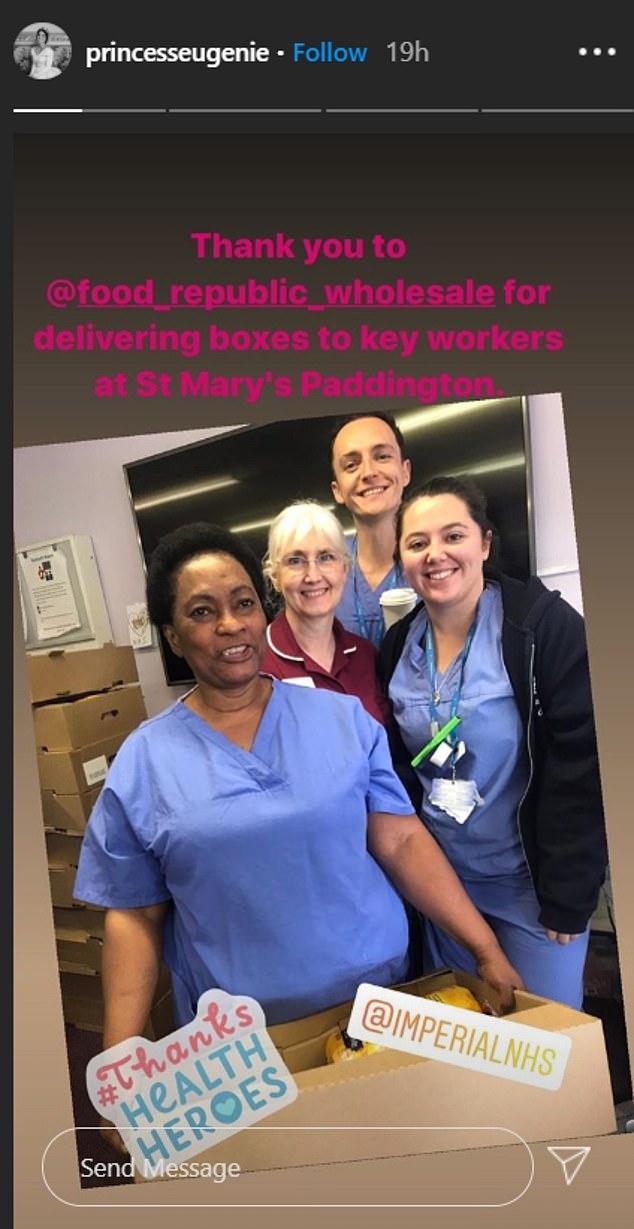 Alongside the post showing key workers holding up large boxes, the royal penned: ‘Thank you to @food_republic_wholesale for delivering boxes to key workers at St Mary’s Paddington’ (pictured) 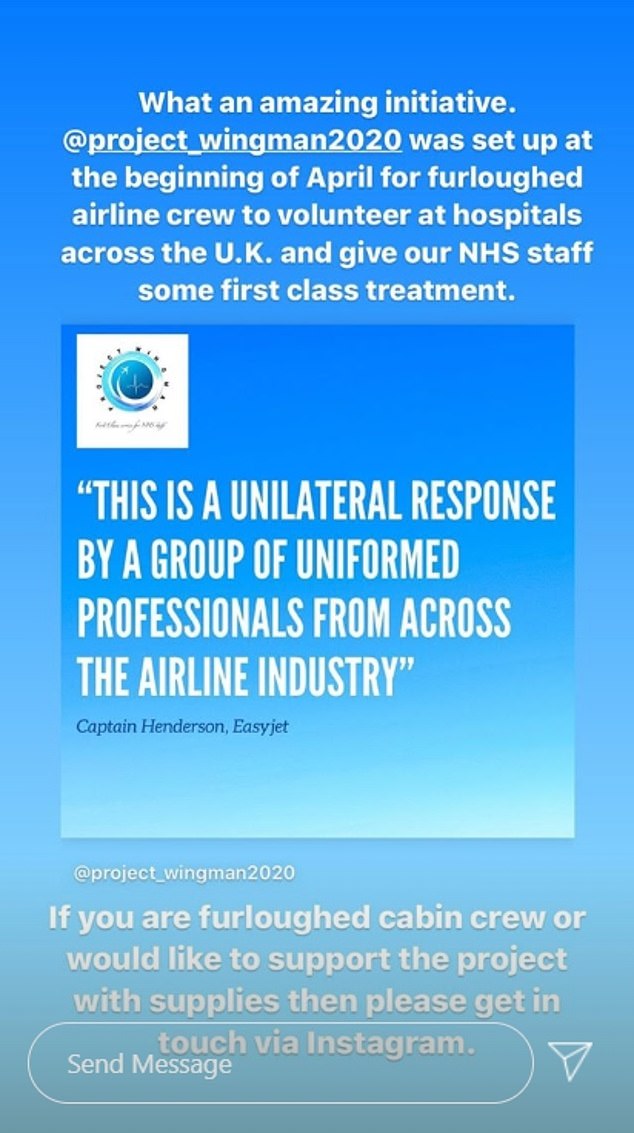 She became patron for the charity in 2013, and has spoken about the help she received from the centre during her years in school.

Her anniversary wasn’t the only thing Princess Eugenie has posted on social media recently.

Last week she shared a photograph on Instagram of key workers holding up a large box of fresh fruit and vegetables, and penned: ‘Thank you to @food_republic_wholesale for delivering boxes to key workers at St Mary’s Paddington.’

In a second post, she went on to praise a new ‘amazing initiative’ by @project_wingman2020, which was set up at the beginning of April for furloughed airline crew to volunteer at hospitals across the UK and to help give staff some first class treatment.

She said: ‘If you are furloughed cabin crew or would like to support the project with supplies then please get in touch via Instagram.’

Her mother Sarah Ferguson, Duchess of York, also took to Instagram to share a post showing workers with their deliveries and wrote: ‘Thank you so much to @eatfiid for the lunch pouches for Huddersfield Royal Infirmary.’ 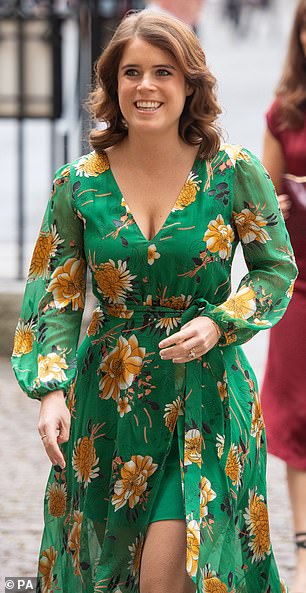 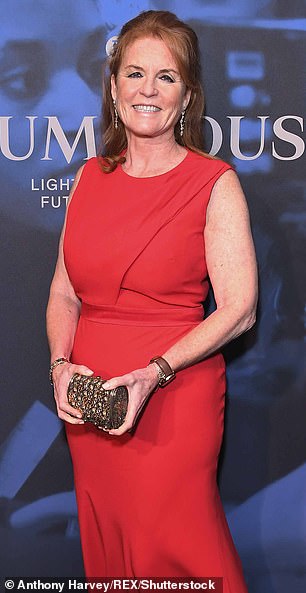 Both Princess Eugenie and her mother Sarah Ferguson, Duchess of York, have been sharing posts on Instagram recently praising people for their voluntary work throughout the lockdown