Foreign Secretary Dominic Raab has said the case of Princess Latifa is “concerning” and the pictures of her are “very distressing”, adding that people want to see that “she is alive and well”.

The Dubai princess has accused her father of holding her hostage in secret videos released to Sky News, following attempts to flee the United Arab Emirates (UAE).

Princess Latifa is a daughter of one of the world’s richest men, Dubai’s billionaire ruler Mohammed bin Rashid al Maktoum. 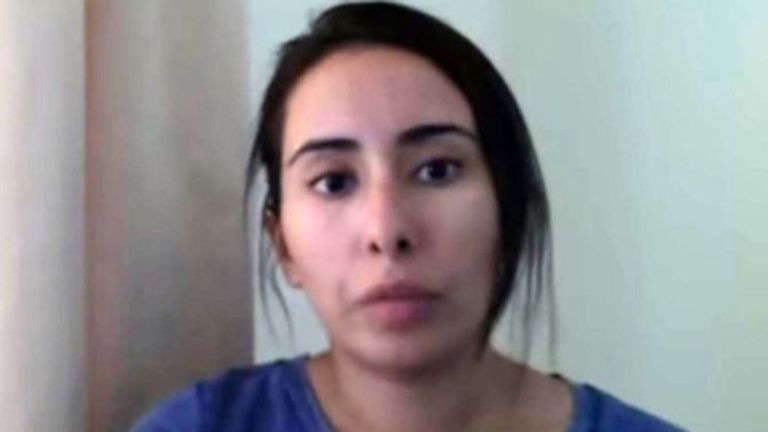 She escaped from Dubai in February 2018 but was forcibly returned the following month in what the royal family say was a rescue mission.

The 35-year-old claims she was beaten, drugged and imprisoned in a jail following her return, and has since been locked away in a royal villa and placed under armed guard.

She says she wants her passport and to be free to leave the UAE. 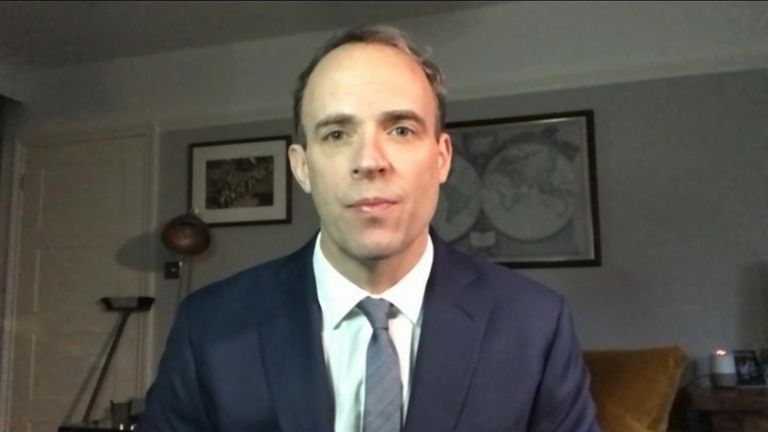 Mr Raab told Sky News it is “a very difficult case” and that the right course of action is to follow “closely” any developments as the United Nations investigates the matter.

“You can only watch the footage… and see that there is very distressing pictures of a very difficult case… I think it is concerning,” he said.

“We always raise human rights issues with all of our partners, including the UAE.

“The United Nations High Commissioner on Human Rights will be following up on what we have seen, and we will be watching and monitoring that very closely indeed.”

He added: “People just on a human level want to see that she is alive and well. Of course, that is a natural extinct and we would certainly welcome that.”

In a video message recorded on a mobile phone which friends managed to smuggle to the princess, she says: “So I am in a villa. I am a hostage. This villa has been converted into a jail. All the windows are barred shut, I can’t open any window.

“There are five policemen outside and two policewomen inside the house and I can’t even go outside to get any fresh air.”

She continues: “I am doing this video from a bathroom because it is the only room with a door that I can lock.

“The door to my room, I put, because I can’t lock the door to my room, there is no key, I put a bottle and some boxes underneath so if somebody opens the handle it will make a loud sound and it will be like an alarm so I stop talking. So yeah, this is my situation now.”

Her current whereabouts is unknown. 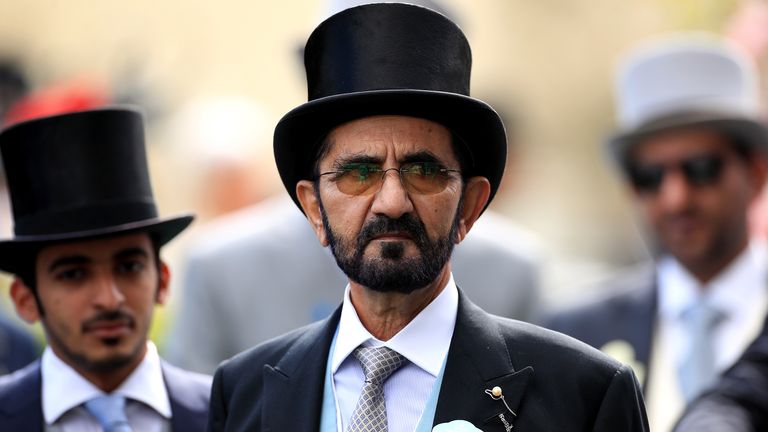 The video messages have now been passed – by her friends – to the United Nations to investigate.

A friend of Latifa, human rights campaigner David Haigh, who has previously been charged and detained in the UAE over fraud allegations, hopes the videos will encourage the UN and others to act.

He told Sky News: “We want politicians and former politicians and world leaders and celebrities and so-called influencers, the people that go to Dubai and the UAE and promote that country, to wake up and see what the reality is.

“People will be on those beaches in Dubai a few hundred metres away from where Latifa is essentially in solitary confinement, a hostage.”

Last March, a London High Court judge said he accepted as proved a series of allegations made by the Dubai ruler’s former wife, Princess Haya, in a legal battle, including that the sheikh ordered the abduction of Latifa.

The sheikh’s lawyers rejected the allegations.