Lawyers representing three men, who arrived in Britain on small boats during the summer, mounted a successful challenge in a bid to halt the flight to Madrid, which had been chartered by Home Office officials.

Ms Patel said in a statement: ‘We are bitterly disappointed with the court’s ruling, which has prevented us from returning people who have no right to be here.

‘This case has not abated our determination and we have more flights planned in the coming weeks and months.’ 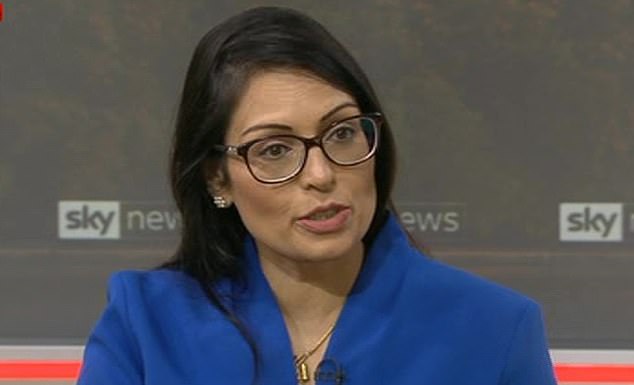 Home Secretary Priti Patel, pictured, said she is ‘bitterly disappointed’ by a High Court ruling grounding a flight to Madrid which had been chartered by Home Office officials

The asylum seekers’ lawyers raised concerns that passengers could end up destitute in Spain and said the three men should not be flown to Madrid until more investigations had been carried out into Spanish immigrant reception facilities.

Lawyers representing Ms Patel had argued that the flight should be allowed to leave and said Spanish authorities could be trusted to comply with their obligations to asylum seekers.

But Sir Duncan Ouseley on Wednesday ruled in favour of the three men, and said the flight should not leave, after considering rival arguments at a High Court hearing in London.

The three men, a Syrian and two from Yemen, had travelled to Britain from north Africa, but had first set foot on the European mainland in Spain, the judge heard.

Spanish authorities had agreed they should be returned and make asylum claims in Spain.

Other immigrants due to be on the flight scheduled early on Thursday are thought to be in a similar position. 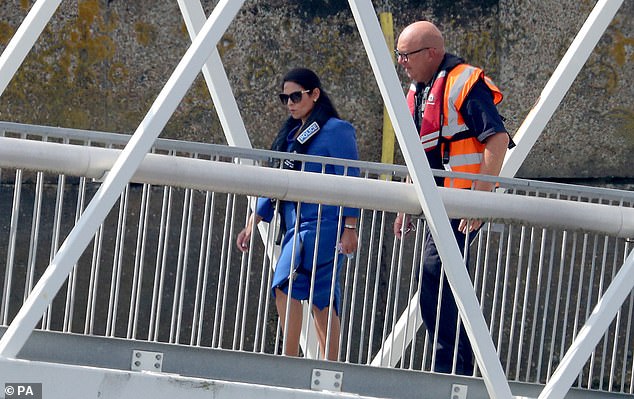 Ms Patel pictured in Dover, Kent, last month, the day after she appointed Dan O’Mahoney to a new role, as the Clandestine Channel Threat Commander

Lawyers representing the three men said there had been criticism of Spanish reception facilities, with reports of asylum seekers being forced to sleep rough because the border post at Madrid Airport had been ‘overwhelmed by demand’.

The three men were vulnerable and had mental health issues, lawyers said.

He said the charter flight should not leave until that issue had been fully investigated at a trial.

The judge said that a trial should be staged in the near future.