Private prosecutions: the realm of the whacky or power abuse safeguard?

A recognisable name – Lisa Hannan – cropped up on the Melbourne Magistrates Court list last week as a defendant in case number M11276622.

Known names do appear in the list from time to time – there are a few Scott Morrisons fronting court at the moment – but normally it’s not the famous persona.

Surely then this was not the same Lisa Hannan who is the current Chief Magistrate of the court? Yes, court staff informed The Age, it was indeed one and the same. 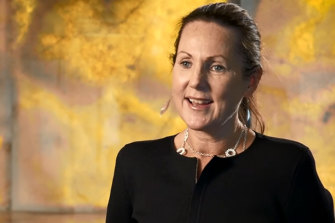 The private prosecution against Chief Magistrate Lisa Hannan, pictured here in 2019, was quickly dismissed in court.

The case was brought not by a prosecutor, nor a police officer, but rather an ordinary citizen who, like anyone in Victoria, can pay $85.70 and file a criminal charge in court.

Private prosecutions, as one barrister described, have a reputation for being brought by the wacky and obsessed, but private prosecutions have a long history that can be traced back to the very beginning of the justice system. 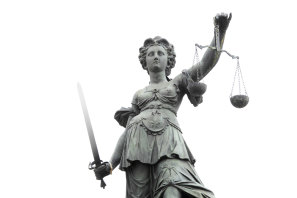 Before there was a modern-day justice system, victims would have to bring their own criminal cases to the King’s courts.Credit:Istock

Before there were police forces and prosecutors, offenders would be apprehended and charged by victims of thefts, assaults and rapes, or in the case of murder, the victim’s family.

Dr Kirchengast said prosecutions were usually launched in the hope of encouraging a settlement of land or money from the offender. With no jails, hanging the offender was a punishment option, but more often offenders were branded with hot irons or thrown into the stocks.

But private settlements were not an effective way of maintaining “peace of the realm”, Mr Kirchengast said, and the role of a prosecutor was eventually created to run cases in the interest of the Crown, including offences of violence, arson and fraud of the king’s coinage.

Even with the advent of professional police and prosecutors, private prosecutions still exist and are seen on the court list every day. Municipal councils, building authorities and animal welfare group the RSPCA, for example, pursue cases through the courts by way of private prosecutions. 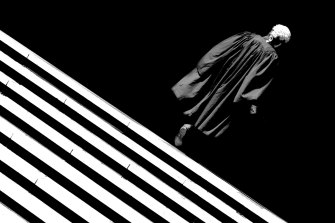 The role of the Crown prosecutor was created to pursue cases seen to be in the King’s interest, before police forces and the independent offices of public prosecutions came in to existence.Credit:Fairfax Media

While various historical law reform reports noted private prosecutions brought by individuals were open to abuse by frivolous and vexatious litigants against public officials, Victorian barrister James Catlin said they were an avenue for people dismissed by authorities.

“Private prosecutions are an extremely important supplement to the unreviewable discretion of the police not to prosecute,” Mr Catlin said.

A private prosecution was brought against prison officers in NSW after the Nagle royal commission into the state’s prison system, which failed. In the United Kingdom in 2018, a former car dealer was convicted and jailed for investment fraud as a result of a private case.

More recently, there’s been media reporting on left-leaning political party the New Liberals’ desire to take on former Attorney-General Christian Porter over an allegation of a historical rape, after police closed their investigation without laying charges. Mr Porter has denied the allegation.

In practice, private prosecutions are dead-letter, Mr Catlin said. Though there’s little in the way of publicly available and recent statistics, the Australian Law Reform Commission said in one of its reports that people were often put off by the significant costs of running a criminal case.

And that’s only if the case isn’t nobbled at the door of the court with the Director of Public Prosecutions having the power to overtake and discontinue private prosecutions that they decide have no reasonable prospect of success or are not in the public interest.

In the case of the citizen v Lisa Hannan in the Melbourne Magistrates Court last week, the case came and went with barely a whimper.

The man, who describes himself on Twitter as “just some guy…arguing with random strangers”, tuned in to the hearing over video link from what appeared to be his home.

His extraordinary charge against the Chief Magistrate – one count of attempting to pervert the course of justice – was taken over by the Office of Public Prosecutions and promptly withdrawn.