Protesters outside a Canadian court demanding the release of a Huawei executive under house arrest have admitted to being paid actors.

Two actresses involved in a demonstration supporting Meng Wanzhou outside the British Columbia Supreme Court in Vancouver on Monday say they were duped into attending, thinking they were being hired as extras in a film.

Julia Hackstaff, 32, said she was offered $76 for two hours of work, but left the demonstration after five minutes when she realized it was real. 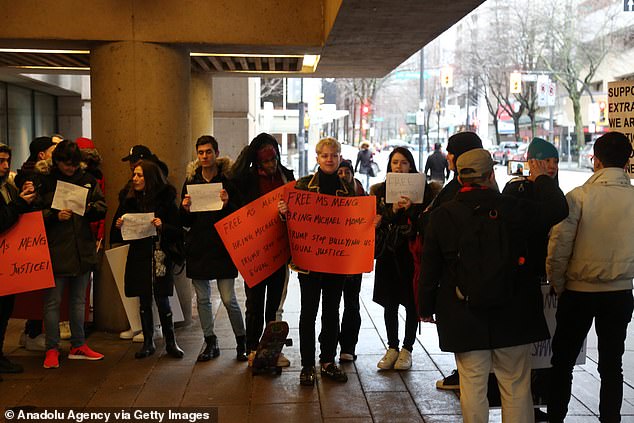 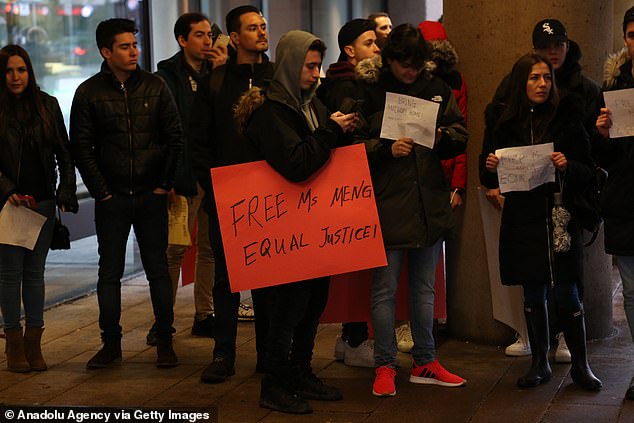 But several left after just a few minutes, before telling journalists that they had been duped into taking part by being told they were extras in a film

She said she showed up for the job, was handed a poster and was then immediately approached by a journalist asking her why she had come.

Hackstaff said she left soon after that, and wasn’t paid for her time.

Writing on Facebook, she said: ‘I feel cheated, used, abused, angry, deeply saddened and emotions that I don’t even have words to describe.

‘It’s been a nasty and exhausting 36 hour nightmare.’ 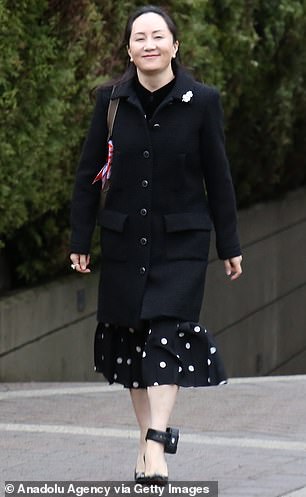 Banners included slogans such as ‘free Meng’ and ‘Trump stop bullying us’.

She said she had been contacted for the job by an acquaintance she had not met before, but had good reason to trust.

Another protester, Ken Bonson, gave an identical account to the Toronto Star, saying she ‘had no idea what I was going into.’

‘I’m honestly pretty ashamed and embarrassed,’ she said, explaining that she had not known about Meng or her legal saga.

It is not clear who fronted the money for the actors. Huawei denied any responsibility, while the Chinese embassy in Ottawa didn’t respond when contacted.

Meng, Huawei’s chief financial officer, was first arrested in December 2018, accused of fraud and has been under house arrest in Canada ever since.

The US alleges she lied to HSBC about Huawei’s relationship with its Iran-based affiliate Skycom, putting the bank at risk of violating US sanctions against Tehran.

Meng has denied the allegations.

Her extradition hearing began Monday is scheduled to last until Friday, then adjourn until a second phase scheduled for June. 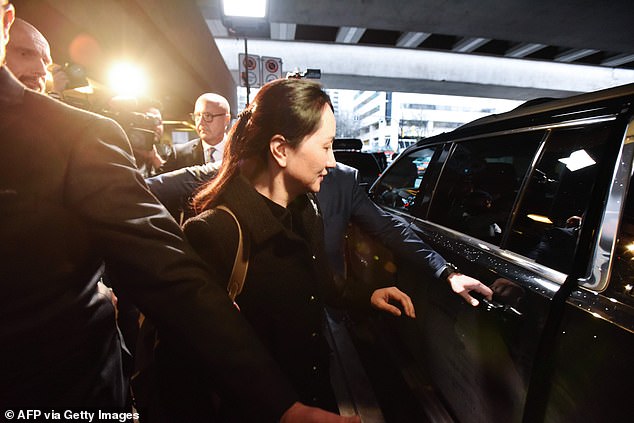 Two protesters say they had no idea who Meng was or about her legal case. They say they were offered $76 for taking part in the protest, but refused the money 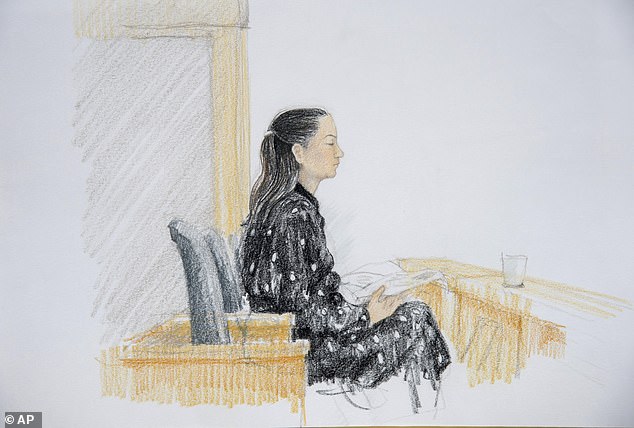