Protesters swarmed Amazon headquarters in Seattle on Saturday to demand that the company fork-out millions in proposed taxes.

More than 100 people participated in the ‘March on Amazon’ protest which began at Seattle Central College before heading over to Amazon headquarters in South Lake Union, according to KOMO News.

‘We are demanding council to not backslide on $75million dollar tax,’ said city council-member Kshama Sawant, who organized the protest along with the Affordable Housing Alliance. 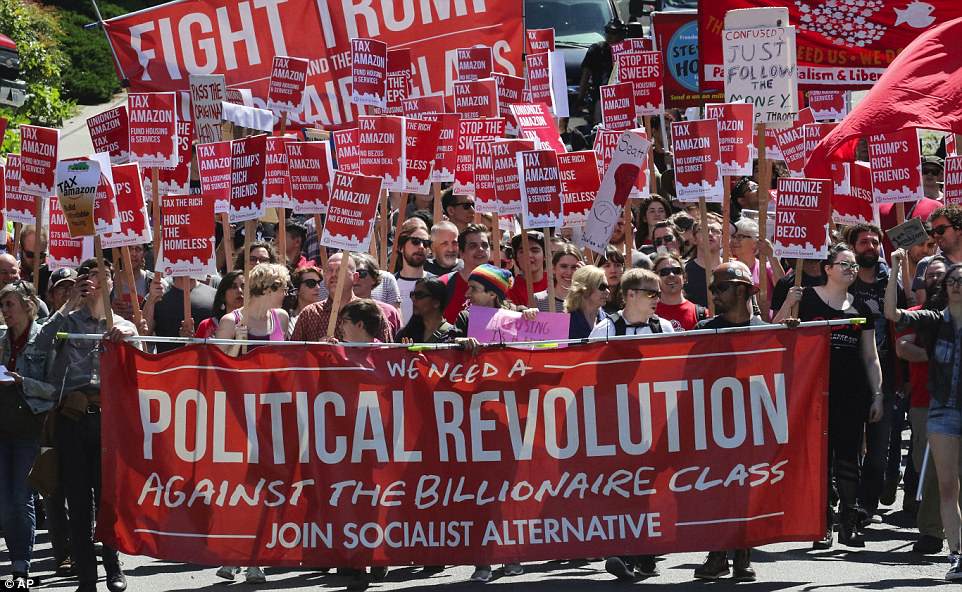 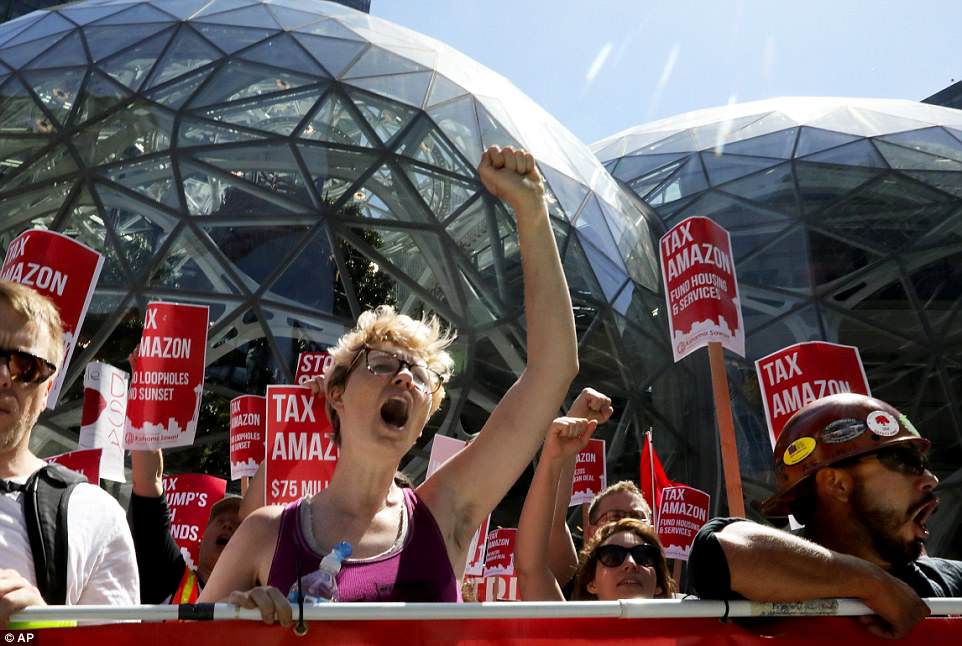 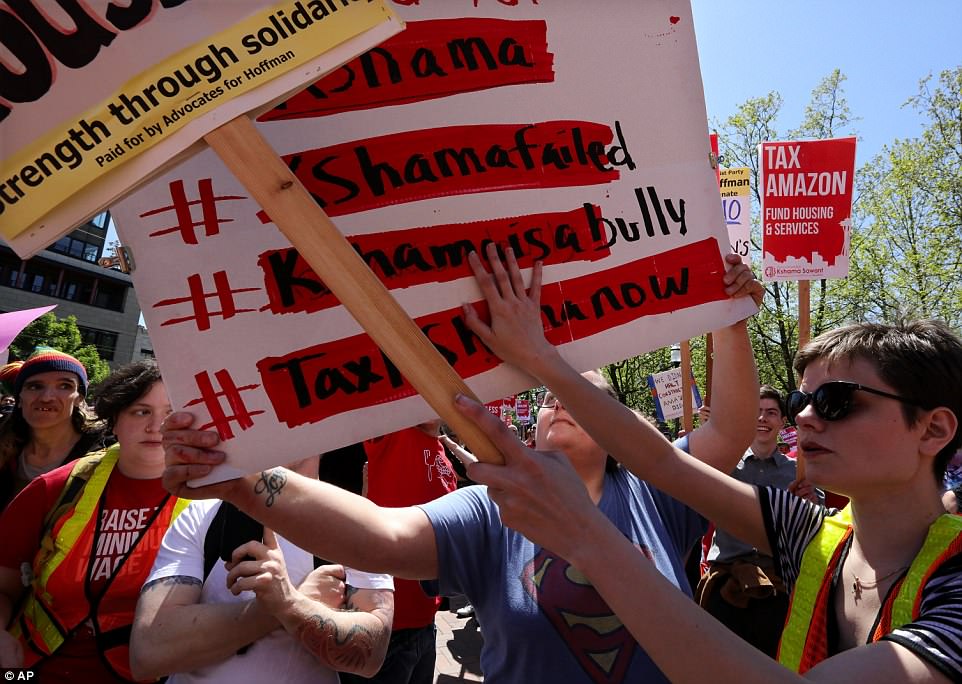 After beginning at Seattle Central College, the march headed over to Amazon headquarters in South Lake Union